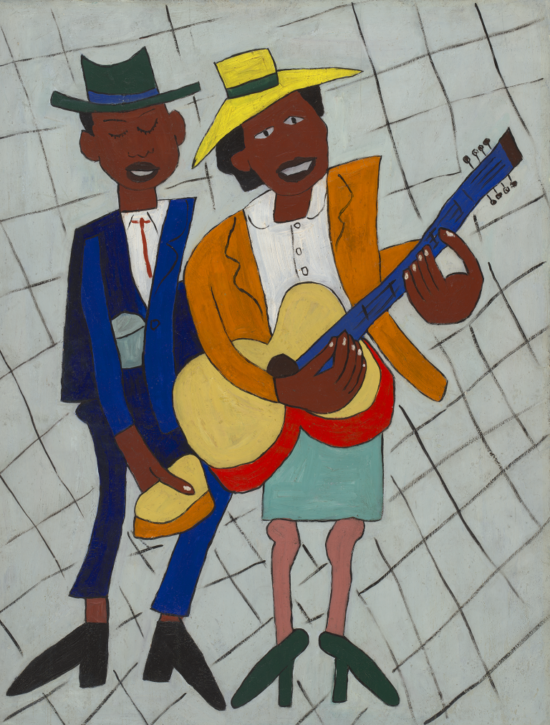 Storied Strings: The Guitar in American Art is the first exhibition to explore the instrument’s symbolism in American art from the early 19th century to the present day. Featuring 125 works of art, as well as 35 musical instruments, the exhibition will demonstrate that guitars figure prominently in the visual stories Americans tell themselves about themselves—their histories, identities, and aspirations. The accompanying 300-page catalogue positions the guitar within a nexus of art, music, literature, and cultural histories. After its run at the Virginia Museum of Fine Arts, Storied Strings: The Guitar in American Art will travel to the Frist Art Museum, in Nashville (May 26–August 13, 2023).

The works in Storied Strings are divided into nine sections: Aestheticizing a Motif; Cold Hard Cash; Hispanicization; Parlor Games; Personification; Picturing Performance; Political Guitars; Guitars and African American Art; Re-Gendered Instruments. The exhibition also features smaller thematically arranged niche spaces, including The Blues; Women in Country Music; the Visual Culture of Early Rock and Roll; Hawaii-ana; and Cowboy Guitars. Linking these disparate themes is the premise that the guitar, as a visual motif, has long enabled artists and their human subjects to address themes and tell stories that otherwise would go unremarked or under-told.