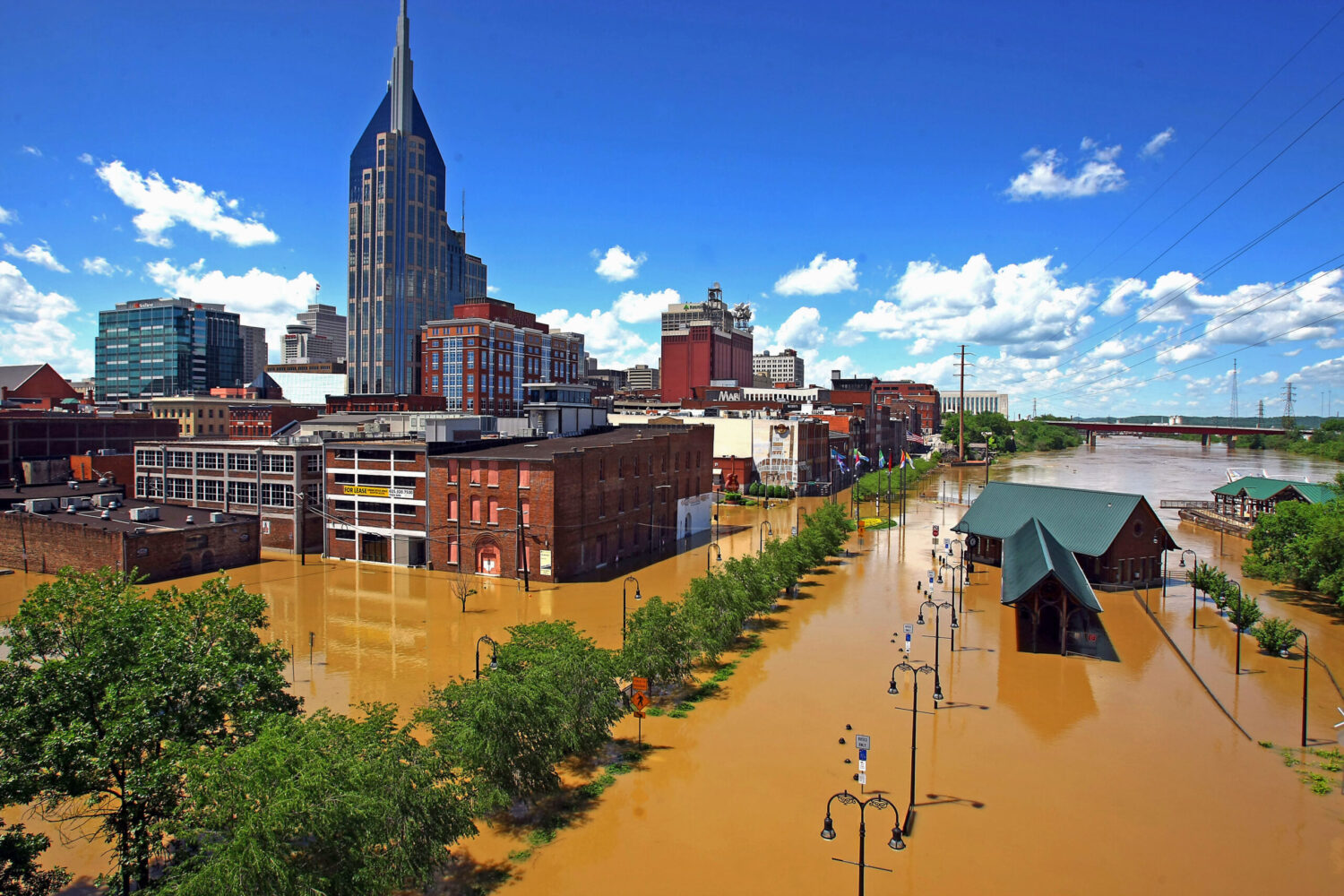 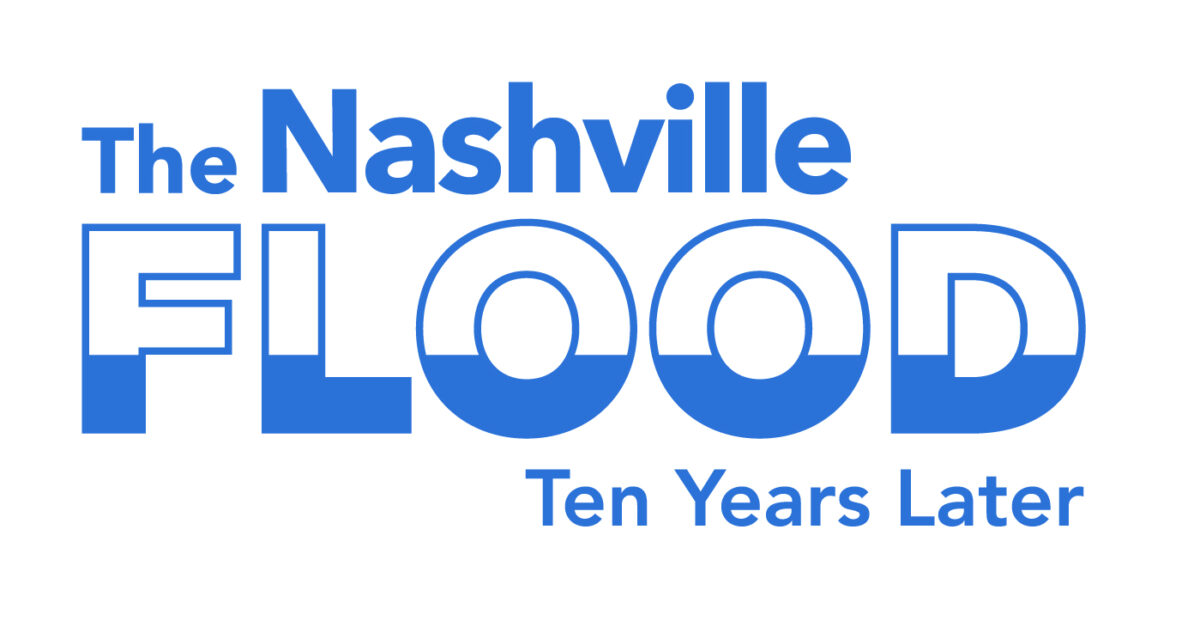 On Saturday, May 1, and Sunday, May 2, 2010, a record-breaking rainfall of over thirteen inches caused major flooding throughout Middle Tennessee. The Cumberland River crested almost twelve feet above flood stage, and smaller waterways such as Browns Creek, Mill Creek, Richland Creek, Whites Creek, and the Harpeth River also flooded, wreaking havoc across the city. Thousands of homes and businesses, including the Grand Ole Opry, the Opryland Hotel, and the Schermerhorn Symphony Center, were damaged or destroyed. Twenty-six people in the region died—eleven in Nashville. Despite the intensity of this historic event, it received little national media attention, primarily because of other compelling news stories and because—unlike some natural disasters—the recovery process was remarkably organized and smooth.

This exhibition featured photographs and excerpts of oral histories from ten different neighborhoods—including Antioch, Belle Meade, Bellevue, Bordeaux, and others, in addition to downtown—to present a broad picture of both the destruction and the relief efforts. Parts of the story may be unfamiliar to Nashville newcomers, while some residents who were here in 2010 may have been too preoccupied with their own situations to follow what was happening in other areas.

The items in this exhibition came largely from the Nashville Public Library’s extensive flood archive and The Tennessean newspaper. On a video monitor, we illustrated the long-term impact of the flood by pairing photographs from 2010 with ones from 2020. In downtown Nashville, the recovery marked the beginning of a rapid construction boom that has transformed the city’s skyline. In some areas, though, less progress is evident, signifying inequities in rebuilding. Many people, however, recall the heroic rescue efforts and the spirit of volunteerism from this event, which forever changed Music City.

How have you seen communities come together during recent challenges? @FristArtMuseum #NashFlood. 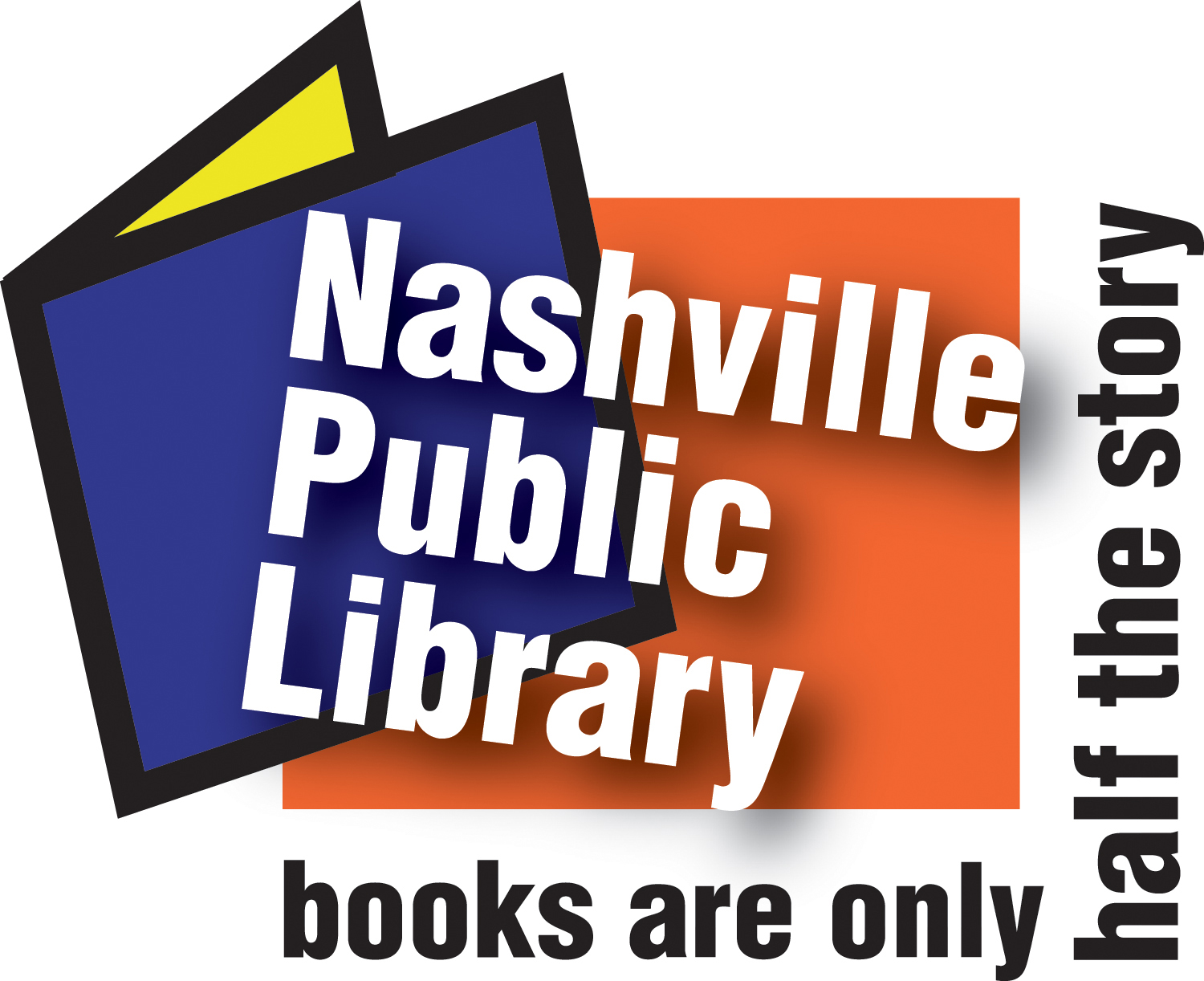 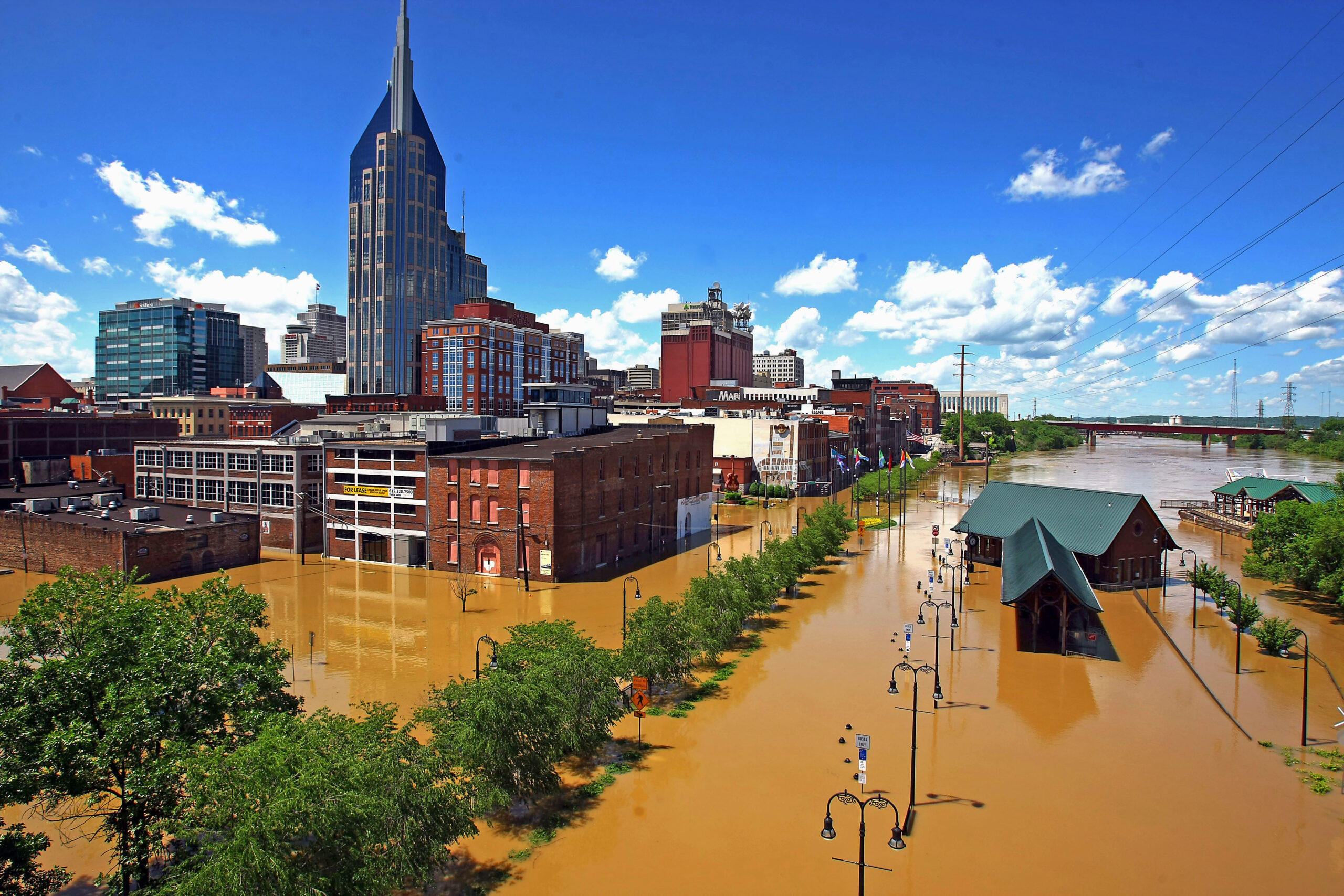 The Cumberland River overflowed its banks in 2010, causing floodwaters to rise around the riverfront area and several blocks of downtown Nashville. May 3, 2010. Courtesy of The Tennessean. Photo: Larry McCormack 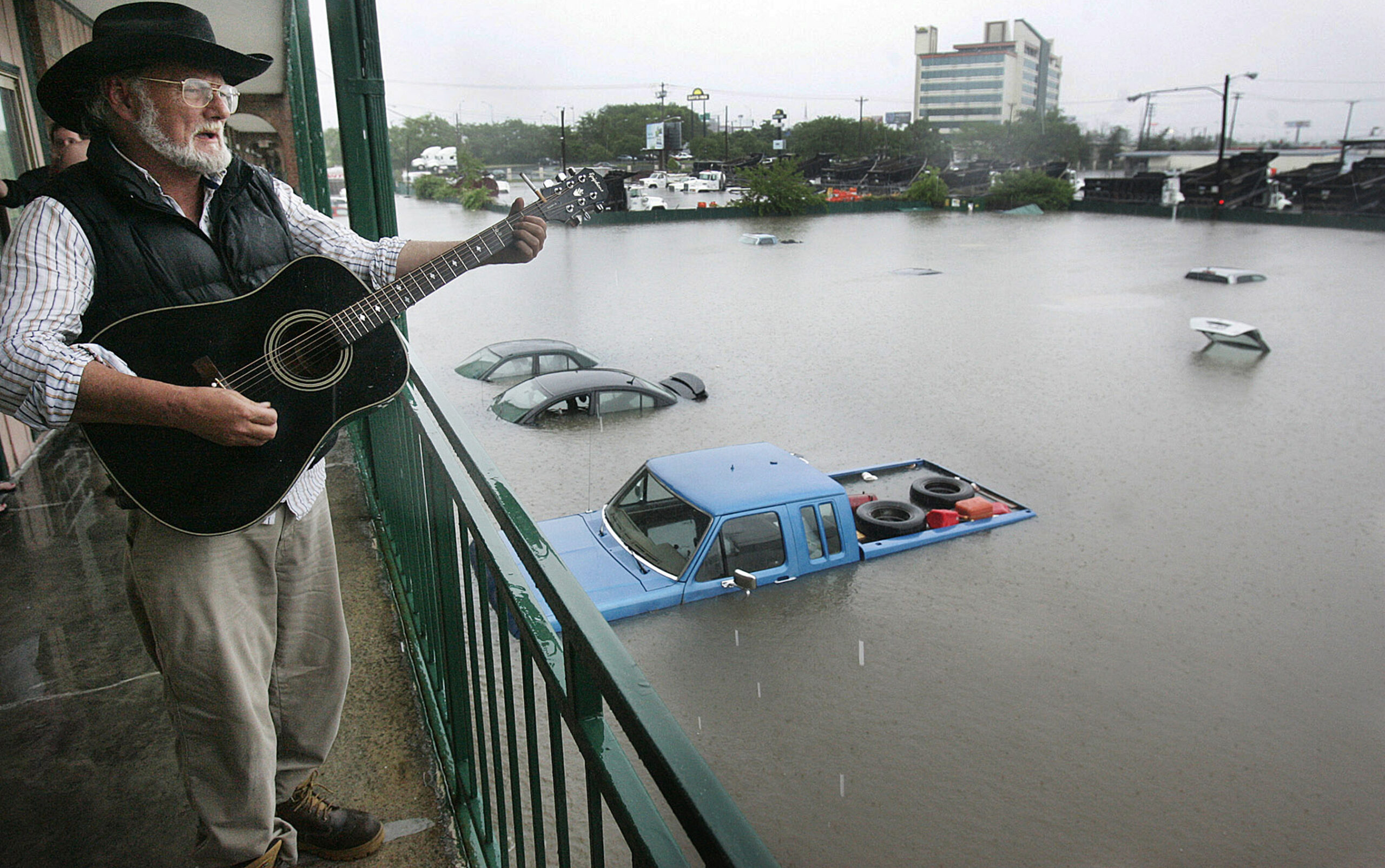 Dover Anthony sings as he looks at the parking lot of the Knights Inn motel. May 2, 2010. Courtesy of The Tennessean. Photo: John Partipilo 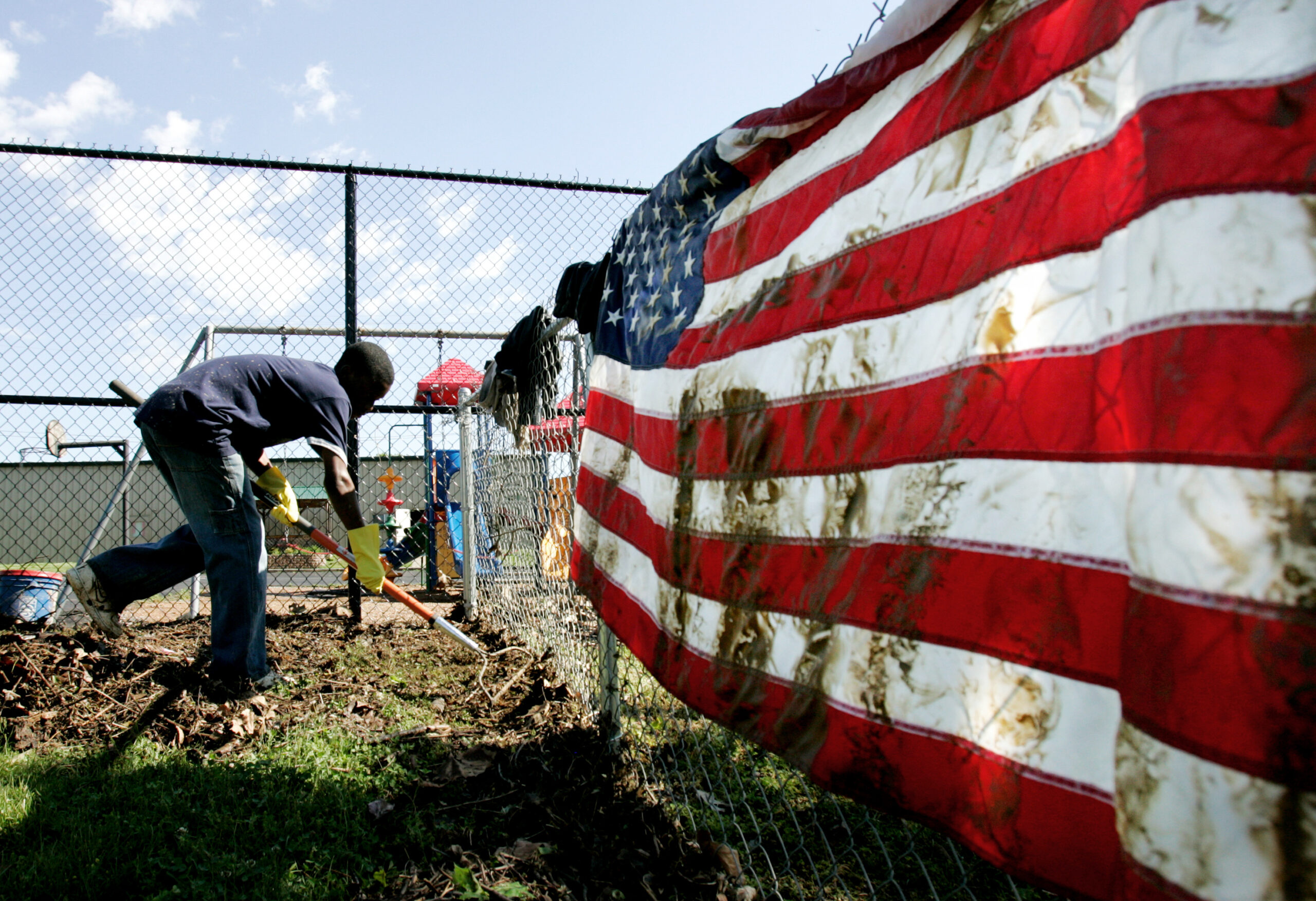 An American flag hangs on a fence to dry as Lighthouse Christian School student Noah Jackson, 12, cleans debris from his school’s athletic fields, which were submerged during the flood. May 3, 2010. Courtesy of The Tennessean. Photo: Shelley Mays 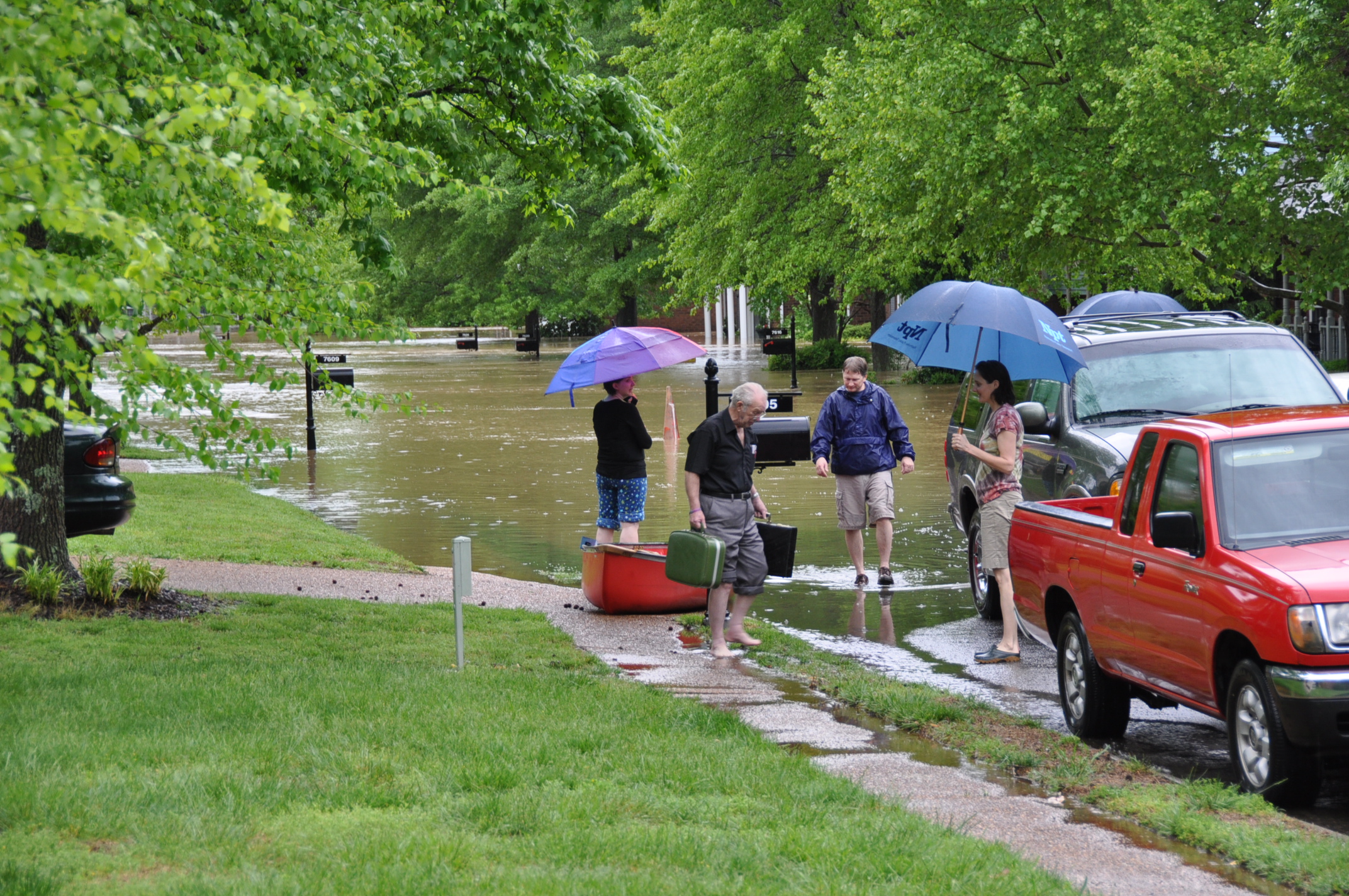 Residents are canoed to higher ground. May 1 or May 2, 2010. Courtesy of the Nashville Public Library, Special Collections. Photo: Clinton Larson 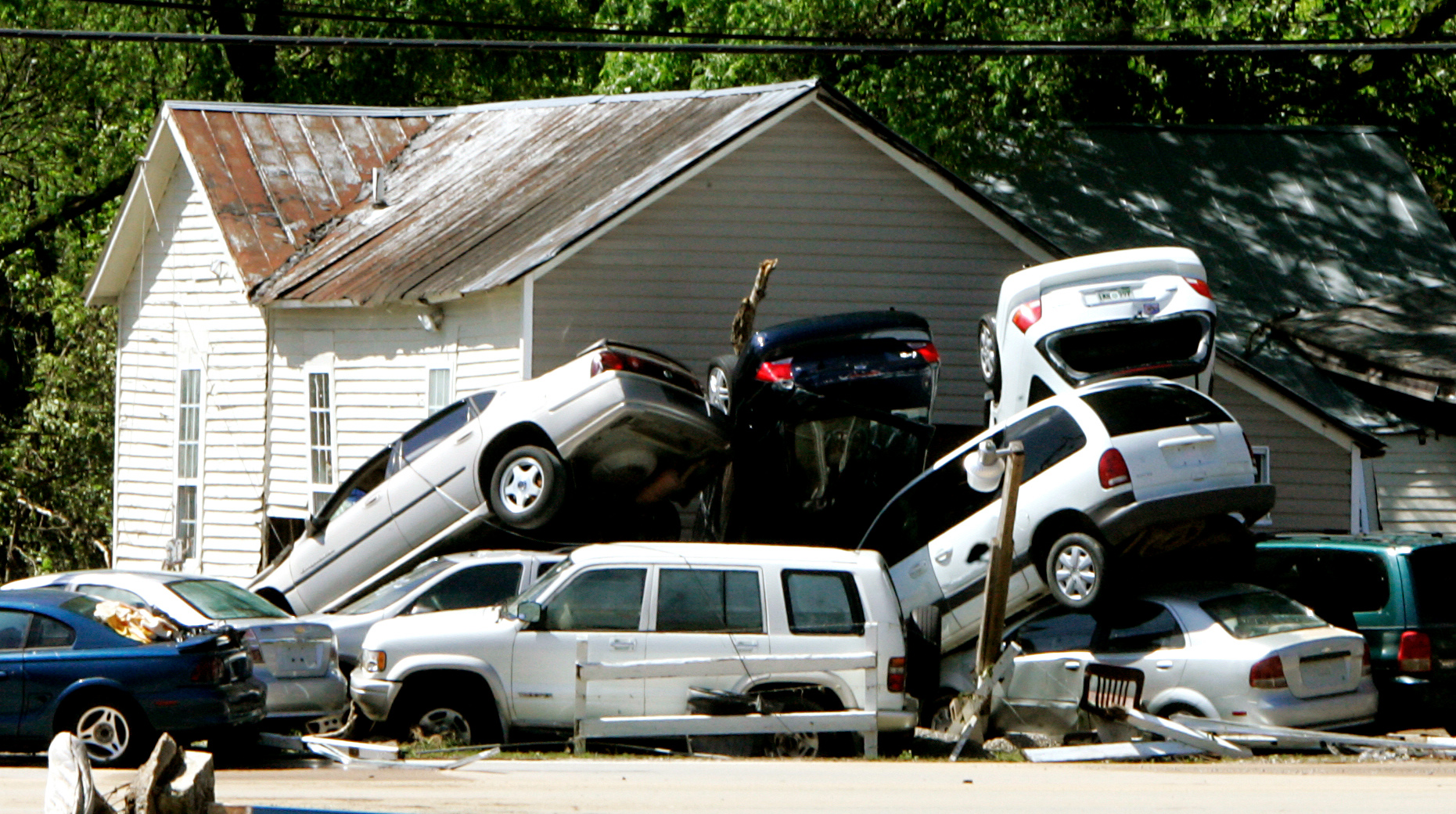 Cars are piled on top of one another as a result of flooding on Antioch Pike near Blue Hole Road. May 3, 2010. Courtesy of The Tennessean. Photo: Shelley Mays 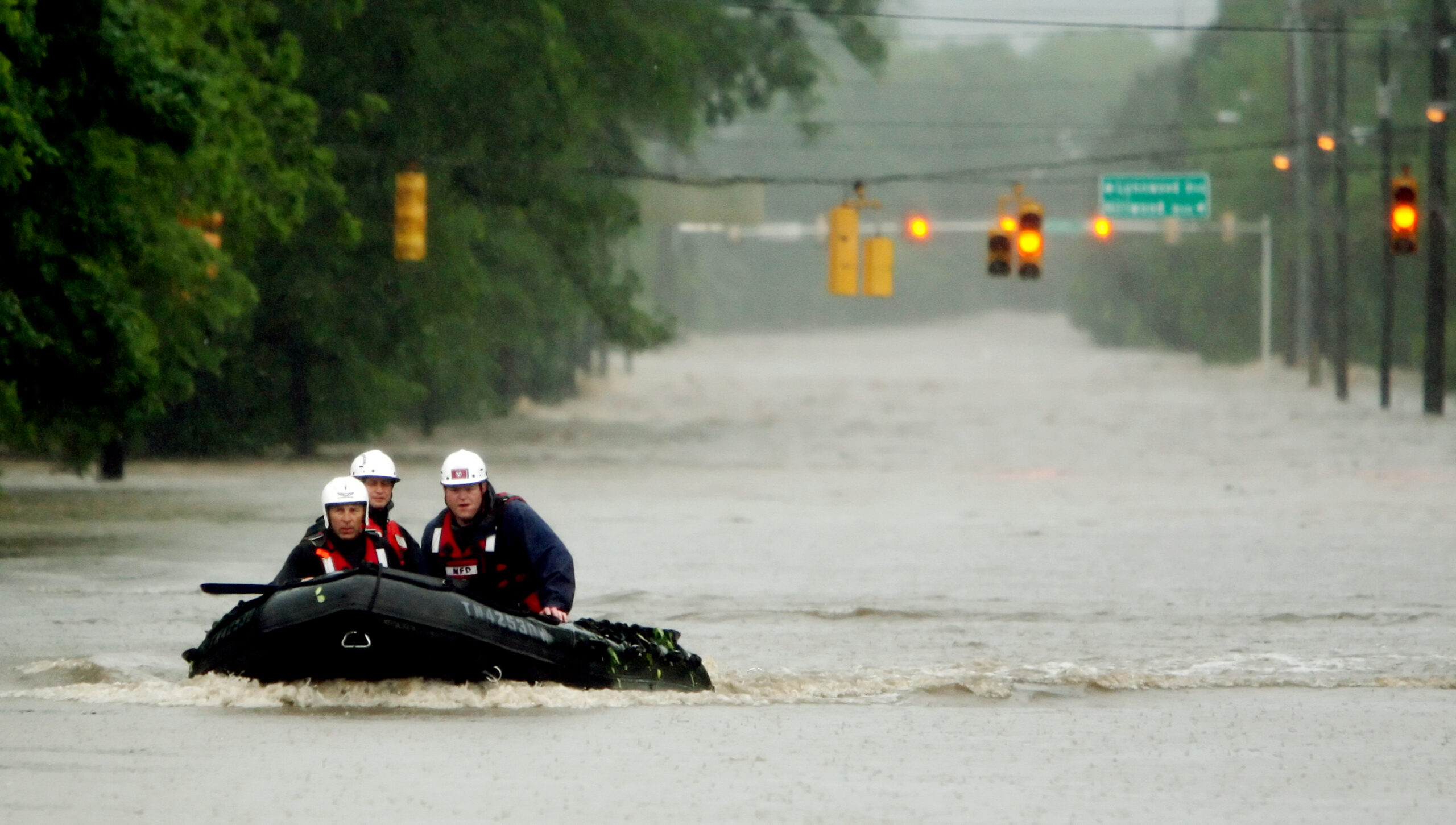 Members of Metro Fire Department’s Special Operations division head toward a Belle Meade police officer stranded on Harding Pike. Officer Norm Shelton clung to a tree for an hour before being rescued. May 2, 2010. Courtesy of The Tennessean. Photo: Shelley Mays 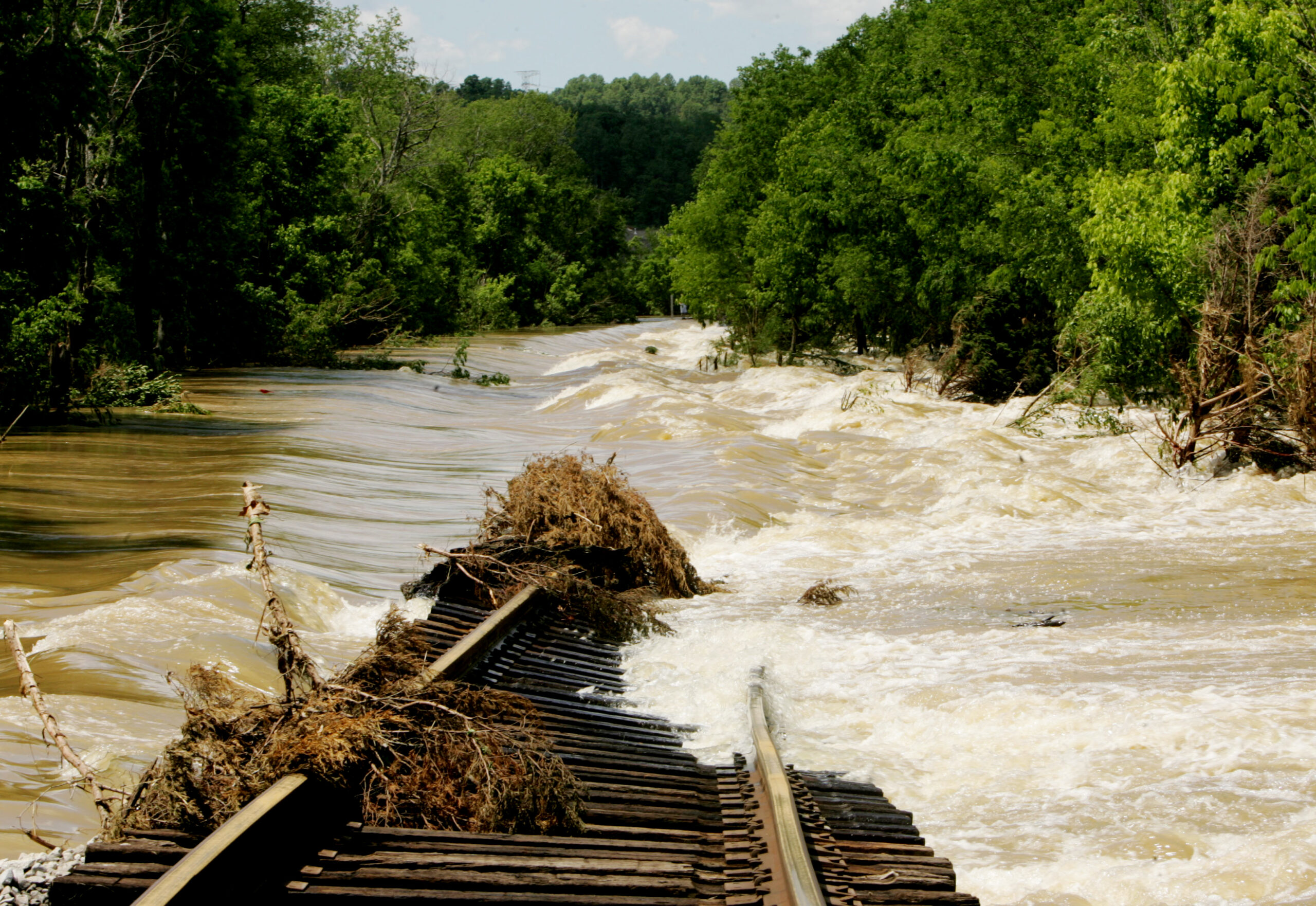 Fast-moving floodwaters destroyed these train tracks behind the Poplar Ridge condos off of Coley Davis Road. May 3, 2010. Courtesy of The Tennessean. Photo: Sanford Myers 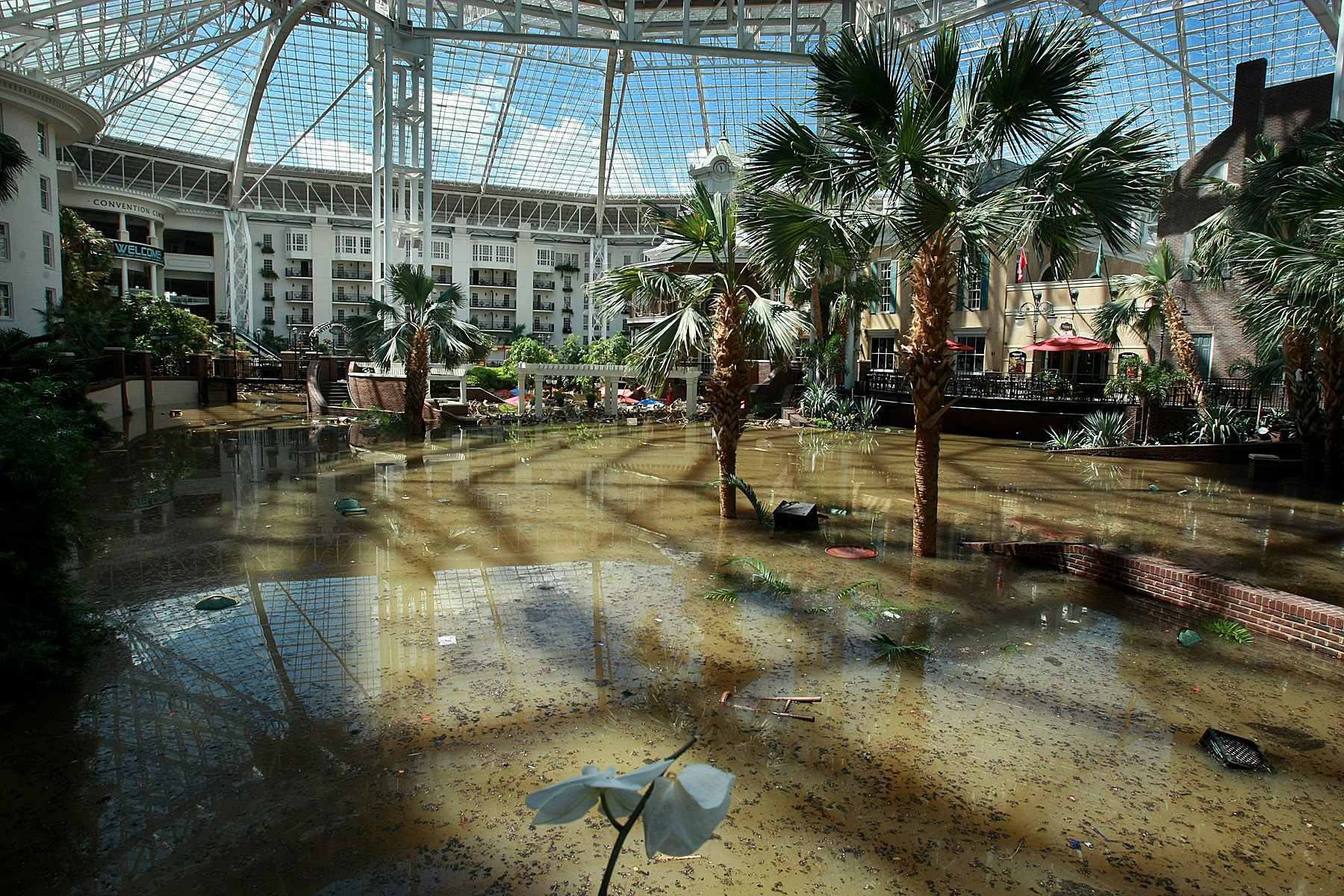 The Delta Portico of the Opryland Hotel was completely under water. The complex was closed for 195 days during rebuilding, which was a financial blow to the city. May 2, 2010. Courtesy of The Tennessean. Photo: John Partipilo 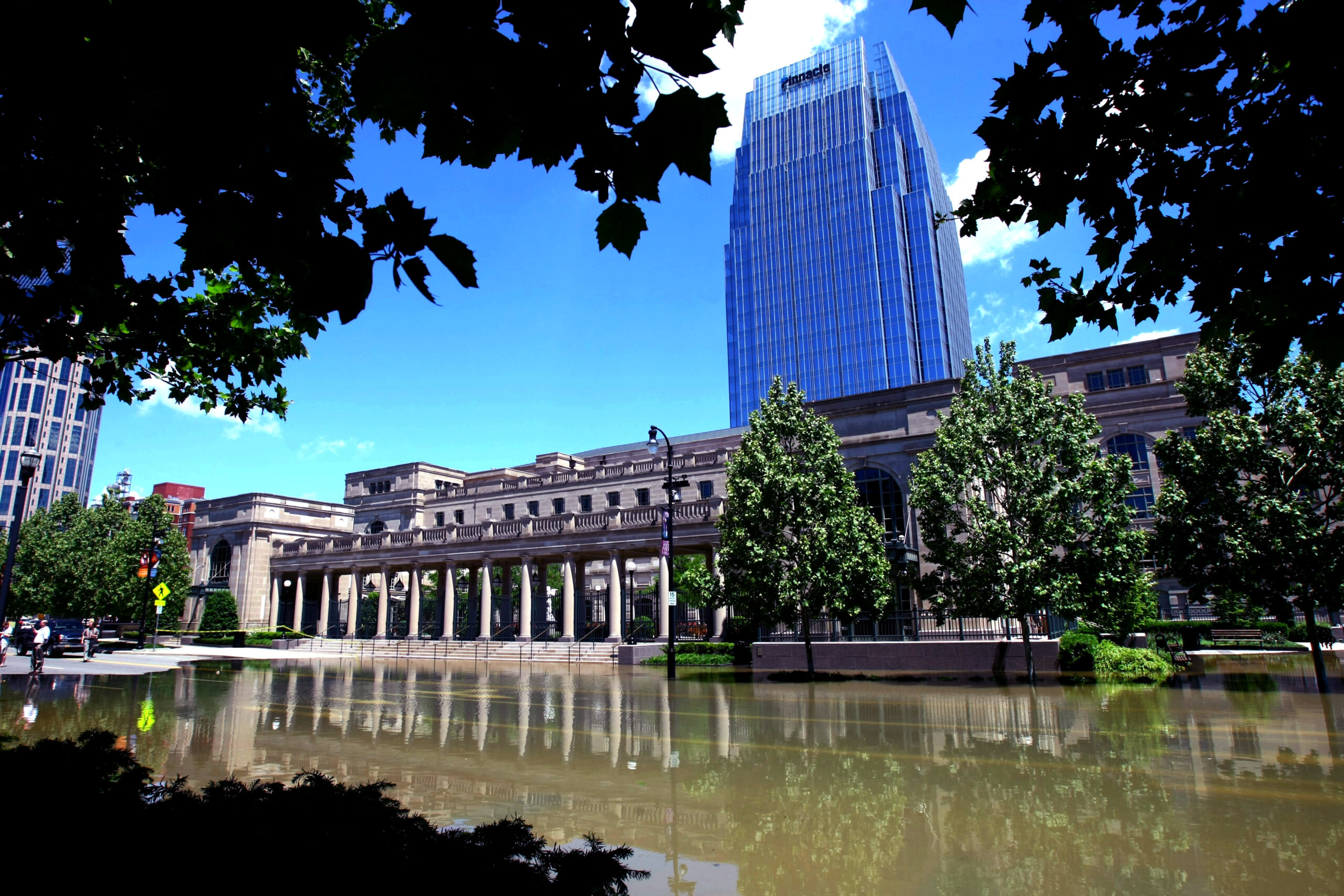 ‘This was a major event in our city’s history.’ The Frist opens commemorative gallery on 2010 flood