Ragnar Kjartansson: The Visitors is a hypnotic and immersive multichannel video installation of musicians performing in a historic mansion in New York’s Hudson River Valley. Combining the Icelandic artist’s interests in music, endurance, and beauty, the hour-long, nine-screen video was called “a generational masterpiece” by The Boston Globe.

The seductive music and lighting, combined with the shabby elegance of the nearly two-hundred-year-old Rokeby Farm home owned by the famed Astor family and their descendants, create a lulling and wistful atmosphere for a work that explores a range of human emotions. Seen in the gallery, the installation prompted viewers to become physically engaged with the work and move from one screen to another in response to the intimate flow of music and imagery. Eight screens each show a single musician—on cello, piano, accordion, or another instrument—playing and singing in accompaniment to Kjartansson, who strums his guitar while sitting in a bathtub. The ninth screen is fixed on the porch, where a group of musicians, residents of the house, and friends have gathered. Throughout the performance, a haunting melody and lyrics are repeated and altered, becoming an absorbing mantra with nuanced repetitions. As a critic for The New York Times observed, the music is “alternately tragic and joyful, meditative and clamorous” and it “swelled in feeling from melancholic fugue to redemptive gospel choir.” 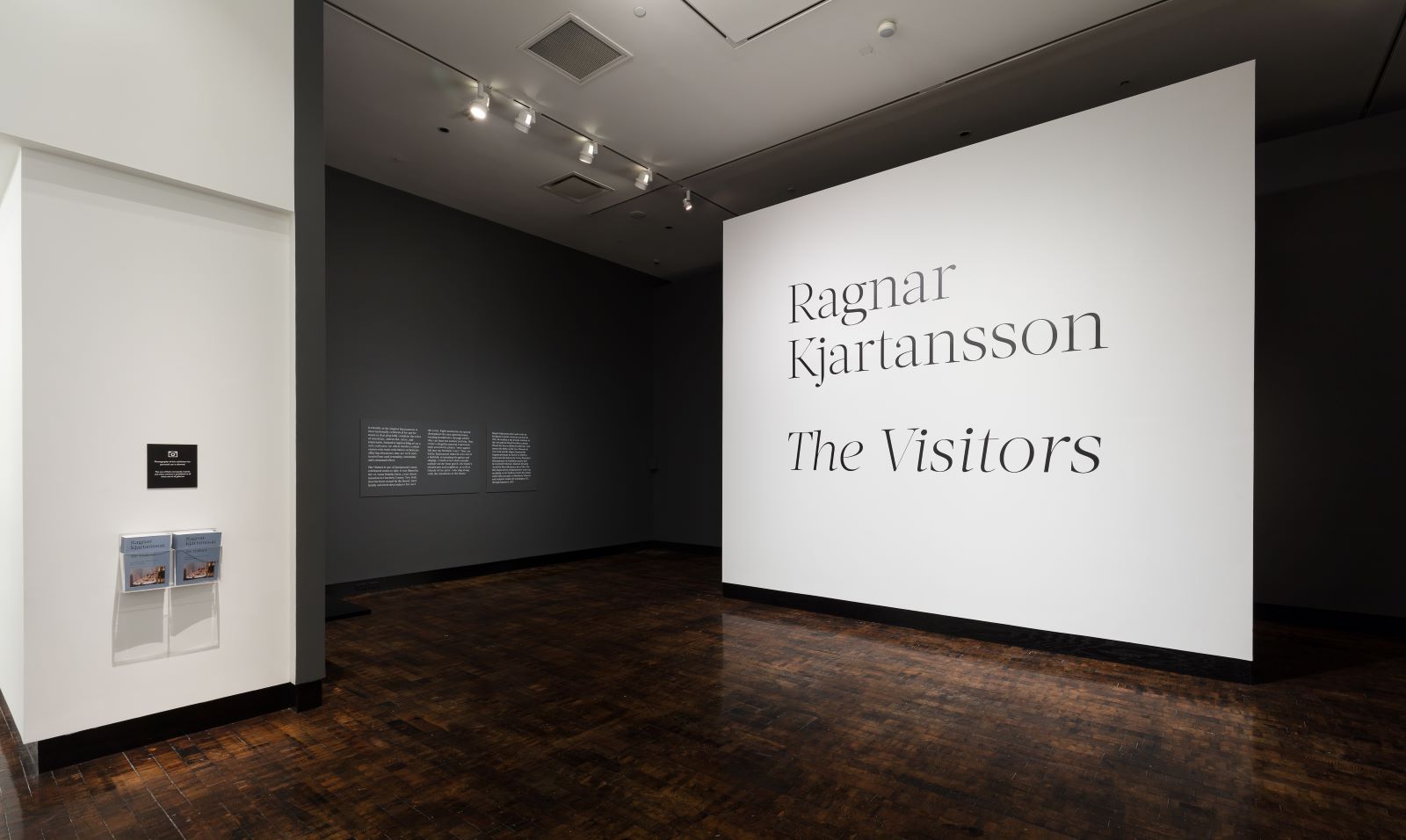 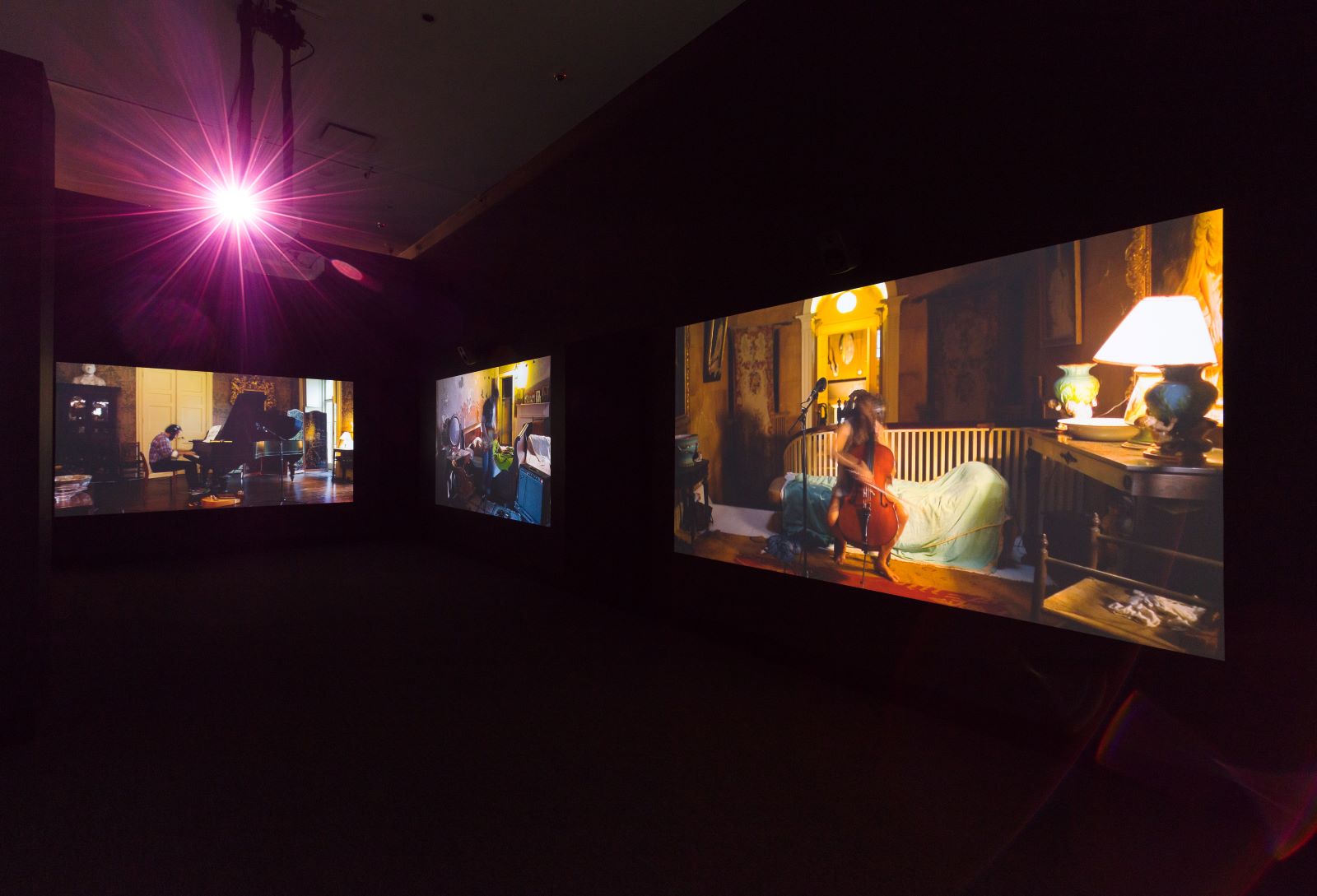 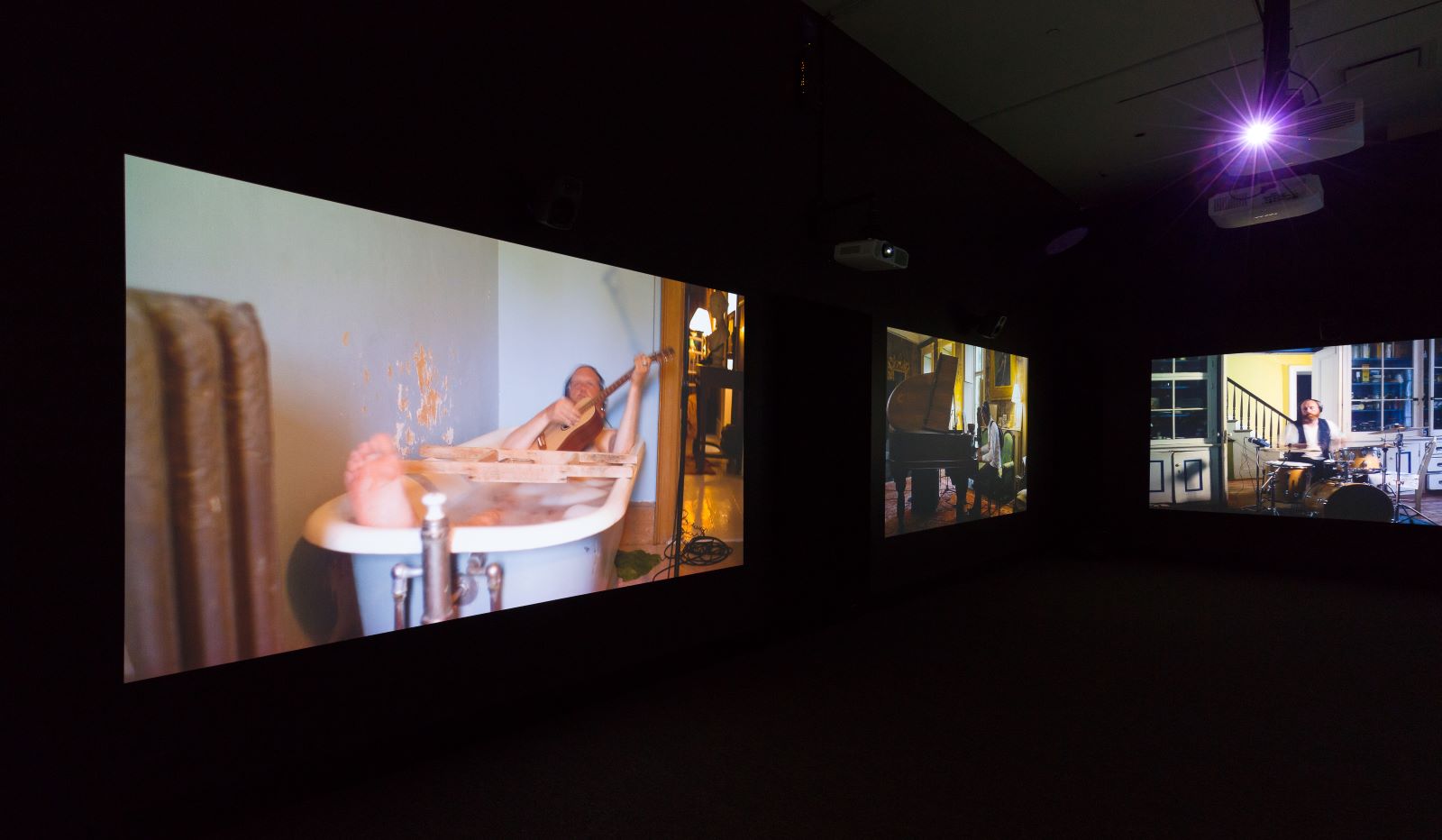 The historical Buddha lived in the sixth century BCE. Born Siddhartha Gautama in Lumbini (present-day Nepal), he renounced his life as a prince to pursue a spiritual calling. The titles Buddha (enlightened or awakened one) and Shakyamuni (sage of the Shakya clan) were awarded to him as he traveled throughout present-day northern India, teaching what is now called Buddhism. Images of the historical Buddha, Shakyamuni, are prevalent throughout the Buddhist world, as are depictions of great events from his many lifetimes, especially his miraculous birth, departure from home, attainment of enlightenment, first sermon at Deer Park, and realization of nirvana upon his final death.

In conjunction with Secrets of Buddhist Art, the Mystical Arts of Tibet, a touring company of monks from Drepung Loseling Monastery (exiled from Tibet and currently based in South India) constructed a mandala with colored sand over the course of five days (February 10–14, 2017).

Mandalas are circular designs that are intended to represent the universe or a cosmic order. The making of temporary sand mandalas is an expression of devotion unique to Tibetan Buddhism. This mandala is a diagram of Avalokiteshvara’s celestial palace. As the monks filled in the mandala, they translated their internal meditations on the deity into this physical work of art. The ritual and resulting mandala invoke the limitless understanding of Avalokiteshvara and bring healing and well-being to all who see them. 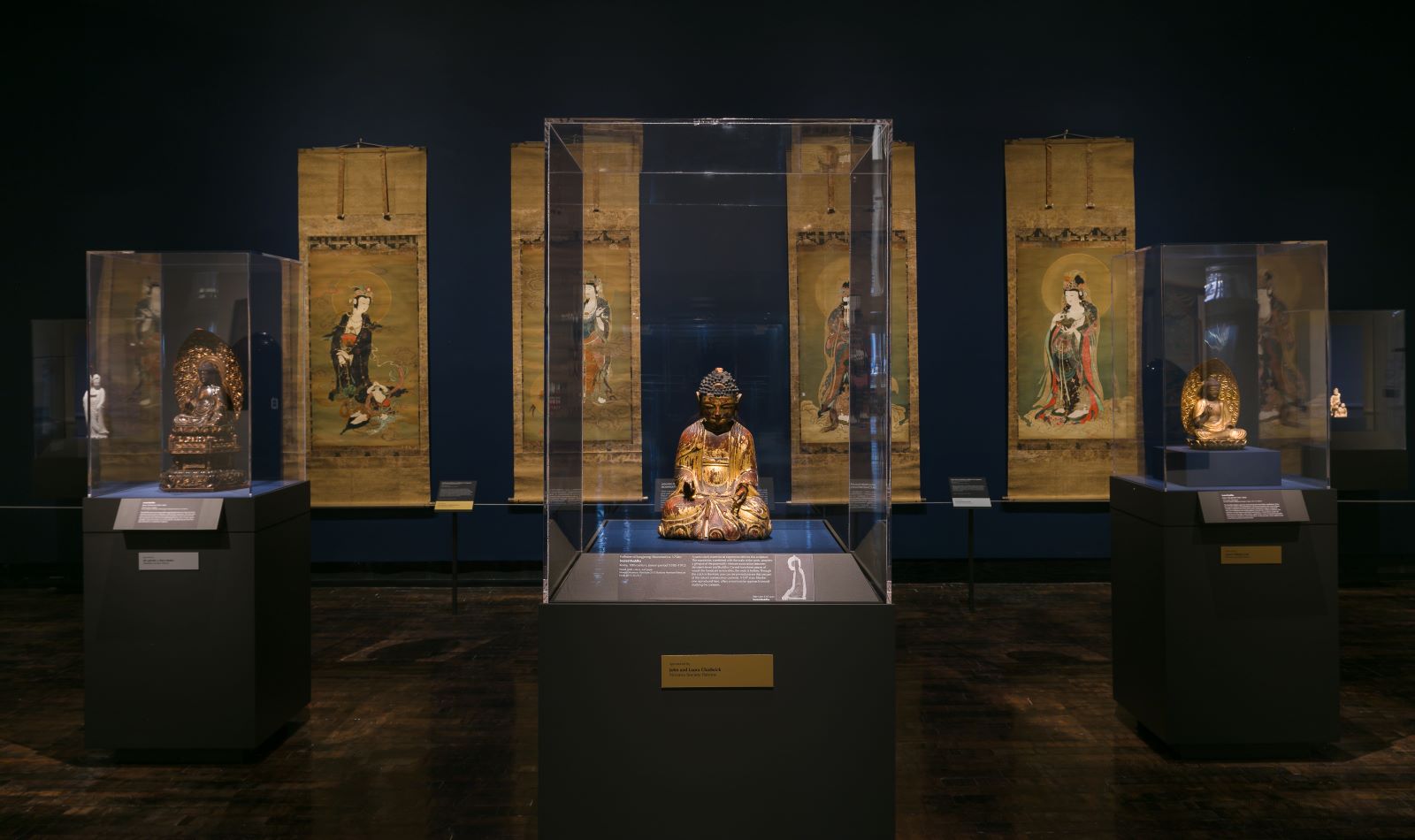 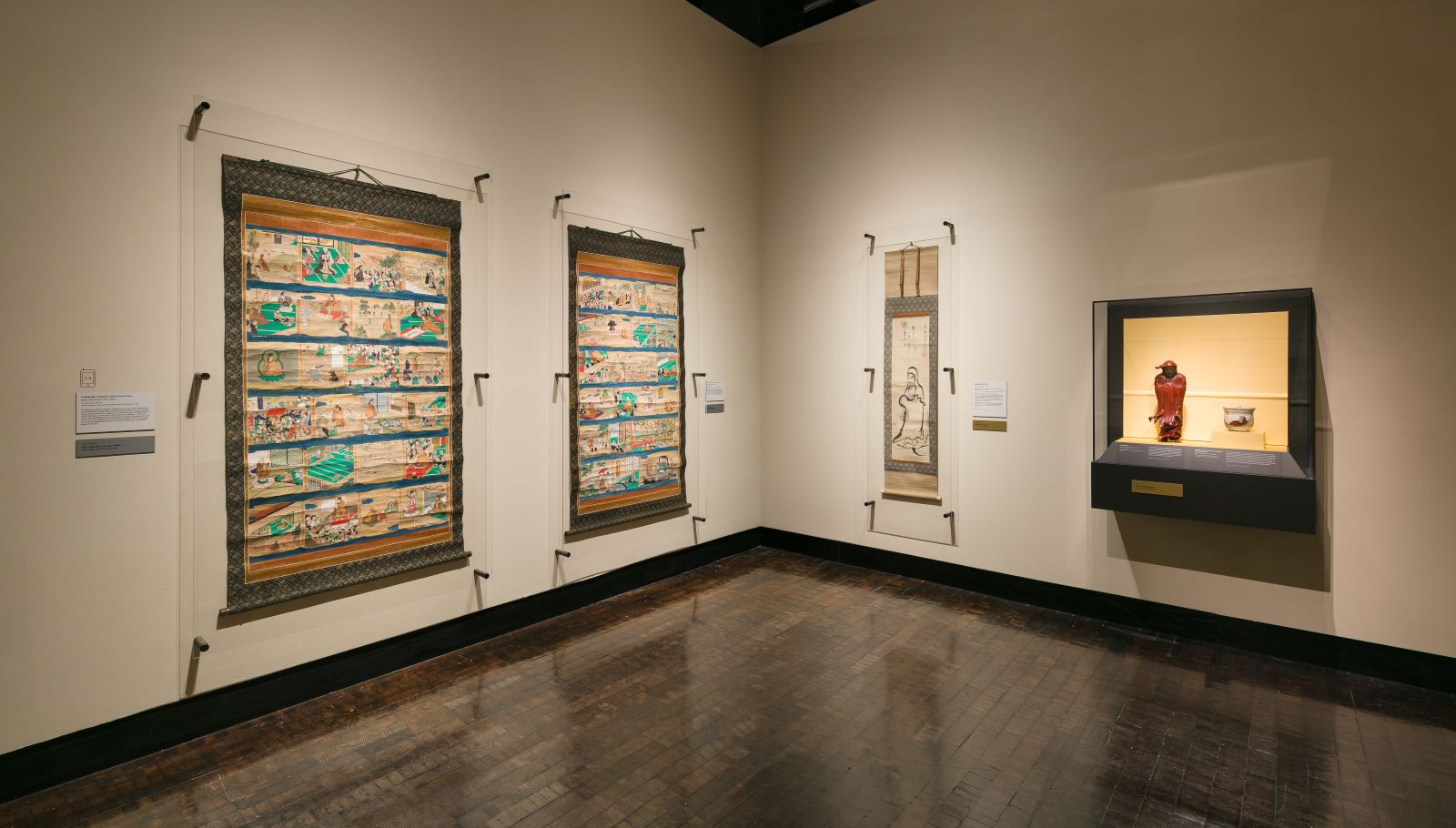 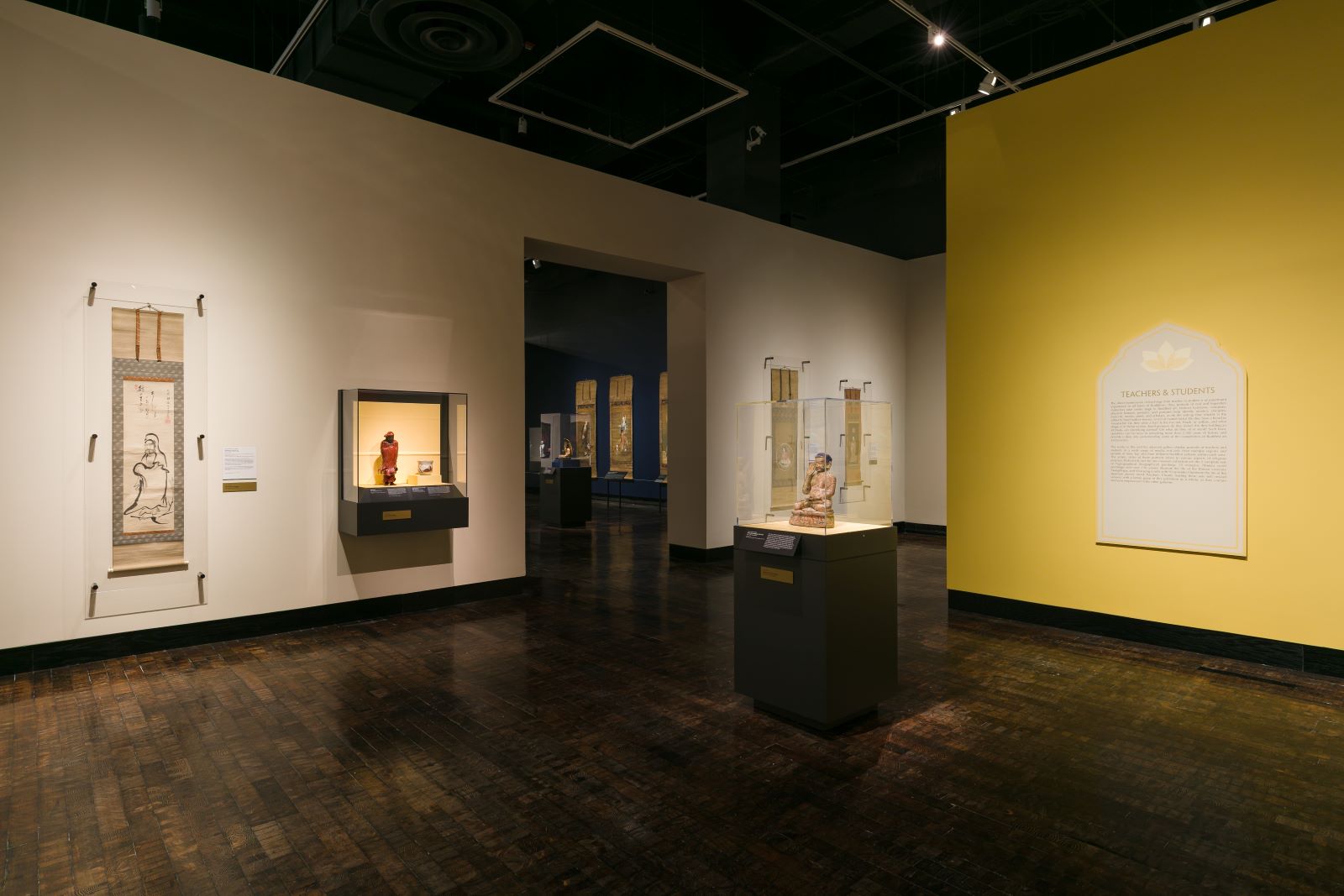 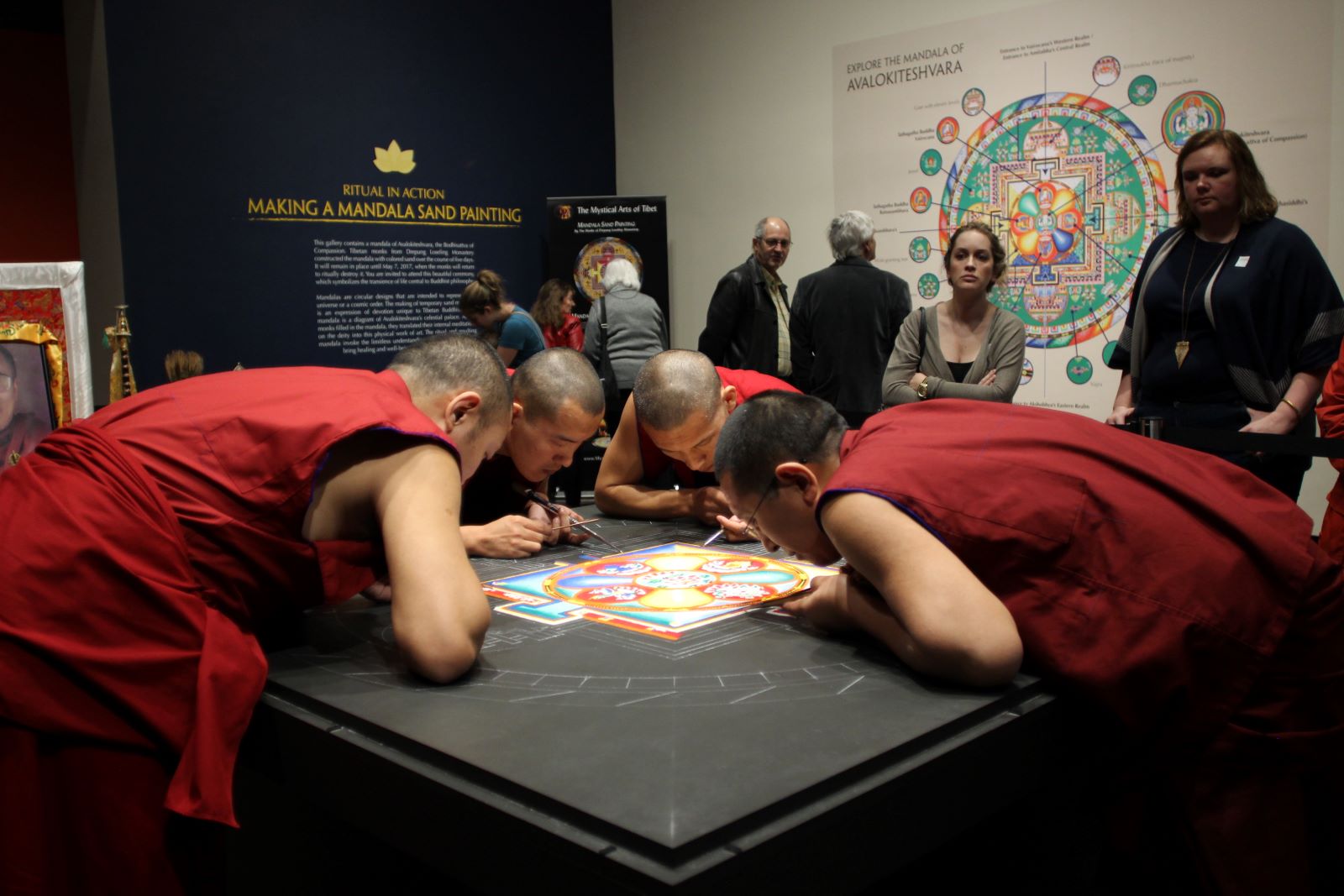 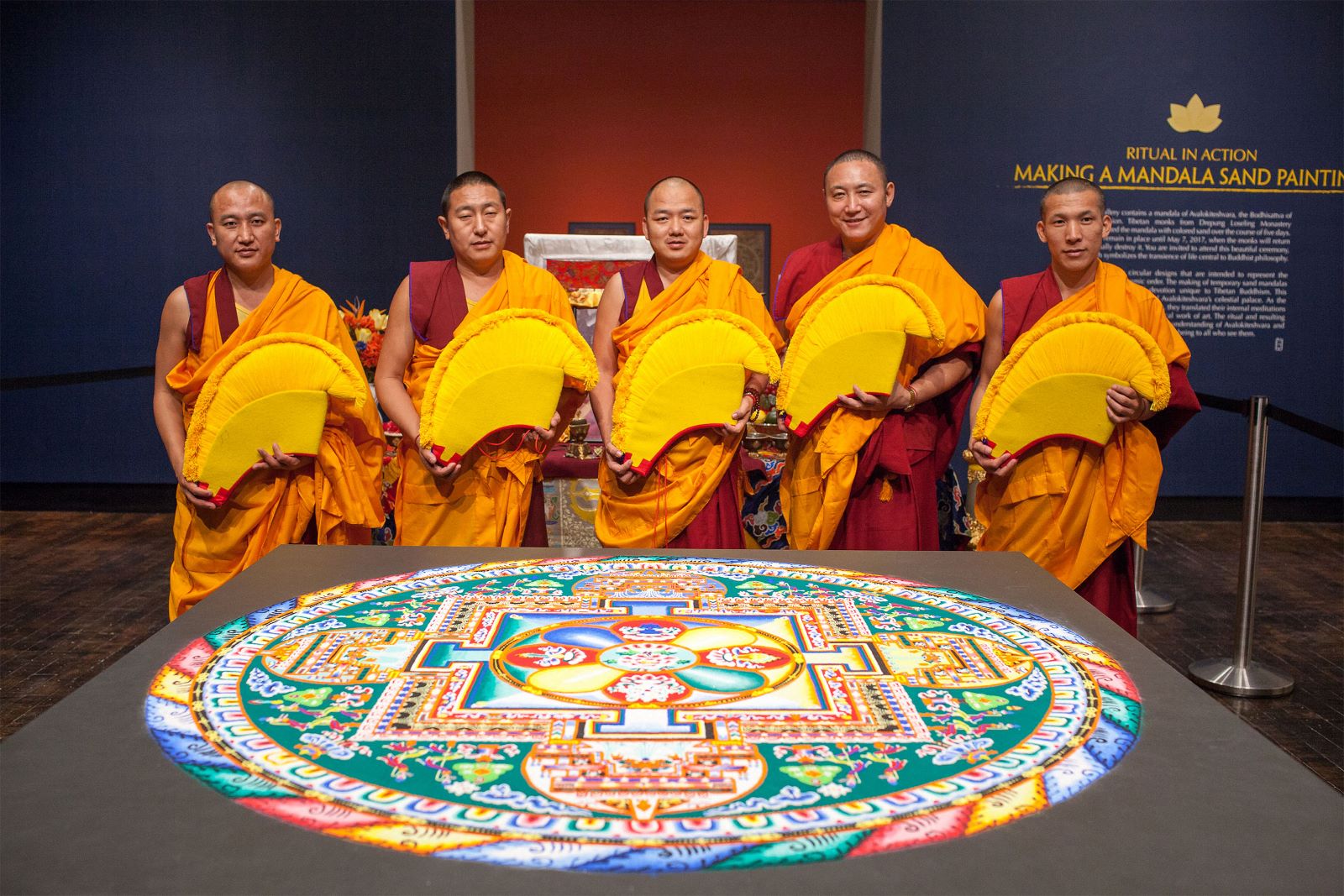 Chicago-based artist Nick Cave (b. 1959) produces work in a wide range of mediums, including sculpture, installation, video, and performance. His creations, bursting with color and texture, are optical delights that can be enjoyed by audiences of all ages and backgrounds. A deeper look reveals that they speak to issues surrounding identity and social justice, specifically race, gun violence, and civic responsibility. His trademark human-shaped sculptures—called soundsuits because of the noise made when they move—began as a response to the beating of Rodney King by policemen in Los Angeles more than twenty-five years ago. As an African American man, Cave felt particularly vulnerable after the incident, so he formed a type of armor that protected him from profiling by concealing race, gender, and class. 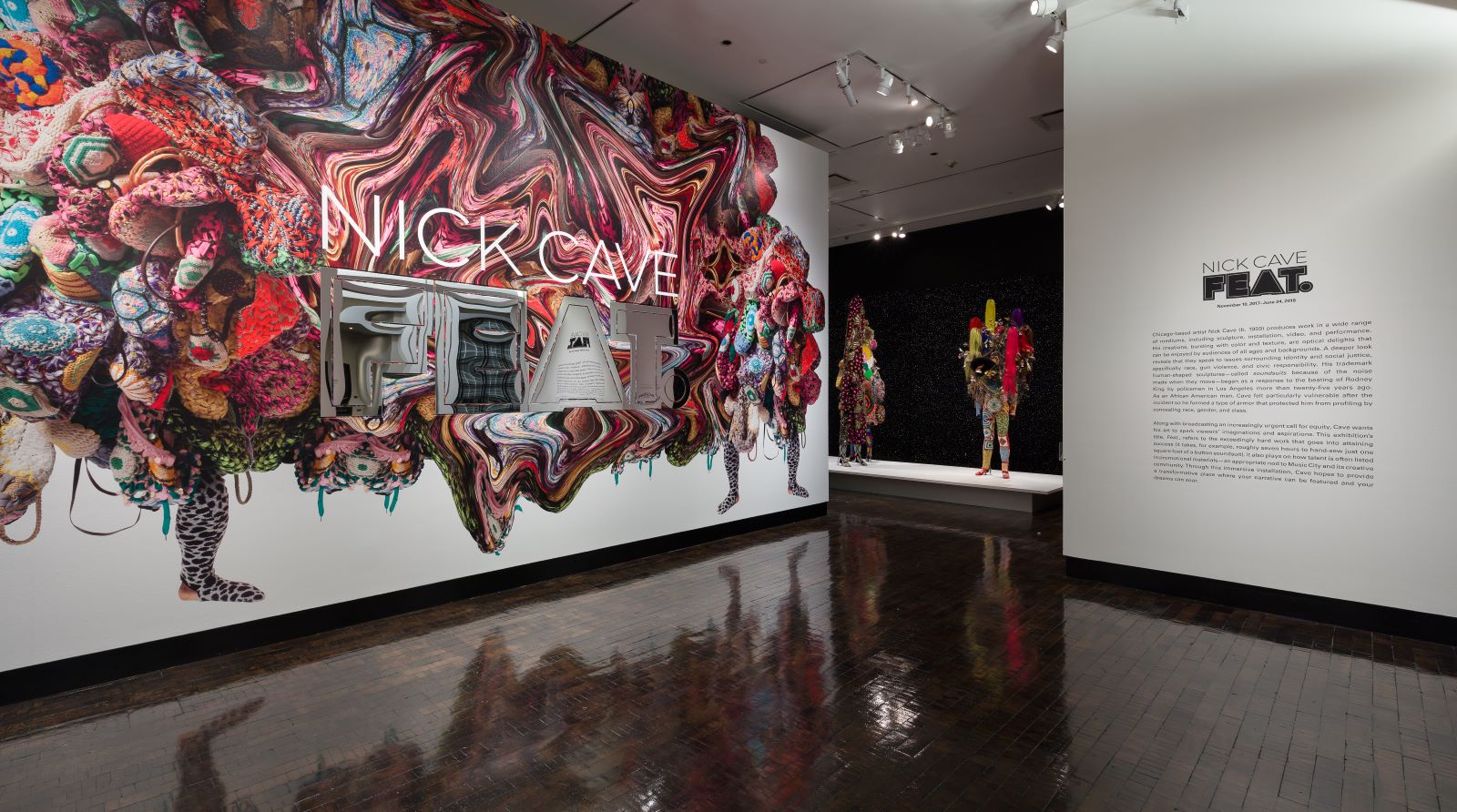 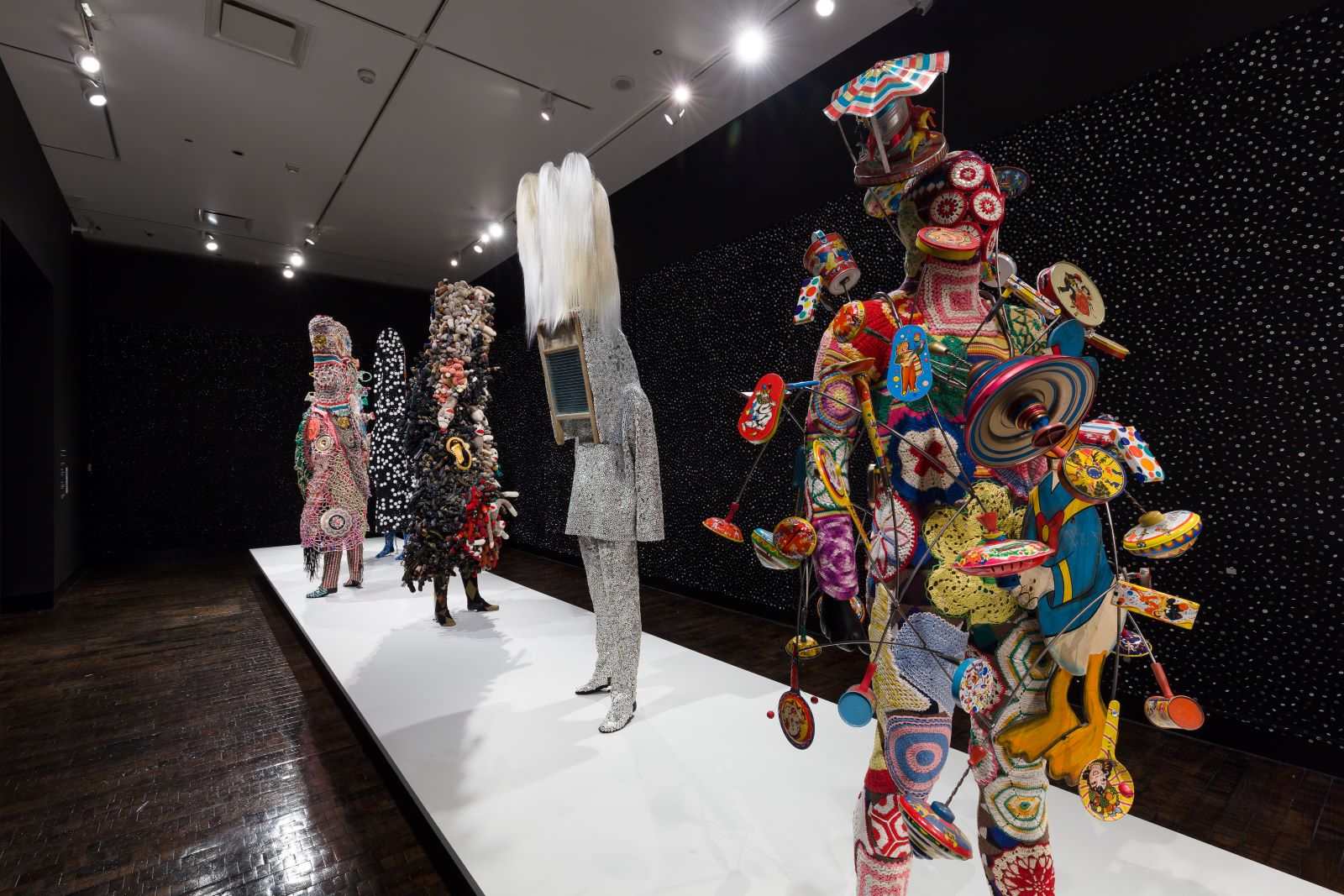 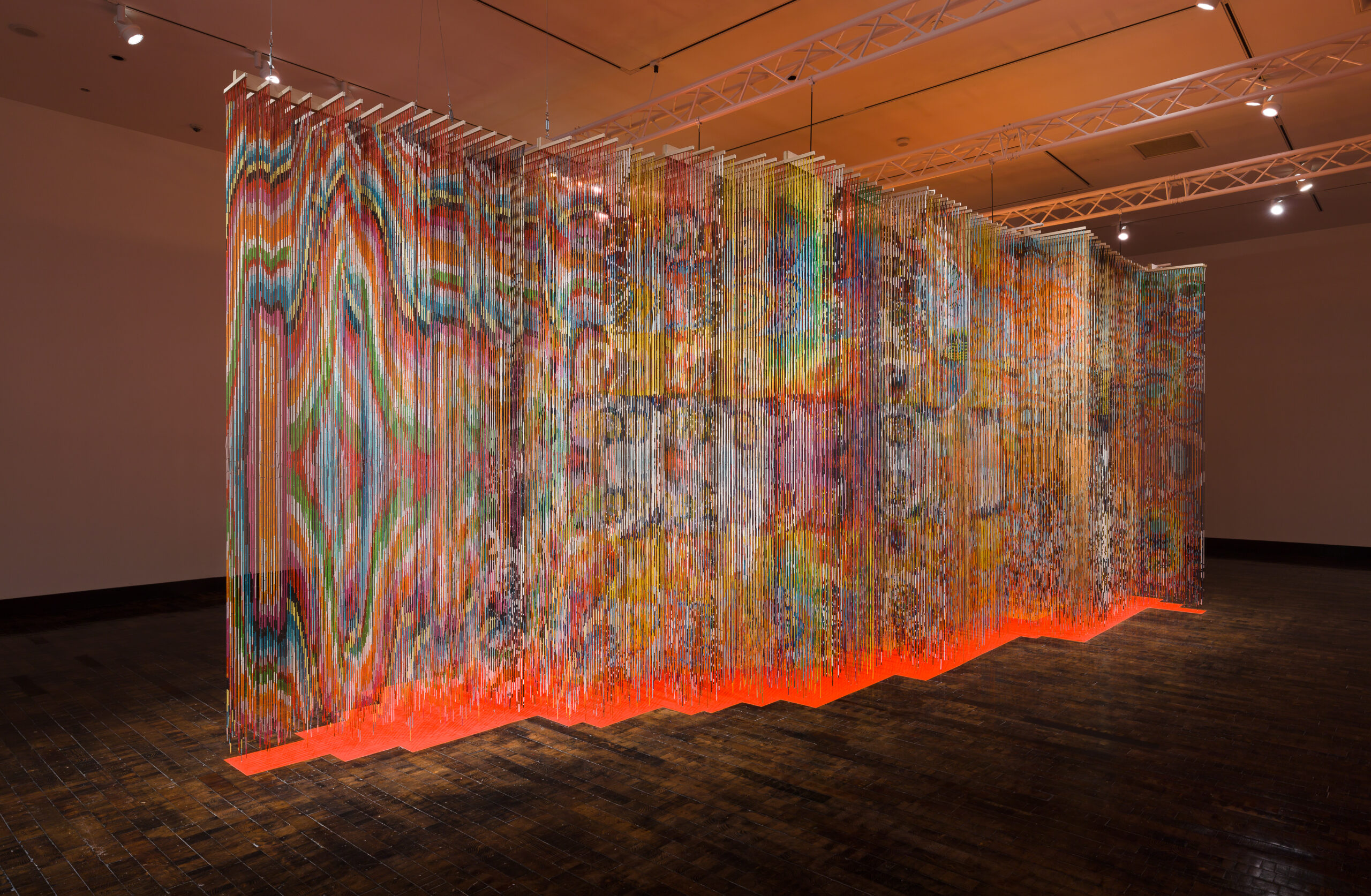 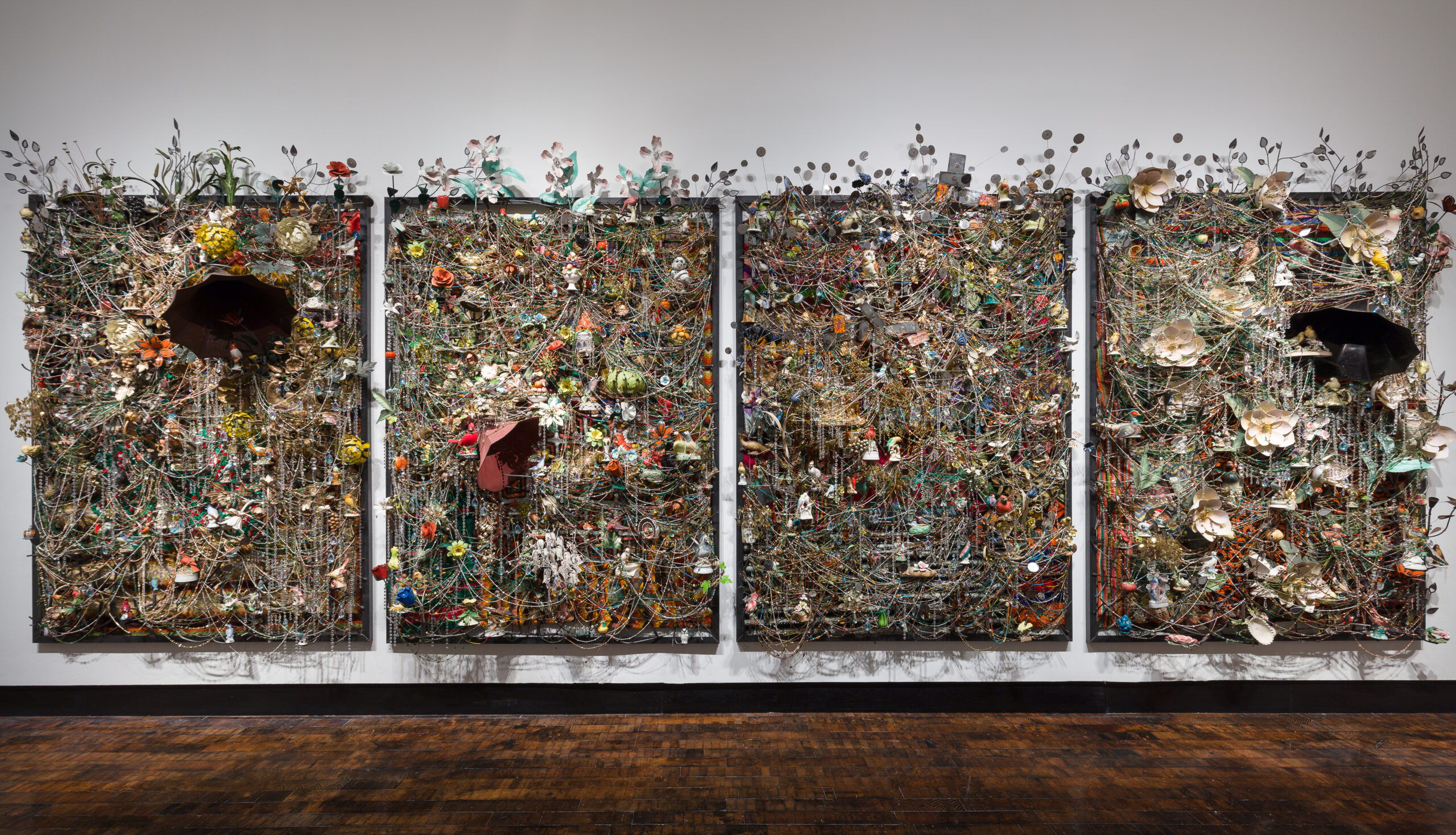 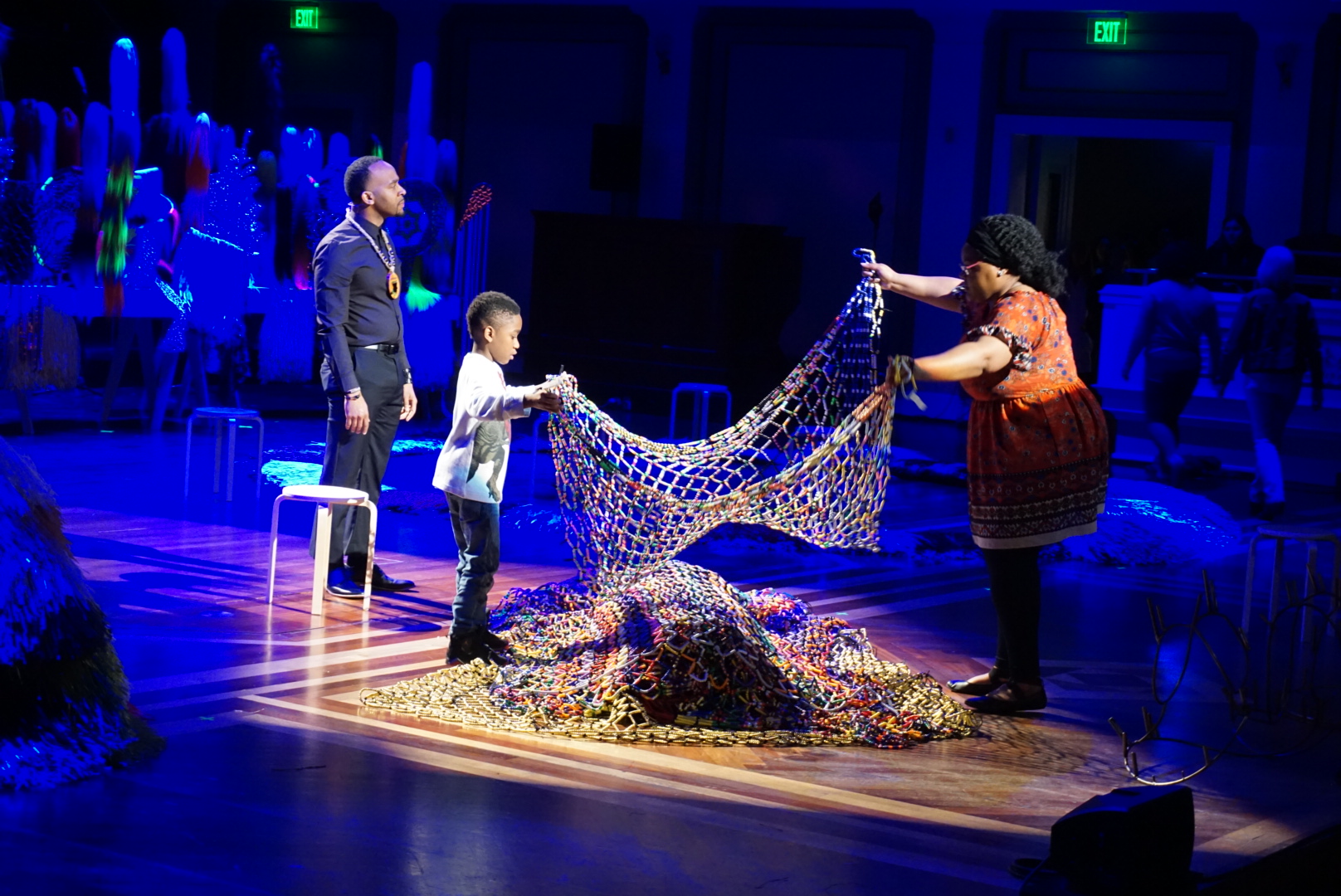 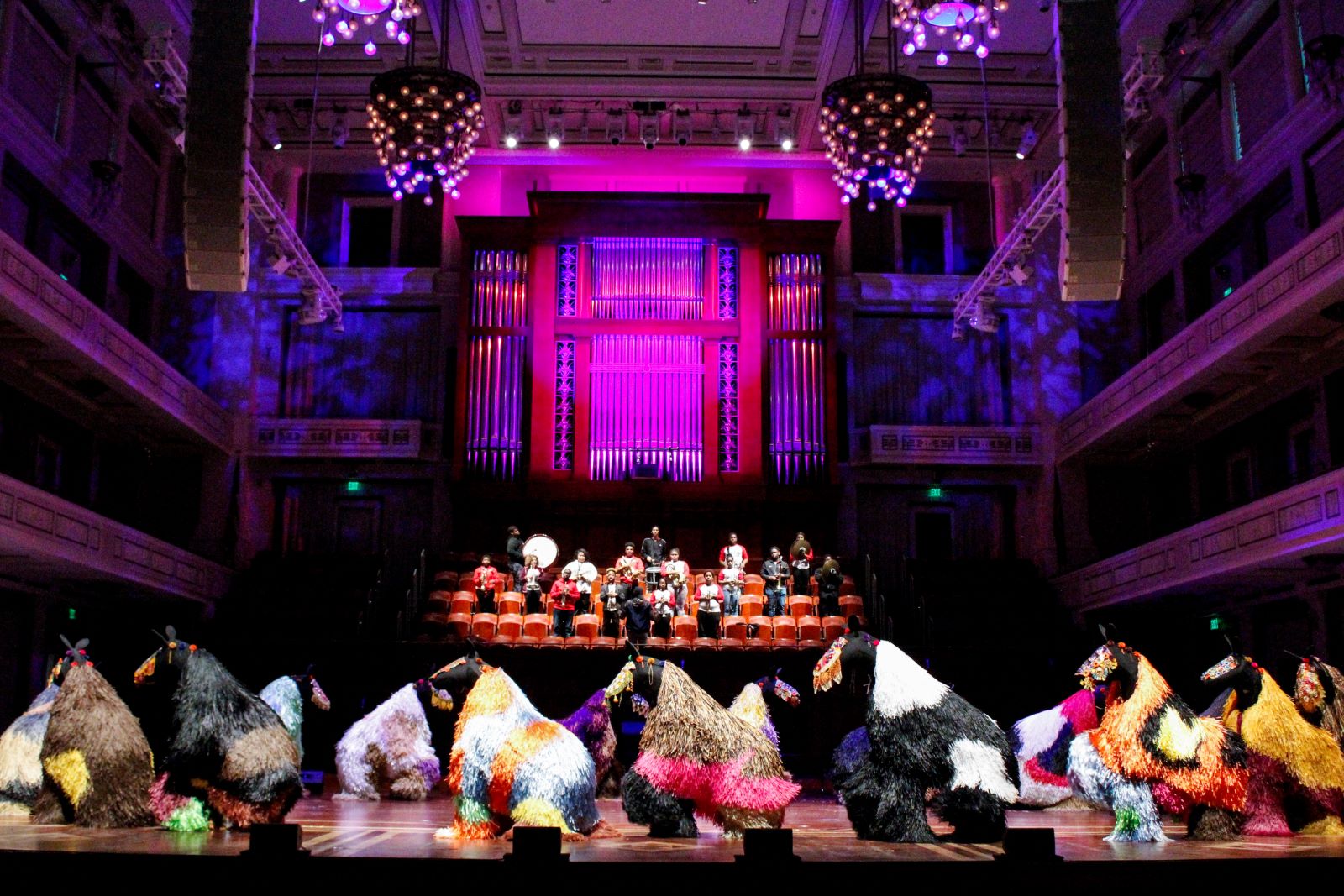