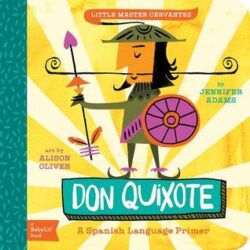 This board book is filled with joyful illustrations and words in both English and Spanish from the famous story Don Quixote by Miguel de Cervantes. 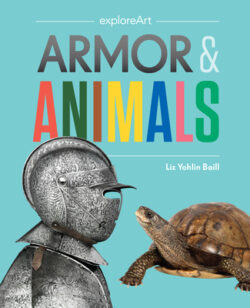 Did you ever wonder where people got the idea to wear armor? Or did you ever notice an armadillo wearing armor like a Renaissance knight? In Armor & Animals, you can compare all kinds of armor and learn how both people and animals use it. All the human armor in the book comes from the Philadelphia Museum of Art’s Arms and Armor collection. The animals are wearing their own! 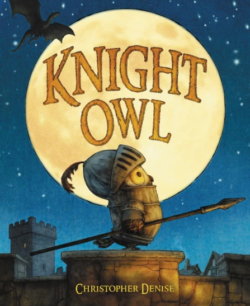 Since the day he hatched, Owl had dreamed of becoming a real knight. He may not be the biggest or the strongest, but his sharp nocturnal instincts can help protect the castle, especially since many knights have recently gone missing. While holding guard during Knight Night Watch, Owl is faced with the ultimate trial—a frightening intruder. It’s a daunting duel by any measure. But what Owl lacks in size, he makes up for in clever ideas. 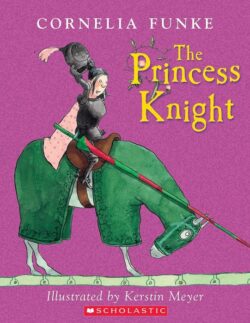 Violetta is a princess. But she wants to be a knight. At night, she practices to become the best knight in the land. When her father the king stages a tournament for Violetta’s hand in marriage, she knows she must win the greatest battle yet for the most important prize of all: herself. 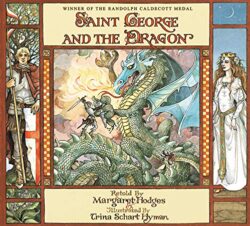 Saint George and the Dragon is an exciting episode from Edmund Spenser’s classic tale The Faerie Queene in which the Red Cross Knight slays a dreadful dragon that has been terrorizing the countryside for years, bringing peace and joy back to the land. 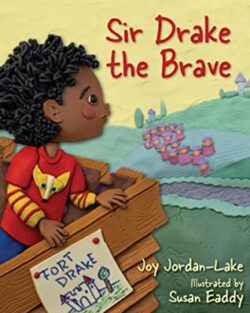 As Drake gets ready for bed, his mother entertains his questions about tyrants, pirates, and dragons—which are really questions about the power of bullies. Their conversation reminds us all that “not even kings are allowed to be mean.”


You Wouldn’t Want to Be a Medieval Knight! Armor You’d Rather Not Wear, by Fiona Macdonald (author) and David Antram (illustrator) 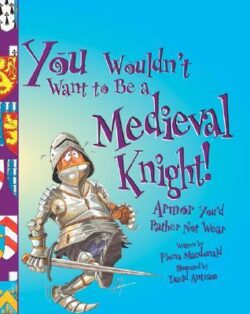 You are the son of a servant living in England in the 1400s. Instead of following in your father’s footsteps, you want to be a knight! During your training, you will discover the tools of the trade, such as weapons and a horse, and get a glimpse of what it’s really like to be a knight in shining armor. After reading this book, there will be no doubt in your mind that this is armor you’d rather not wear!

The Knight Who Took All Day, by James Mayhew (author and illustrator) 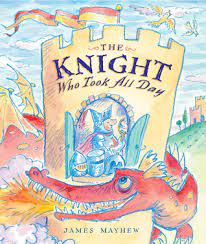 A dashing knight decides it’s time to impress a golden-haired princess. All he needs is a dragon to show off his marvelous talents. One day, a huge dragon appears on the horizon, smoke pouring from his nostrils. Immediately, the knight orders his squire to fetch his armor. But will he get dressed in time, or is this knight more interested in appearances than action? After much waiting, the golden-haired princess decides to tame that fire-breathing beast herself!

Castles and Knights, by Victoria Salley 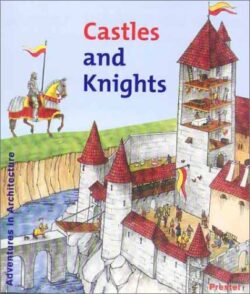 Through images and words, Alma’s Dream translates the artistic journey of Alma W. Thomas. Born in Columbus, Georgia, Thomas rose to fame as a prolific abstract artist after retiring from teaching art at a Washington, DC, public school. Her success in her later years reminds readers that dreams can be realized  at any moment in one’s life.