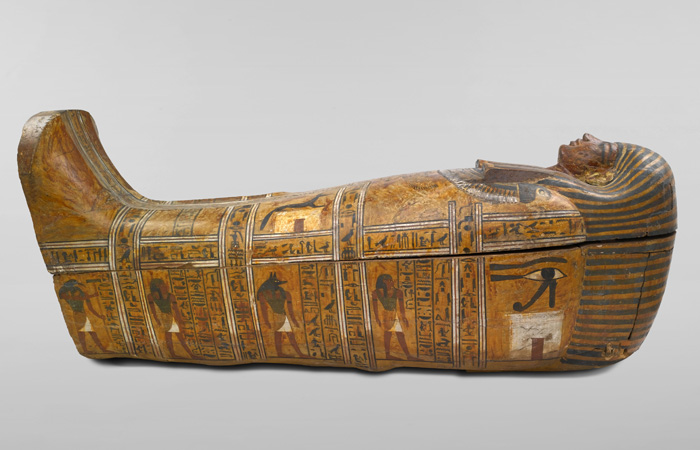 To Live Forever: Egyptian Treasures from the Brooklyn Museum

Following the incredibly successful Quest for Immortality exhibition, which came to the Frist Art Museum in 2006, To Live Forever: Egyptian Treasures from the Brooklyn Museum includes 109 important works from the superb collection of the Brooklyn Museum that illustrate Egyptian beliefs regarding the defeat of death and promise of the eternal afterlife.

To Live Forever explores the ancient Egyptian belief that proper preparation could enable a person to overcome the finality of death. The objects on display, including coffins, jewels and statuary from the Brooklyn Museum’s extensive, world-renowned collection, introduce visitors to the mysteries of mummification, the funeral procession and rituals that prepared the entombed deceased for passage to the underworld, the final judgment of the gods in determining the disposition of the soul and the idealized afterlife. The objects in the exhibition were created over a period of more than 4,000 years.

Civilization in Egypt began around 5300 BCE (before the common era), when nomadic people established communities along the banks of the Nile River. Pharaonic rule began around 3000 BCE and lasted until the end of Roman control at 642 CE. Through these millennia, the culture was unified by a belief in life after death. To Live Forever: Egyptian Treasures from the Brooklyn Museum features objects—sculptures, human and animal mummies, papyrus documents, and tomb furnishings—that were meant to help people reach the afterlife and remain there through eternity. With works ranging from a simple yet delightfully abstract female figurine, dated about 3650–3300 BCE, to a mummy with a realistically painted face covering, created soon after the time of Christ, the exhibition enables the contemporary audience to admire the aesthetic achievements of the ancient Egyptians. At the same time, it offers insight into the economics of attaining the afterlife by comparing funerary objects made for royalty and the non-royal elite to those produced by members of the lower classes.

While ancient Egyptian understanding of the afterlife was complex, at its core was the denial of death’s finality. Magic rituals and objects placed in tombs were meant to ensure a smooth transition to the afterlife, also known as the netherworld or duat. The duat was believed to be an improved version of the familiar world, complete with its own fields, desert, and Nile River. It was situated below the earth, where the sun—represented by the sun god Re—fled to in the west at the end of the day to begin his twelve-hour flight through the night. At the end of the twelfth hour, Re was reborn into the eastern horizon. Egyptians believed that after dying, they could follow Re’s journey and ultimately become one with Osiris, the god of the netherworld. The Amduat , an ancient funerary text developed from The Book of the Dead, gives an illustrated, detailed description of the course the sun takes during its sojourn. The text provides the magic spells and cryptic knowledge that the deceased must know and recite in order to complete this journey safely. Knowledge of these mysteries was not enough to gain eternal life, however; once the journey ended, Osiris weighed the deceased’s heart to gauge his or her adherence to principles of justice known as ma’at. If the heart was equal to a feather, the dead had lived with integrity and was allowed to enter eternity, to live as he or she had before dying.

The source of this belief was the story of the death and rebirth of Osiris, who with his wife, Isis, had ruled Egypt at the beginning of time. In a fratricidal power play, Osiris’s jealous brother, Seth, invited the king to a party only to trap him in a special box made exactly in Osiris’s dimensions.  Seth and his co-conspirators sealed the box and threw it into the Nile; Osiris drowned and Seth claimed the throne. Isis retrieved Osiris’s body and magically revived him long enough so that they could conceive a child. She also built temples for him where he could receive food offerings after death, establishing the role of the tomb and the notion that those in the afterlife had the same needs they had in this life.

Egyptian funerary objects reflect the story of Osiris. Elaborately inscribed and painted coffins and wood or stone sarcophagi, as exemplified by the Large Outer Sarcophagus of the Royal Prince, Count of Thebes, Pa-seba-khai-en-ipet, are like the box in which Seth trapped Osiris. Housing the coffin and sarcophagus, the tomb is the site at which the passage to the afterlife—which mirrors Osiris’s own journey—begins. Like Osiris, the deceased continued to live as they had before attaining immortality, so the tomb also contained functional objects, including weapons for men and cosmetic containers, mirrors, and grooming accessories for women. Other objects in the tomb were exclusively for the next world. These included shabties (singular “shabty” a word meaning “one who answers”), mummiform figurines representing servants who would work in the fields for the deceased in the afterlife. Tombs were also the site in which the deceased’s survivors would provide food and other necessities, as Isis had done for Osiris. They could make offerings of actual food, or through representations of food, drink, clothing, and other items rendered on tomb walls.

The primary function of the tomb was to hold the deceased’s body, which had been mummified to ensure the same eternal life enjoyed by Osiris.  The preservation of the body was essential, because it was constituted of a person’s physical and spiritual selves, the latter including the ka, a spiritual double, born at the same time as the person; the ba, associated with the powers or personality of the individual; and the ren, which controlled the person’s fate. To live forever, the body and these spiritual forces had to be preserved and integrated into an akh, or effective spirit, that existed as a tangible being in the next world.

The Greek historian Herodotus, who visited Egypt in the fifth century BCE, described three mummification processes. The most expensive involved the surgical removal of the brain and major organs (except the heart, needed for Osiris’s judgment), which were stored in canopic jars. Embalmers used natron, a naturally occurring salt, to dehydrate the body over the course of seventy days. Then priests poured an expensive combination of imported and domestic resins inside the body to preserve it. These preservatives ensured that the body was both waterproof and resisted damage caused by microorganisms and insects. The body was then wrapped in linen and placed in a coffin, now ready for the funeral service. A less expensive method substituted an abdominal injection of cedar resin for the surgical process. This resin liquefied the internal organs, which were drained through the rectum. Dehydration with natron followed, along with wrapping in linen. In the cheapest method, an enema allowed embalmers to remove the internal organs through the rectum.

The costs of mummification did not simply arise from the process itself, but also in the external appearance of the mummy. The materials used in the human mummy in this exhibition, a fifty-nine year-old Greek named Demetrios, indicate the wealth he commanded in life. The pigment in the red linen shroud contains lead imported from Spain, while the face is covered by a sophisticated portrait of the deceased, done in the medium of encaustic, or wax plus pigment. The divine symbols on the shroud and Demetrios’s name and age are in gold leaf, a valuable commodity even in ancient times.

The range of costs associated with mummification is similar to that of objects created for the tombs. While royalty could afford the most rare and beautiful materials available and could employ the finest craftsmen, the literate elite, many of whom were clerks, government officials, or priests, commissioned works composed of less expensive materials, made by artisans who were not as prestigious as those employed by the royalty. For this group, furnishing a tomb was likely the biggest expense they would ever encounter. The lower classes often produced their own funerary objects, and were frequently buried with no coffin, sarcophagus, or tomb for protection.

This exhibition provides opportunities to compare funerary objects made for people with different levels of wealth. An example of this is seen in the juxtaposition of a professionally crafted, gilded, and inlaid mummy cartonnage, representing a woman whose life was spent in luxury, and a hand-modeled and naively painted terracotta mask, which was perhaps fashioned by the deceased herself, when she was still alive, or a family member. Though both covers adequately protected the mummy, the materials used demonstrate how poorer members of society could also inexpensively provide the objects necessary to reach the next world.

At least four strategies were available to those planning to furnish a tomb on a budget: they could substitute, imitate, combine, or reuse. Substitution involved choosing a cheaper material instead of a precious one. For example, faience, made mostly from sand, was often used in place of gold. Imitation meant decorating one material as if it were something more expensive. Thus, a terracotta mummy mask could be painted yellow to imitate gold. Combining was a common strategy, especially in coffin sets. With expensive coffins, there was both a separate lid and a mummy board, which was shaped into a life-size figure of the deceased dressed in everyday clothing and placed directly on the mummy. To save money, the typical mummy board decoration could be used on the lid itself, thus combining the two. Reuse included removing the name of a previous owner and reinscribing an object for a new user. Coffins, statues, and shabties, could all be reused.

These methods of economizing reveal tremendous creativity among those who did not have the means to furnish a tomb according to elite standards. While the craftsmanship and extravagant materials used for the wealthy inspire admiration for their extraordinary beauty, the objects made for the average person have a humble presence that is eloquent in its own right. 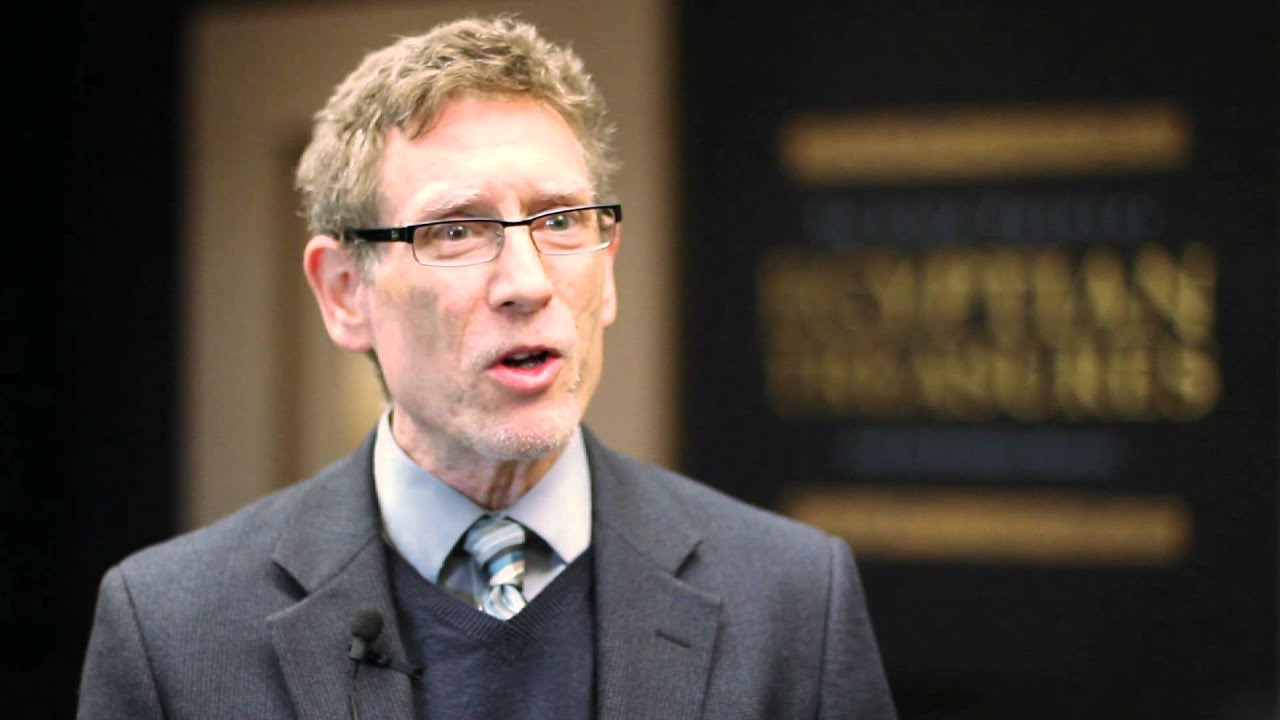 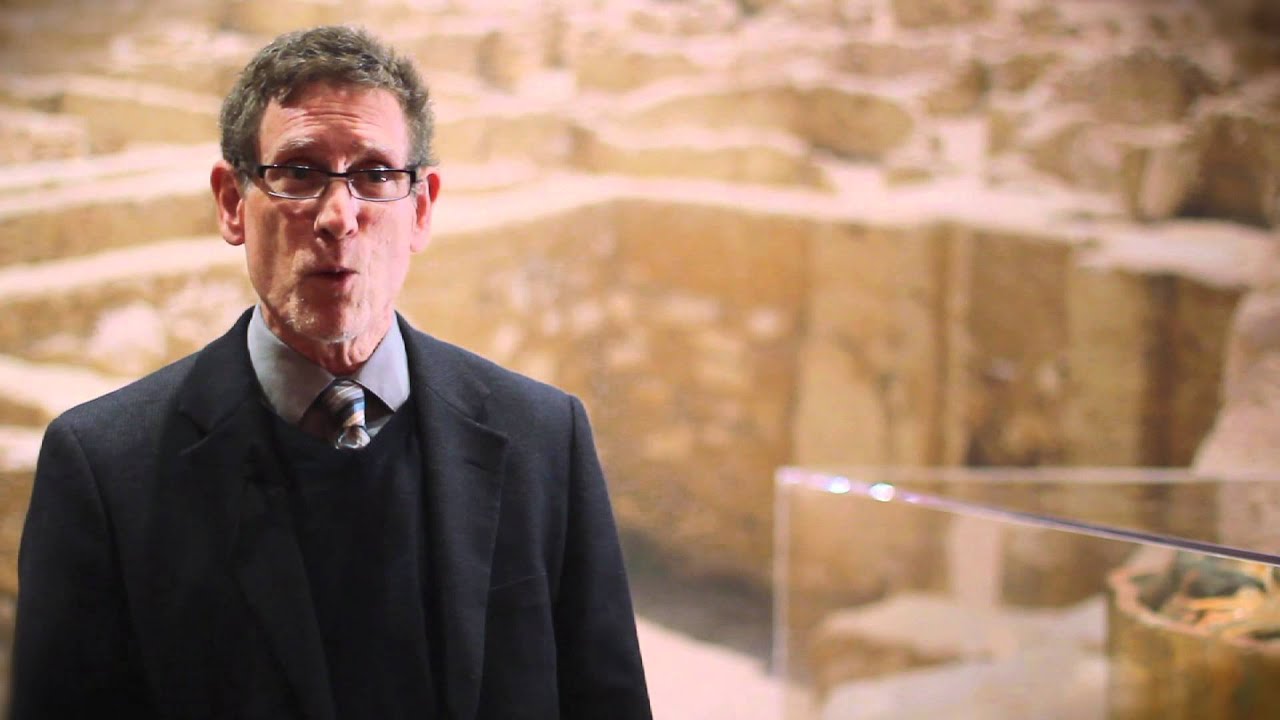 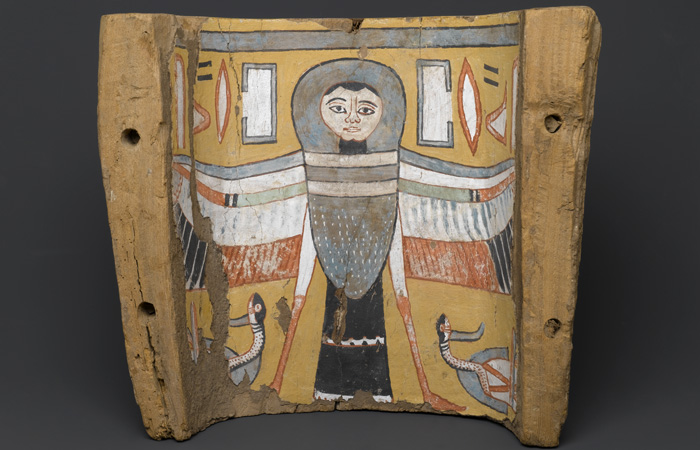 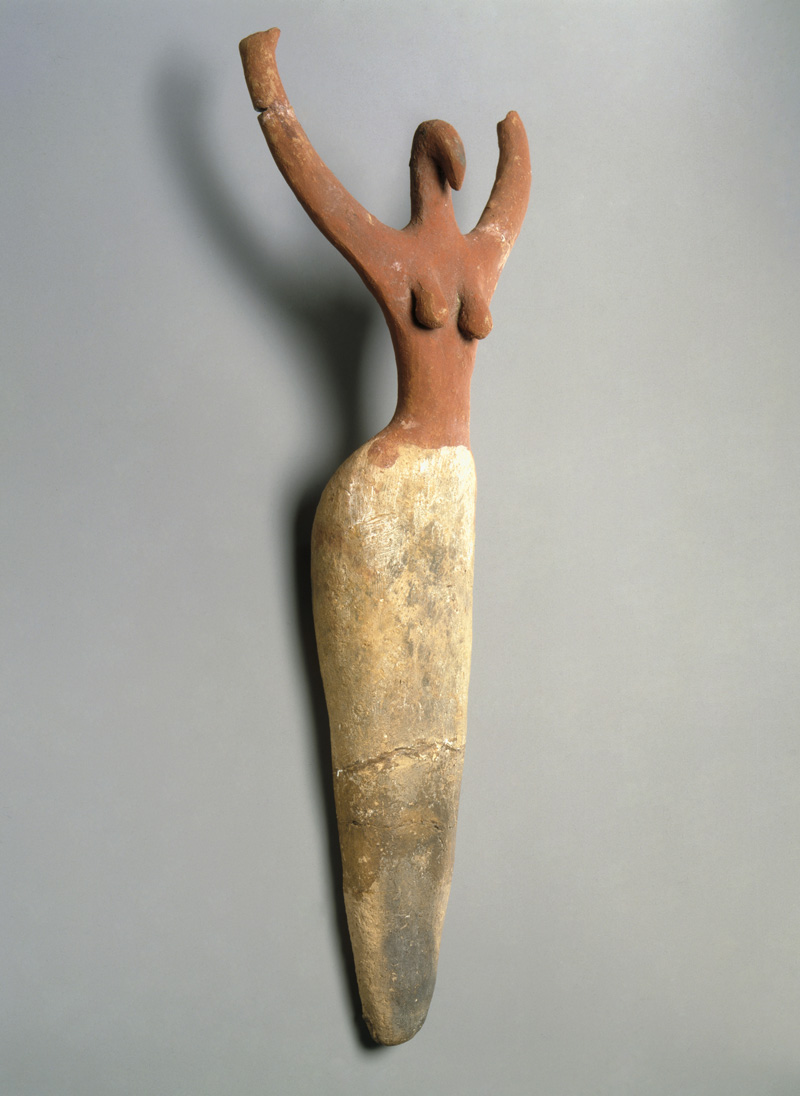 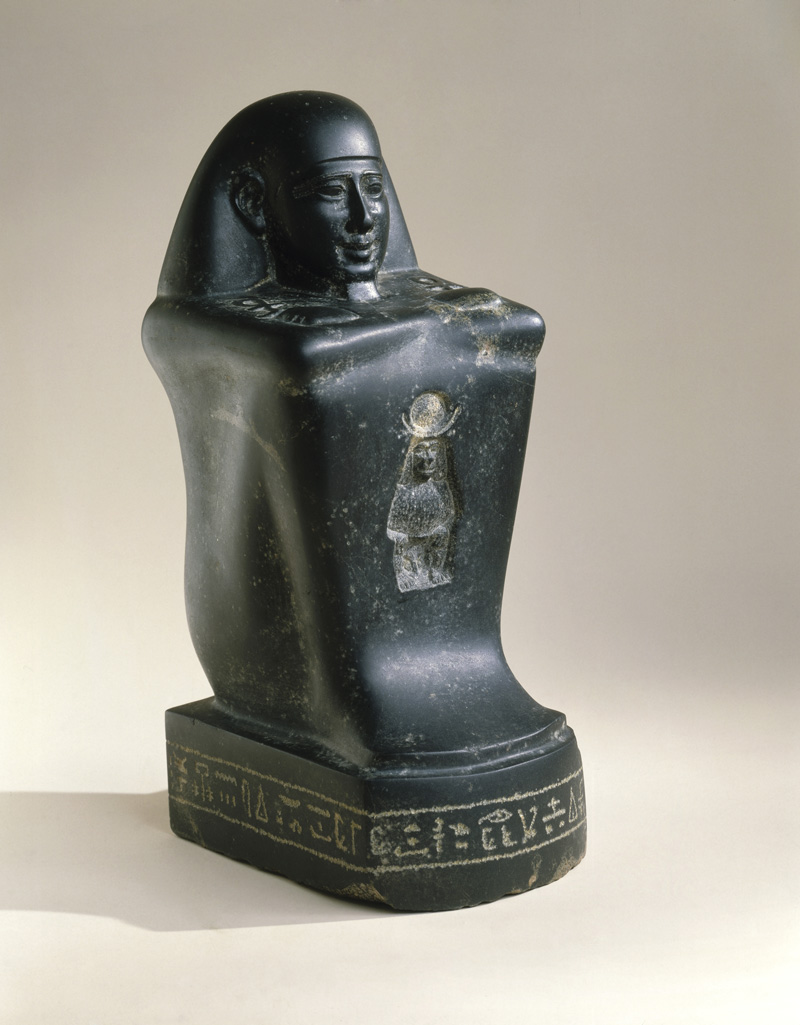 Mark Scala discusses the reuse of coffins in ancient Egypt

Mark Scala offers an overview of To Live Forever: Egyptian Treasures from the Brooklyn Museum