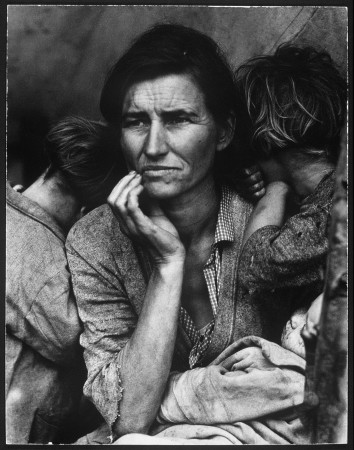 The exhibition also presented various versions of famous photographs, such as Lewis Hine’s Power House Mechanic, and Dorothea Lange’s Migrant Mother, which together provide insight into the artists’ creative processes. Films represented in the exhibition include The Phantom of the Opera, Peter Pan and The Lost World.