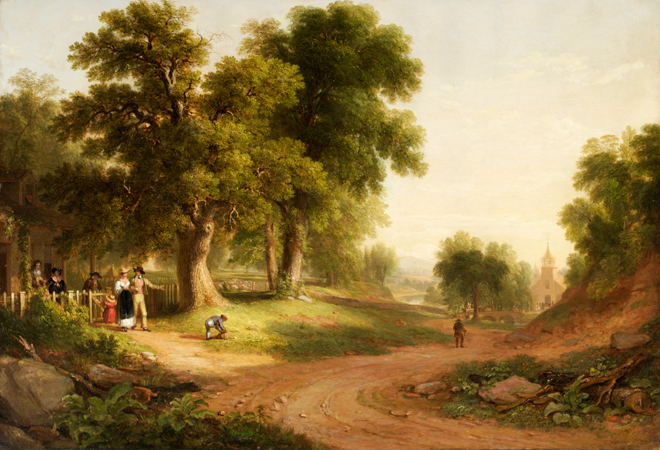 Telling Tales assembles paintings and sculptures from the collection of the New-York Historical Society that recount stories relating to American cultural aspirations and everyday life in the early to mid-nineteenth century. The sections, including the thematic groupings History Painting, Scenes of Everyday Life, and Beauty and Spirituality, convey the narrative content that was deemed an essential component of a work of art according to aesthetic standards that prevailed before the Civil War. Among the many treasures of this exhibition are paintings by Thomas Cole and Asher Brown Durand of the Hudson River School and sculptures by John Rogers.

Telling Tales: Stories and Legends in 19th-Century American Art has been organized by the New-York Historical Society.

Special thanks to Mary Rinehart, teacher for visually impaired at Houston County Middle School, for providing Braille wall text for Telling Tales: Stories and Legends in 19th-Century American Art. The Braille text can be checked out at Visitor Services.

The exhibition is divided into the following sections:

American History Painting
In the art academies of Europe, historical events—ancient or modern, actual or mythological—were considered the most important subjects for an artist. History painting required skill in creating compositions of figures within dramatic settings to tell inspiring stories of heroism, moral virtue, or national pride. The history of European-settled America was short, but American artists still considered the past to be an instructive prologue to their own times. Imaginatively reconstructing stories that convey epochal events and portray those who were instrumental in the unfolding history of America, these artists created a common pictorial language that illustrated the received memories of the culture.

English Literature and History
While politically independent, America had strong ties to England in terms of language and cultural traditions. A lucrative market existed for art inspired by British literature and history. Especially admired was William Shakespeare, about whom the Frenchman Alexis de Tocqueville remarked after his 1831–32 tour of the United States, “There is hardly a pioneer’s hut which does not contain a few odd volumes of Shakespeare.” Public enthusiasm for British fiction and history reached its height at midcentury, generating works that featured episodes from Shakespeare and other writers, or depicted dramatic scenes from the lives of the royalty. The subjects of these fanciful costume dramas often related subtly to contemporary concerns in America, such as political or religious strife or the question of slavery.

Importing the Grand Manner
In 1814, the young artist Samuel F. B. Morse wrote about the difficulty of cultivating a viable fine art culture in the United States. He asserted that taste could only be acquired through the close study of the Old Masters. Morse was then studying with Pennsylvania-born Benjamin West in England, where West had risen to the positions of Historical Painter to King George III and president of the Royal Academy of Arts. West’s success attracted many aspiring American artists to London, where they learned the rules governing hierarchies of technique and subject matter in such styles as the Baroque, Neoclassicism, and Romanticism. Employing these styles, they produced images of Europe’s mythology, history, and literature, in hopes of elevating what they perceived were the coarse tastes of the American audience.

When these artists returned to the United States, they were discouraged by the lack of appreciation for their ideals. Their efforts to transplant Old World aesthetics were countered by a resistance to elitism, a distrust of connoisseurship, and a rejection of market patterns based on European patronage, with its class divisions.

Genre Paintings
Scenes from everyday life appealed to an audience and to patrons that appreciated direct storytelling in an uncomplicated manner. Appearing frequently were stock characters—the devout and hardworking family, the shrewd Yankee, and the itinerant peddler—who conveyed messages of virtue and faith, practicality, and the importance of commerce. These were attitudes and behaviors that would strengthen the foundation of the young nation. While appearing to be simple slices of life, paintings of everyday scenes often contained coded messages about topical matters of politics, religion, and economics.

Economic, Social, and Religious Division
The underlying message of many genre scenes was that sturdy yeomen and canny traders in the countryside and small towns formed the backbone of a prosperous economy. Yet throughout the nineteenth century, increasing numbers of people moved away from rural regions, seeking work in urban manufacturing centers, which also attracted migrants from Europe and beyond. The difficulty of finding employment, and low wages for those who did, led to deepening divisions between the wealthy and the poor in cities like New York, Philadelphia, Boston, and elsewhere. Socially concerned artists sought to prick their viewers’ consciences by showing the toll of poverty, both as a call for charity and a reminder of the consequences of unregulated capitalism. Many of the new immigrants were Catholics, who represented a threat to American ideals as envisioned by the nativist movement, which advocated Protestant values and independence from European powers, including the Vatican.

Picturing the Outsider
America’s history is marked by a rift between its ideology of equality and the realities of genocide and racism. Works in this section reveal a deep ambivalence regarding the treatment of the racial “outsider,” even among socially progressive white Americans. While hinting at the difficult conditions that marginalized people endured, these works also reinforce prevailing notions of the inevitability of the demise of Native American cultures, the self-congratulatory paternalism of white Northerners toward blacks, and the subservience of African Americans as a natural condition. These messages could be construed as racist or sympathetic, depending on the perspective of the viewer and the beliefs of the buyer. In either case, they tell how a culture’s perceptions—and misperceptions—are reinforced by art. The information that we know to be left out is as revealing as that which is shown.

Read a recent article in APOLLO: The International Art Magazine 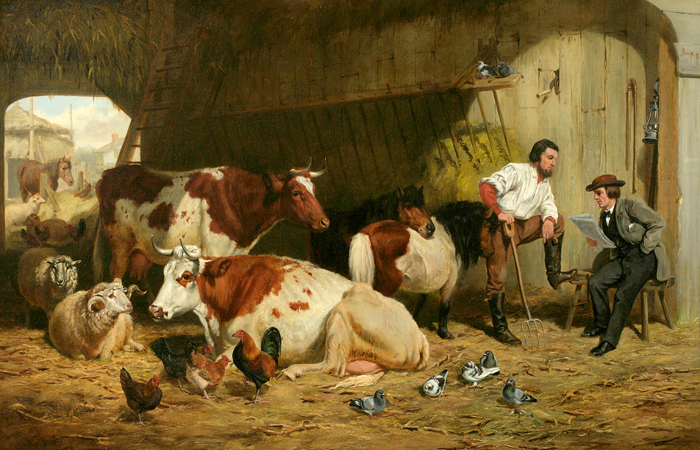 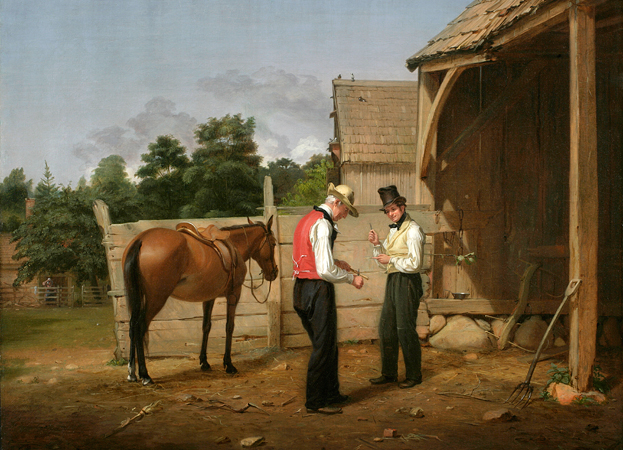 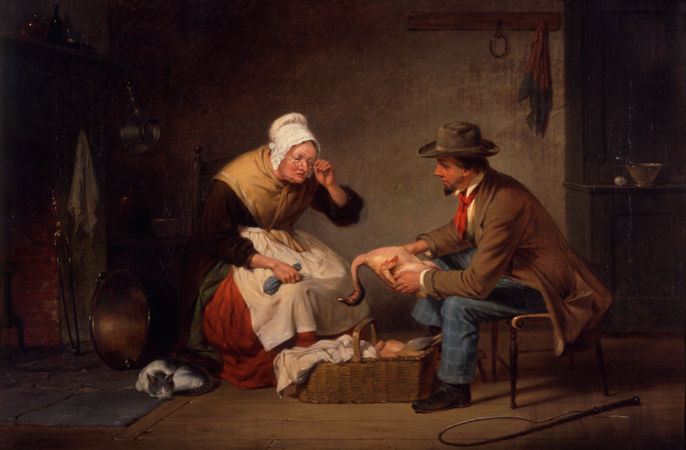 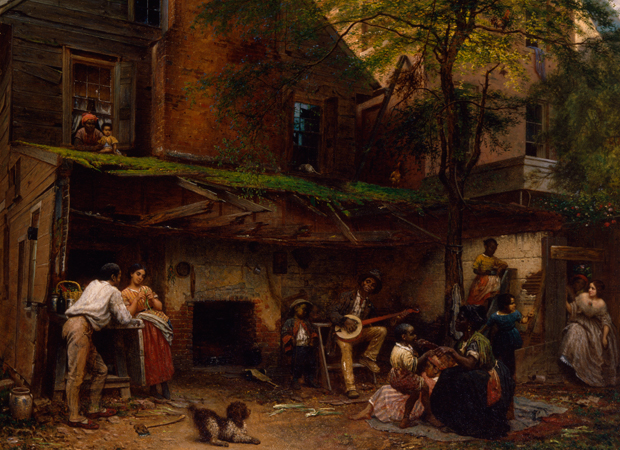 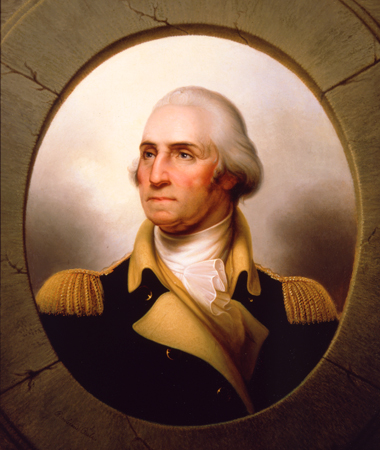