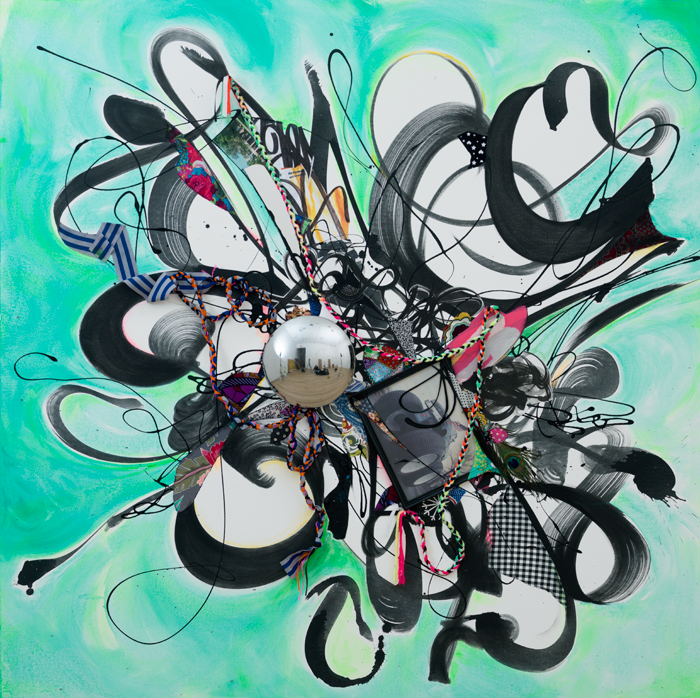 For the past decade, New York–based artist Shinique Smith has created highly expressive paintings, sculptures, and installations that reflect influences as diverse as dance, Eastern spirituality, fashion, Abstract Expressionism, music, childhood wonder, and poetry. Many of her collaged works contain recycled or reused objects, demonstrating her belief that personal possessions can inspire memories and shape our experience and identity. Yet such materials, particularly her bundles of cast-off clothing, also comment on the vast excess and waste in American consumerist society. The artist’s early years of writing graffiti in Baltimore remain evident in her exuberant calligraphic strokes, which she often intermingles with worn materials from popular culture. Smith sees a link between graffiti and Japanese calligraphy, noting that “in both you can’t back up, you must have a confident hand when you put your brush to the surface. . . . There’s no erasing.”

Among the highlights of the Frist Art Museum’s exhibition are a new site-specific painting and a multipaneled wall piece composed of rainbow-like fields of color. The latter, initially inspired by the “spectrum” paintings of Minimalist artist Ellsworth Kelly, is meant to represent a range of both hue and emotion in a manner similar to the theories espoused by Wassily Kandinsky. Like Kandinsky, Smith believes that each color can have a particular psychological impact and reflect an individual’s inner state. The other galleries will contain approximately ten collage-based paintings and four of her hanging “bundle” sculptures. One bundle includes the artist’s own T-shirt featuring an image of the cover of Jimi Hendrix’s second album, Axis Bold as Love, which is a riff on a painting of the Hindu deity Vishnu. The title of Smith’s work, Tongues became flowers, was derived from a poem by the thirteenth-century Persian mystic poet Rumi, whose writings also inspire the artist. By literally and conceptually bringing together many disparate elements, Smith creates a compelling cross section of time, place, and meaning. 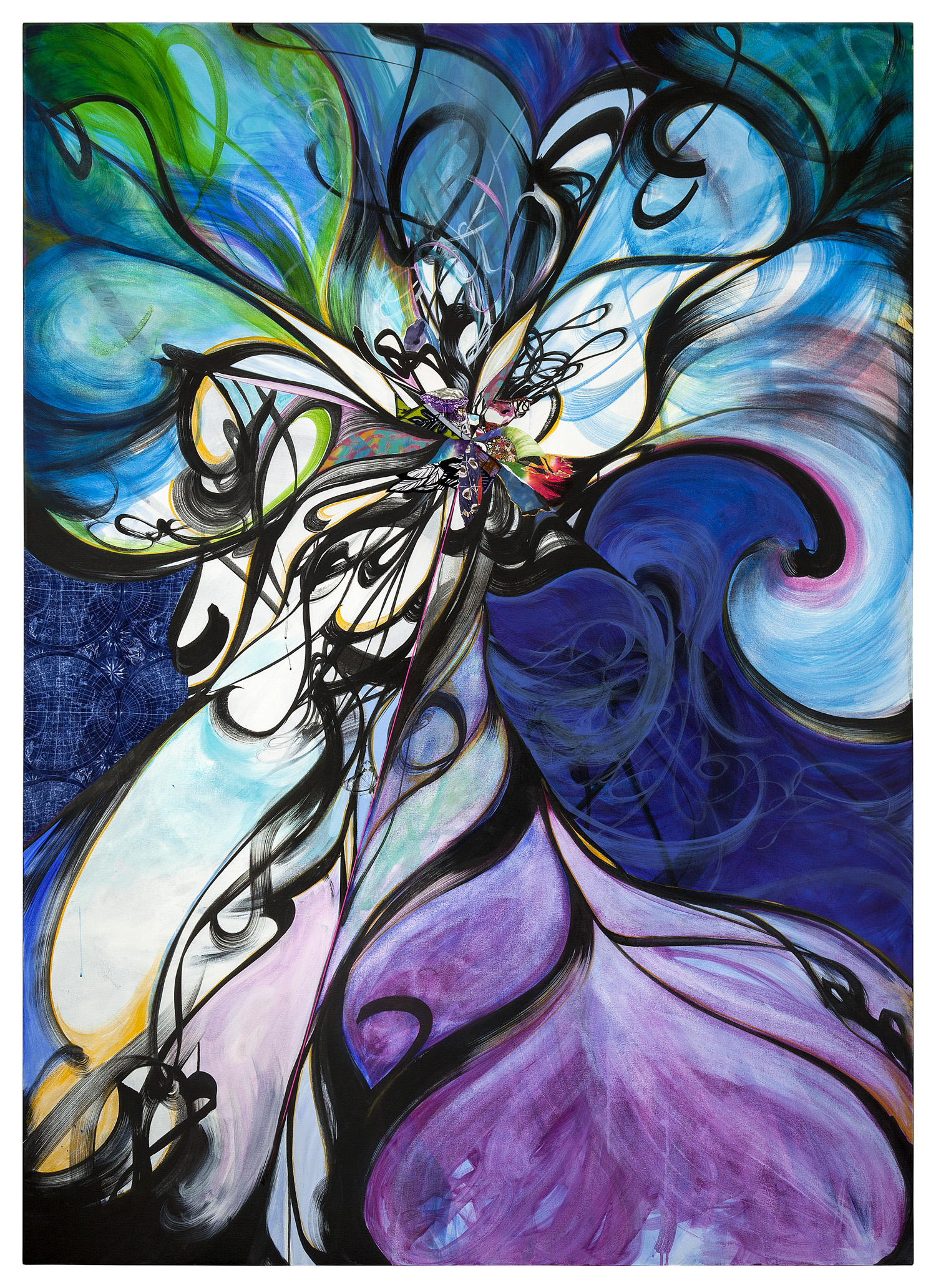 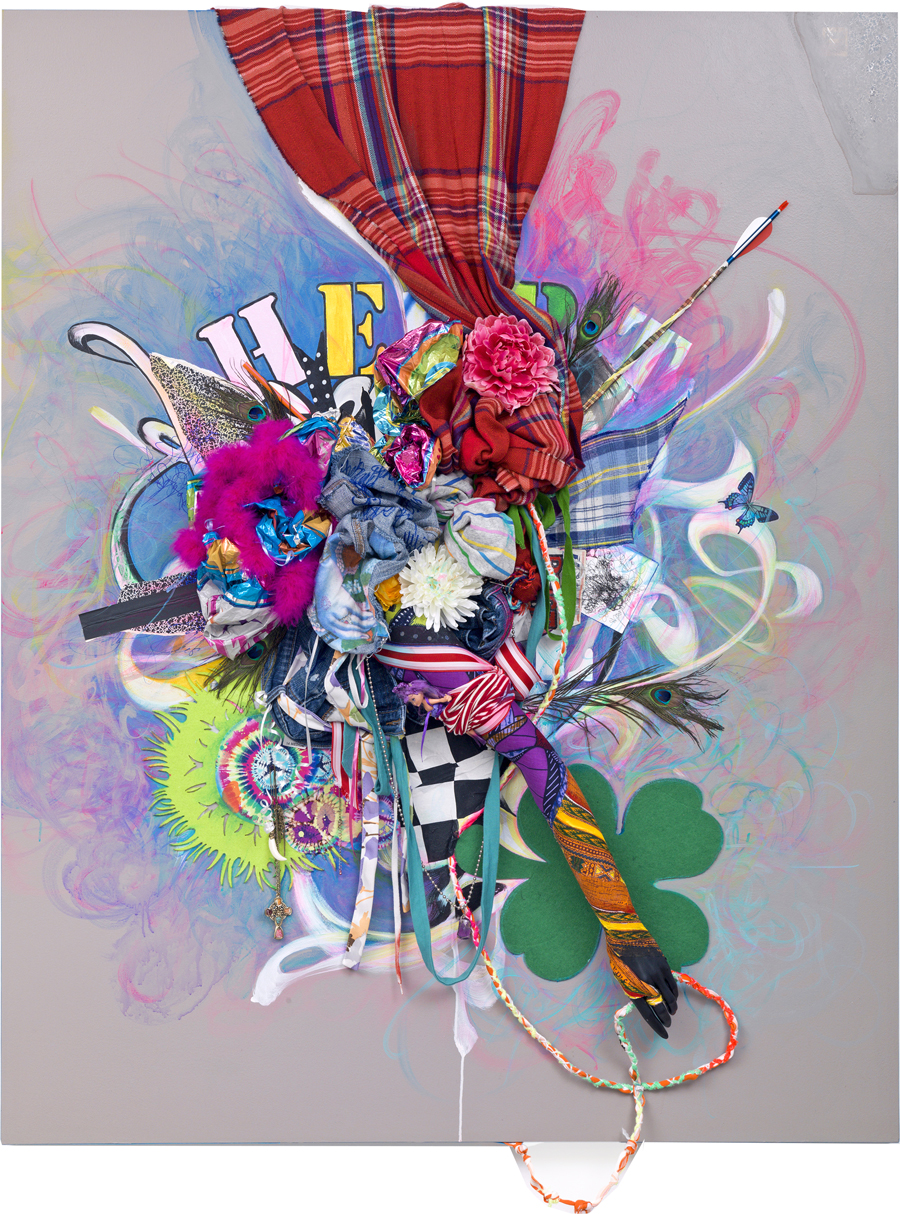 Critical I: Shinique Smith at the Frist Art Museum through January 9