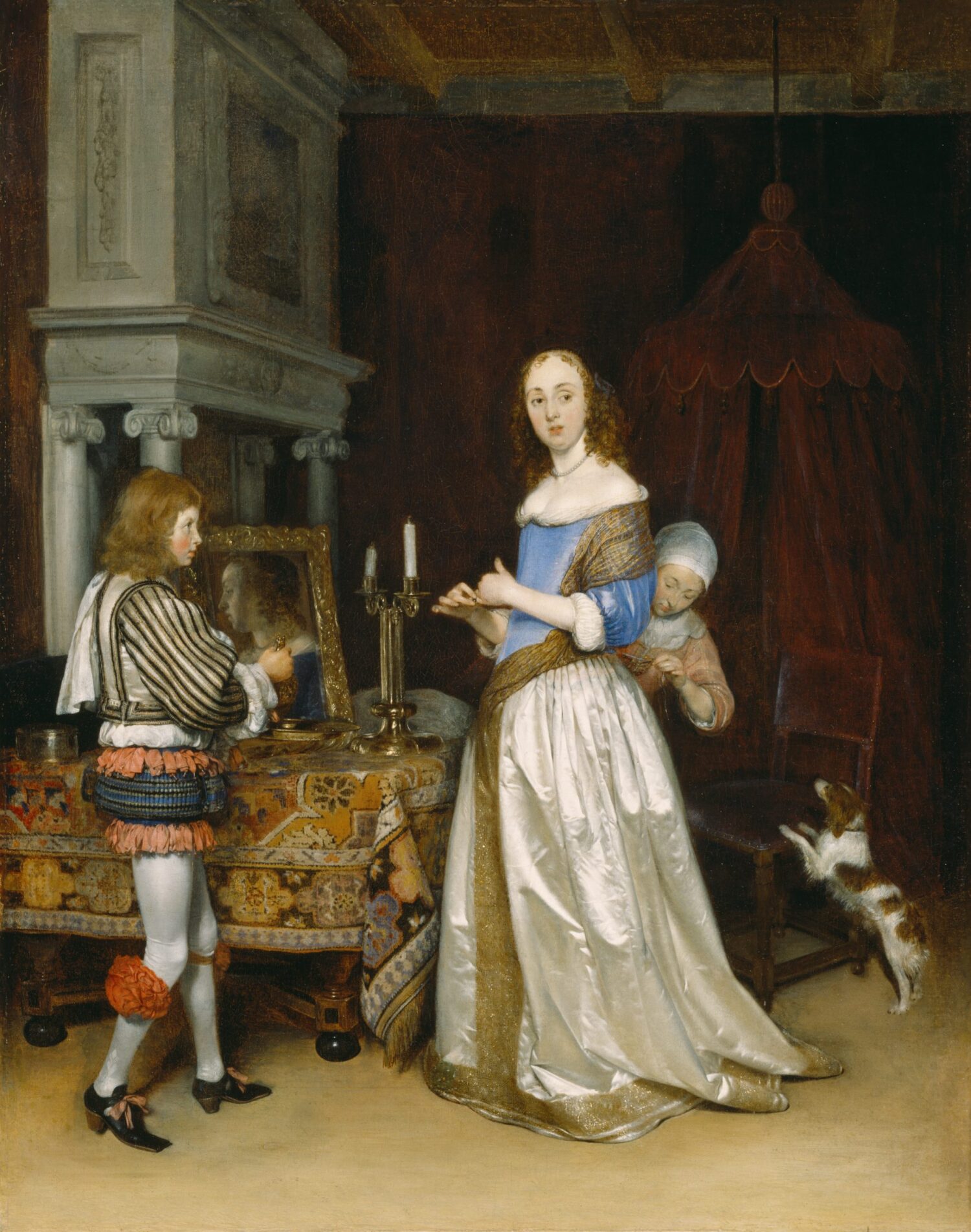 Rembrandt and the Dutch Golden Age: Highlights from the Detroit Institute of Arts

In the seventeenth century, the Dutch Republic enjoyed unprecedented wealth and prosperity and the period is known as the Dutch Golden Age. Painting and the decorative arts flourished in this small, predominantly Protestant nation in northwest Europe, which gained independence from the Catholic Kingdom of Spain in 1648 after nearly a century of intermittent war. At a time when the nobility and the Catholic Church were still the major patrons of art in the rest of Europe, an urban mercantile elite became the chief consumers of art in the new Dutch Republic. This is a significant difference that shaped the type of paintings produced in the Netherlands. Dutch art was made primarily for ordinary homes and secular buildings, not palaces or churches, and the subject of paintings included portraits of modest husbands and wives, exquisite still-lifes, seascapes with battleships, tranquil domestic interiors, and raucous tavern scenes as well as didactic religious scenes.

The Detroit Institute of Arts, an encyclopedic museum founded in Michigan in 1885, boasts one of the finest and largest collections of Dutch art outside the Netherlands. This spring, the Frist Art Museum is pleased to present Detroit’s greatest Dutch masterpieces by painters such as Frans Hals, Jacob van Ruisdael, Jan Steen, Gerard Ter Borch, and the incomparable Rembrandt van Rijn. The range of artists is matched by the impressive scope of the collection. This exhibition showcases all the major kinds of Dutch pictures of the Golden Age and each one is explored for what they reveal about Dutch life and society at this extraordinary moment in time. Decorative objects like those represented in still lifes and genre scenes provide insight into the material culture of the Dutch Republic and highlight its role in industry and world trade. 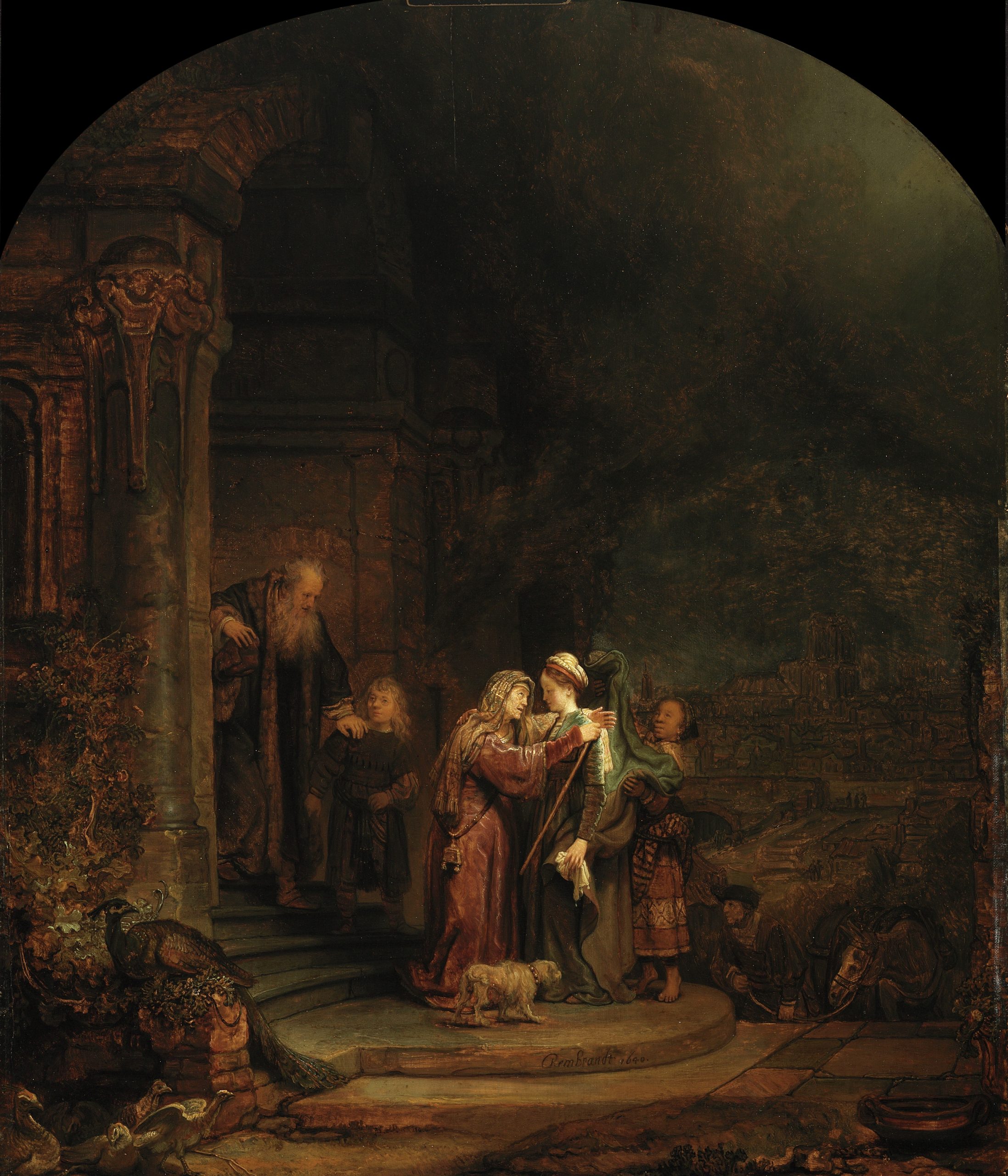 One of the most ravishing pictures in this exhibition is Rembrandt’s Visitation (fig. 1), a biblical scene signed and dated 1640 by the artist. To dramatize the joyous reunion of the Virgin Mary and her older cousin Elizabeth, both of whom are miraculously pregnant, Rembrandt sets the scene at night. A clear white light streams down Mary’s youthful face and identifies her as a pure vessel and an agent of redemption. Elizabeth enters into this light as she reaches out to embrace Mary. Only after our eyes adjust to the darkness do the four secondary figures in the scene—Joseph, Zacharius, and two young servants—emerge from the penumbra. The painting epitomizes Rembrandt’s eloquent and powerful way of telling a story through the fall of light. The effect in this instance is heightened by the painting’s tiny format, which demands the viewer’s intimate engagement. This is one of Rembrandt’s most important paintings in the United States.

Whereas Rembrandt never specialized in any one type of picture, most Dutch painters did. Rembrandt’s older contemporary Frans Hals, for instance, was above all a portrait painter. 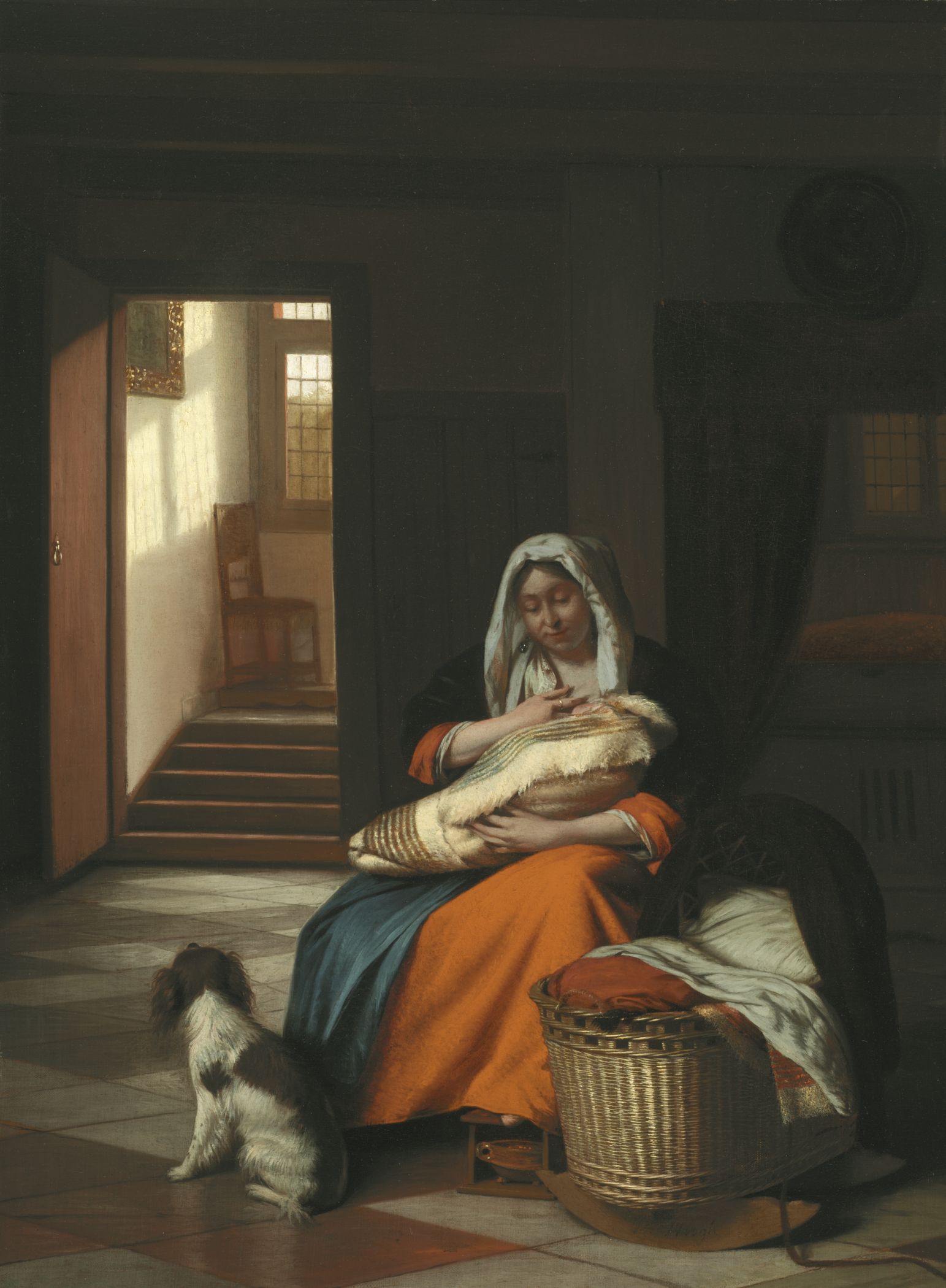 He developed a loose brushstroke to depict light on form, which was later to serve as an inspiration to Édouard Manet and the French Impressionists. Hals’s ability to capture the breath and character of his sitters through his virtuoso technique was admired by his contemporaries, and his portrait of the venerable preacher Hendrick Swalmius (above), who parts his lips and fondles his beard while turning to look directly at the viewer, is the type of “speaking likeness” for which Hals was known. Other painters, such as Pieter de Hooch and Jan Steen, became famous for their genre pictures, or scenes of contemporary daily life. These pictures vary in tone from the serious to the comic: de Hooch’s quiet depiction of a dutiful mother nursing her child in a tidy, well-ordered domestic interior (fig. 2), for example, stands in sharp contrast to Steen’s representation of unsavory men and women fighting, gambling, guzzling, laughing, and smoking inside a dimly lit tavern (fig. 3). 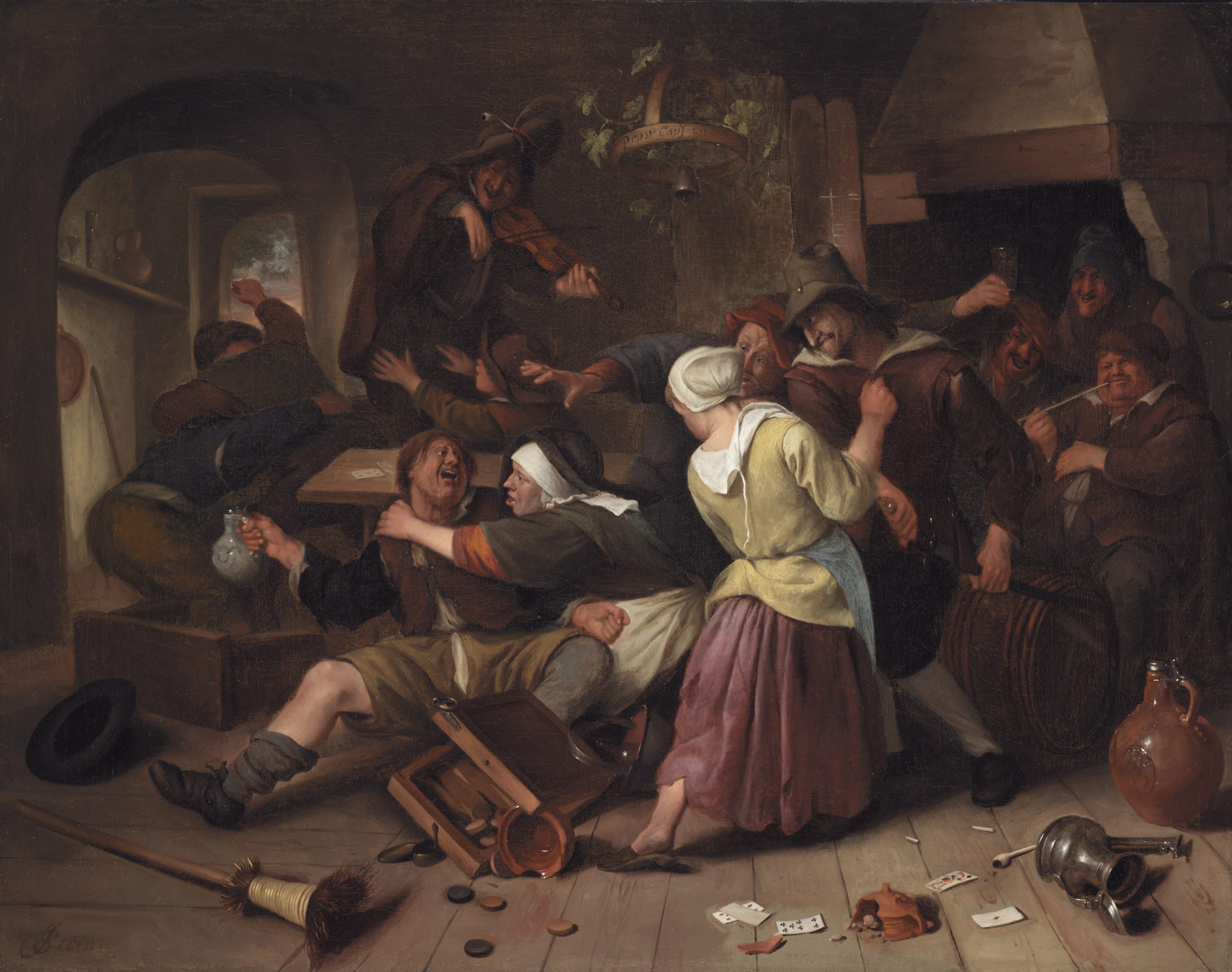 Dutch Golden Age painting initially draws us in by being uncommonly true to life, but sustains our attention with its insistence on the human measure. The triumph of Dutch painting is its brilliant and numerous pictorial inventions that elevate the stuff of everyday life into great art.

This exhibition was organized by the Detroit Institute of Arts. 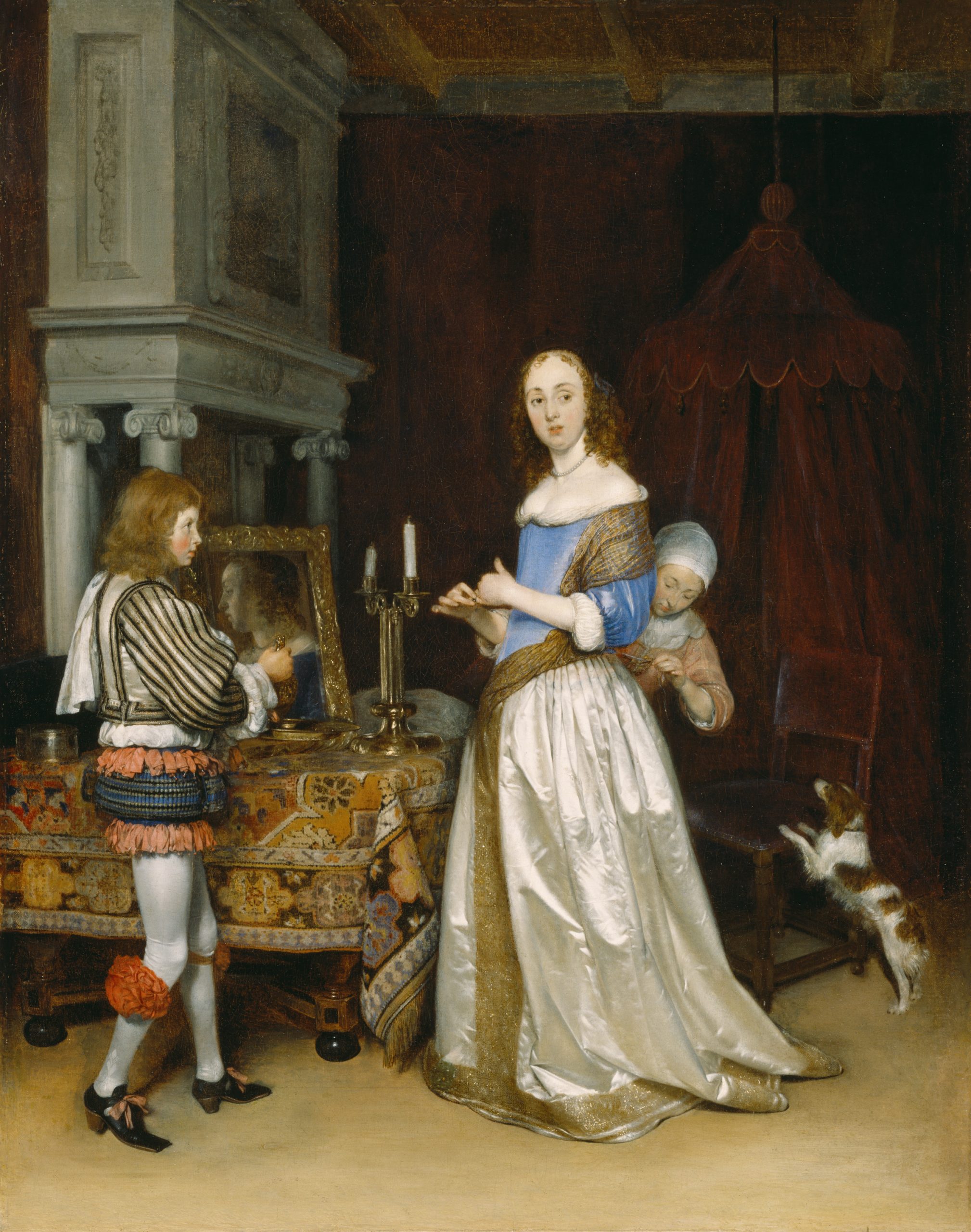 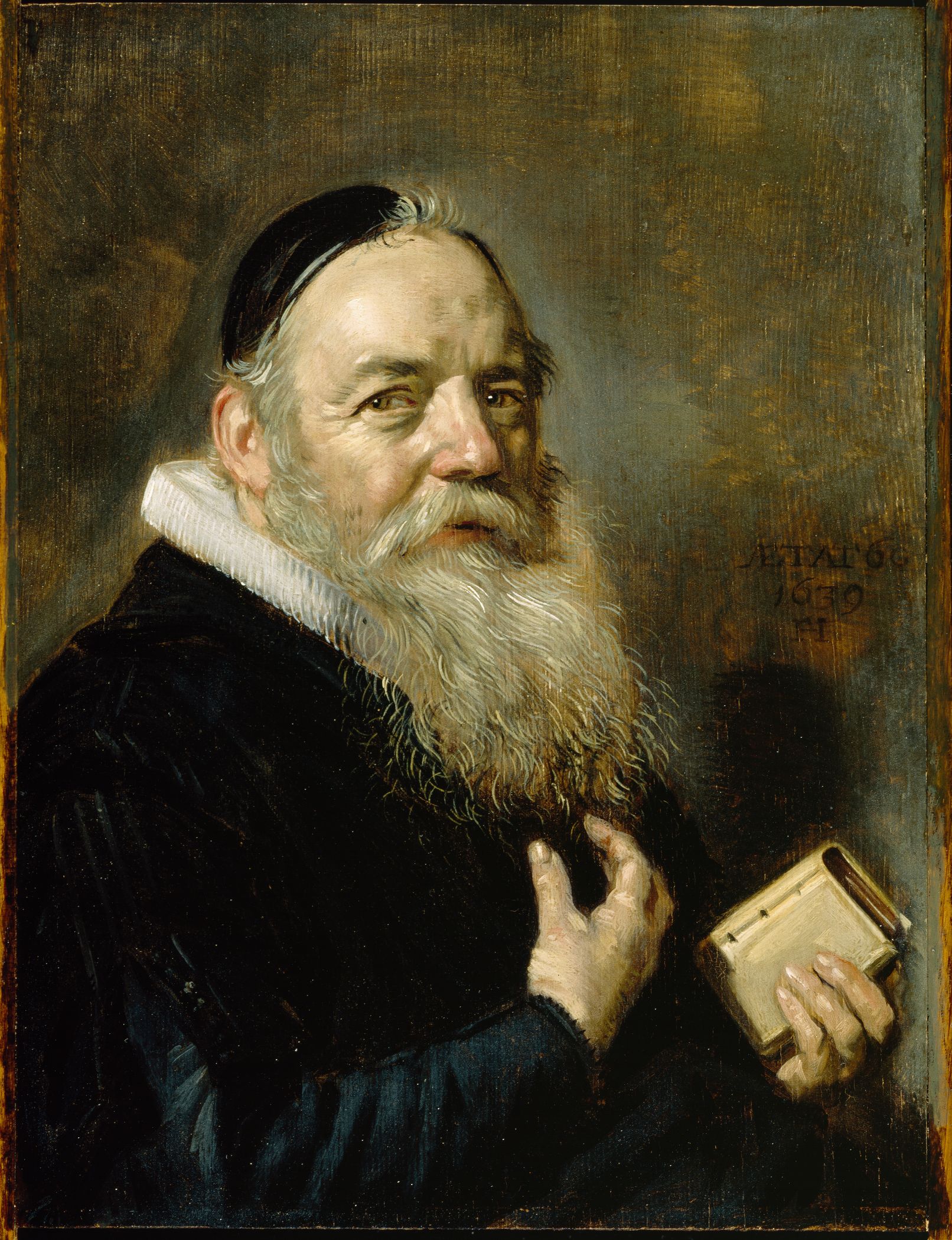 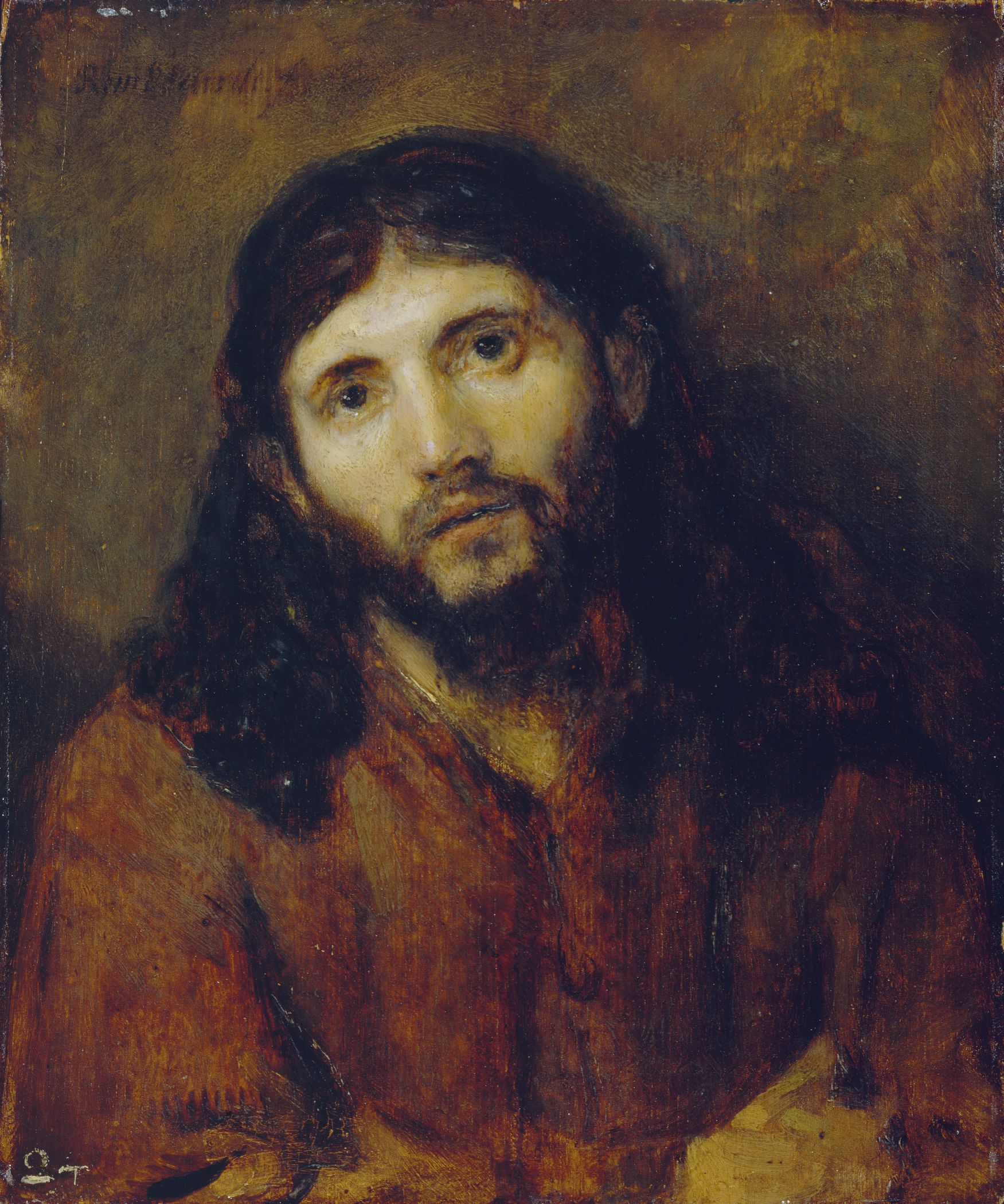 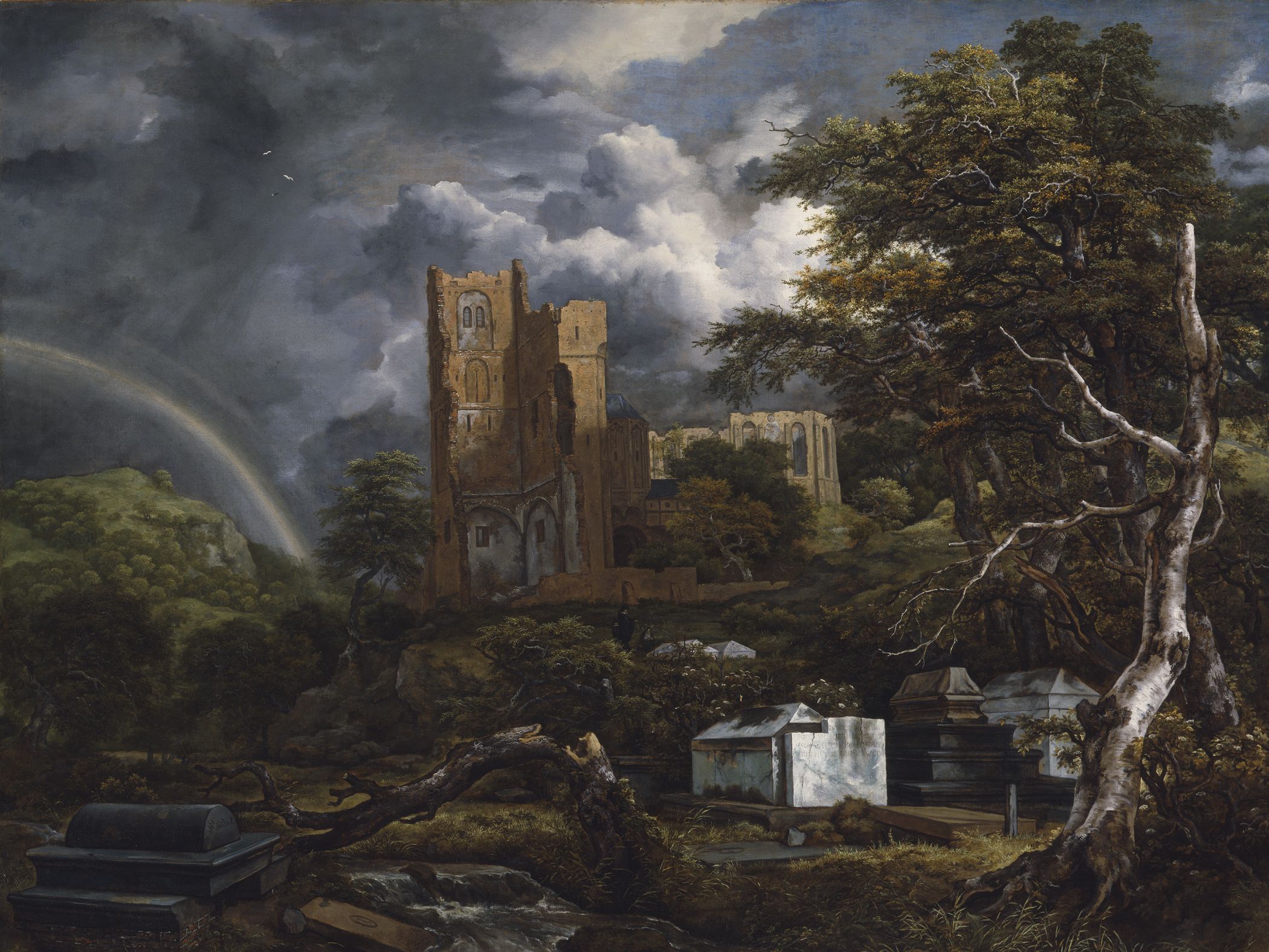