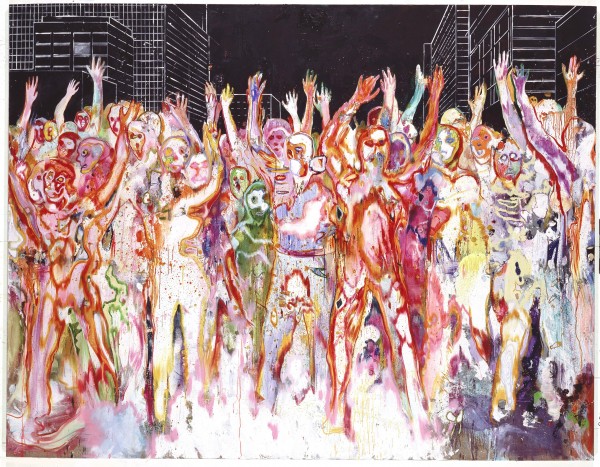 Paint Made Flesh presented paintings created in Europe and the United States since the 1950s in which a wide range of painterly effects suggested the carnal properties and cultural significance of human flesh and skin. As a revisionist study of post-World War II art, the exhibition offered a rejoinder to the modernist orthodoxies of the mid-to-late 20th century by contending that paint’s material properties make it well suited to convey metaphors of human vulnerability.

Paint Made Flesh was organized by the Frist Art Museum by Chief Curator Mark Scala.

This exhibition is supported by an indemnity from the Federal Council on the Arts and Humanities.

Accompanying the exhibition was a full-color illustrated exhibition catalogue, published by Vanderbilt University Press, with essays by Mark Scala and Susan H. Edwards, Ph.D., executive director and CEO of the Frist Art Museum, as well as by noted scholars Emily Braun, Ph.D., professor of art history at Hunter College (New York, N.Y.) and Richard Shiff, Ph.D., professor of art history at the University of Texas at Austin.

Walk through Paint Made Flesh with chief curator Mark Scala