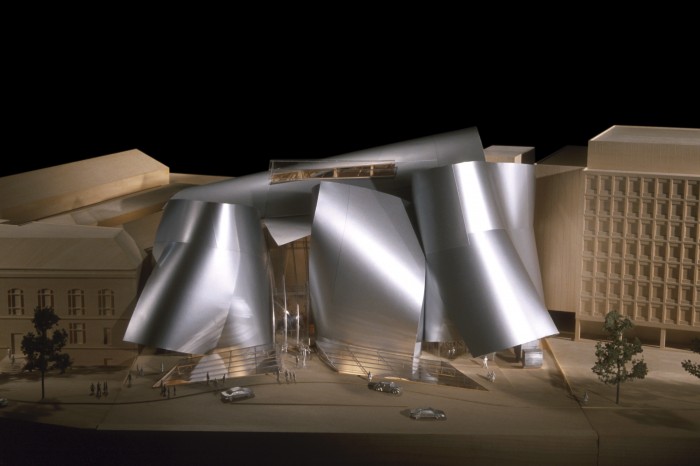 The role, aim, and identity of the museum are in transformation. Museums are visited and written about more than ever, while at the same time the traditional roles of preservation, exhibition, and research are expanding. Consumer society confronts the museum with greater and more varied expectations. The unprecedented museum construction and expansion boom currently happening globally sparked the inspiration for Museums in the 21st Century: Concepts, Projects, Buildings. During the nineteenth century, civic pride, public education, and a fascination for history and foreign cultures resulted in the creation of the first museums in Europe and in the United States. Many public museum collections grew out of royal or aristocratic private holdings; as a result, museum architecture on both continents was inspired by palaces and temples of antiquity.

Museum displays were organized according to linear or chronological categories, and the building had the seemingly simple function of displaying permanent collections. In the later twentieth century, as the information age and entertainment culture shaped post-colonial societies, the museum, like other civic institutions, started to change.

Museums today strive to attract all kinds of visitors; outreach and marketing have become important in ensuring that people of all cultural and social backgrounds visit the museum and return to visit again. Museums now offer a range of events beside their traditional functions of preserving, collecting, and exhibiting: concerts, films, lectures, shops, and workshops aim to create a complete entertainment experience.

Museum institutions work hard to forge new identities and their buildings are instrumental in this transformation. The ultimate achievement is when a building becomes a monument in its own right, a notion that perhaps began with Frank Lloyd Wright’s Solomon R. Guggenheim Museum in New York City (commissioned in 1943).

At the beginning of the twenty-first century, many new museum buildings are so spectacular that they appear in some cases to be autonomous large-scale sculptures. At the same time, many new museum designs are minimalist, which turns the attention inward and back to the collection. Museums in the 21st Century presents eighteen new museum buildings and extensions designed for locations in United States, Europe, Asia, and Australia by eighteen architectural firms. Some of the exhibited projects have only been completed recently, while others are still under construction. A few of these designs are on hold until further notice.

This exhibition examined the expression and purpose of museums’ exteriors and interiors and aspires to offer insightful comparisons.

This exhibition was curated and organized by Suzanne Greub, founder and director of the Art Centre Basel, Basel, Switzerland.

The exhibition Museums in the 21st Century: Concepts, Projects, Buildings was conceptualized and coordinated by the Art Centre Basel, Basel, Switzerland.

The Frist Art Museum gratefully acknowledges the generous support of the founding members of the Friends of Architecture: