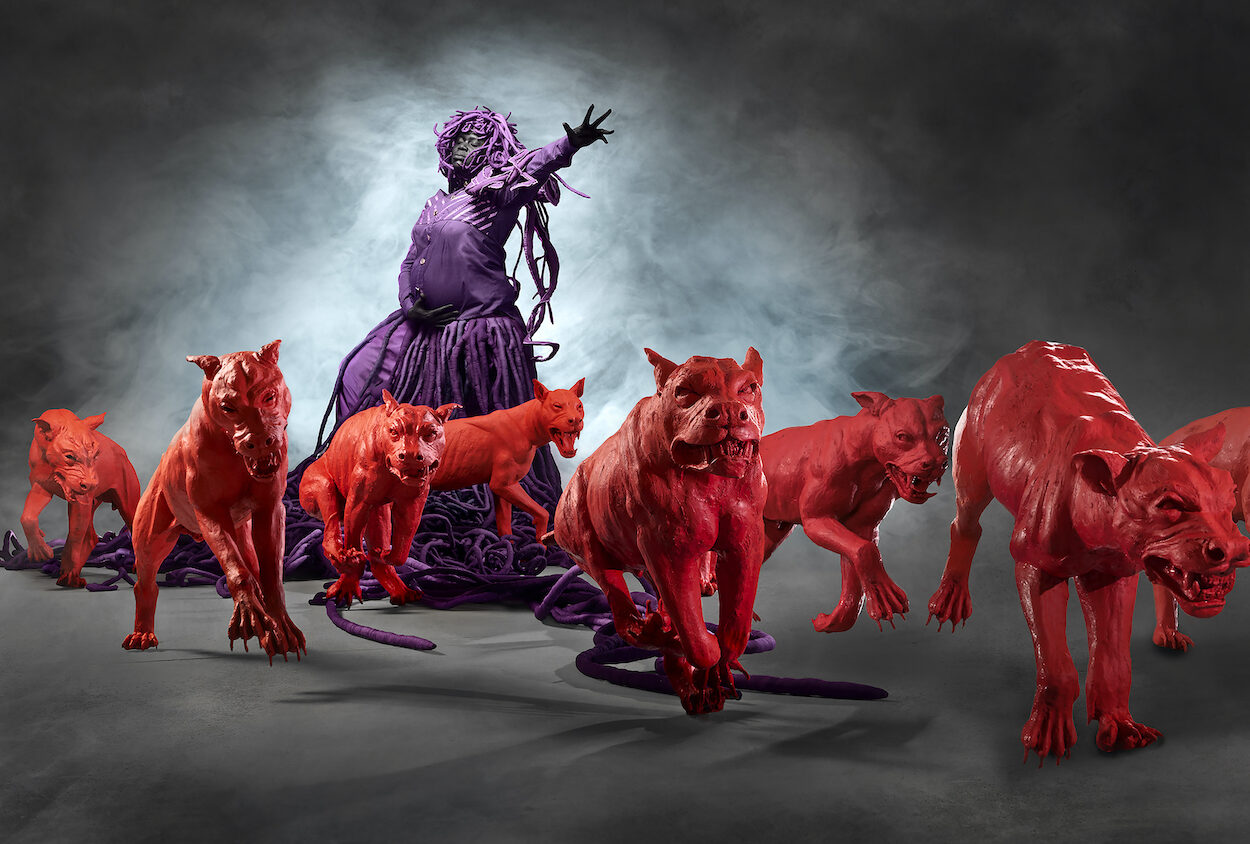 In hyperrealistic sculptures and photographs, Johannesburg-based Mary Sibande deconstructs the roles of women in South Africa as both individuals and in terms of race, gender, and class inequity. Sibande’s central character, Sophie, has been cast from her own face and body. In early work, this avatar wears the blue and white of a maid’s uniform, symbolizing the only type of employment that many impoverished Black South African women could obtain. The palette then moves to purple, signifying the political awakening that came with the end of apartheid. Recent work is predominantly red, an indication of the anger felt by many South Africans at the ongoing conditions of poverty and inequity in their country.

Sibande’s work has been exhibited in the South African pavilion of the Venice Biennale (2010); the Iziko South African National Gallery in Cape Town (2010); the Museum of Contemporary Art, Rio de Janeiro (2011); the Lyon Biennale (2013); The British Museum (2016); and The MET Breuer, Metropolitan Museum of Art (2018). She has received the Smithsonian National Museum of Art Award (2017) and other honors, including an Ampersand Foundation Fellowship and a Kidder Residency in the Arts at the University of Michigan. 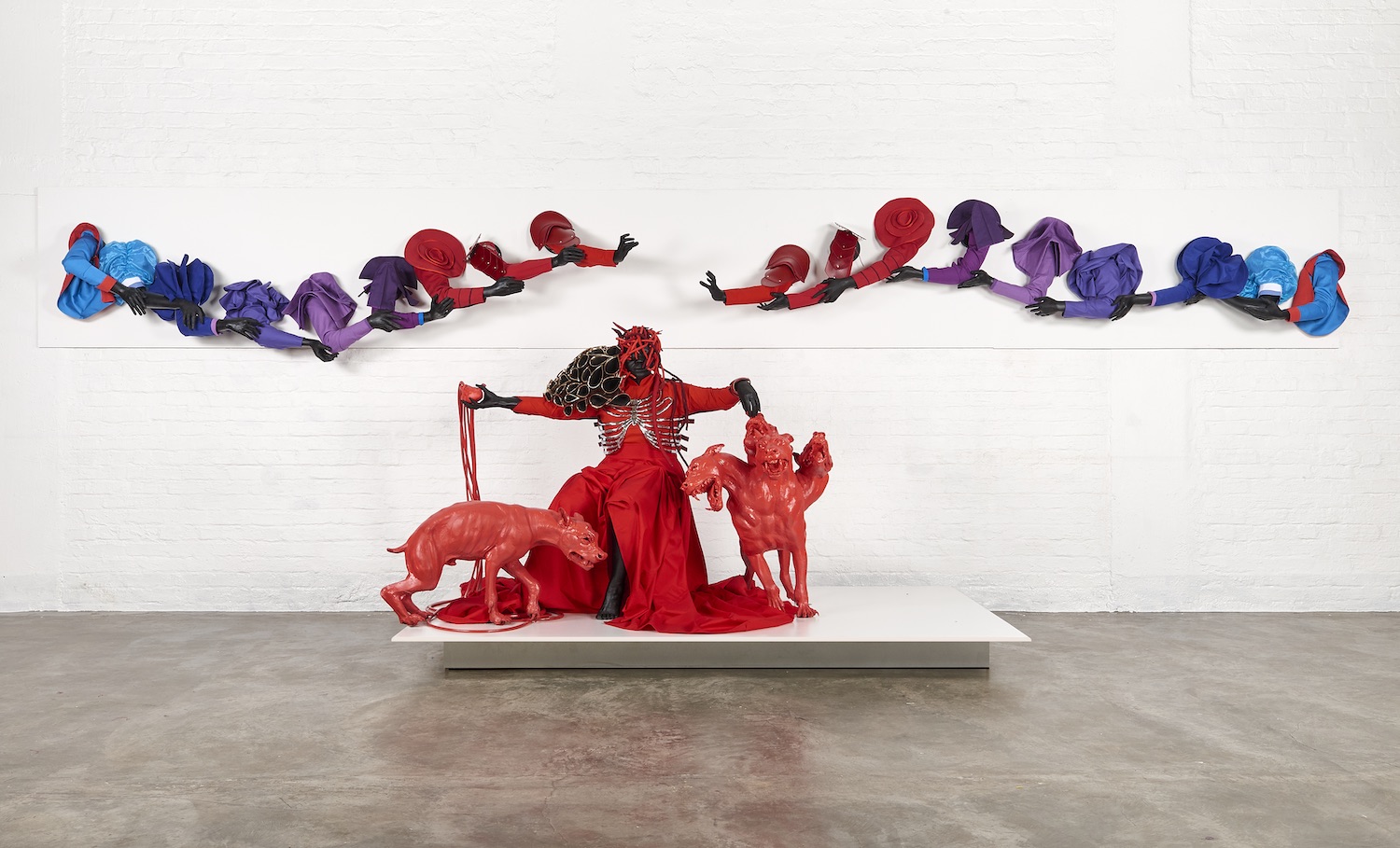 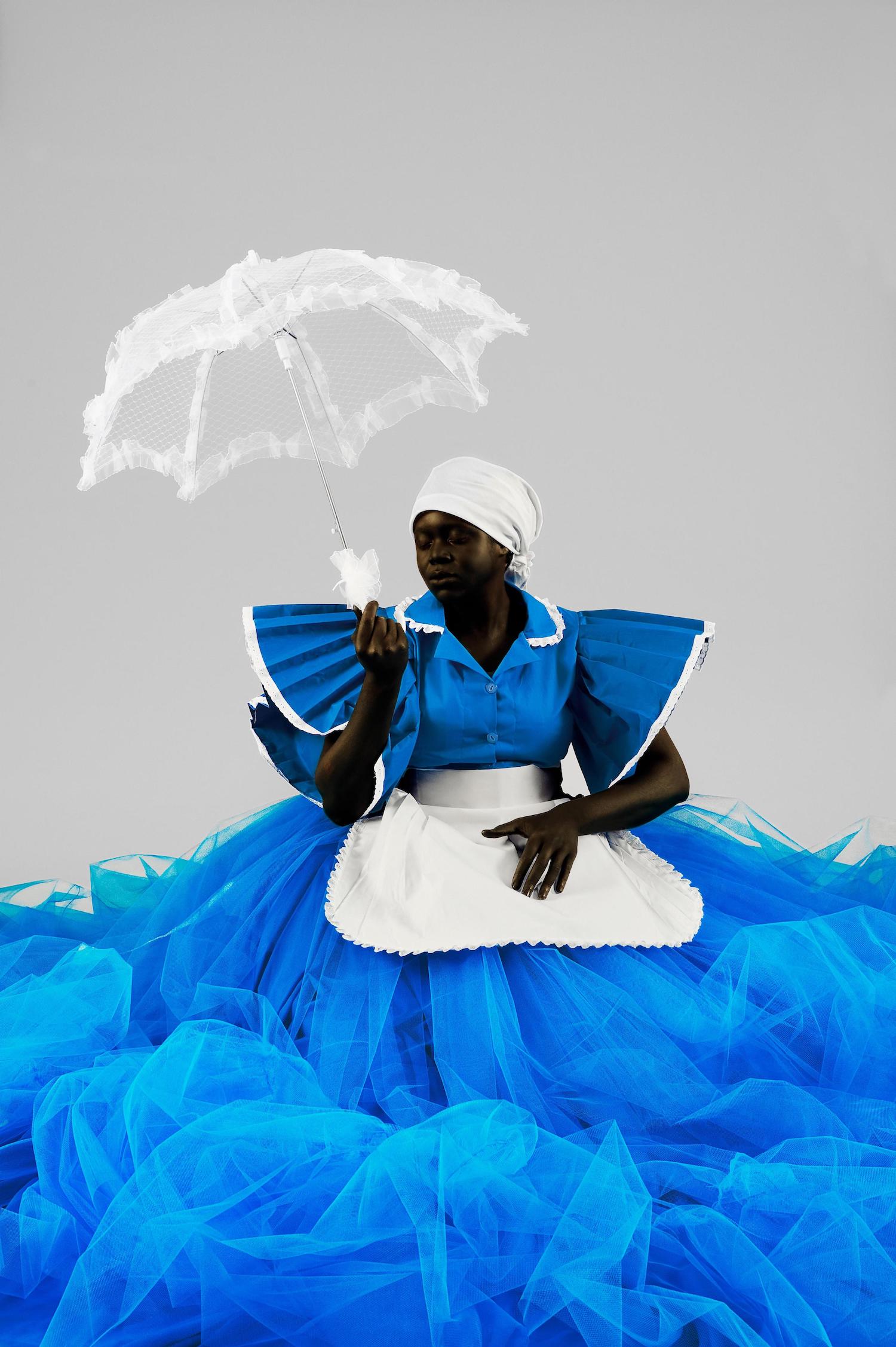