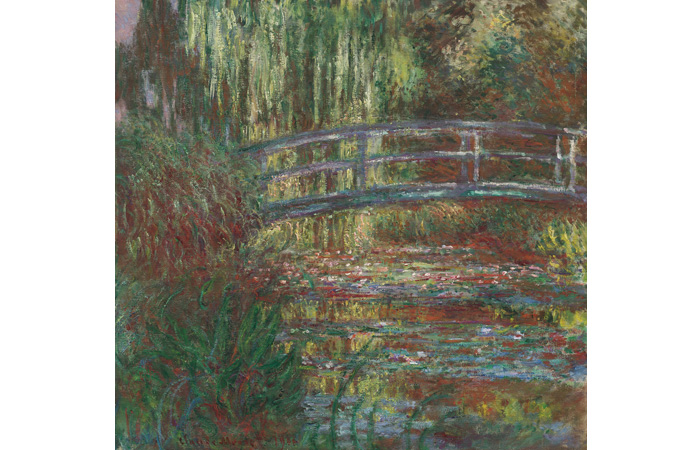 Looking East: Western Artists and the Allure of Japan

The late 19th and early 20th centuries witnessed an explosion of interest in all things Japanese that prompted a correspondingly radical shift in modern art dubbed japonisme by the Parisian critic Philippe Burty in 1872. Some of the greatest American and European artists were inspired by Japanese art and culture during this period to create works of singular beauty.

The Frist Art Museum will be the first museum to present Looking East: Western Artists and the Allure of Japan. The exhibition, which will later be seen in Japan, Canada, and San Francisco, explores the fruitful encounter between East and West by showing Japanese ukiyo-e prints and decorative arts alongside the paintings and prints of Mary Cassatt, Edgar Degas, Vincent van Gogh, Claude Monet, Edvard Munch and the furniture of Frank Lloyd Wright. The exhibition is drawn entirely from the collection of the Museum of Fine Arts, Boston, which has one of the finest collections of both Japanese art and American and European art of this period in the world.

The exhibition will be accompanied by a catalogue produced by MFA Publications.

In the mid- to late 1850s the island nation of Japan ended two centuries of self-imposed isolation when it signed treaties opening its ports to trade with Britian, France, Russia, and the United States. As Japanese prints, albums, and objects began to arrive in Europe and North America in unprecedented quantities, a craze for all things Japanese set in among collectors, artists, and designers. Known by the French term japonisme, the phenomenon created a radical shift in Western taste toward Japanese aesthetic principles. Japonisme played a prominent role in the major movements of Western art in the late nineteenth and early twentieth centuries, among them Impressionism, Post-Impressionism, and Art Nouveau, and influenced everything from architecture and furniture to book illustration and painting.

Looking East: Western Artists and the Allure of Japan illuminates the myriad of different ways that American and European artists responded to their new exposure to Japanese art and culture. As a sign of their own cosmopolitanism, Western illustrators, painters, photographers, and printmakers staged their compositions with elegant oriental props. Japanese fans, kimonos, lanterns, screens, umbrellas, and vases are especially common in French painting. In search of better design, Western decorative artists, including Louis Comfort Tiffany and the Newcomb College potters in the United States, appropriated Japanese forms, along with characteristic flora and fauna motifs such as chrysanthemums and butterflies. The more austere side of the Japanese aesthetic encouraged the pure, reduced lines of early modern architecture and furniture produced by Josef Hoffman of Austria and Frank Lloyd Wright of the United States.

Japanese color woodblock prints called ukiyo-e, or pictures of a floating world, in particular set the Western imagination on fire. They focus on the transitory nature of life, a poetic idea that is inherently bittersweet. Their themes include annual festivals celebrating the blossoming of flowers, flirtatious geishas dancing in elegant kimonos, actors performing in Kabuki theater, and majestic Mount Fuji under a variety of weather conditions. Ukiyo-e combine unusual points of view and assymetrical compositions with decorative patterning and delicate colors—all of which made them a revelation to Western artists trained to order the world around them according to single-point perspective. Japanese prints inspired American and European artists by giving them new ways of seeing. In Japan ukiyo-e sold for about the same price as a bowl of rice and initially they were nearly as affordable in the West. From the 1860s onward, prints by Japanese masters such as Utagawa Hiroshige and Katsushika Hokusai were avidly acquired in Europe and the United States, so much so that today the largest and best collections are found outside Japan.

The French Impressionist Claude Monet’s collection of more than 200 Japanese prints was unmatched in quality or quantity by that of any other painter of this period. He looked to them as a source of inspiration throughout his long career, and even based the gardens at his country home in Giverny, France, on ukiyo-e landscapes. Its humpback footbridge arching over light-reflecting water, which was so often the subject of Monet’s paintings, is similar to the one seen in Hiroshige’s Bamboo Yards, Kyôbashi Bridge . Monet’s garden at Giverny can still be visited today and serves as an enduring reminder of the allure of Japan for Western artists.

Audio Guide for Looking East
To listen to the audio guide for this exhibition, please click on the “Listen Online” link on the upper right portion of this page. Click here for a text document of this file. Audio Tours are also available on site at the Frist Art Museum for $3.00 (Frist members receive audio tours free).

Looking East: Western Artists and the Allure of Japan is organized

by the Museum of Fine Arts, Boston. 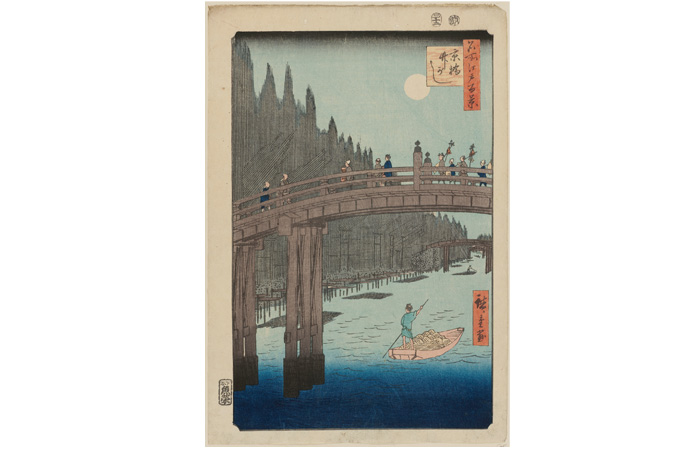 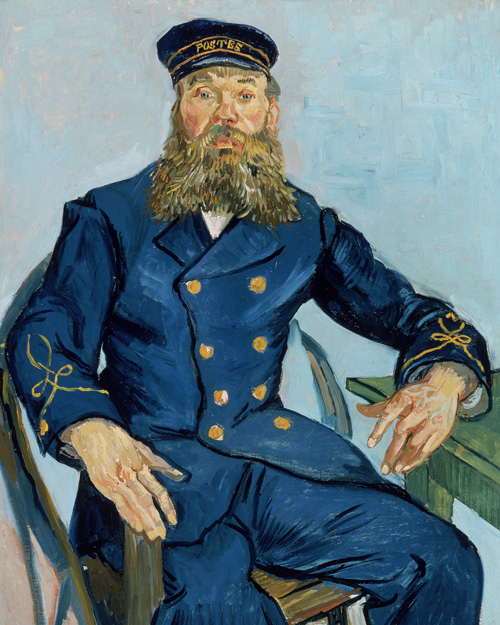 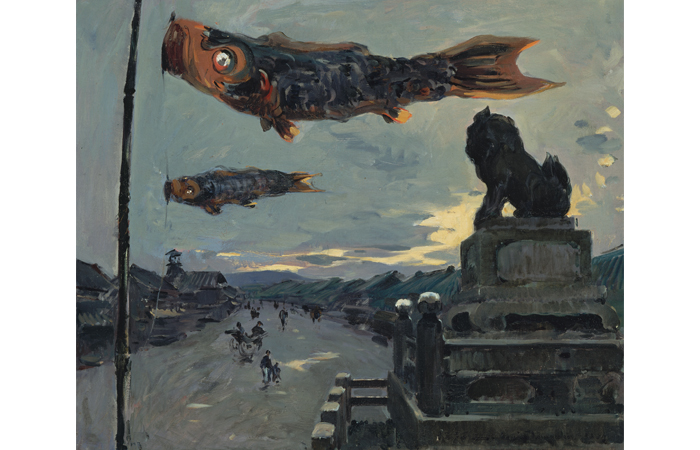 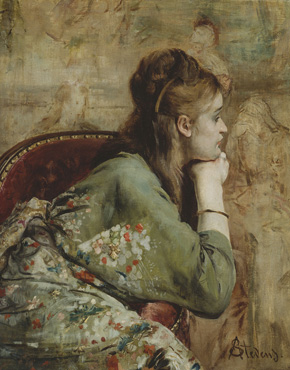 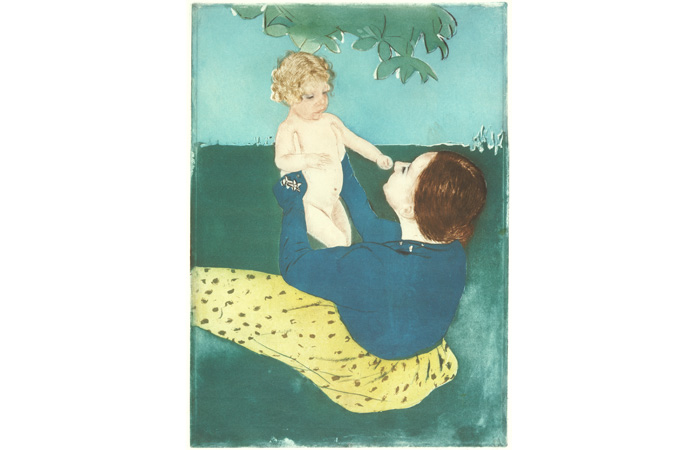 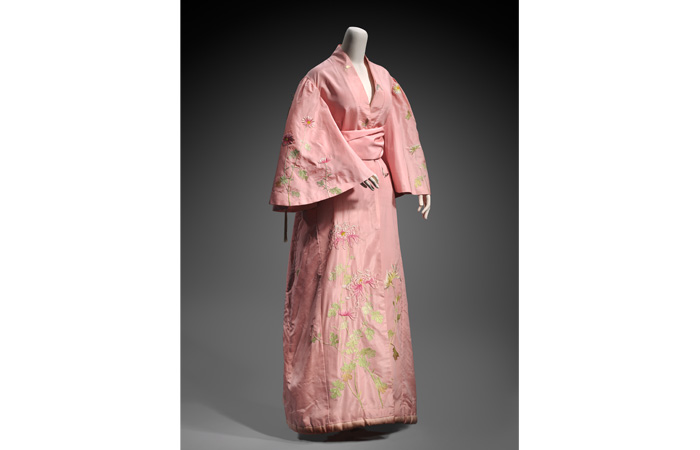 Teacher Guide—Looking East: Western Artists and the Allure of Japan

Looking East: Western Artists and the Allure of Japan