During the Renaissance, a period spanning from the fourteenth to the sixteenth centuries, elaborately decorated wooden wedding chests known as cassoni (cassone: singular) were an integral part of Italian marriage rituals. Commissioned in pairs and shaped like ancient sarcophagi, they were paraded from the bride’s house to her husband’s after the wedding. Throughout the marriage, the chests continued to be used as storage and seating and were among the most prestigious furnishings in the home.

In Renaissance Italy, arranged marriages were the norm. They were regarded as an alliance between two families who were usually of similar economic, social, and political standing. Wives were often younger than their husbands by a decade or more. Once a couple got engaged, the bride’s father and her groom negotiated her dowry, which could range from clothing and jewelry to vast estates and other more substantial assets. Commissioning a pair of marriage chests to celebrate the union and to hold the bride’s possessions was also done by either her father or the groom.

Cassoni tell stories and teach edifying lessons relevant to marriage. Erudite subject matter demonstrates the patron’s sophistication and sometimes has familial or civic significance as well. Heroic epics by ancient Roman and Greek authors, such as Ovid and Homer, are popular sources for the stories, as are the fourteenth-century poetic writings of Boccaccio, Dante, and Petrarch. To create meaningful connections between the past and the present, ancient tales are set in Renaissance settings with figures wearing the latest fashions.

More cassoni were made in Tuscan cities, where there was a large merchant class and a strong tradition of painted furniture, than anywhere else in Italy. Among the many artists who produced cassoni were Francesco di Giorgio Martini in Siena and Giovanni di Ser Giovanni Guidi, better known as Lo Scheggia, in Florence. These painters customized marriage chests, including adding the coats of arms of brides and grooms.

Cassoni fell out of style even before the Renaissance had ended, and few of them survive intact today. Most were dismantled so that  their painted panels could be sold separately on the art market, a practice common in the nineteenth century.

This exhibition features outstanding marriage chests and panels belonging to the Museo Stibbert in Florence, Italy. They are considered as part of their original domestic context and displayed alongside an array of other art objects made for the home, including devotional paintings, pottery, and textiles. Together, these works of art give us insight into life, love, and marriage in Renaissance Italy.

This exhibition was organized by Contemporanea Progetti with the Museo Stibbert. 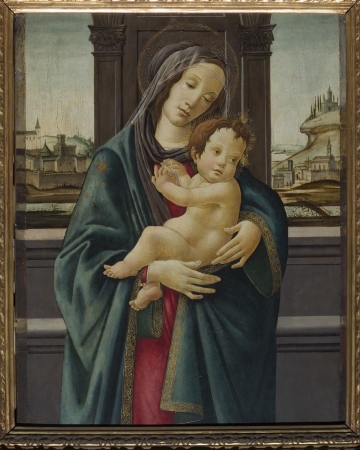 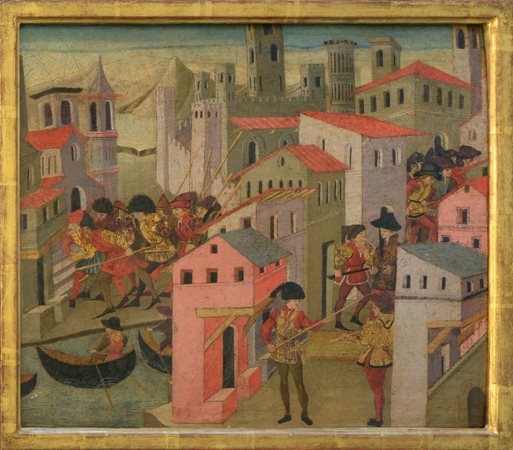 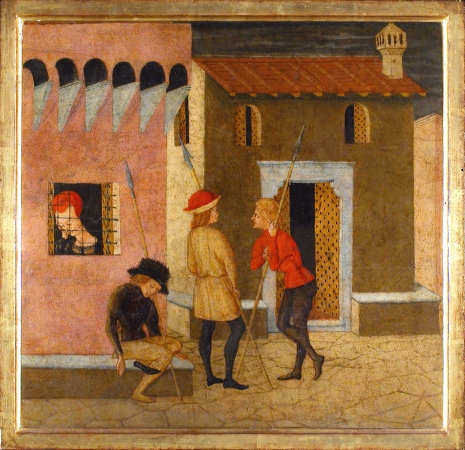