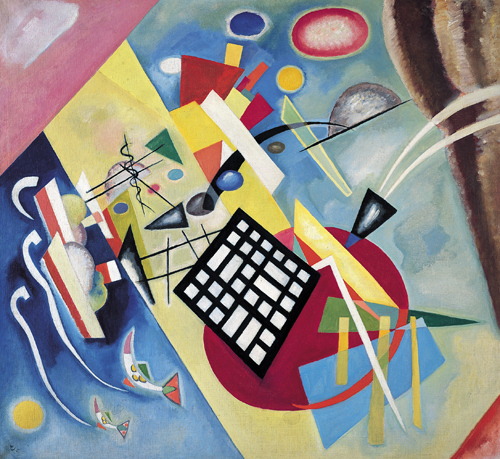 Considered one of the most influential artists of the 20th century, Wassily Kandinsky is often credited with creating the first purely non-objective painting. Featuring more than 100 paintings, watercolors, drawings and a reconstituted mural, Kandinsky celebrates some of the most significant aspects of the artist’s oeuvre. Beginning with his early paintings influenced by symbolists such as Edvard Munch, Russian folk painting and Fauvism, the exhibition also includes works the artist created while part of the Munich-based group, der Blaue Reiter, which greatly influenced Kandinsky’s stylistic shift toward pure abstraction. The exhibition also surveys Kandinsky’s work during his time in Russia through World War I and after the October Revolution, the time he spent at the Bauhaus in Germany, and concludes with late works he created in Paris.

Drawing extensively from the collection of Kandinsky’s works from Paris’s Centre Pompidou, which were donated by Kandinsky’s widow, the exhibition will also feature an additional selection of works by other der Blaue Reiter artists from the Milwaukee Art Museum and the Solomon R. Guggenheim Museum, New York, providing a context through which viewers can appreciate Kandinsky’s significance.

FROM THE GALLERY GUIDE

This exhibition of more than 100 paintings, drawings, and other works follows the artistic evolution of Wassily Kandinsky (1866–1944), who played a leading role in the ascendancy of modern art. It begins at the turn of the twentieth century with a selection of figurative works, continues through exuberant experiments in abstraction, color, and gesture in the early teens, and concludes with later works composed of both geometric and organic forms combined in compelling new ways. This extraordinary stylistic trajectory, along with his prodigious theoretical writings, has caused Kandinsky to be recognized as one of the most innovative artists of the twentieth century.

Chronological in its presentation, this retrospective opens with works from the early 1900s, including landscapes, painted folktales, and figurative works that Kandinsky created in Munich, a center of the European avant-garde. These works show how the young artist was influenced by major styles such as Art Nouveau, Impressionism, Symbolism, and Post-Impressionism, and how he began to integrate and expand those styles in the pursuit of a vision founded on the premise that an artist should use color and form to convey inner experience.

The next section begins in 1908 when Kandinsky and his companion Gabriele Münter moved to Murnau, Germany. Along with Alexei Jawlensky, Franz Marc, Marianne Werefkin, and other like-minded artists, Kandinsky founded Der Blaue Reiter (The Blue Rider) group, which aimed at conveying a spiritual vitality that would counter the materialistic values of society.

In 1912, together with Marc, Kandinsky published the Almanach Der Blaue Reiter, which articulated the group’s ideals. This section features selections from the Milwaukee Art Museum’s collection of Blaue Reiter painters. Other highlights include Kandinsky’s early forays into pure abstraction. These relate to the publication of his seminal book, Concerning the Spiritual in Art (1911), a widely read treatise in which he defined his ideal of painting as an expressive manifestation of inner necessity. When World War I began in 1914, Kandinsky returned to Russia and was appointed to various prestigious posts, including the People’s Commissariat for Education.

He painted few canvases at this time but produced many watercolors and drawings. Although his Russian period fluctuates between figurative and abstract art, once Kandinsky was exposed to the reductive geometric styles of Suprematism and Constructivism, his work shifted away from emotional gestures toward the employment of more measured geometric motifs.

In 1922, Kandinsky was invited to teach at the Bauhaus, the influential school of art, design, and architecture in Weimar, Germany, where he threw himself into an intensive period of artistic and theoretical production. With his students, the painter worked on monumental decors, including the murals that he designed for a museum lounge, which were shown at the Juryfreie exhibition in Berlin. A later realization of this room is a highlight of the section of the exhibition devoted to Kandinsky’s years at the Bauhaus.

The rise of Nazism in 1933 led to the closure of the Bauhaus. Kandinsky moved to Paris, where he met Surrealists Jean Arp, André Breton, Max Ernst, and Joan Miró. He began producing works with organic shapes, inspired both by the influence of these artists and by photographs of microscopic views of cells and tissues. The painter completed his final watercolor in 1944, and died soon afterwards in Paris at the age of seventy-eight.

Kandinsky retained possession of works from every period of his four-decade career. In 1981,his widow, Nina, bequeathed numerous paintings and works on paper to the Centre Pompidou–Paris. This exhibition is principally composed of selections from that collection, with additional works from the Milwaukee Art Museum and the Solomon R. Guggenheim Museum, New York.

Kandinsky: A Retrospective is organized by the Centre Pompidou, Paris and the Milwaukee Art Museum. 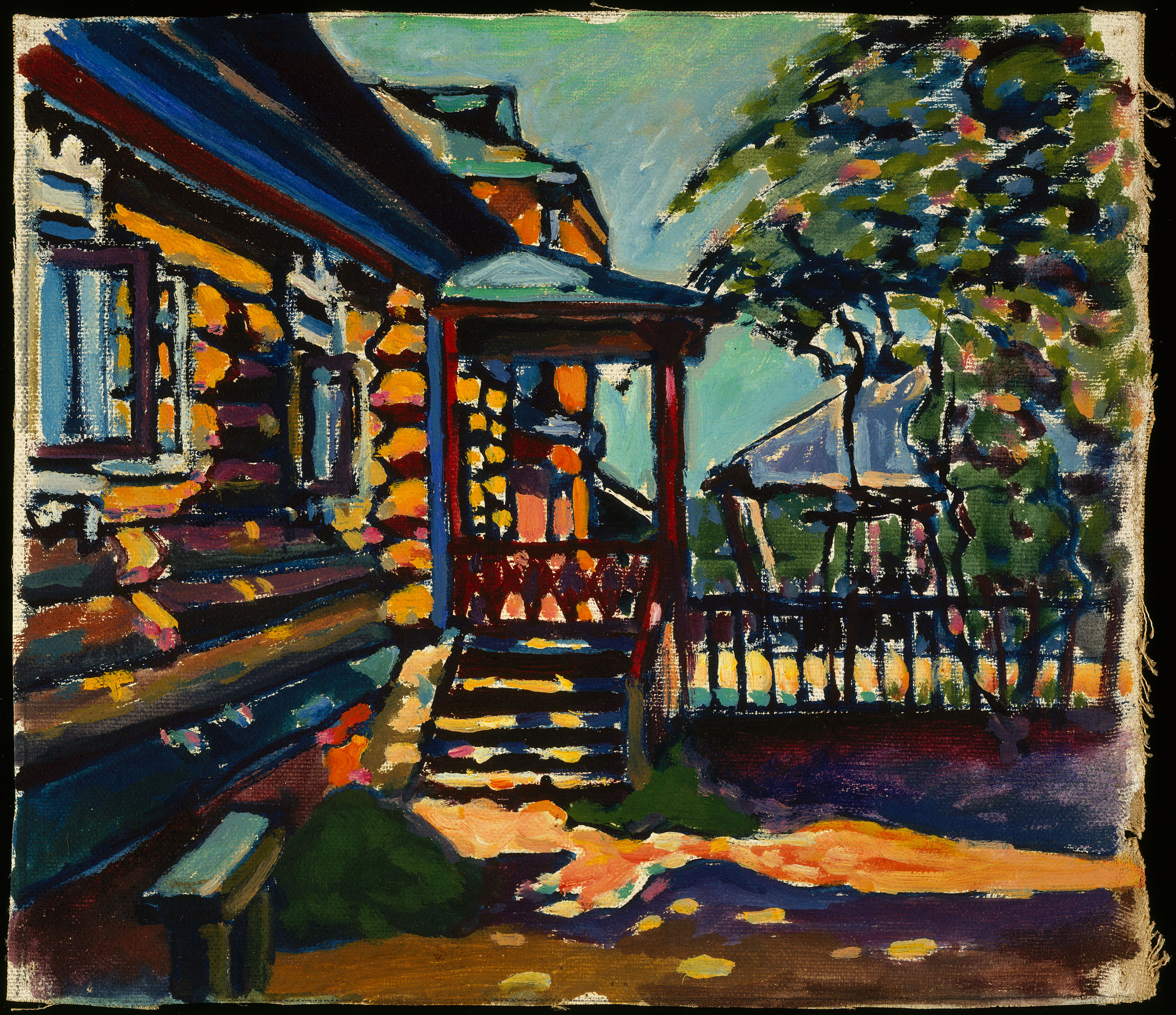 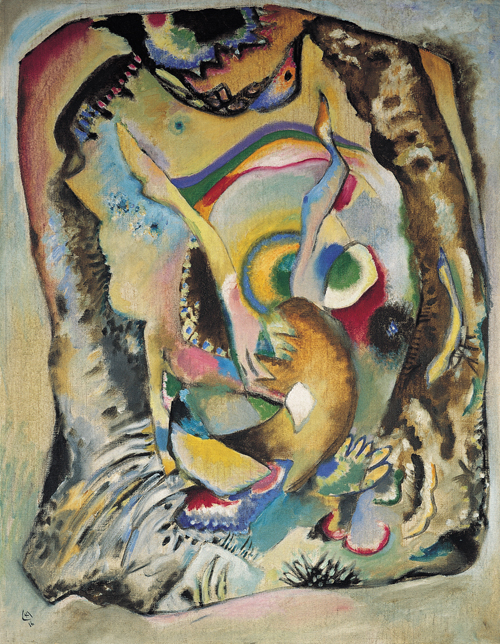 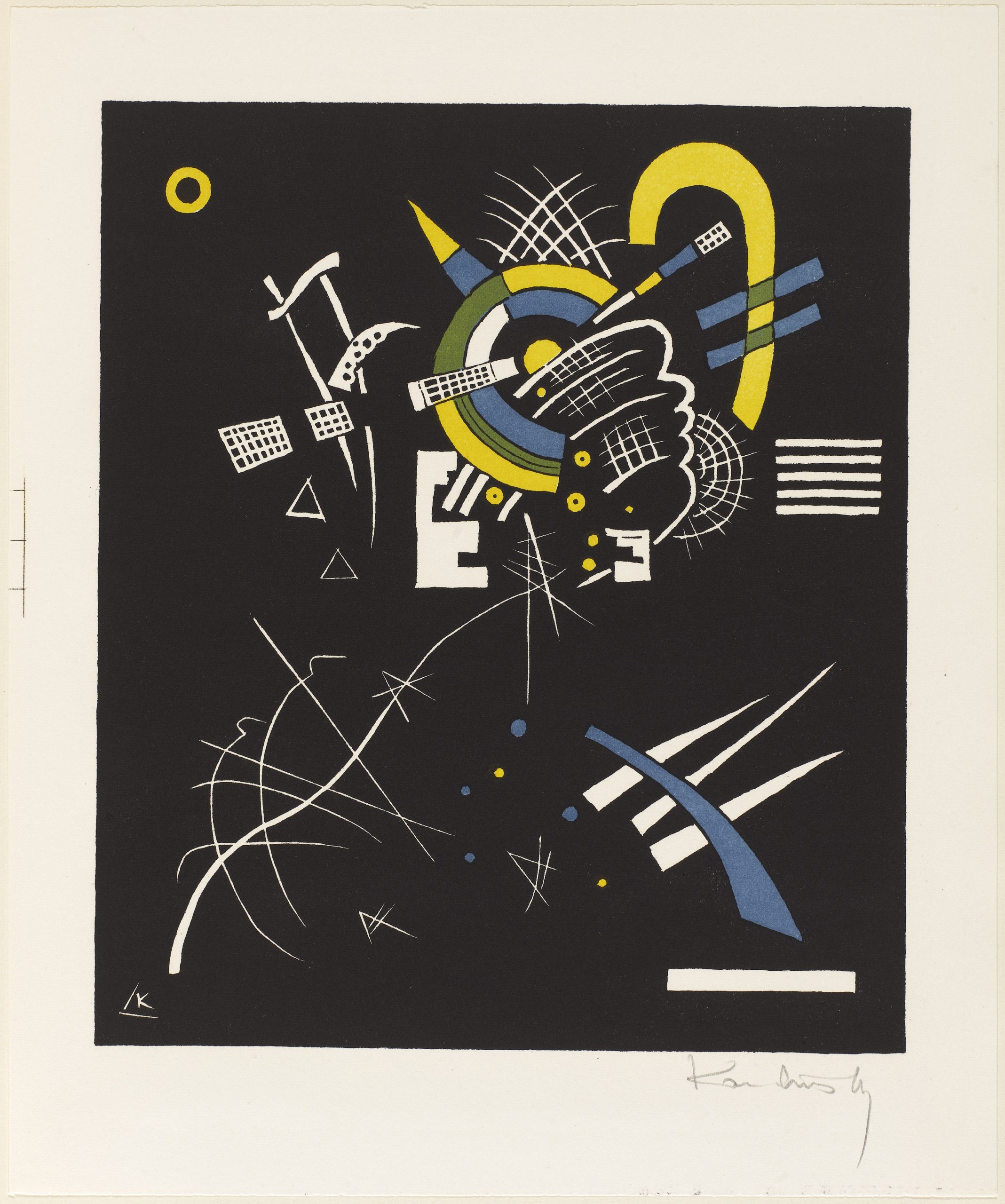