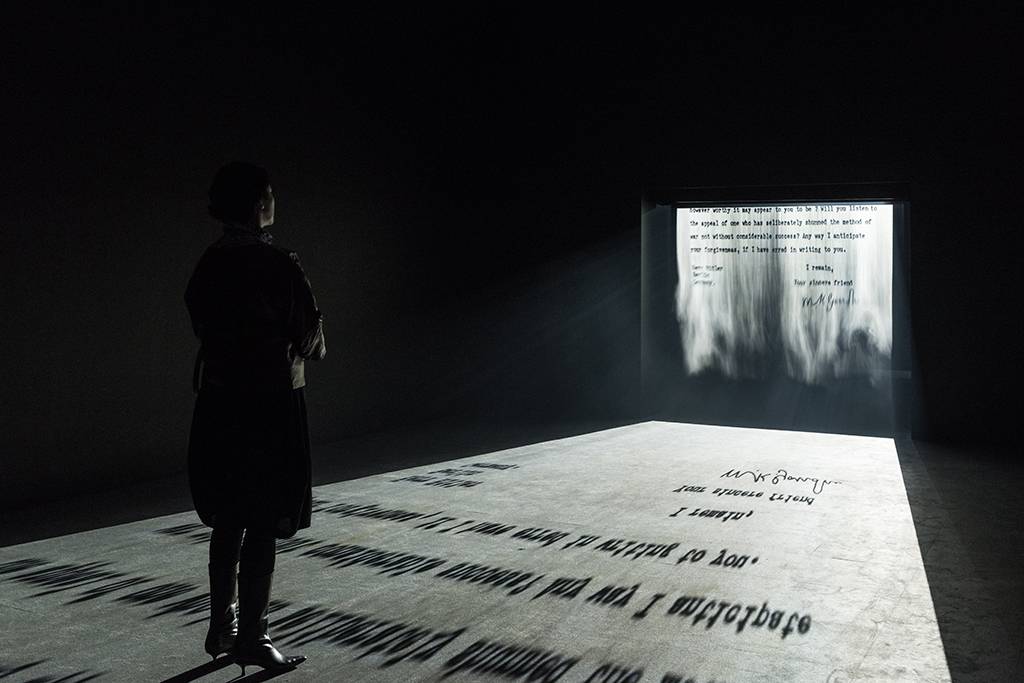 Covering Letter (terranum nuncius) commemorates and reinvokes select sounds and images that were composed for expedition into interstellar space as a planetary message to extraterrestrial life. Kallat draws from the Golden Record hoisted onto the legendary Voyager 1 and 2 space probes launched by NASA in 1977. Currently located over 13 billion miles away from planet Earth, the contents of this “time capsule” were assembled for NASA by a committee chaired by Carl Sagan. It is expected to continue its cosmic journey well beyond the probable extinction of our species and our planet.

In the gallery permeated with the sound of greetings to the universe in 55 languages was a large round table with over a hundred backlit 3-D photographic transparencies placed on it. To create them Kallat referenced the images decoded by Ron Barry, a U.S.-based software engineer. Forty years after the images were first uploaded onto the Golden Record as sound files, Barry converted the audio clips back to images as if they were accessed by an extraterrestrial who would have to follow a similar procedure to view the images. These images range from scientific and cosmological diagrams, representations of our genetic makeup and anatomy, as well as other life forms, architecture, etc., often annotated with measurements. This is an epic presentation of “our” world to an unknown other. At a time when we find ourselves in a deeply divided world, Kallat foregrounds these sounds and images for a collective meditation on ourselves as united residents of a single planet, where the “other” is an unknown “intergalactic alien.” Also part of the installation was a bench that takes the shape of the hands of the Doomsday Clock. This symbolic clock, presented annually by the Bulletin of Atomic Scientists, represents a hypothetical human-made global catastrophe as midnight, and the proximity of the world to apocalypse as a number of minutes to midnight.

Covering Letter is a piece of historical correspondence projected onto a curtain of traversable dry fog; a brief letter written by Mahatma Gandhi to Adolf Hitler in July 1939, just weeks before the start of World War II. In his letter Gandhi makes a radical appeal for peace, anticipating the brutal bloodshed that the impending war would unleash. In the spirit of his doctrine of universal friendship, Gandhi begins the letter with the salutation “Dear Friend…”, urging Hitler to resist “reducing humanity to a savage state.” Audiences walk through the screen of descending mist, simultaneously inhabiting and dissipating the moving text. Kallat describes the letter as a space for self-reflection—a petition from one of the greatest proponents of peace to one of the most violent individuals who ever lived. It can also be read as an open letter from the past destined to carry its message into our turbulent present, well beyond its delivery date and intended recipient. 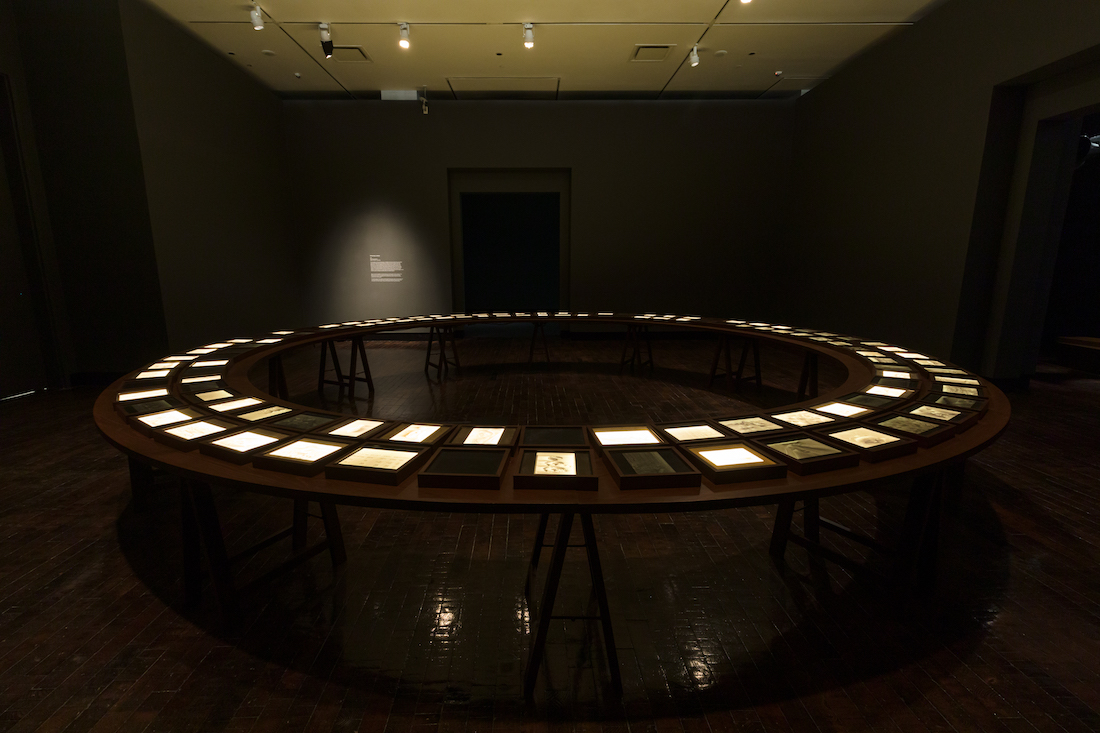 Produced by the Museum of Contemporary Art Australia

A conversation with artist Jitish Kallat

Storytime: Here We Are: Notes for Living on Planet Earth