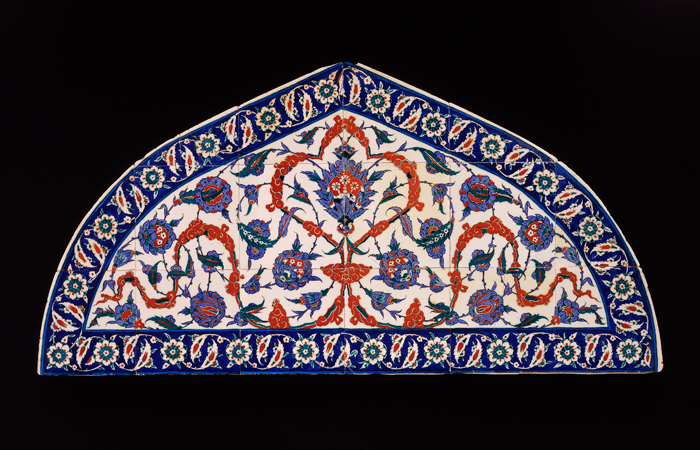 Ink, Silk, and Gold presents nearly one hundred works of Islamic art spanning the eighth to the twenty-first centuries from the impressive collection of the Museum of Fine Arts, Boston. This exhibition offers a chronological and regional story of the dynamic and complex artistic traditions originating from across the vast expanse of the Islamic world—Spain to Indonesia—and represents almost all forms of media, including silver inlaid metalwork, Qur’an pages inscribed with gold, brocaded velvets and luster ceramics. More than 130 years after the Museum of Fine Arts, Boston, began collecting Islamic art, this exhibition marks the first time these objects have been comprehensively studied, restored and presented to the public.

Ink, Silk, and Gold: Islamic Art from the Museum of Fine Arts, Boston explores the splendor and richness of Islamic art through nearly one hundred objects in an array of media: gilded and enameled glass, inlaid metal- and woodwork, knotted carpets, luster ceramics, manuscripts inscribed in gold, textiles woven with precious metal, and more. Spanning from the eighth to the twenty-first centuries, the works originated in an Islamic world ranging from Spain and Morocco in the West to India and Indonesia in the East, with recent works produced in the global art capitals of London and New York. Mostly functional objects, their meanings unfold as much through the materials out of which they were made as through the words and images they may bear. A ninth-century Qurʾan written in gold calligraphy on indigo-stained parchment reflects the value placed on writing as a marker of religious and intellectual cultivation. A thirteenth-century eight-sided star tile ornamented with Persian poetry alludes to Sufi mystical beliefs in divine love. A fourteenth-century glass mosque lamp (Image #3 above) is a metaphor for the verse written in a tall cursive script on its neck, “God is the Light of the heavens and earth” (Qurʾan 24:35). A nineteenth-century melon made of steel—a metal endowed with a religious aura in Iran—is an emblem of abundance and Paradise.

Secular Islamic manuscript illumination presents idealized visions of this world in which even everyday objects are marked by beauty and refinement. An excellent case in point is a vividly colored sixteenth-century miniature painted in Bukhara, a cultural capital in Uzbekistan. The scene depicts a courtly couple with musicians and attendants on a terrace adjacent to an enclosed springtime garden, a setting for love. The composition is centered on a languid young woman—the beloved—dressed in an elegant coat with an embroidered floral pattern. On a carpet, her suitor expresses his ardor by kneeling, offering her wine, and tugging on her coat. Musicians play a daf (tambourine) and an oud (a lute-like instrument), while wine is served from bejeweled metal decanters into blue-and-white porcelain cups and fruit is presented in a footed metal bowl. The figures are enveloped in an environment that ravishes all of their senses and, by extension, the viewer’s own.

Focusing on the materiality of Islamic art is one way to begin exploring a cultural world in which spectacular objects are significant and powerful. After a brief introduction to Islam and the mediums of ink, silk, and gold, the exhibition proceeds chronologically and regionally. The objects take us on a journey from the earliest works of Islamic art, such as Qurʾans and vessels with blessings inscribed in Arabic, to recent works by four cosmopolitan Muslim artists who bring traditional Islamic techniques and imagery into conversation with the art of the contemporary world.

Main sections of the exhibition

Early Islamic Art
Eighth to Tenth Century
The first centuries of Islamic art were a time of great political shifts and of the gradual coalescence of an artistic tradition unique to Islamic societies. When the Muslim state emerging in the seventh century conquered lands that had belonged to the Byzantine and Sasanian empires, it absorbed their highly sophisticated cultures. These were perpetuated and transformed in the development of Islamic art. Islamic culture became richer still as the state’s frontiers expanded further during the Umayyad (661–750) and Abbasid (750–1258) caliphates (Islamic states ruled by a caliph), under which the first monuments of Islamic architecture were constructed and Arabic was established as the language of state.

Early Islamic art was so indebted to the artistic traditions that preceded Islam in the Middle East that it can at times be difficult to determine if a piece of metalwork or a glass vial should be considered Islamic art or not. The most distinctive Islamic art form in this period was the illuminated Qurʾan manuscript. Though in essence an oral communication, the Qurʾan took material form even during the lifetime of Muhammad, when passages were handwritten on scraps of wood, palm leaves, bark, and bone. Codices of the Qurʾan were made soon after his death, probably in black ink on cream-colored animal skins. Over time, calligraphy and even pseudo-script, imbued with the sanctity of the Qurʾan, came to be used on everyday objects as a gesture toward the divine.

A Multicentered Islamic World
Eleventh to Fifteenth Century
Lands on the periphery of the Islamic world began to break off into separate kingdoms in the tenth and eleventh centuries. With them, strong regional traditions began to define Islamic art, even while common elements persisted. North Africa was among the earliest regions to become independent, first under the rule of the Fatimid caliphate (909–1171) and later under the Mamluk sultanate (1250–1517), which ruled a kingdom encompassing Egypt, the Levant, and western Arabia. In Islamic Spain, a caliphate based in Córdoba (929–1031) was succeeded by a series of shorter-lived dynasties, including the Nasrids (1232–1492), whose rulers built the extraordinary palace known as the Alhambra. Meanwhile, at the eastern edge of the Islamic world, groups of Central Asians began to move westward and to claim territory. The Seljuqs and later the Mongols and Timurids established urban centers in which Islamic culture flourished.

An Era of Empires
Sixteenth to Eighteenth Century
Three great empires ruled most of the Islamic world from the sixteenth to the eighteenth century. The Ottoman empire (1299–1923), which originated at the end of the thirteenth century and rose as a world power after its 1453 conquest of Constantinople, spread across vast lands. Under the leadership of Sultan Suleiman (r. 1520–66), it reached from Budapest to Baghdad and from Tunis to Tabriz. In South Asia, the Mughal dynasty (1526–1858) included, at its height, nearly all of present-day India, as well as Bangladesh and Pakistan. East of the Ottoman empire, the lands of the Safavid dynasty (1501–1736) included much of present-day Iran, Azerbaijan, Armenia, and Georgia. Though periodically in conflict with one another, these empires were continually engaged with one another through mercantile and diplomatic networks. They also had a great deal in common, including the use of Persian and Arabic, a concept of governance centered on sacred kingship, and a cultural heritage that linked them to the Mongol and Timurid empires.

The Modern Age
Nineteenth Century and Beyond
Until recently, Islamic art was often treated as if its production stopped abruptly at about the year 1800, as if the people and places where Islamic art thrived had suddenly disappeared. The reasons for this abrupt halt have to do with confusion about whether material from the early nineteenth century should be seen as art or “ethnographic material,” and with ambivalence among scholars about the status of Islamic art once it had begun to change through interaction with the West. Today, however, it has become clear that Islamic art’s history continued into the nineteenth century and beyond, and that contemporary art made by artists with roots in the Islamic world constitutes the latest chapter. 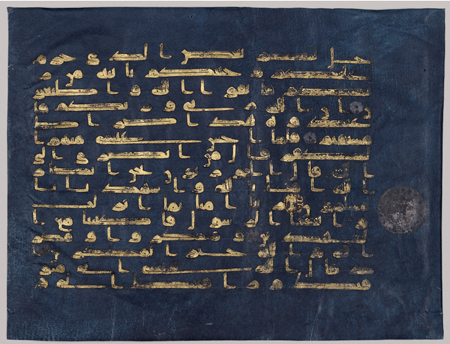 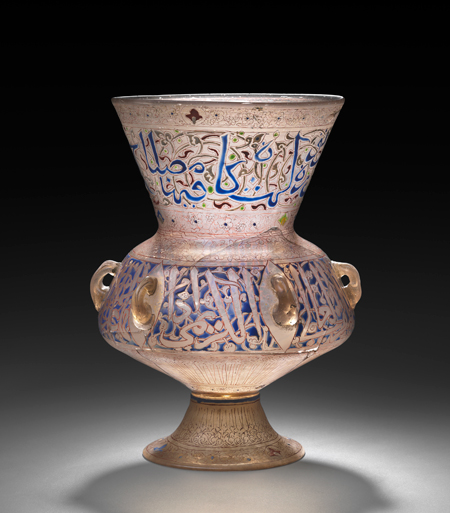 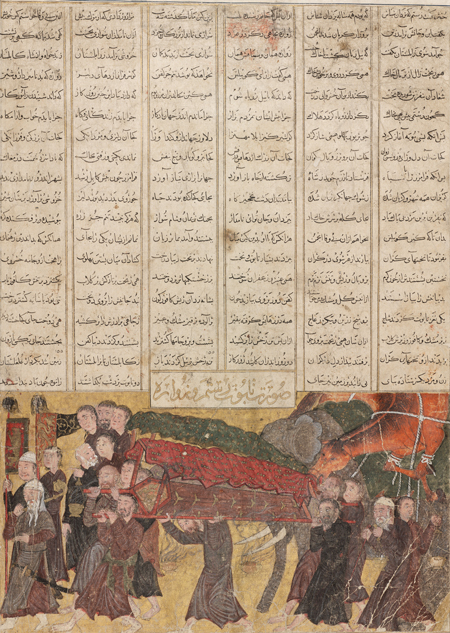 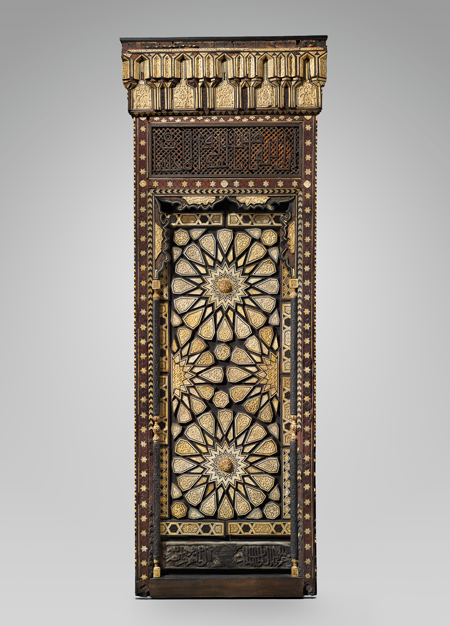