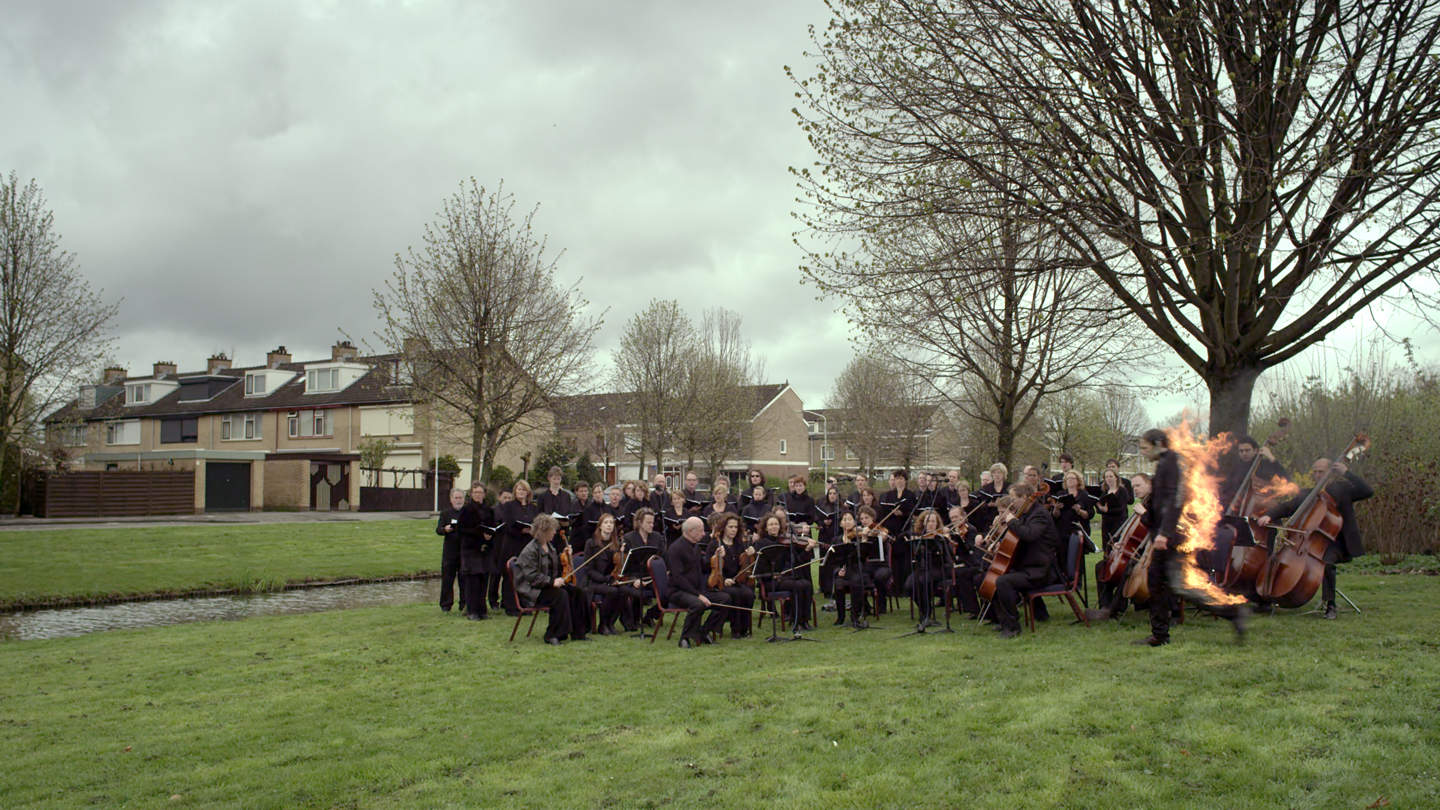 This exhibition presents four films from Guido van der Werve’s Nummers (Numbers) series, which reveal the artist’s interest in wittily subverting relationships between time, nature, culture, and the body. Incorporating classical music and his own compositions, as well as physical actions like dancing and running, these drily understated works offer the pleasure of unexpected juxtapositions and the reward of a hypnotic and open-ended narrative. His film Nummer veertien, home (number 14 in the series), which is included in this exhibition, won the 2013 Golden Calf Award in Amsterdam for Best Short Film.

Van der Werve was born in the Netherlands in 1977. He studied industrial design, archaeology, music composition, and Russian language and literature before enrolling at Amsterdam’s Rijksakademie van beeldende kunsten to study art. Although he began his career as a performance artist, van der Werve found that he preferred the aesthetic flexibility and freedom of film, which could document his actions in even the most remote sites without the need for a live audience. He has shown his works widely in Europe and the United States, where they were recently in exhibitions at the Museum of Modern Art and The Hirshhorn Museum and Sculpture Garden.

From the Gallery Guide

The films of Guido van der Werve (b. 1977) convey pleasure in unexpected juxtapositions, find poetic meaning in physical stamina, and show the poignancy of isolation. This exhibition, a selection of four films from his Nummers series, shows the Dutch artist as the lead actor in thoughtfully conceived scenarios, where his deadpan earnestness is lightened by the nuanced staging of his cinematography and an undercurrent of dry wit. Three of the four films incorporate performances of dance or classical music, which take place away from the concert hall—in the street, a field, or an apartment. This can remind one of the sweet surprise of hearing a virtuoso violinist playing in the subway, but van der Werve inserts dark motifs—loneliness, failure, suicide—that give an edge to his narratives by linking beauty and pain.

The artist often plays the part of a lonely savant who lives and breathes music but cannot connect with people. Nummer twee, just because I’m standing here doesn’t mean I want to (2003), opens with his melancholic Buster Keatonesque character walking backward into traffic, an oddly endearing approach to suicide that enables him to maintain eye contact with us as he moves toward the moment he is hit by a car. The police van pulls up, and we expect to see uniformed officers emerge to check his pulse or take him to the morgue. Instead, out come five ballerinas who perform a lovely dance in the street to Arcangelo Corelli’s Concerto fatto per la notte di Natale (Concert made for the night of Christmas). The performance relegates van der Werve from his role as the film’s central figure to that of an inconsequential stage prop. Is it overly Romantic to suspect that the depressed protagonist may have sacrificed himself to make the dance possible?

What will artists do for beauty? Van der Werve is a trained classical pianist and composer, and the performances in his films often make this question the unspoken subject of his work. In Nummer zes, Steinway grand piano, wake me up to go to sleep, and all the colors of the rainbow (2006), he mopes around while his voice-over relays his fixation on the history and stature of the fabled Steinway piano. His desire to be artistically completed by this instrument is so strong that he eventually negotiates the purchase of one for 117,500 euros, payable in installments (which he presumably knew he could not make). The precious instrument is delivered with much care and trouble through the balcony door of his second-floor apartment. Van der Werve is in heaven as he plays a work by the nineteenth-century Romantic composer Frédéric Chopin on the piano, accompanied by a chamber orchestra. This bliss comes to an end when the dealer repossesses the instrument, hauling it unceremoniously out of the apartment. We are left, however, with the idea that the pretense of the temporary purchase was emotionally necessary. As with all good art, the circumstances of its making are forgivable (as long as nobody gets hurt). In getting one rapturous performance out of the Steinway, van der Werve will own it forever.

These small gems lead us to the tour de force, Nummer veertien, home (2012). This nearly hour-long film combines van der Werve’s two great passions: the music of Chopin, and endurance athletics, specifically long-distance and Ironman triathlons. The film shows van der Werve swimming, biking, and running over 1,703 kilometers, from Warsaw (the city near Chopin’s birthplace of Zelazowa Wola, Poland) to Paris (where the composer died at age 38). We accompany him on this trek, down a river and through the rolling countryside and small towns of Europe. The film’s musical score is a neo-Romantic requiem that the artist composed, lending elegiac accompaniment to the epic spectacle of endurance. This music is performed throughout the film, often by musicians seated in unexpected places along the route, such as churches and fields. The ruminative spell it casts is punctuated by brief moments of slapstick surrealism; for example, a small explosion in one scene makes van der Werve’s body momentarily disappear, and he then reenters the screen in flames, strolling past an orchestra that never stops playing the Requiem.

The spirit of Chopin provides the bookends for this quixotic journey, which began in the Church of the Holy Cross in Warsaw, where the composer’‘s heart is kept (at Chopin’s behest, his sister had it removed after his death and smuggled back to Poland), and ends in Père Lachaise Cemetery in Paris, where the rest of him is buried. In the cemetery we witness van der Werve giving poetic consummation to the sublime irrationality of the project: at Chopin’s grave, he places a silver cup filled with soil from the estate in Poland where Chopin was born. This is in remembrance of a similar dirt-filled cup that Chopin took with him as a memento when he left Warsaw to escape the impending Polish-Russian War of 1830. He ached for home but never returned, so van der Werve’s deposit of this small remnant from Zelazowa Wola symbolically salves the anguish of Chopin’s expatriation.

Père Lachaise is where many cultural luminaries are buried—Eugène Delacroix, Oscar Wilde, and Jim Morrison, to name a few. Like van der Werve, pilgrims often leave tokens of esteem at their gravesites, as if the spirits of the dead will be glad to be remembered. It is likely that even the most ardent of these fans fly or drive to Paris and take a taxi to the cemetery; van der Werve’s exhausting pilgrimage has a poetic force that supersedes that of more convenient homages. Limping through the streets of Paris on his way to Père Lachaise, the artist links Chopin’s homesickness with his own aching muscles, giving the work an air of heroic empathy.

In all three of these films, van der Werve is solitary. His triathlon from Warsaw to Paris is the achievement of an individual athlete; he was suicidally alone in Nummer twee, and emotionally detached in Nummer zes. The feeling of isolation turns acute in Nummer acht, everything is going to be alright (2007). Here, the artist is shown walking 15 meters in front of the 3500-ton icebreaker Sampo as it plows through the featureless and frozen Gulf of Bothnia off the coast of Finland, close to the Arctic Circle. He is the picture of vulnerability, dwarfed by the vast expanse of white and the metal gargantuan surging behind him.

The relationship between man and ship is ambiguous. On the one hand, the movement of the icebreaker is synced to that of the man, like a tame elephant following its trainer on a rope. But on the other, there is a sense that he is taking a foolhardy risk; the ship seems barely restrained by its unseen pilot from overtaking and crushing the artist. The feeling of danger is increased when we realize that if the ice cracked ahead of van der Werve, he would fall into the freezing waters below. We are assured by the title that in the end everything will be all right, but if this is in truth a parable about the precarious relationship between humanity, technology, and nature, how can we be so sure? The film loops ad infinitum, keeping our perception of potential disaster in permanent suspension.

In this and other films by Guido van der Werve, the line between the artificial and the actual is blurred. He conceptualizes absurdist situations, but his exertion and pain are real, his music is real, and the danger from the icebreaker is real. His films negotiate time and trouble with an aesthetic of endurance and a belief in the life-giving power of beauty.

About the artist
The son of an art teacher, van der Werve studied industrial design, archaeology, music composition, and Russian language and literature before settling on art school, where he brought many of his diverse interests together. He began his career doing performance art, which he filmed for documentary purposes. He soon discovered that he did not like the immediacy of live performance and the need to repeat it again and again for different audiences. He came to prefer the aesthetic flexibility and freedom of film, which could record his actions even at remote sites without spectators.

Van der Werve’s films have been shown widely throughout Europe and the United States, in exhibitions at the Museum of Modern Art, the Seattle Art Museum, and the Hirshhorn Museum and Sculpture Garden, among many others. Nummer veertien, home, won the 2013 Golden Calf Award in Amsterdam for Best Short Film. 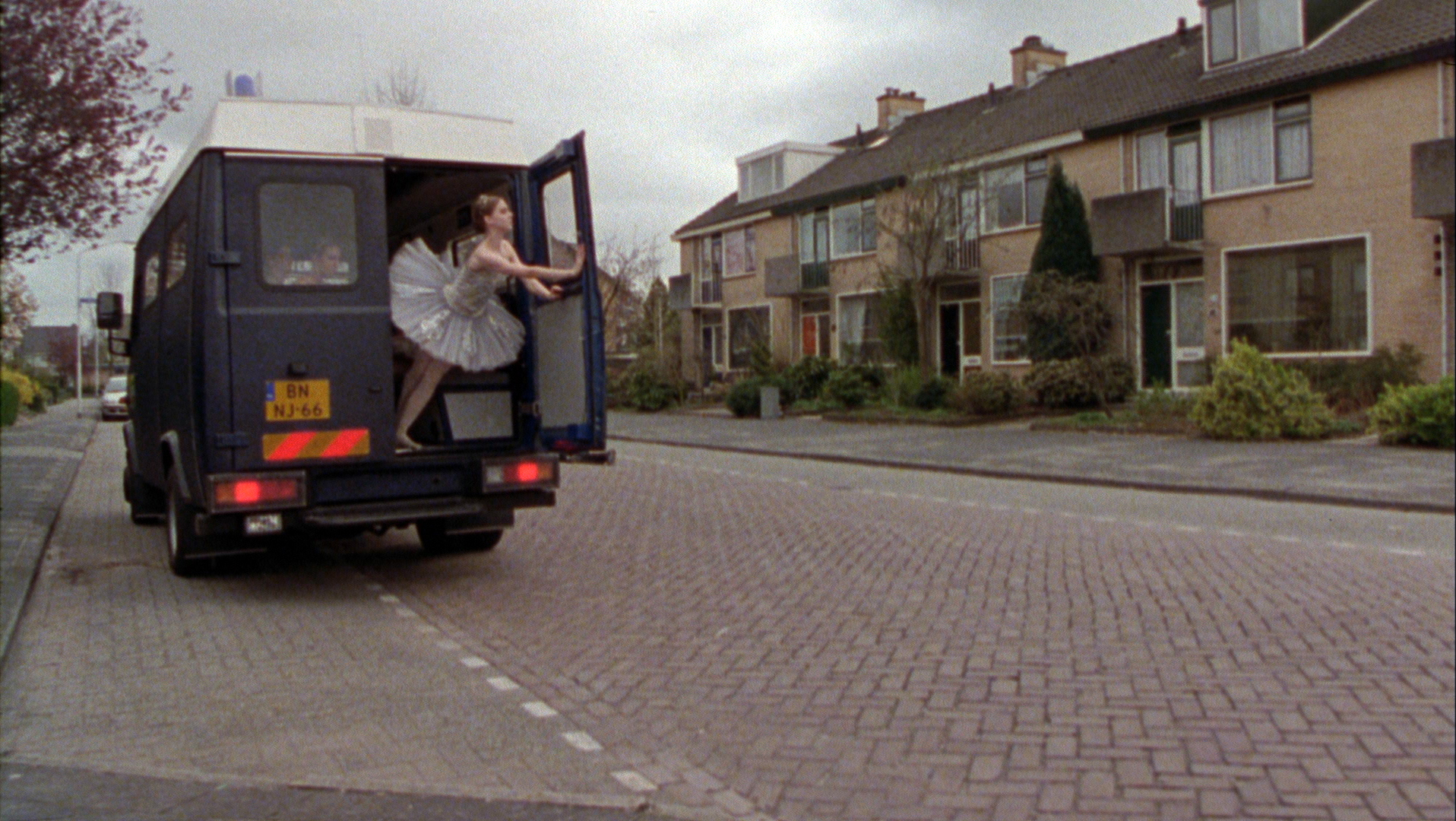 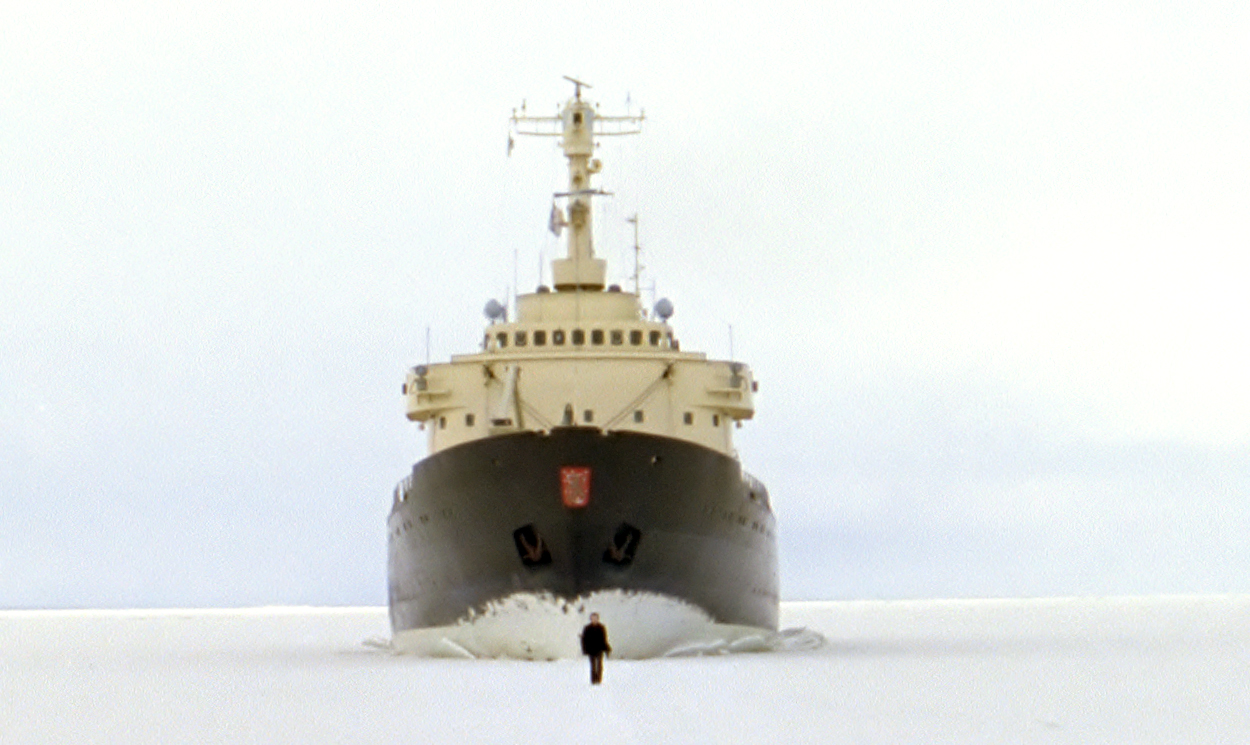 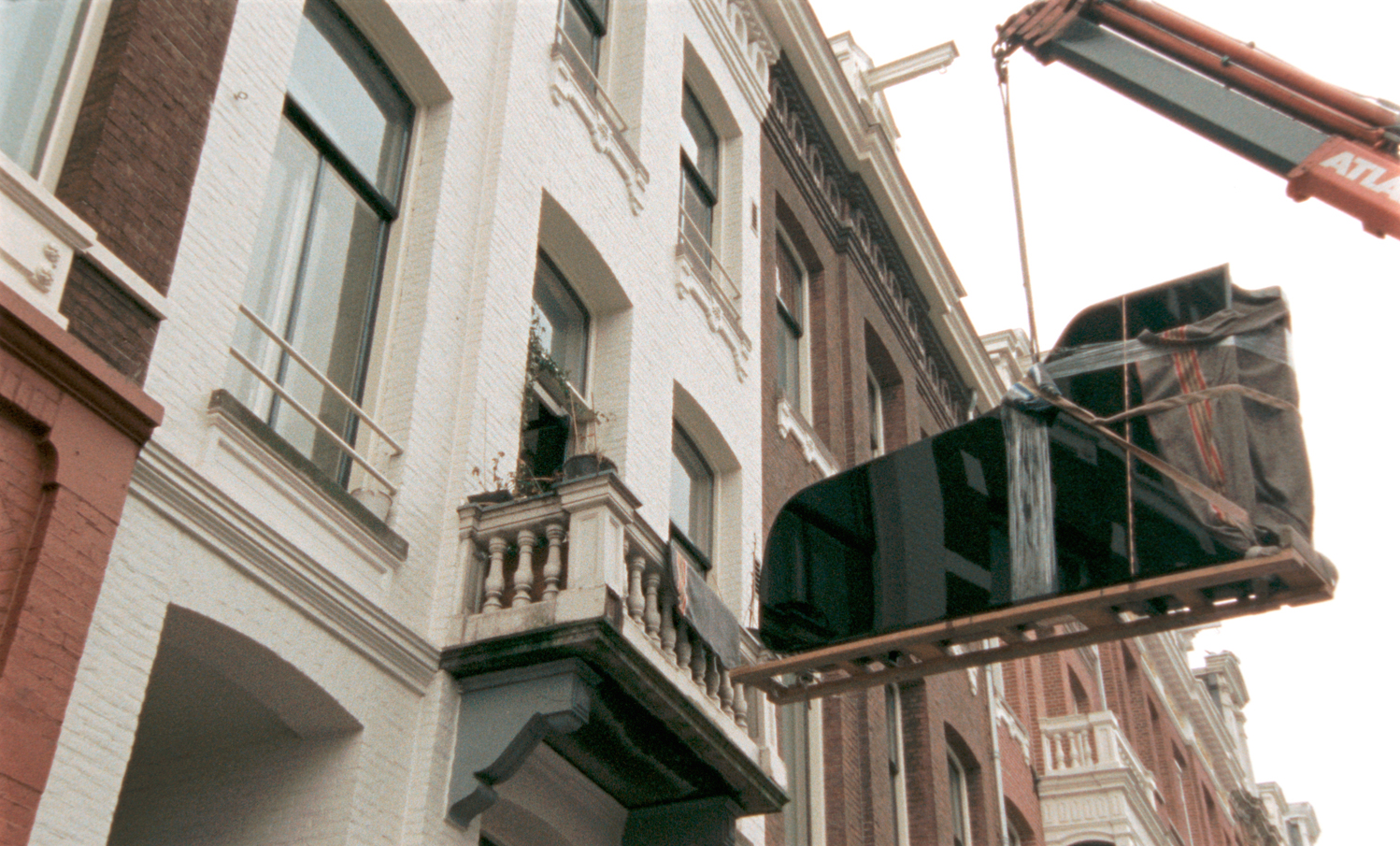 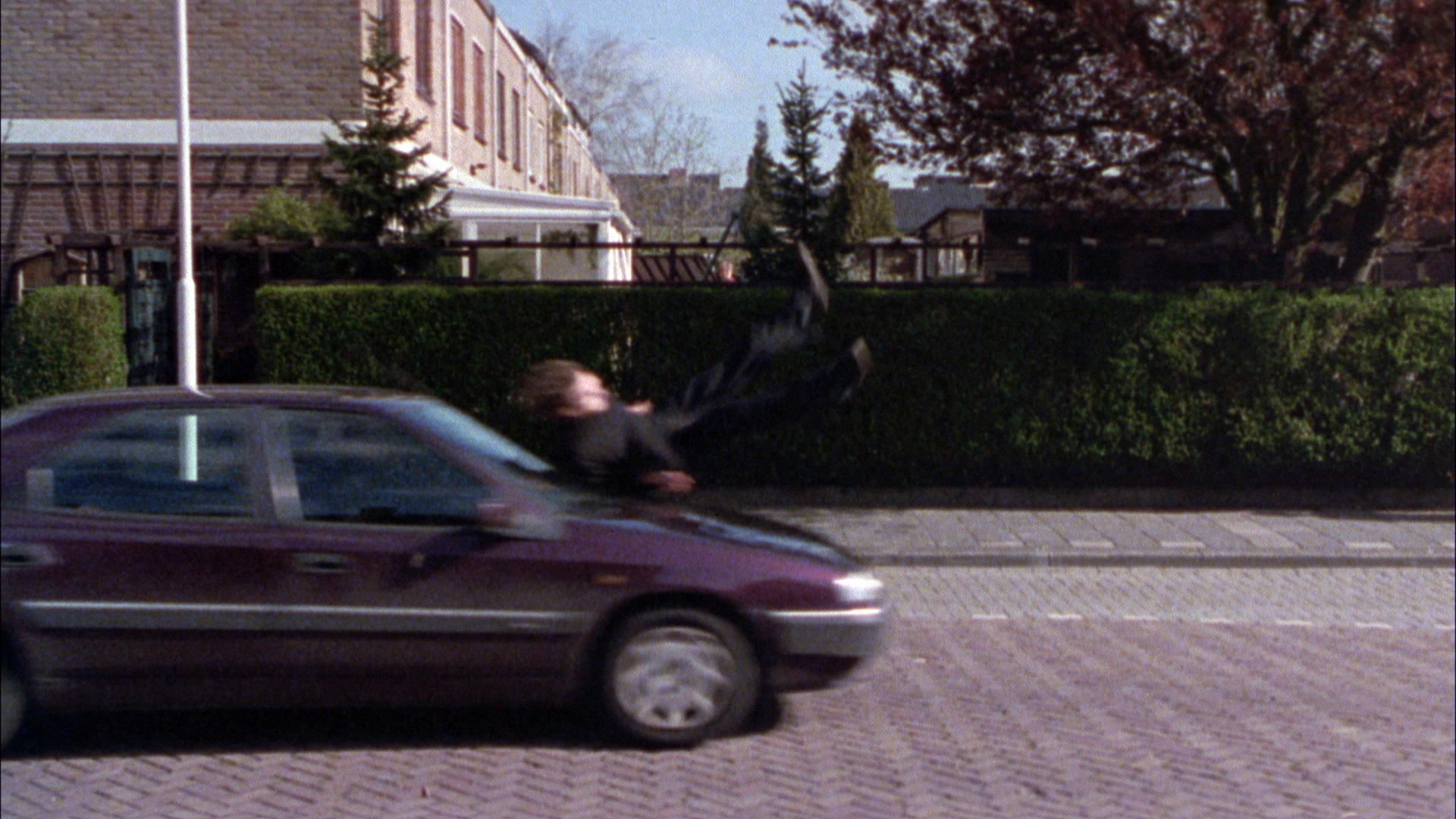 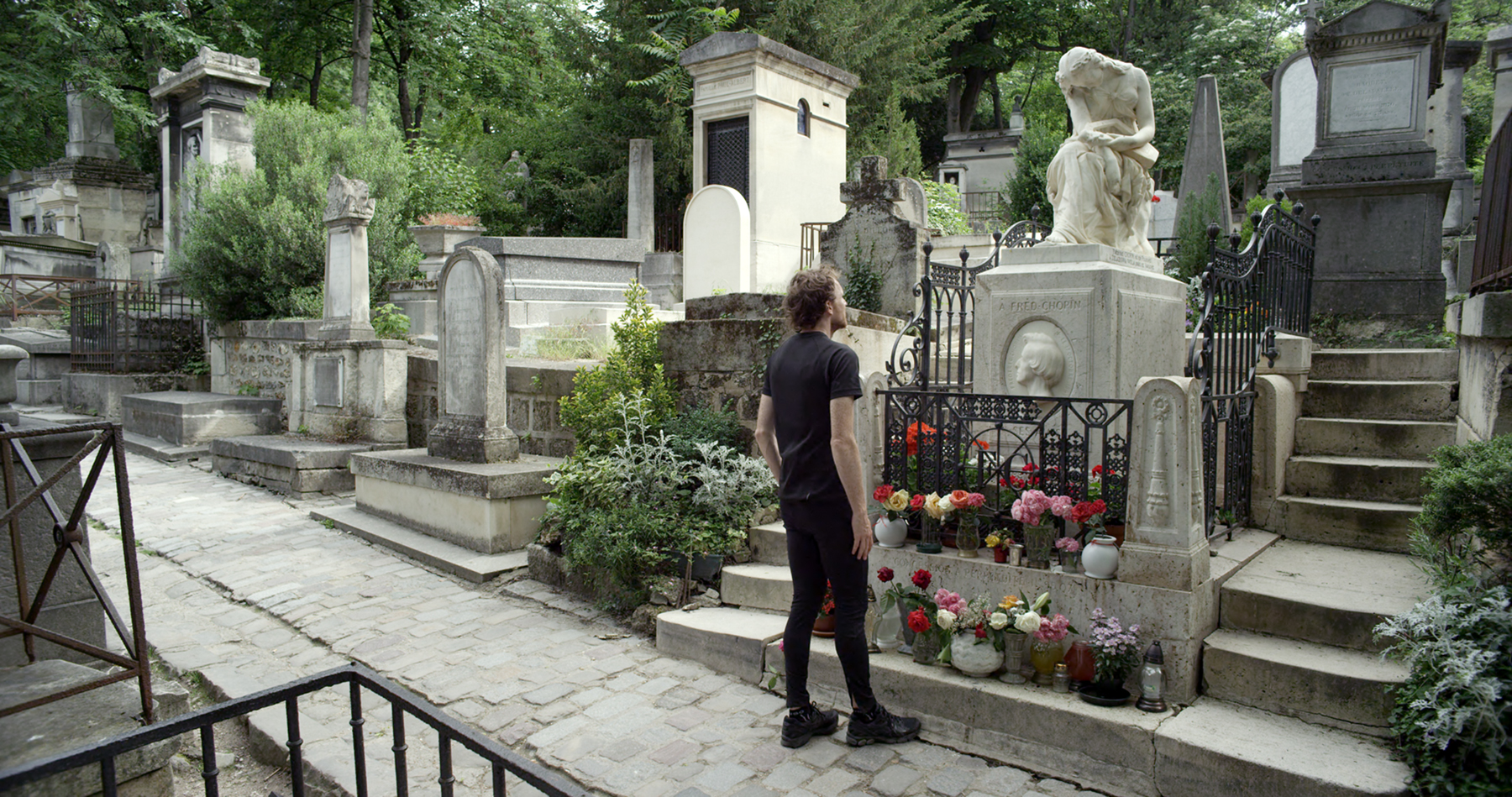 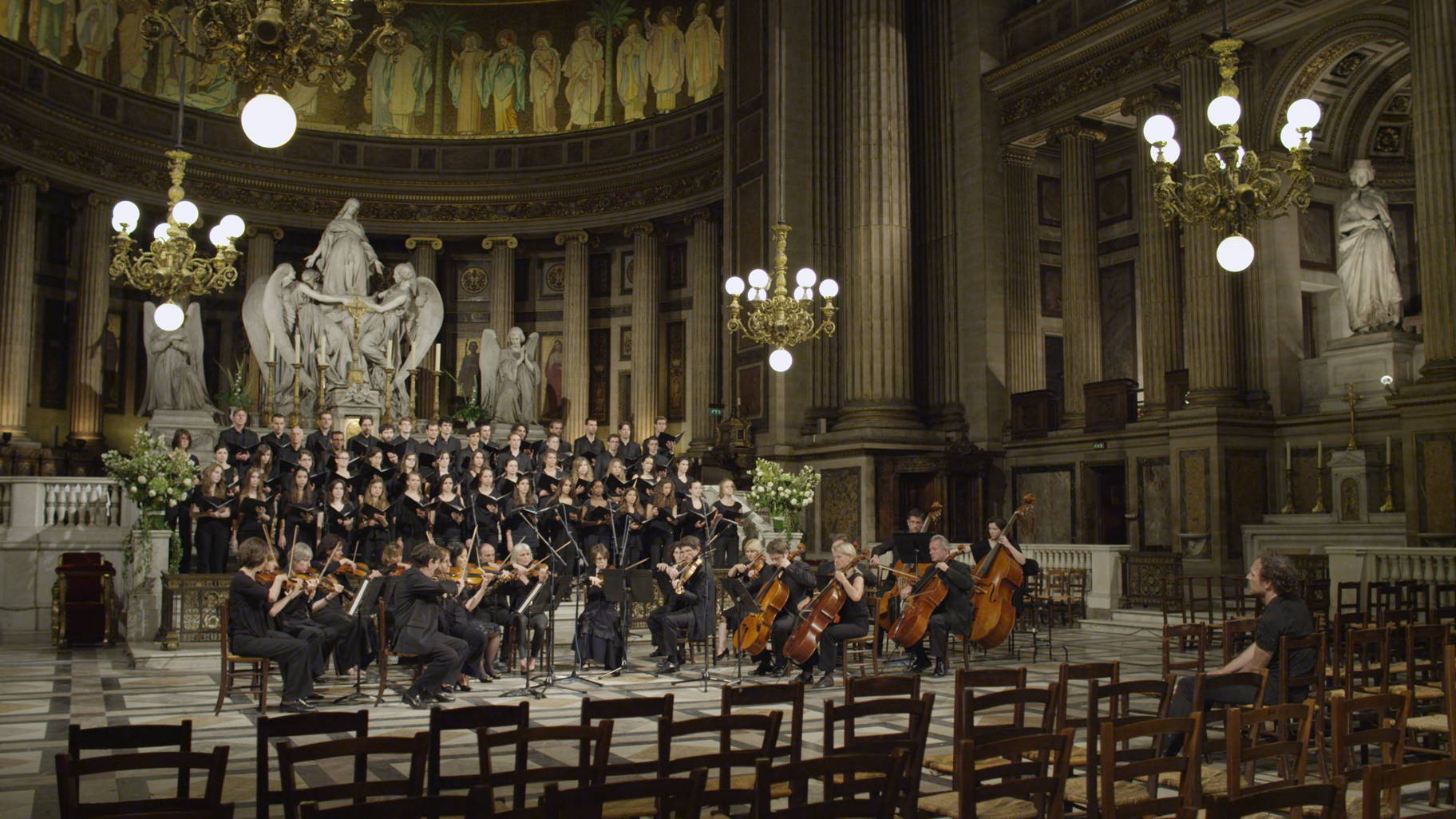