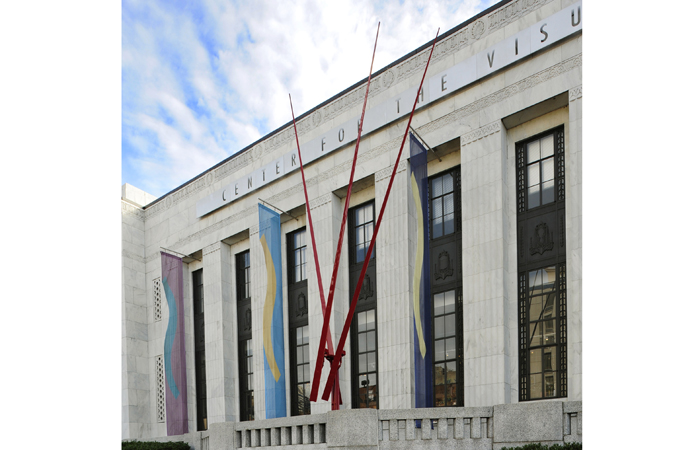 Rickey’s Three Red Lines is 36 feet tall and features three pointed arms that gracefully move back and forth in an implied parabolic arc.

One of postwar America’s preeminent sculptors, George Rickey was a pioneer in the field of kinetic art. From the 1950s until his death in 2002, he employed his deep knowledge of physics and aerodynamics to produce works in which the lyrical interaction between industrial materials and the surrounding forces of nature creates an experience of profound beauty and philosophical resonance.

Rickey’s sculptures are composed of geometrical metal forms, which swivel on pendulums, ball bearings, and knife-sharp edges to follow pre-determined paths in response to the slightest movement of the wind. One of the centerpieces of the Hirshhorn Museum’s internationally renowned sculpture collection, Rickey’s Three Red Lines is 36 feet tall and features three pointed arms that gracefully move back and forth in an implied parabolic arc.

The Frist Art Museum is pleased to display Three Red Lines on our front patio located on the Broadway side of the building.