Eric Carle (b. 1929) is one of the most acclaimed and beloved illustrators of our time. The creator of more than 70 books, Carle combines winsome stories and colorful forms that appeal to young readers and adults alike. His signature artistic technique is collage, made by hand-painting many sheets of tissue paper and then cutting, assembling, and gluing the paper onto illustration board.

This exhibition presented over 100 original artworks from five decades of Carle’s picture-book career. The illustrations spanned in date from Brown Bear, Brown Bear, What Do You See?, Carle’s 1967 collaboration with author Bill Martin Jr., to The Nonsense Show, Carle’s playful ode to Surrealism, published in 2015. Twenty-one other familiar titles were also represented, with a special section devoted to the golden anniversary of The Very Hungry Caterpillar.

While Carle’s stories are charming, they teach essential lessons, too. As children read about animals, families, and fables, they also learn their colors, letters, and numbers. Added design elements—such as holes, flaps, and sounds—make reading accessible and fun. For half a century, Carle has inspired children to fall in love with books.

Book Nooks
Exhibition guests were able to enjoy reading books by Eric Carle in our book nooks. His stories have been translated into many of the world languages spoken in our community, including French, Italian, Kurdish, Somali, and Spanish. There is also a Braille edition of The Very Hungry Caterpillar. 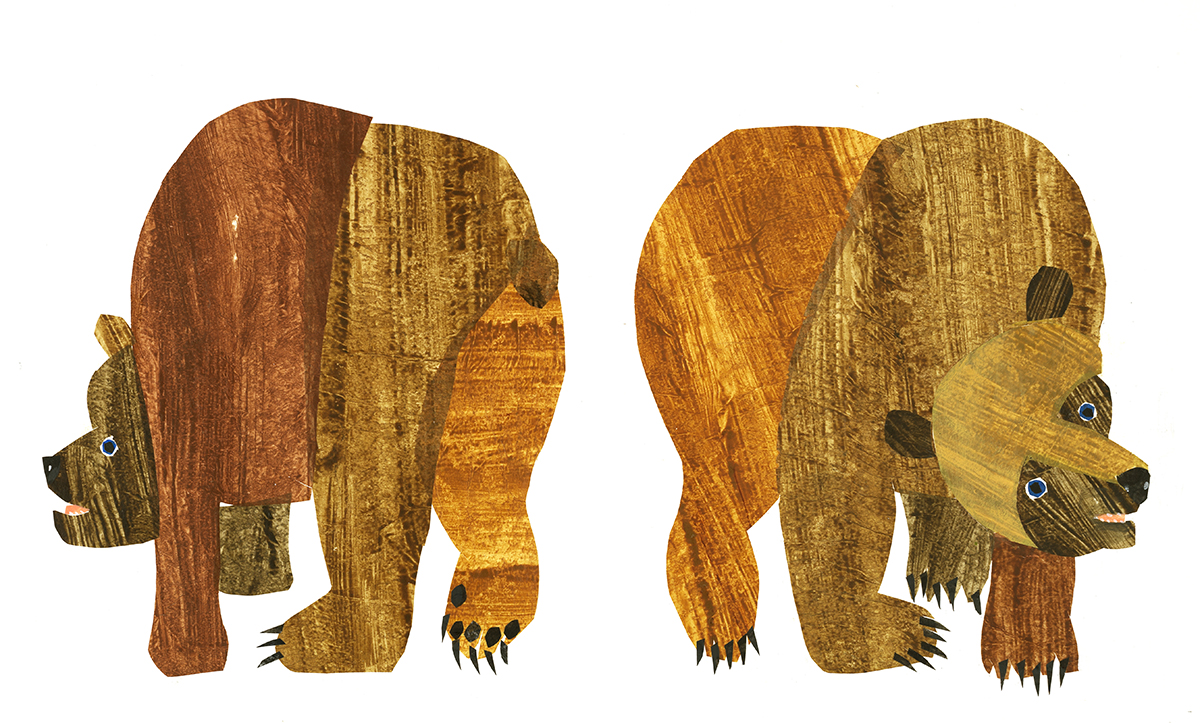 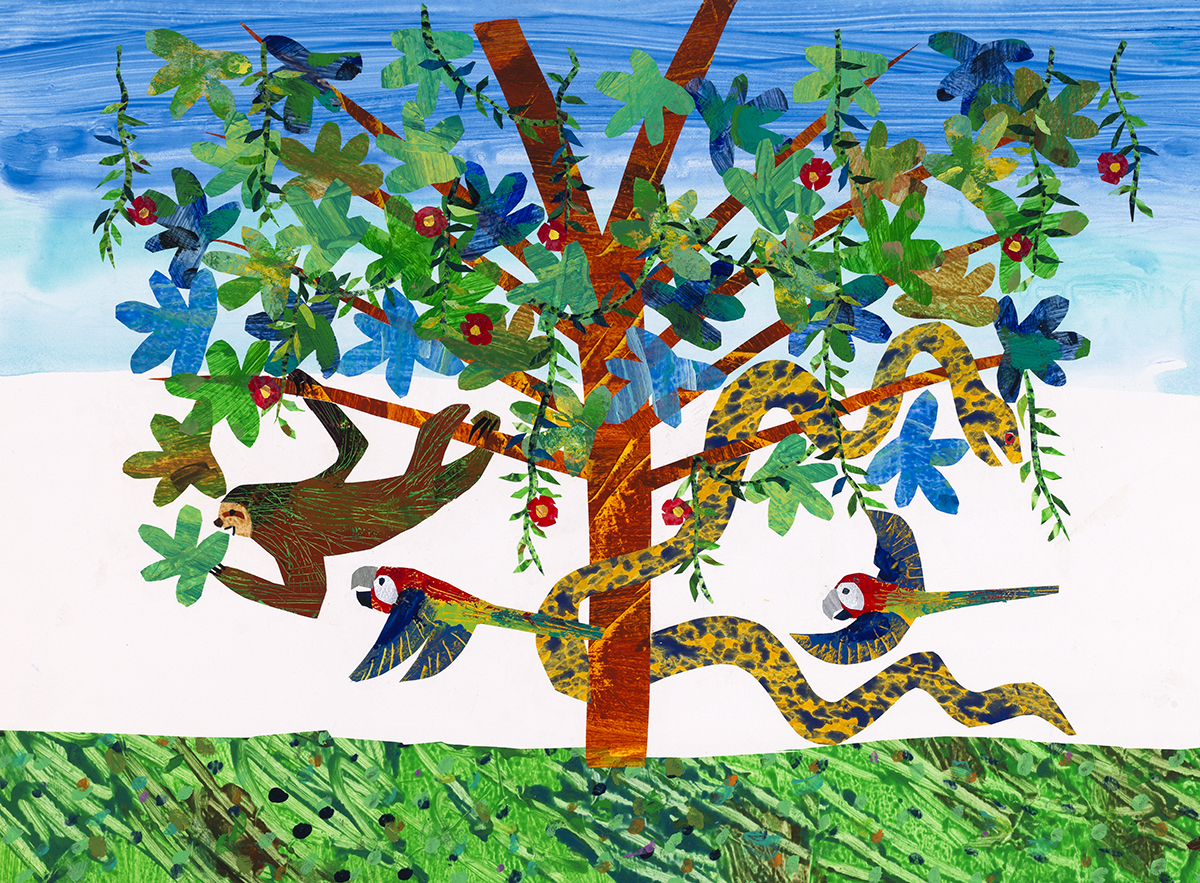 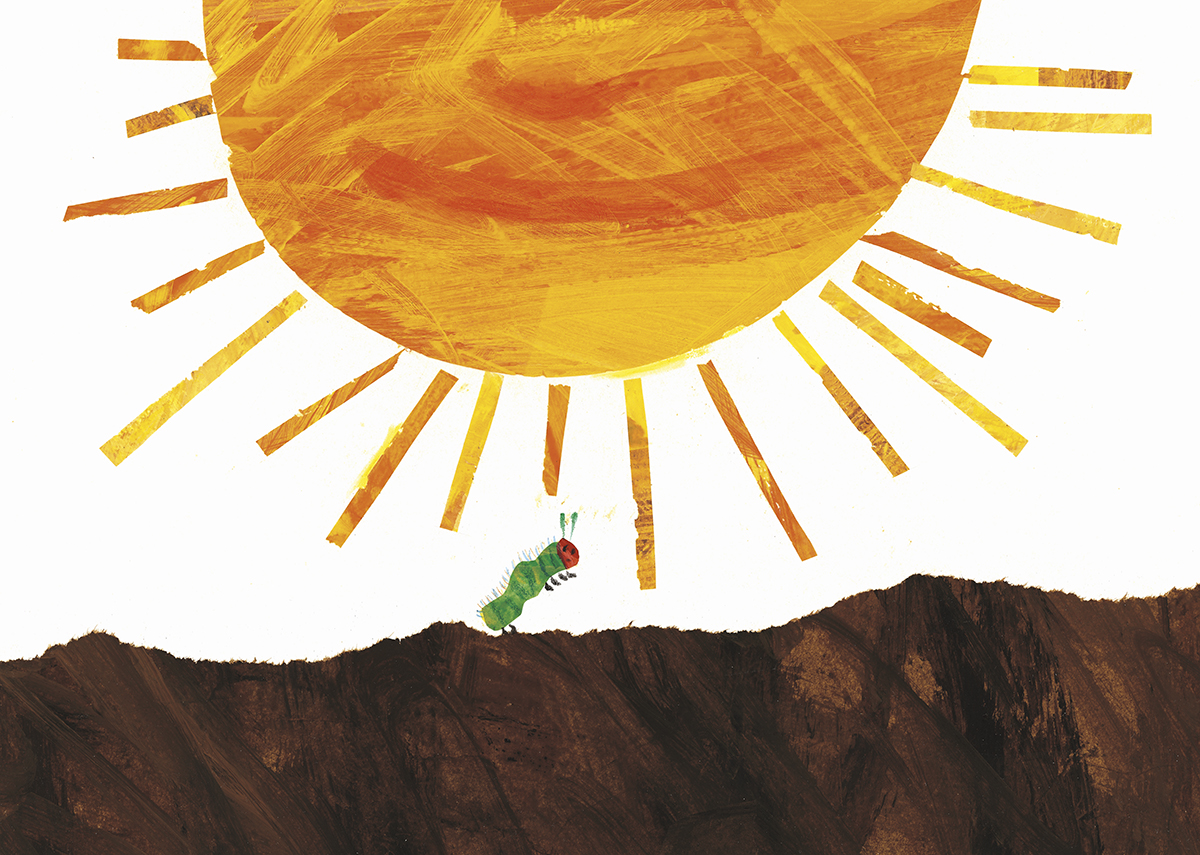