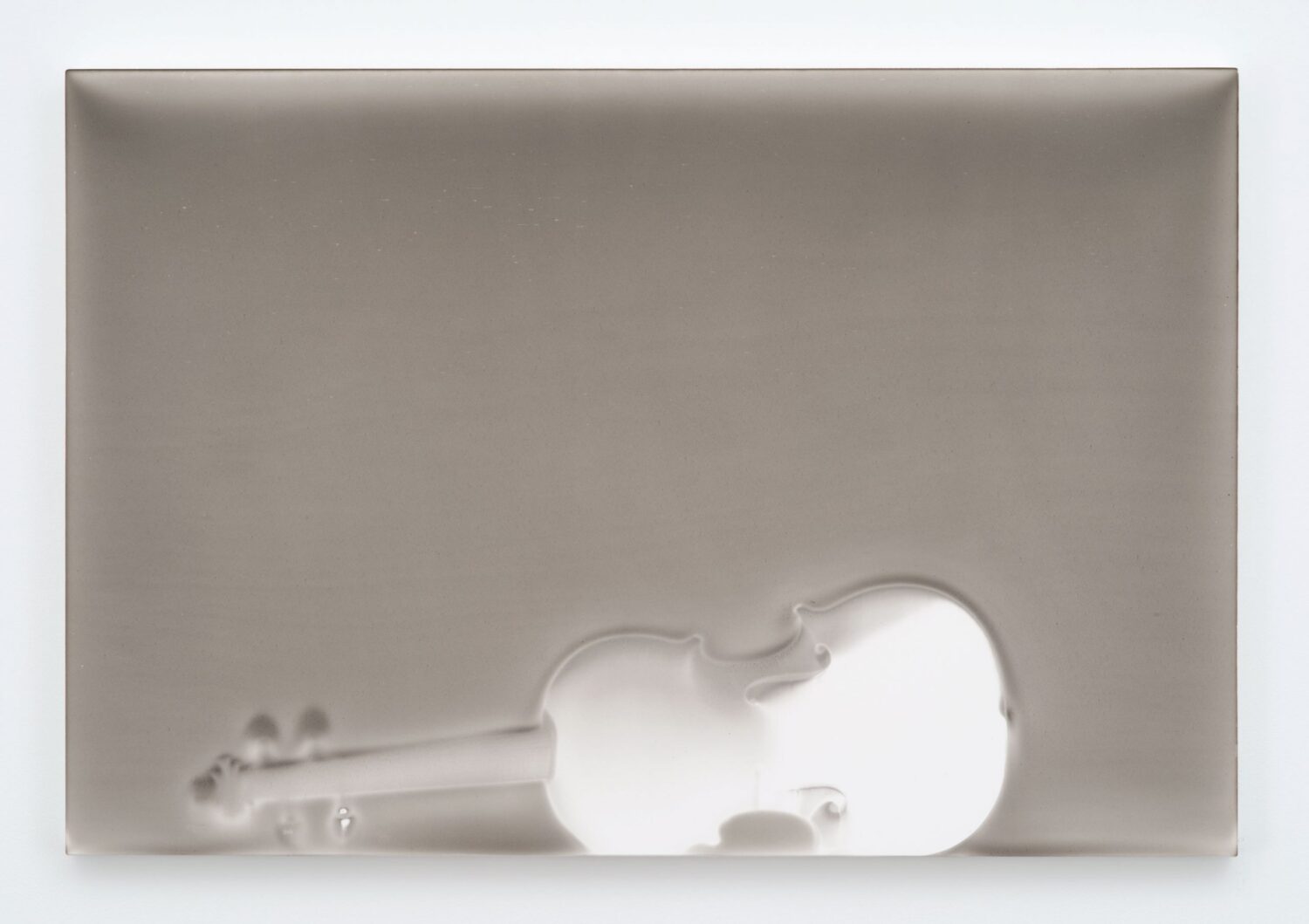 Claudio Parmiggiani makes room-size installations as well as two- and three-dimensional works that address the passage of time, mortality, absence, memory, and silence. His art stands against the grain of our frenetic, cacophonous, image-infused culture. In many of his pieces, sound is implied but unheard. In others, incongruous juxtapositions defy expectations. History is a constant muse, and absence is as significant as presence. Claudio Parmiggiani: Dematerialization is the first museum exhibition for the artist in North America. The art exhibited in this gallery rewards patience and deep attention.

ABOUT THE ARTIST
Parmiggiani was born in 1943 in Luzzara, Italy, a commune on the banks of the Po River in the region of Emilia-Romagna. From 1959 to 1961, Parmiggiani attended the Accademia di Belle Arti in Modena. During that time, he became a regular visitor to the studio of Giorgio Morandi, whose incomparable mastery of light and focus on humble subjects made a lasting impression. Marcel Duchamp and Piero Manzoni are often cited as influences. Although Parmiggiani is associated with the Arte Povera movement and conceptualism of the 1960s and 1970s, he works somewhere in between. In 1970, he devised his signature process, delocazione (displacement), inspired by contours he saw in the dust after objects had been removed. Making pictures rather than painting them, Parmiggiani arranges objects on walls, boards, or canvases, and then stokes fires burning nearby, allowing soot, dust, and pigment to settle. When the articles are removed, they leave behind silhouettes. Parmiggiani’s art is best understood in the context of its entirety. Nevertheless, this modest presentation provides insight into the artist’s consistent intentions—notably, how silence, stillness, and absence offer refuge for the viewer. 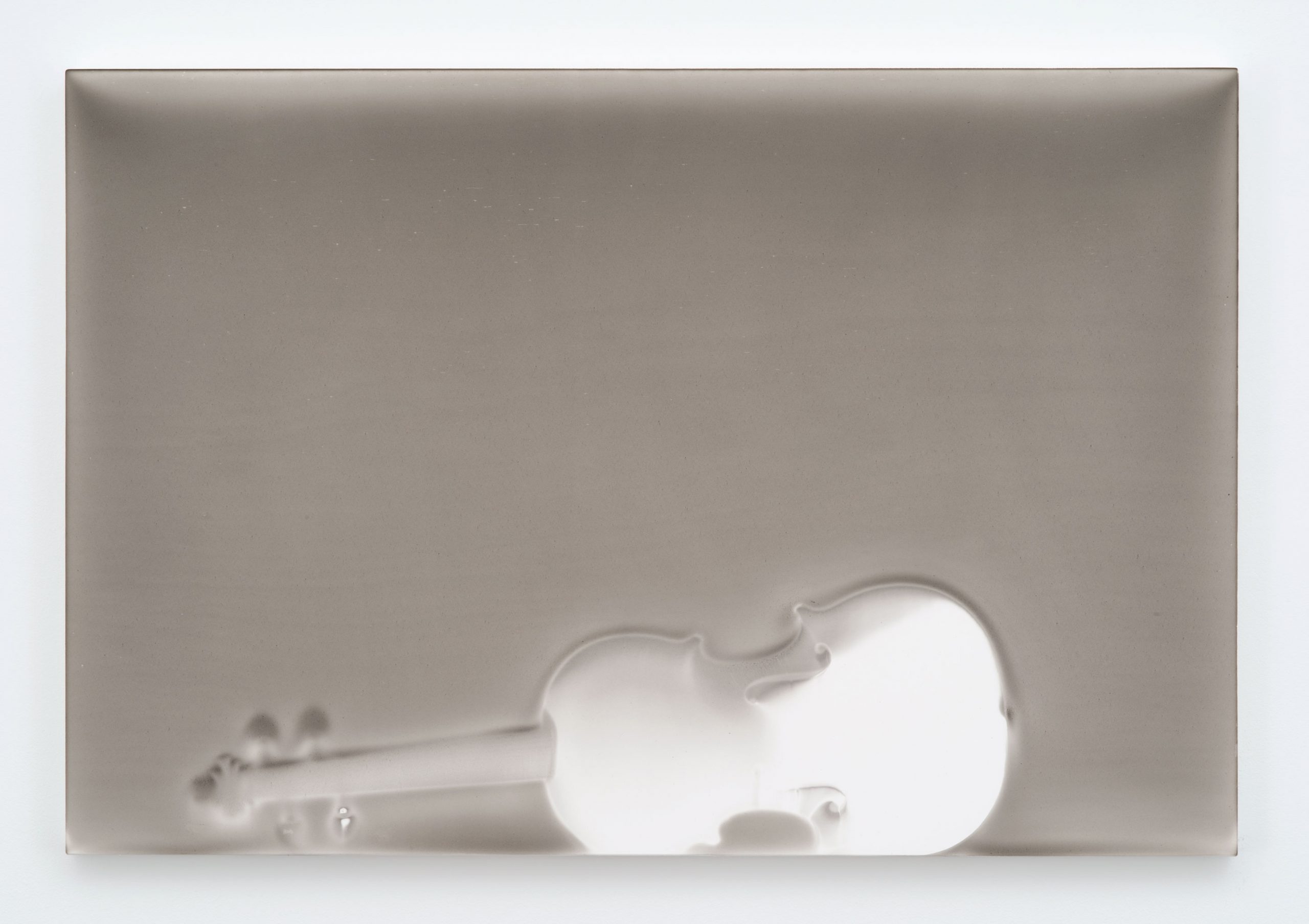 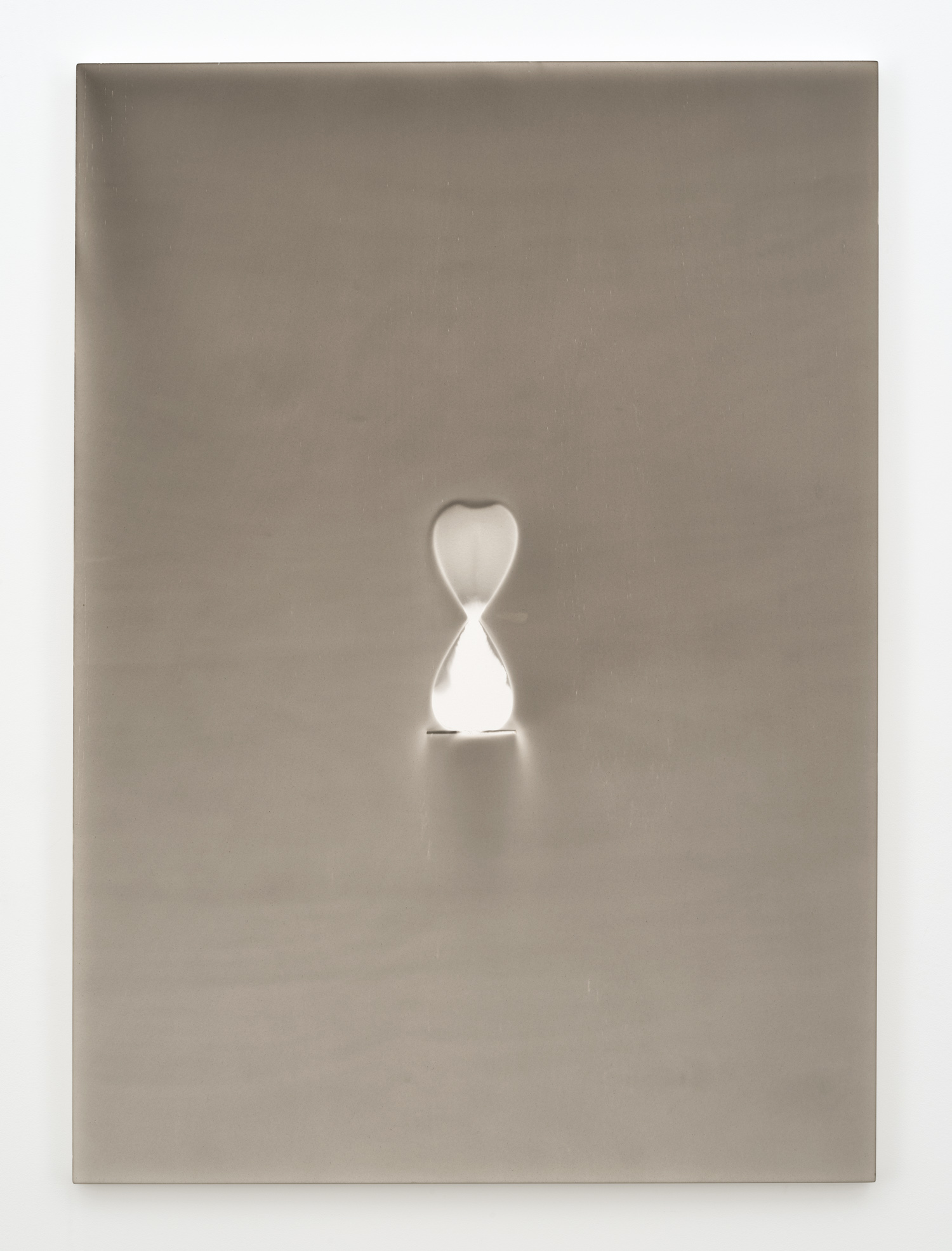 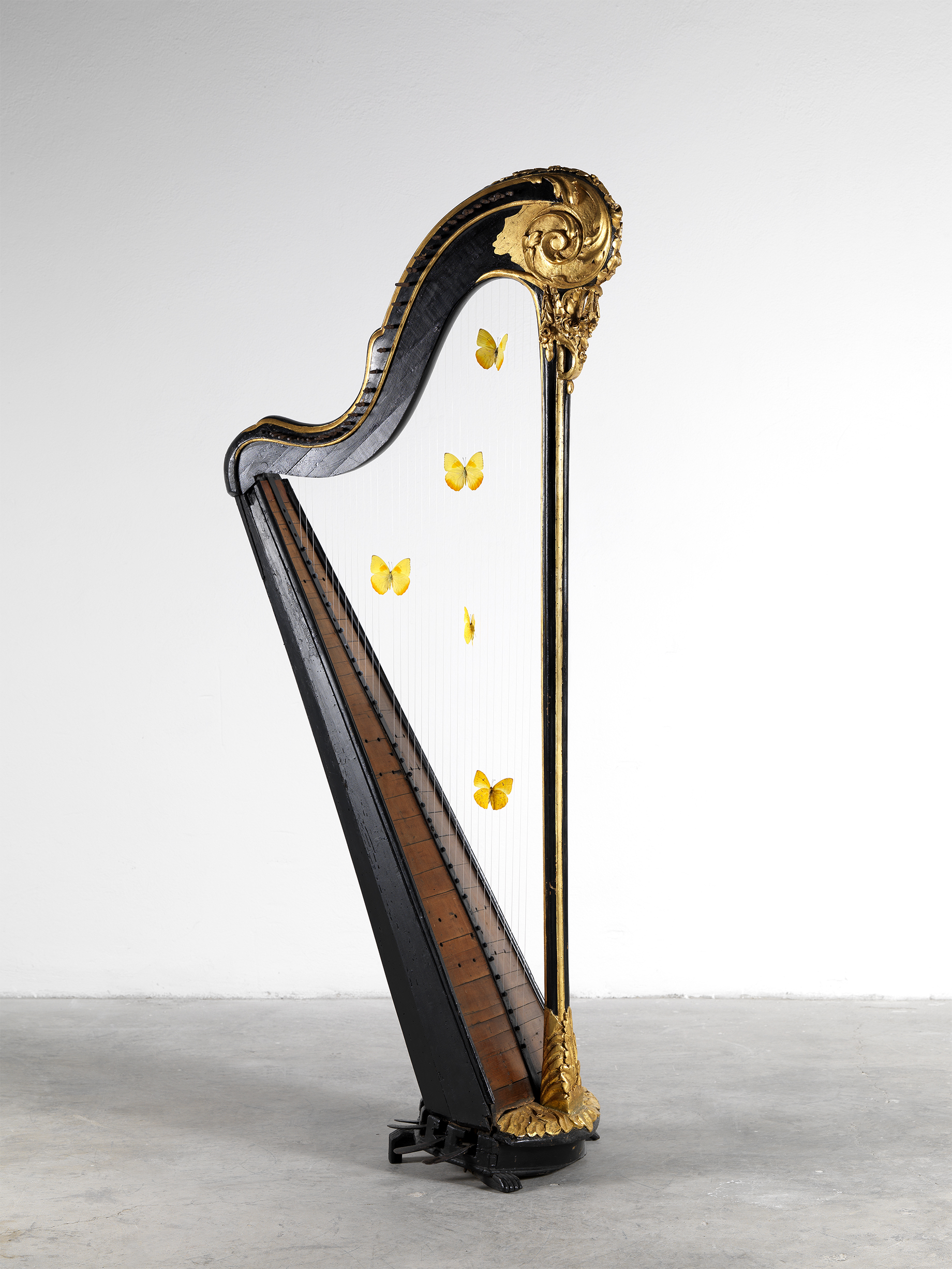 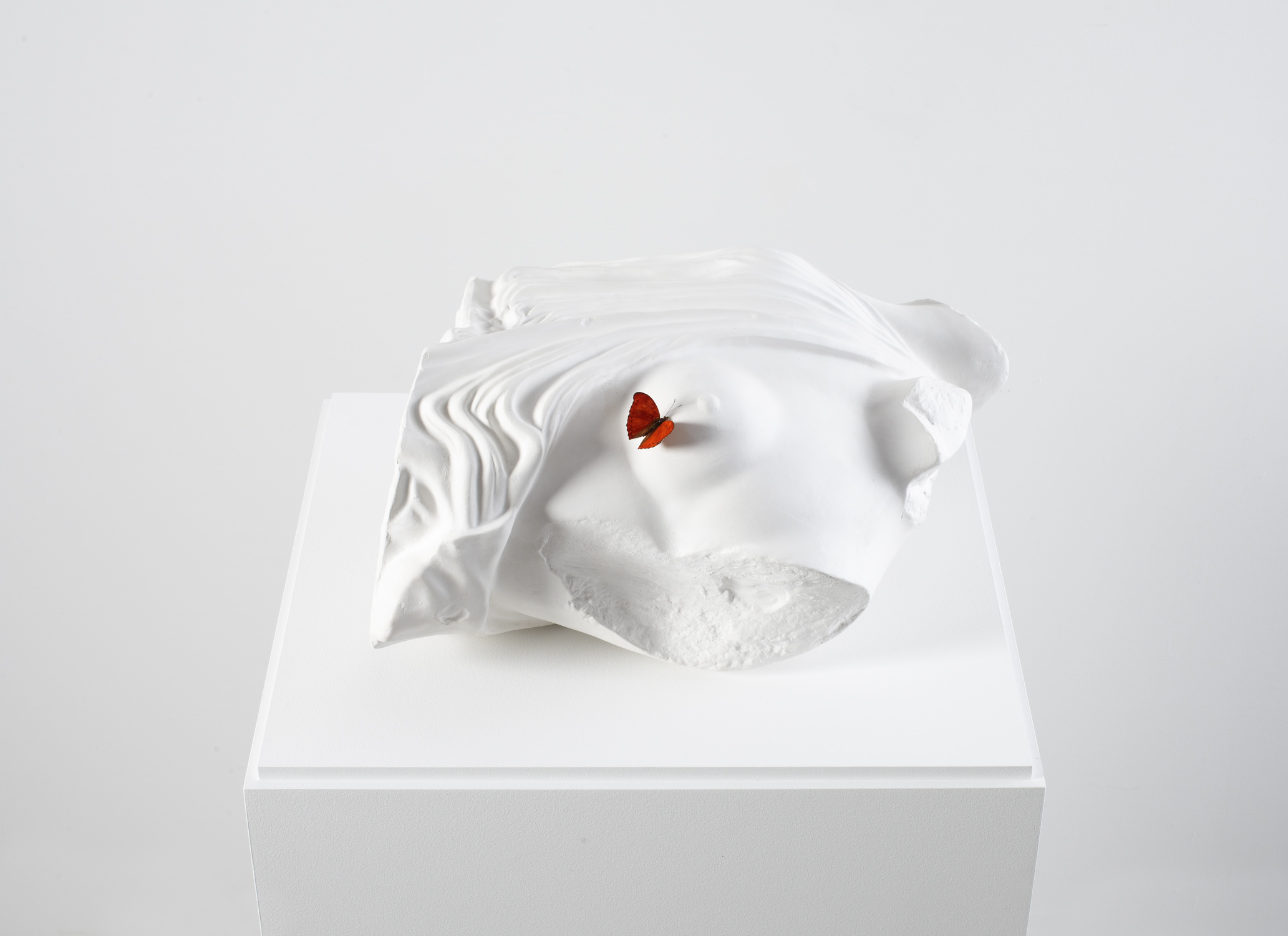 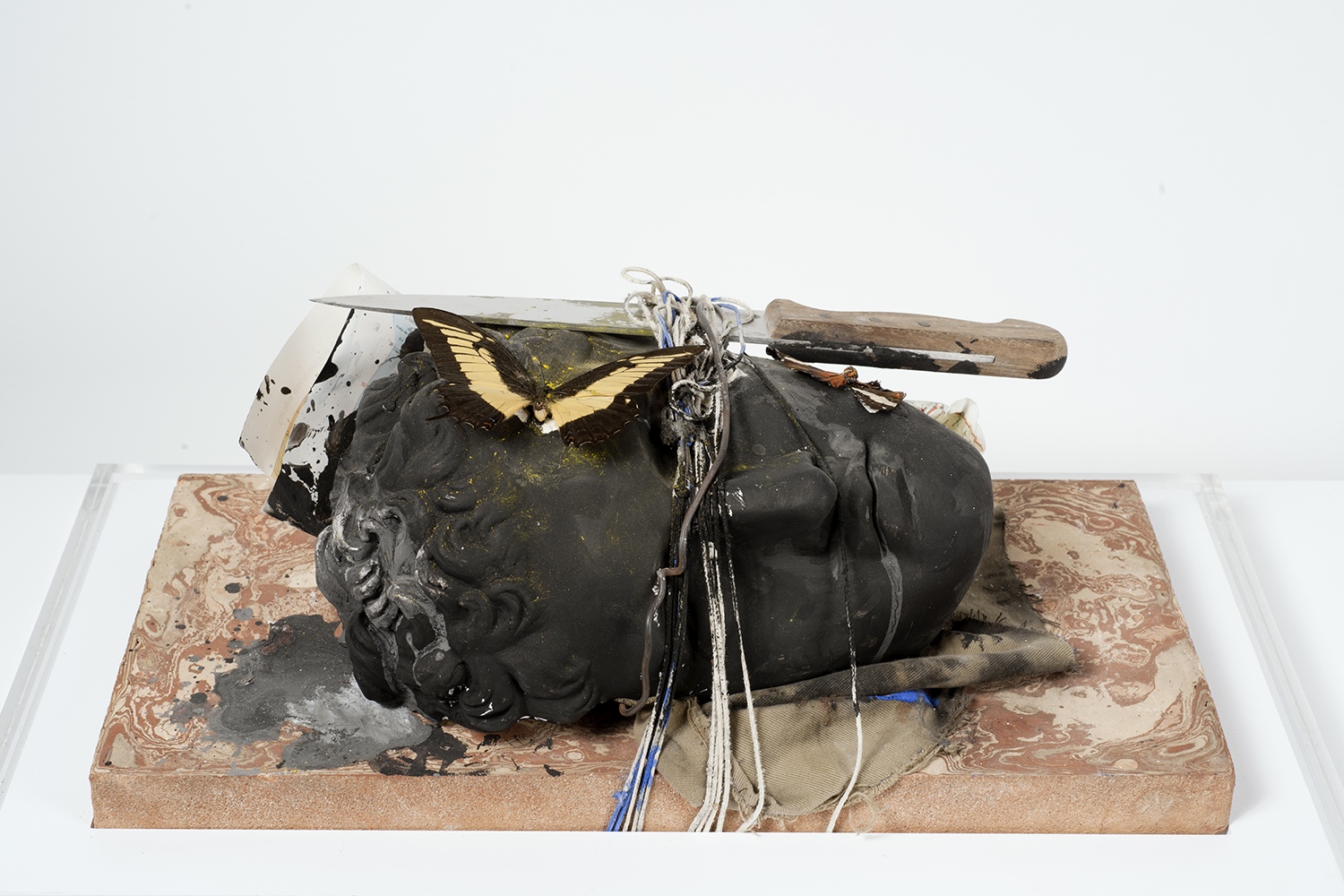 Claudio Parmiggiani: Dematerialization at the Frist