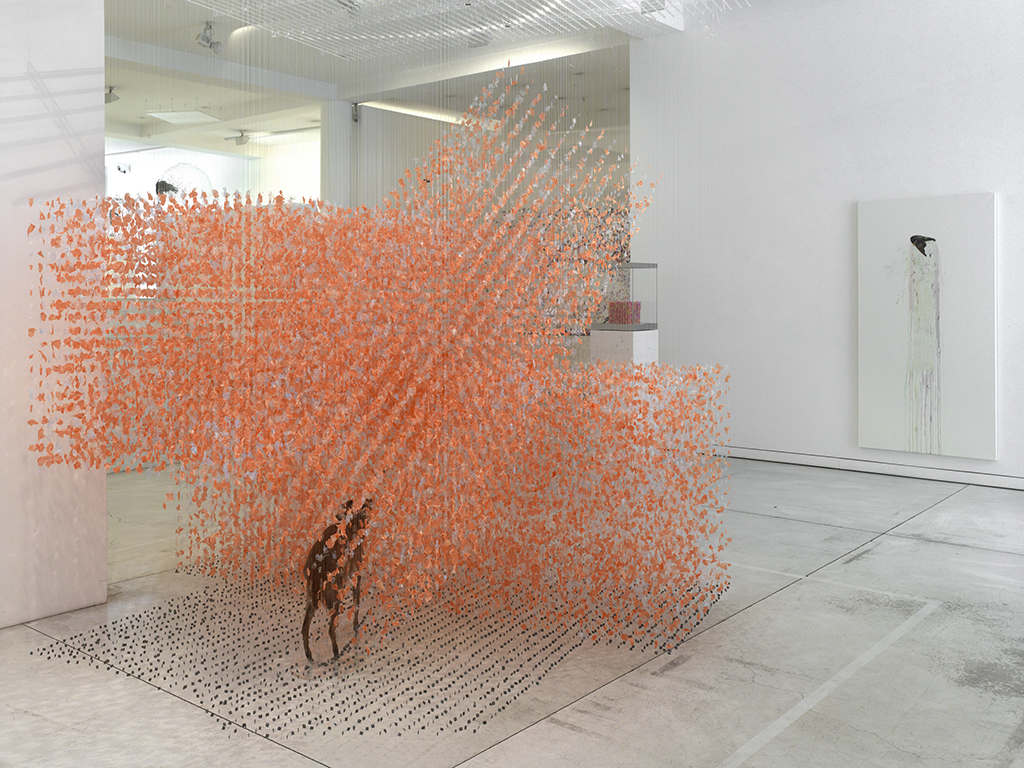 Stop Me Feeling is the first solo exhibition in the United States for Claire Morgan (b. Belfast, Northern Ireland, 1980) and presents six recent works exemplifying her ecologically minded artistic practice. In beguiling installations, cabinet sculptures, paintings, and works on paper, Morgan stages dramatic encounters between humans and nature and confronts issues of life and death.

Morgan builds a structure for her three-dimensional works by arranging organic and inorganic materials into grids and geometric shapes, such as circles and squares. Her painstaking process involves collecting seeds, insects, and/or torn bits of plastic and then mounting them on hanging nylon threads. Caught up in the webs created by those forms are birds, deer, foxes, and other wild animals that live alongside humans in rural and urban environments. While these animals learn to adapt to the artificial conditions of our making, and many of them thrive to the point of overpopulation, they often meet violent deaths. Morgan finds them after they have been killed by cars, pest control, or pets, or have died from natural causes. The reverence with which the artist preserves the dead animals through taxidermy sharply contrasts with the carelessness of other humans toward them while they were alive. The tragicomic titles of her works riff on lines from pop songs, books, or simple words or phrases lifted from everyday language. Morgan shows herself to be an exceptionally sensitive and acute observer of the creatures that live in our midst, and her novel constructions open our eyes to both their beauty and our own destructive ways.

This exhibition was organized by the Frist Art Museum in collaboration with Galerie Karsten Greve. 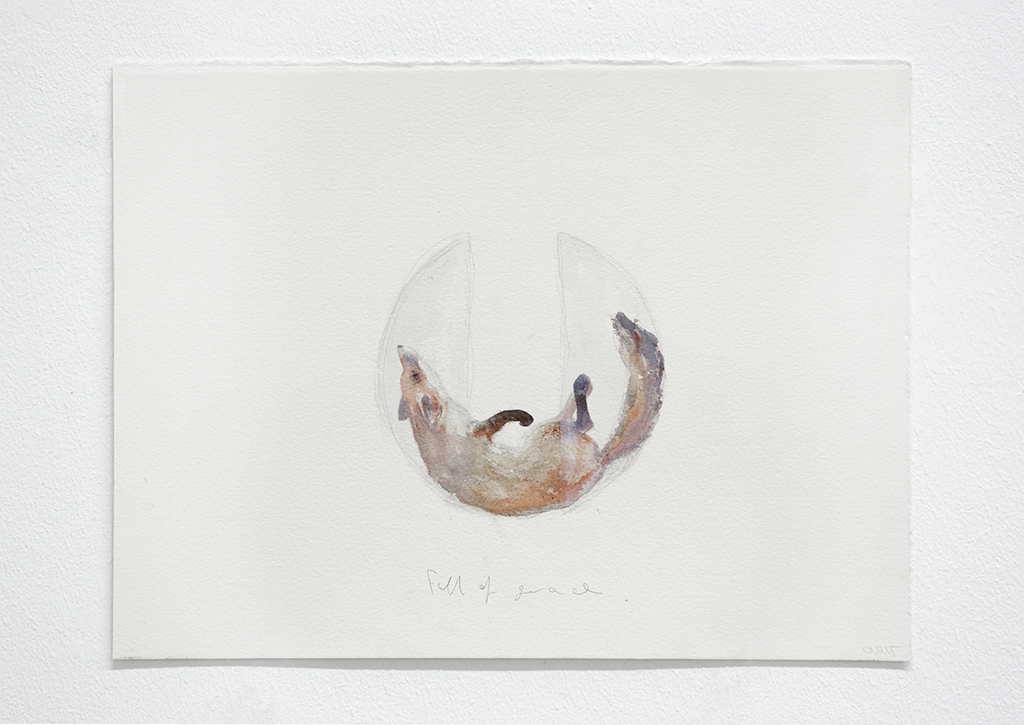 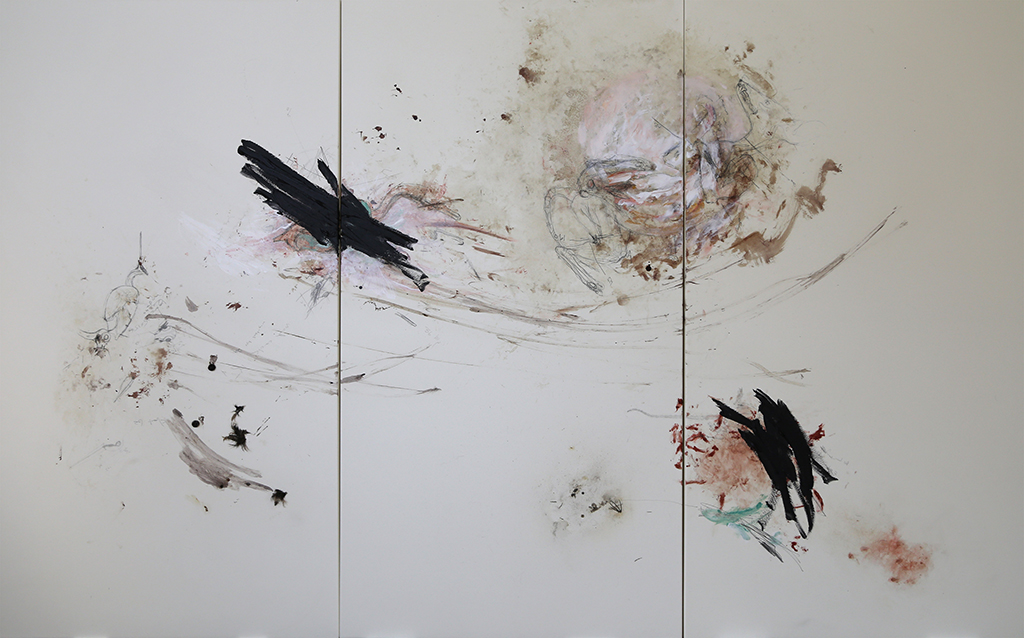 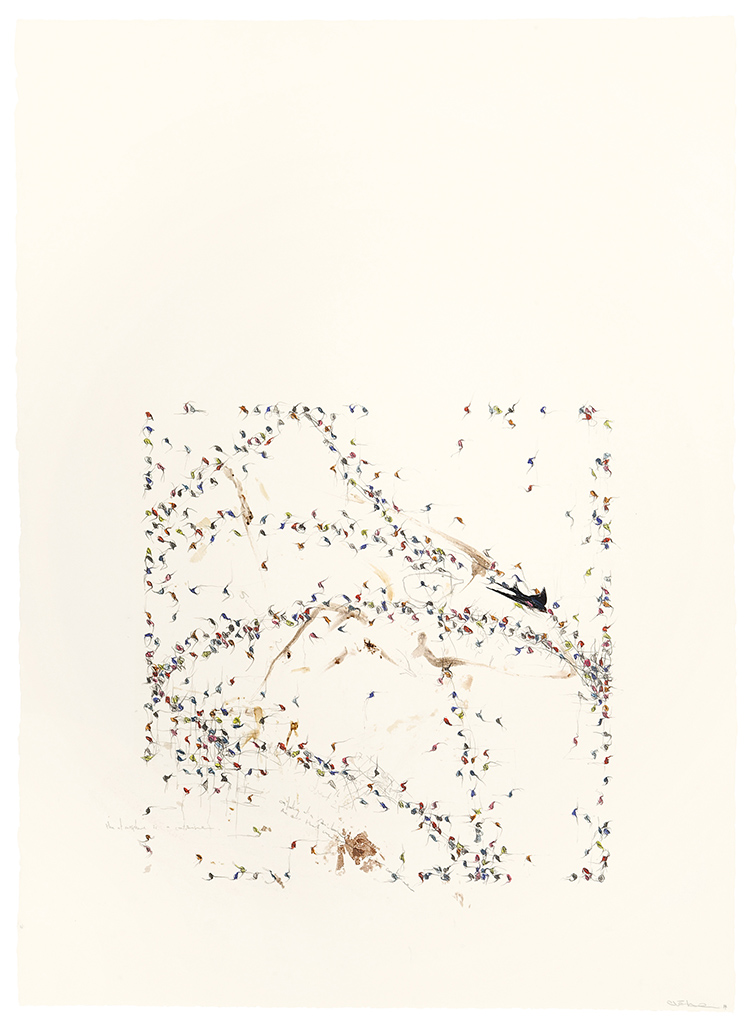 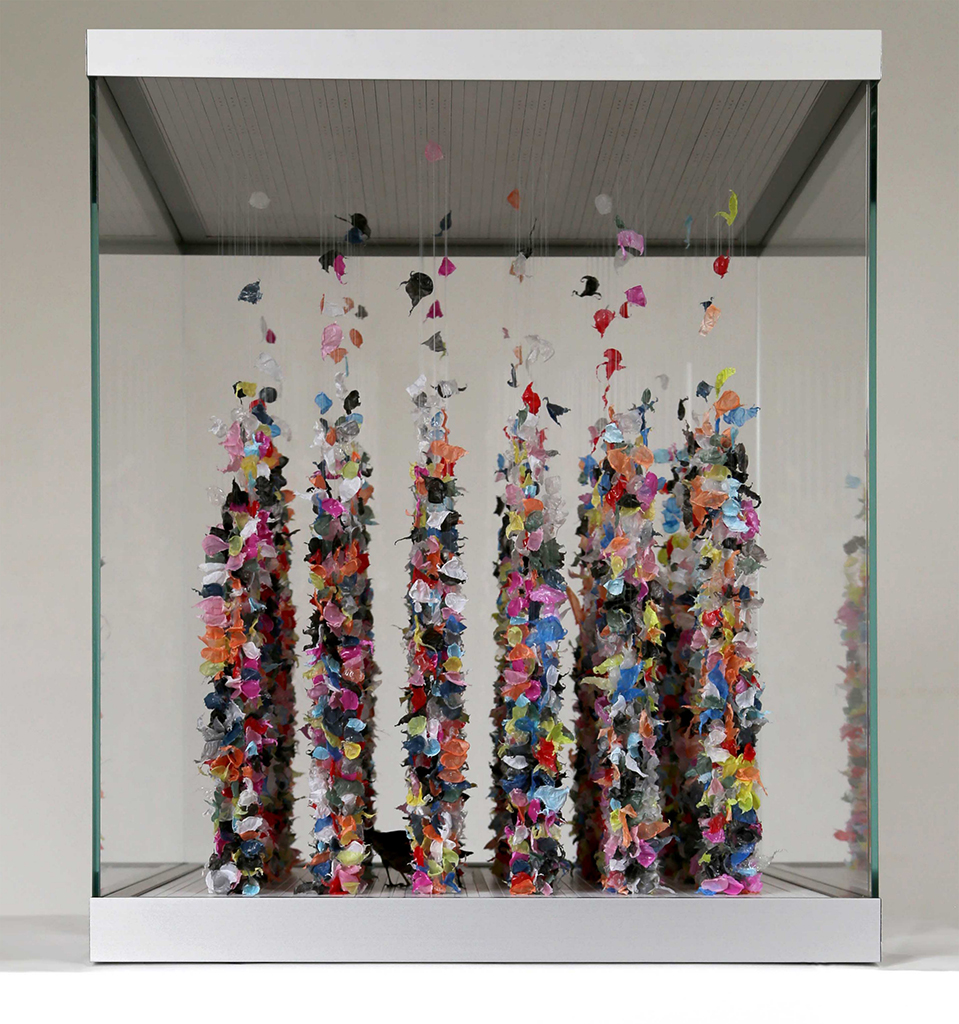