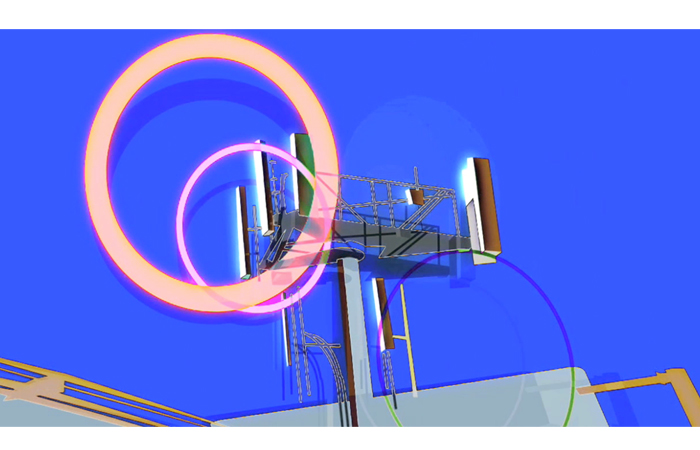 Brian Alfred: It’s Already the End of the World

Brian Alfred’s haunting visual reveries find beauty and trauma in the tissue of culture. He explores the impact of filtered public imagery—newspaper photographs, television advertising, and the Internet—on our perceptions of the world. Cryptic scenes in his paintings and video animations remind us of how these public mediums often show only a tantalizing glimpse of the greater picture; pertinent information is cropped out; ideas and historical understanding flattened to make them digestible or to conform to an accepted ideological narrative.

Alfred depicts subjects ranging from architecture and technology to instances of social upheaval and heroic humanism, positing a hidden connectedness that cannot be known, only sensed. In his video animation, It’s Already the End of the World, a montage of painterly vignettes begins with the sun rising over a city, exuding a stunning array of expanding circles. Soon, other rings of colored light appear, emanating from a complex of surveillance equipment, transmitting directives or seeking intelligence. A large passenger plane—once a sign of global shrinkage, now an omen of terror—fills the screen and is later reflected in a building’s windows, gliding silently close. Shift to a mob with fists upraised, met by a wall of shielded police with tear gas. Cut to heavy rains flooding an industrial site. In the distance, a streak of light angles to earth, followed by a flash on the horizon and a plume of smoke rises. The day ends like no day has before.

This sequence is rendered in a detached style that seems at odds with the apocalyptic narrative. Saturated colors and flat forms evoke the elegant harmonies of traditional Japanese woodblock prints. References to pop culture, especially music posters and cartoons, offer the bright clarity that a child can apprehend, but to which Alfred is also drawn because of the disturbing content that frequently exists under their colorful surface.

Elsewhere in the exhibition, a selection from Alfred’s series of 333 painted portraits, Millions Now Living Will Never Die, is an extended homage to people who have influenced him—other artists, writers, musicians, and politicians. Their faces are reminiscent of the affectless portraits of Andy Warhol, while mimicking the effect of silkscreened propaganda posters. The faces are meant to stimulate our awareness of the subjects’ life’s work and how it might relate to Alfred’s, while reminding us that we all exist in a network of creative influences and ideas.

Brooklyn based artist Brian Alfred was born in Pittsburgh, Pennsylvania, in 1974. He earned the B.F.A. in painting from Penn State University (1997) and the M.F.A. from Yale University (1999), and also attended the Skowhegan School of Sculpture and Painting in Madison, Maine. He has had solo exhibitions at Haunch of Venison Gallery, London, New York, and Berlin; Mary Boone Gallery, New York; Max Protetch Gallery, New York; SCAI The Bathhouse, Tokyo, Japan; and the Phoenix Art Museum, Phoenix, Arizona. His work has also been included in exhibitions at such museums as the Solomon R. Guggenheim Museum, New York, the Den Frie Udstillingsbygning [Den Frie Center of Contemporary Art] in Copenhagen, Denmark, the Shizuoka Prefecture Museum of Art in Shizuoka, Japan, the Contemporary Art Center Museum in Cincinnati, Ohio, and Kunstmuseum, Wolfsburg, Germany. Alfred has received awards and grants from the Joan Mitchell Foundation, the American Academy of Arts and Letters, the New York Foundation of the Arts, and the Pollock-Krasner Foundation. His work is included in many collections, including the Whitney Museum of American Art, New York; the Guggenheim Museum, New York; Albright-Knox Art Gallery, Buffalo, New York; Denver Art Museum, Denver, Colorado; the National Gallery of Victoria, Australia; and the San Francisco Museum of Modern Art, San Francisco, California. 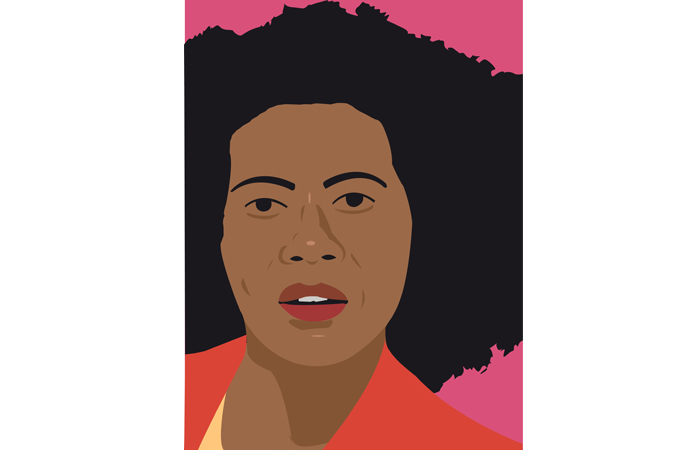 Brian Alfred. Alice Coltrane, 2006–07. Acrylic on canvas, 12 x 9 in. © Brian Alfred, Courtesy of the artist and Haunch of Venison Gallery 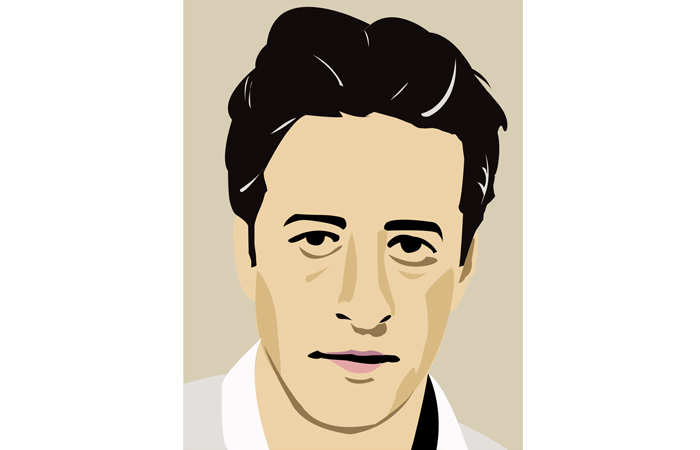 Brian Alfred. Jon Stewart, 2006–07. Acrylic on canvas, 12 x 9 in. © Brian Alfred, Courtesy of the artist and Haunch of Venison Gallery

Brian Alfred: It’s Already the End of the World