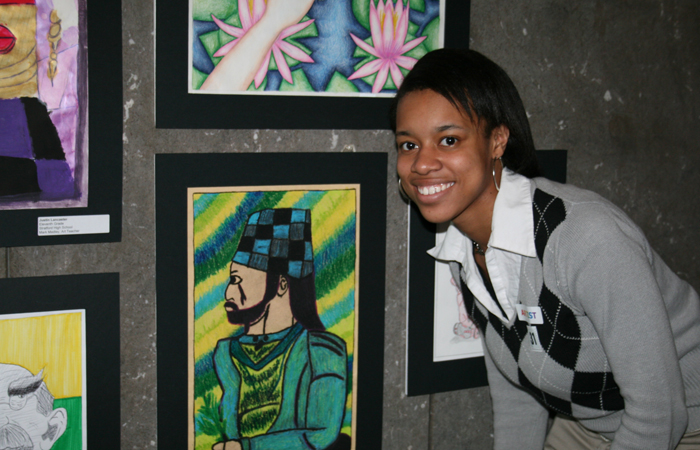 Created as an opportunity to recognize the artistic accomplishments of Metro Nashville Public School students, Mayor Phil Bredesen launched The Mayor’s Art Show during his term in the 1990s. The Frist Art Museum began hosting this annual art show in 2004 during Mayor Bill Purcell’s term and is continuing the tradition with Mayor Karl Dean.

Art teachers in each school were able to select two works per grade level for inclusion in the exhibition. The variety of images and subject matter reflects the diverse backgrounds and ideas of Metro schoolchildren. 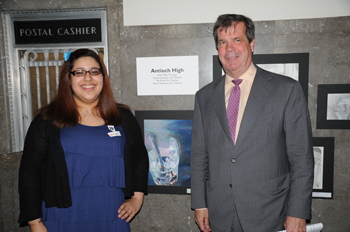 Essay Excerpts by Jasmine Metri
Antioch High School
March 29, 2012
When I first started off my senior year I was ready to throw myself in to Antioch High School’s new AP Art class, what I didn’t know was how challenging and time consuming this would really be. My two spoons in a cup piece was the one that had gotten accepted into the Frist for the Mayors art show. That piece was one of my most challenging ones I ever attempted to portray.

Of course Mrs. Lancaster, Mrs. Smith, and Mr. Waiwaiole were a huge key to my success in this piece and all my other pieces. They don’t tell you how to draw but give you the tools for you to draw on your own.

Seeing an “A” on a report is not half as exciting as hearing and finally seeing your own art work in a museum! When I first heard of this amazing opportunity I was so thrilled! I thought back to the day where I very first saw art work from my school that was displayed into the Frist and thought to myself “How can I one day get my work here?” I had a sense of accomplishment when I heard the good news…I also gained pride once I met the mayor who personally complimented my art work… It was a great feeling to know that I am not the only one interested in art but the mayor understands how important this is to people like me. I appreciate it so much that he took time out of his day to have an event such as this…Through the whole event I was filled with a rush but at the end of the day I just stood there, and I enjoyed my piece hanging on the wall where so many other artists had the opportunity to display their art. It was a simple piece, a cup and two spoons. It was a cup, two spoons, the reflection, color, and light. It was my time, work, opinion, view, and creation, and that night it was shared for others to view and enjoy it with their time, opinion, and view. 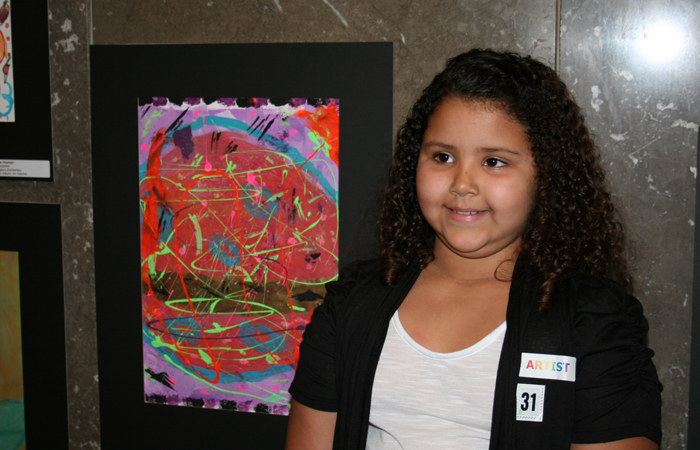