NASHVILLE, Tenn. (December 9, 2015)—Featuring works by Dürer, Goya, Murillo, Ribera, Rubens, and more from the splendid palaces of the Alba dynasty in Spain, Treasures from the House of Alba: 500 Years of Art and Collecting will make its second and final stop in the U.S. at Nashville’s Frist Center for the Visual Arts from February 5 through May 1, 2016. Co-organized by the Meadows Museum and the Casa de Alba Foundation, the exhibition brings together more than 130 works of art, dating from antiquity to the twentieth century, drawn from one of the oldest and most impressive private collections in Europe.

Exhibition highlights include masterpieces of Dutch, Flemish, German, Italian, and Spanish painting, such as Francisco Goya’s The Duchess of Alba in White (1795), along with four other major portraits by the great Spanish master, two of which will be on loan from the Museo Nacional del Prado in Madrid. Several Christopher Columbus documents will be on display, including his list of men who accompanied him on his 1492 Journey of Discovery and a drawing of the coastline of La Española (Hispaniola), the first island he encountered in the New World (now the Dominican Republic and Haiti). The illuminated Alba Family Bible (finished in 1430) is one of the earliest known translations of the Old Testament from Hebrew into a Romance language. Prints and drawings, sculptures, historical documents, illuminated manuscripts, decorative objects, and tapestries provide further insight into the influential role of the Alba family in European history.

The two-city tour marks the first major exhibition outside Spain of works from the collection of the House of Alba—one of the most prominent noble families with ties to the Spanish monarchy since the fifteenth century. “Today, the Alba name is most closely associated with the glamorous lifestyle of the 18th Duchess of Alba, doña Maria del Rosario Cayetana Fitz-James Stuart, who died in 2014,” says Frist Center Curator Trinita Kennedy. “Charismatic and vivacious, Cayetana was one of Spain’s best-known and most recognizable public figures. She was a lifelong champion of the arts and understood the historical significance of her family and its art collection.”

Through commissions, acquisitions, and dynastic marriages, the family’s dukes and duchesses have assembled a collection whose objects tell a story that extends beyond Spain to include many cultural developments that have shaped Europe. From Renaissance Italy to the Dutch Golden Age, and from the courtly splendor of the Baroque to the high ideals of the Enlightenment, the collection offers an extraordinary window into European history.

The exhibition curator is Dr. Fernando Checa Cremades, former director of the Museo Nacional del Prado in Madrid, who also served as editor of the accompanying catalogue. The exhibition is organized in a manner that explains the historical development of the family and the collection from the end of the 15th century to the present day. Aside from selected works from other lenders such as the Prado Museum’s Goya portraits that were once part of the Alba collection, a majority of the objects in the exhibition originate from three of the splendid palaces that historically belong to the lineage. The first of them is the Liria Palace in Madrid, an 18th-century building influenced by Parisian architectural styles that was severely damaged during the Spanish Civil War and rebuilt under the 17th Duke of Alba and the 18th Duchess of Alba; the second palace is the Dueñas Palace in Seville, a magnificent Renaissance/Mudejar construction from the 16th century, the most important in this style preserved in Spain; the third is the Monterrey Palace in Salamanca, a masterpiece of the Spanish Renaissance.

To celebrate the arrival of the exhibition in Nashville, representatives from the House of Alba, including don Carlos Fitz-James Stuart, 19th Duke of Alba, will travel from Spain to attend the opening. Mark A. Roglán, PhD, the Linda P. and William A. Custard Director of the Meadows Museum, will deliver the opening day lecture on February 5.

The Alba family has formed part of the most important aristocratic lineages in Europe, not only because of its military, political, and social significance, but also due to the relevance of its cultural patronage and its art collecting. The Álvarez de Toledo family first rose to prominence in central Spain at the end of the Middle Ages with the political and cultural ascendancy of the 3rd Duke of Alba, don Fernando Álvarez de Toledo (1507–1582), a soldier and political adviser to Holy Roman Emperor Charles V (reigned 1519–1556), and King Phillip II (reigned 1556–1598), and a devoted patron of the arts.

In regards to art collecting, the most important period for the family was from 1688 to1802, during which the marriage between the 10th Duke of Alba, don Francisco Álvarez de Toledo (1662–1739) and the 8th Marchioness del Carpio and 8th Countess of Monterrey, doña Catalina de Haro (1672–1733), resulted in the incorporation of a large part of the collection of the Marquis of El Carpio. With major works by Diego Velázquez, Jusepe de Ribera, and Raphael, the Marquis of El Carpio’s collection was one of the finest in Europe at the time.

A pivotal moment in the family history came in 1802 when Goya’s patron, the 13th Duchess of Alba, doña Maria del Pilar Teresa Cayetana (1762–1802), died without leaving any heirs, which resulted in the title of Duke of Alba, as well as the other titles in the lineage, passing to the Berwick family, direct descendants of James II, Stuart king of England (reigned 1685–1688). This was the start of the Alba-Stuart lineage, which is still in existence today.

Although a large part of the Marquis of El Carpio collection was lost during the change of family line, the 7th Duke of Berwick and 14th Duke of Alba, don Carlos Miguel Fitz-James Stuart (1794–1835) led a second period of strong growth. His purchases of works during his Grand Tour form one of the centerpieces of this exhibition.

The collection continued to expand during the 20th century with acquisitions and commissions by the 17th Duke of Alba, don Jacobo Fitz-James Stuart (1878–1953), who was a friend of artists such as Joaquín Sorolla, Ignacio Zuloaga, and John Singer Sargent. His daughter, the 18th Duchess of Alba, doña Maria del Rosario Cayetana Fitz-James Stuart (1926–2014), commonly known as Cayetana, continued the momentum by acquiring works by English, French and Spanish 19th- and 20th-century masters. Today Cayetana’s eldest son, don Carlos Fitz-James Stuart, 19th Duke of Alba, is the guardian of the Alba’s treasures for future generations. 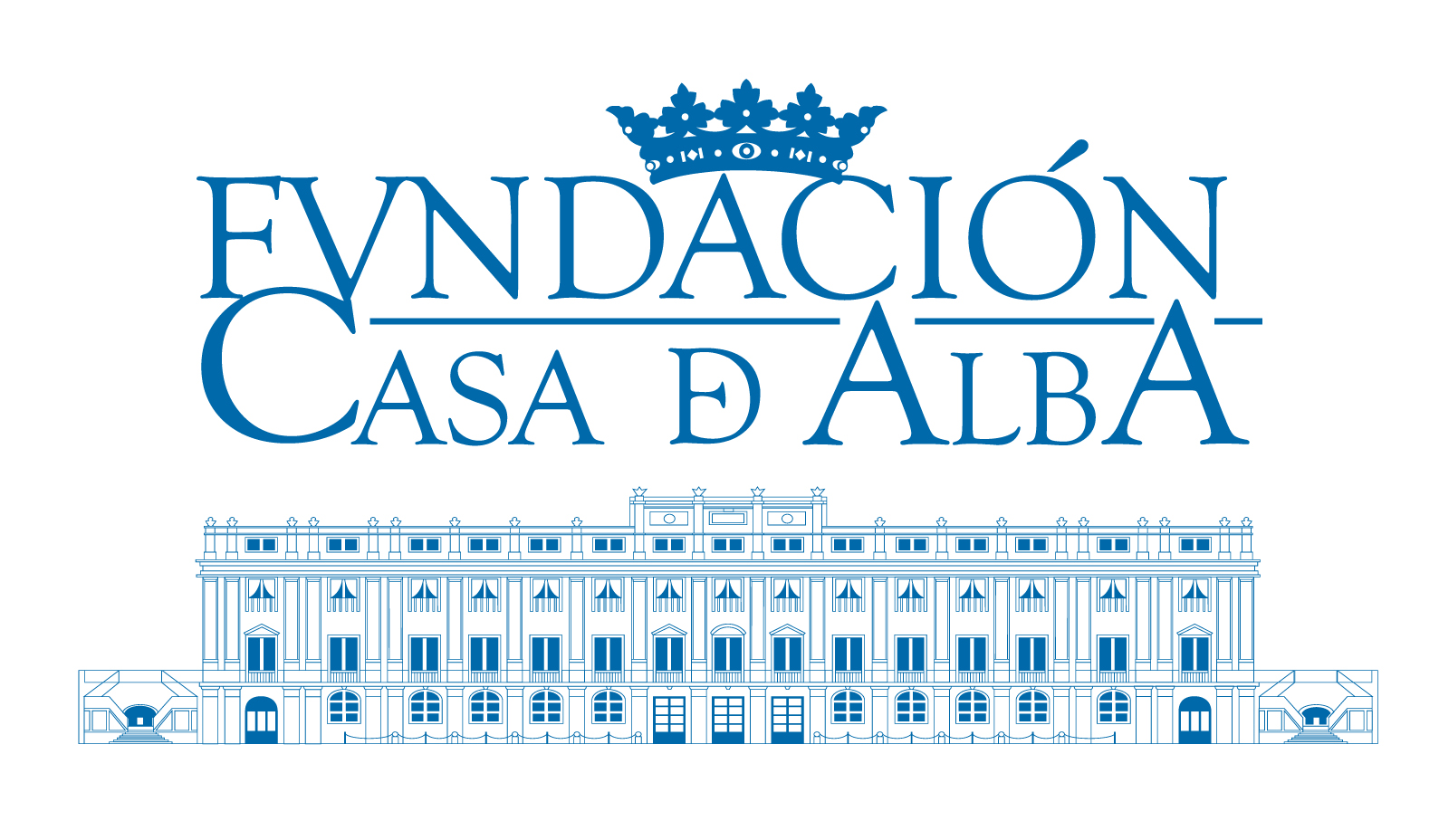 The exhibition was co-organized by the Meadows Museum and the Casa de Alba Foundation. A generous gift from The Meadows Foundation made this project possible.

The exhibition is accompanied by a fully illustrated catalogue edited by Fernando Checa. The catalogue is published by Ediciones El Viso.

Join Dr. Roglán for a lecture exploring the historic and cultural legacy of the Alba family and the formation of its storied art collection, including renowned portraits by Francisco Goya.

Join Trinita Kennedy to find out how this aristocratic family acquired masterpieces such as Francisco Goya’s Duchess of Alba in White, as well as the largest archive of Christopher Columbus documents in the world.

About the Frist Center
Accredited by the American Alliance of Museums, the Frist Center for the Visual Arts is a 501(c)(3) nonprofit art exhibition center dedicated to presenting and originating high-quality exhibitions with related educational programs and community outreach activities. Located at 919 Broadway in downtown Nashville, Tenn., the Frist Center offers the finest visual art from local, regional, national, and international sources in a program of changing exhibitions that inspire people through art to look at their world in new ways. The Frist Center’s Martin ArtQuest Gallery features interactive stations relating to Frist Center exhibitions. Information on accessibility may be found at fristcenter.org/accessibility. Gallery admission is free for visitors 18 and younger and to members; $12 for adults; $9 for seniors and college students with ID; and $7 for active military. College students are admitted free Thursday and Friday evenings (with the exception of Frist Fridays), 5:00–9:00 p.m. Discounts are offered for groups of 10 or more with advance reservation by calling 615.744.3247. The galleries, Café, and Gift Shop are open seven days a week: Mondays through Wednesdays, and Saturdays, 10:00 a.m.–5:30 p.m.; Thursdays and Fridays, 10:00 a.m.–9:00 p.m.; and Sundays, 1:00–5:30 p.m., with the Café opening at noon. Additional information is available by calling 615.244.3340 or by visiting fristcenter.org.