A Landmark Repurposed celebrates the historic building that the Frist Art Museum is privileged to occupy—Nashville’s former main post office.

Commemorating the Frist’s twentieth anniversary, this exhibition reimagines and updates an exhibition on view at the time of the opening of the Frist Center for the Visual Arts. The expanded narrative in the current exhibition highlights the building’s role as a civic institution, from its creation as the city’s main post office in 1934 to its reopening as an art museum on April 8, 2001. Through archival images, architectural drawings, “Then and Now” photographs, news clippings, and original planning documents, guests learn about the building’s distinctive architectural styles, as well as how historical events affected the construction and function of the post office. The exhibition also addresses how buildings can be repurposed, making connections with American Art Deco: Designing for the People, which will be on view in the Ingram Gallery from October 8, 2021, through January 2, 2022. 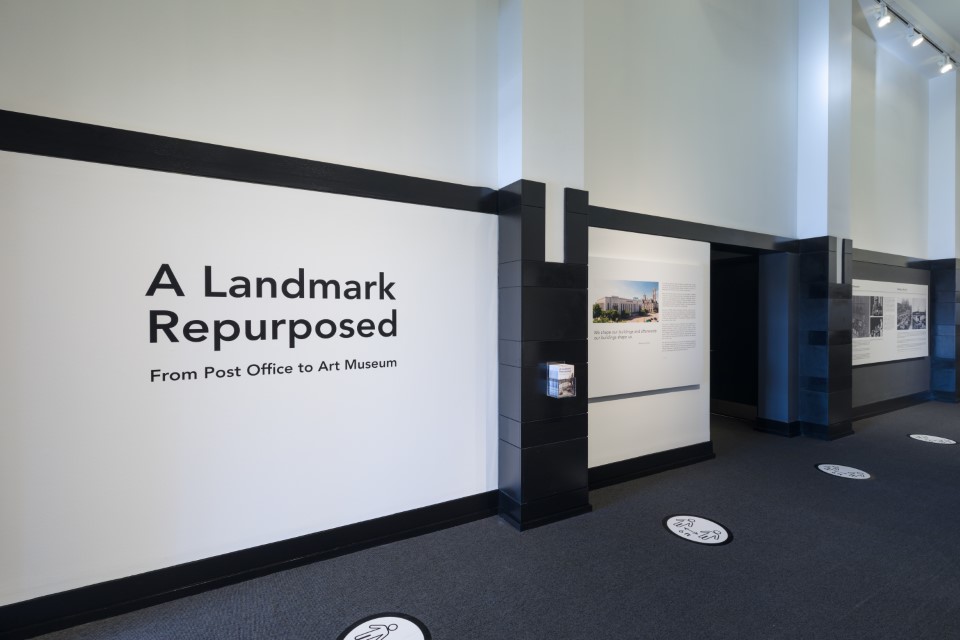 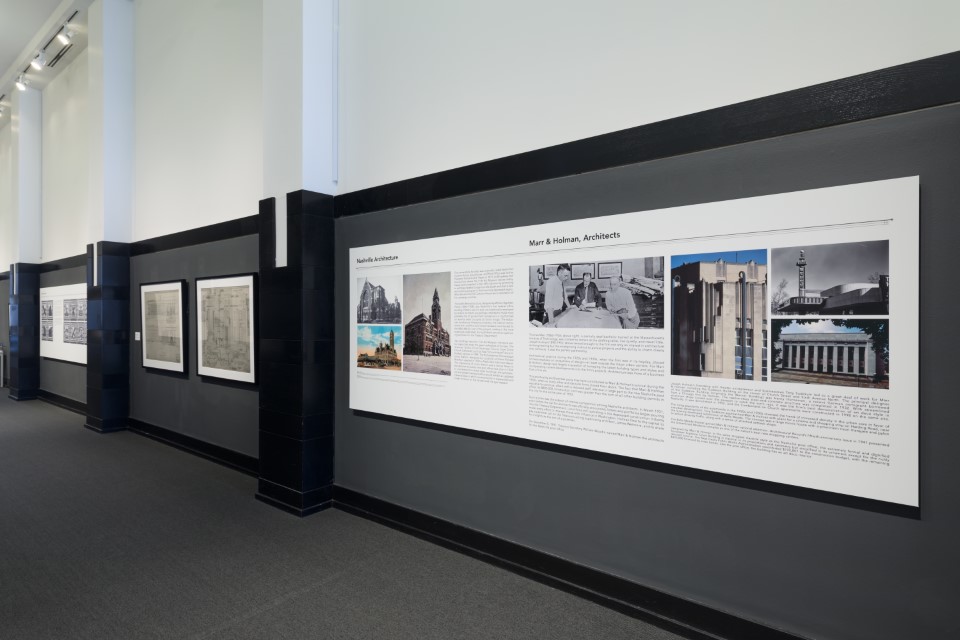 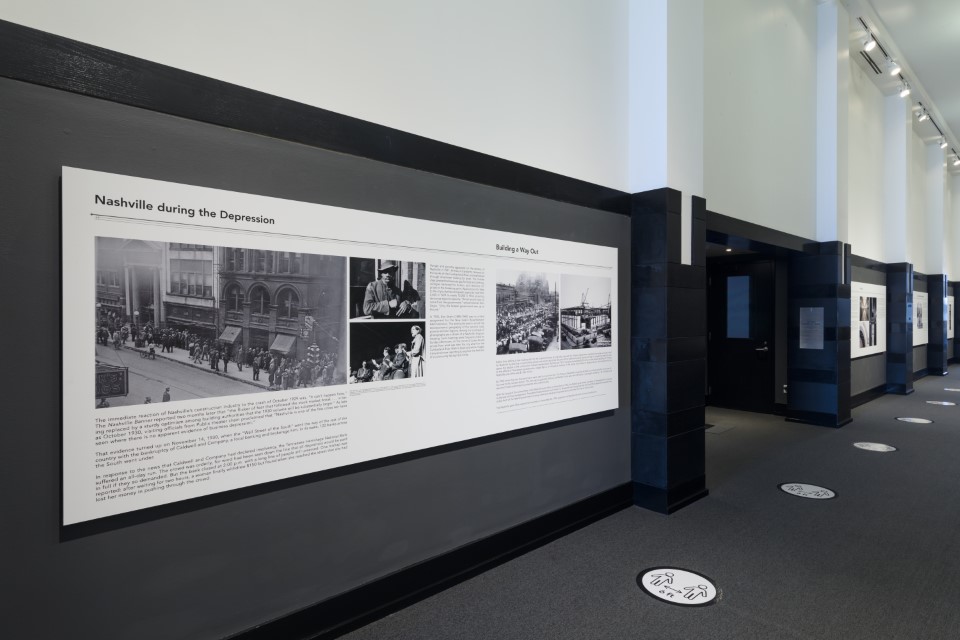 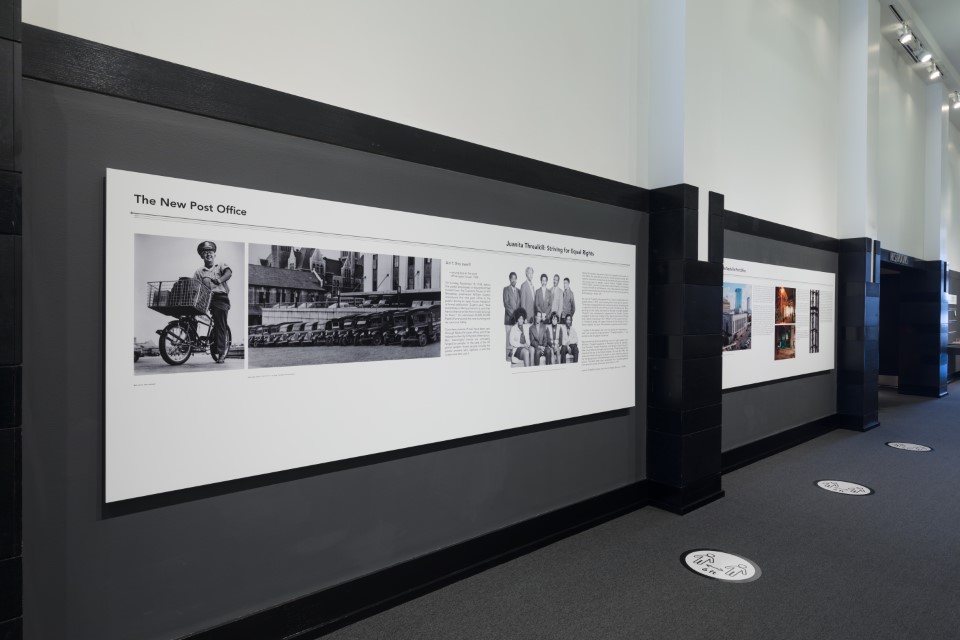 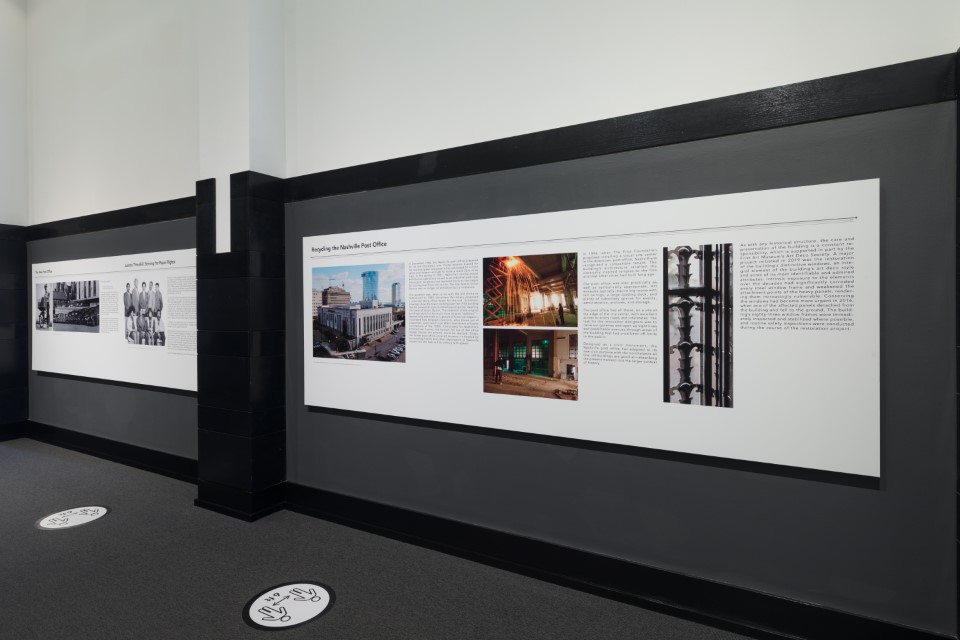 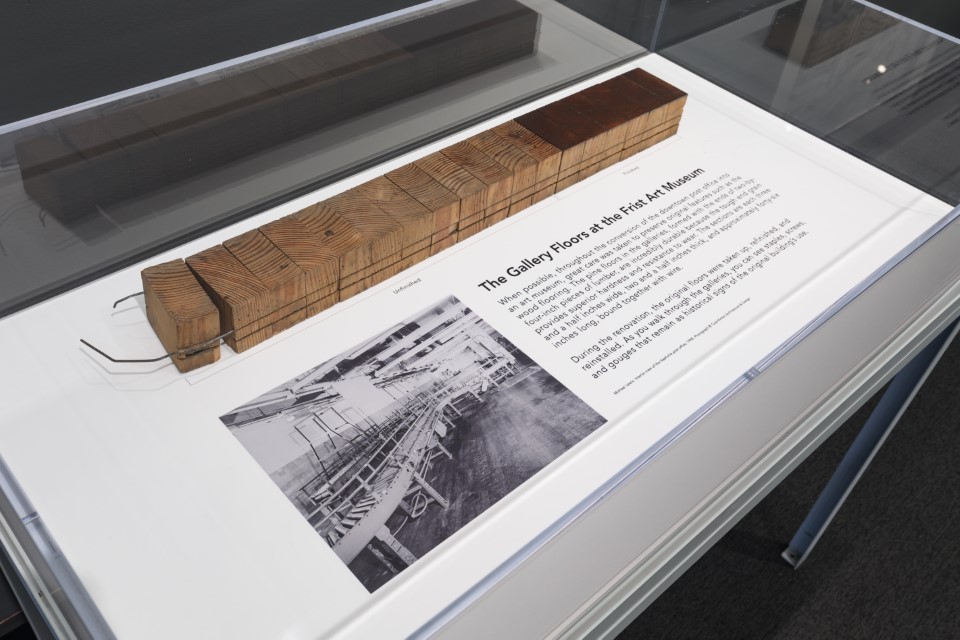 Picasso. Figures, an exhibition from the incomparable collection of the Musée national Picasso-Paris, offered an in-depth look at Pablo Picasso’s career-long fascination with the human figure as a means of expressing a range of subjects and emotions. Featuring approximately seventy-five paintings, works on paper, and sculptures, Picasso. Figures made its sole US appearance in Nashville in the Frist’s Ingram Gallery from February 5 through May 2, 2021.

Highlights of the exhibition included masterpieces from Picasso’s various styles and periods, as well as more intimate works that provide fresh insights into his innovative practice. “Viewers will see how, as Picasso continuously deconstructed and then remade the body, he was also recasting the history of figuration as a combination of his own psychological view of humanity and observations about the disruptive nature of life in the twentieth century,” said Frist Art Museum chief curator Mark Scala.

A panoramic survey of Picasso’s career, the exhibition opened with portrayals of his wives and lovers in a range of styles, which often capture the turbulence of their relationships. The focus then shifts to Picasso’s renowned cubist period of the early twentieth century. Of particular interest are works that demonstrate the powerful influence of African and Iberian art on this radical style, in which perceptions of time, space, and reality are altered in ways that embody the ideal of artistic freedom manifested by artists of the period. Continuing through the exhibition, visitors encountered paintings, sculptures, and works on paper that reflect Picasso’s experiments with a variety of styles, including surrealism, neoclassicism, and expressionism. Picasso. Figures culminates in late works, characterized by vivid colors, exuberant brushstrokes, and playful twists on the old masters, showing that Picasso’s endless desire to reinvent painting continued until the end of his life. 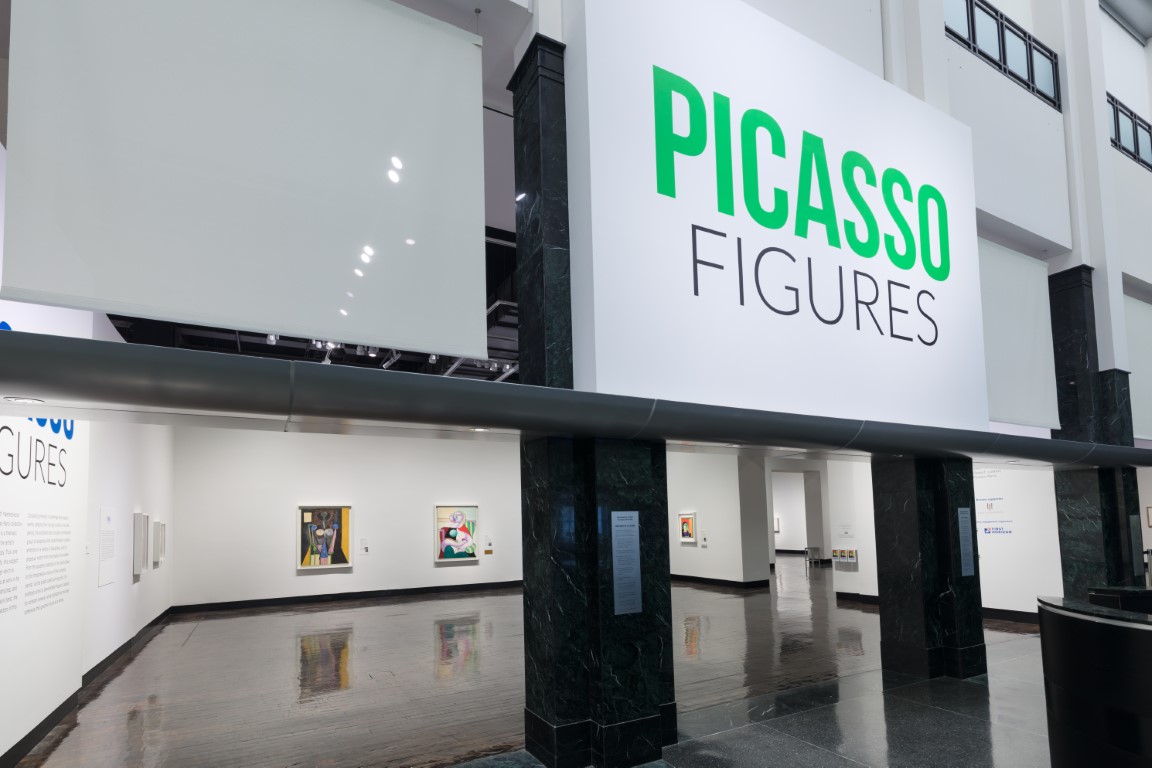 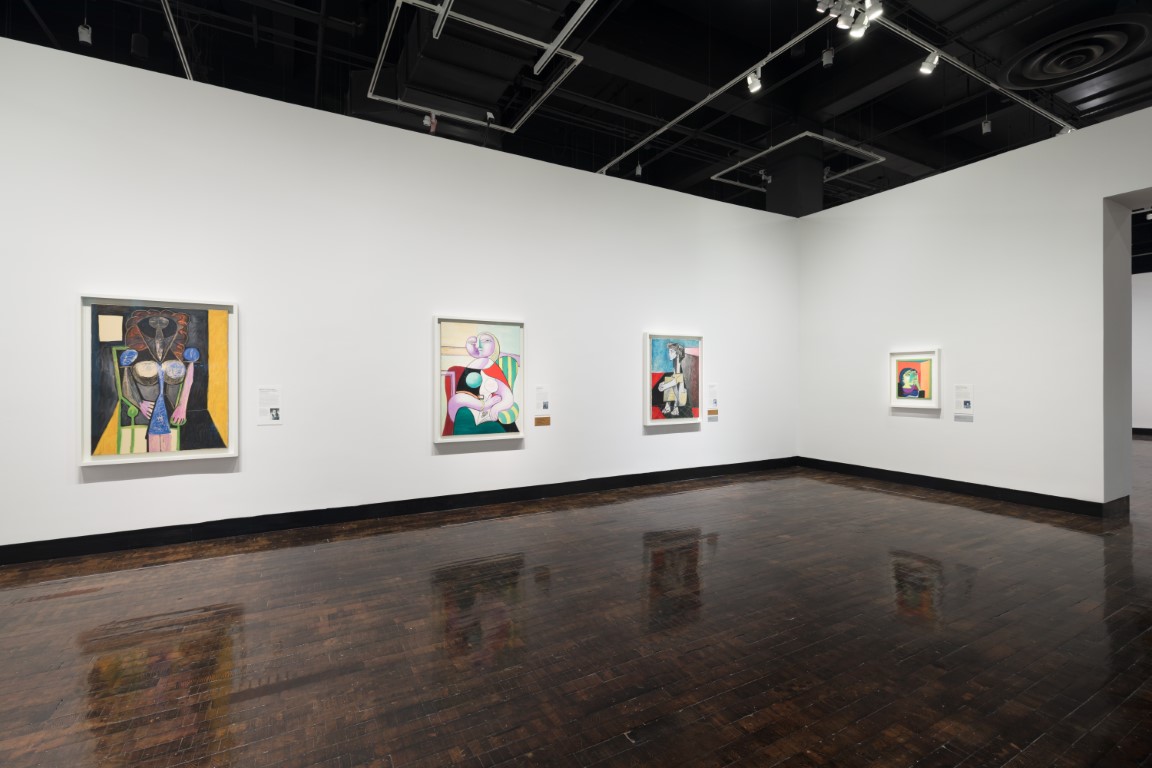 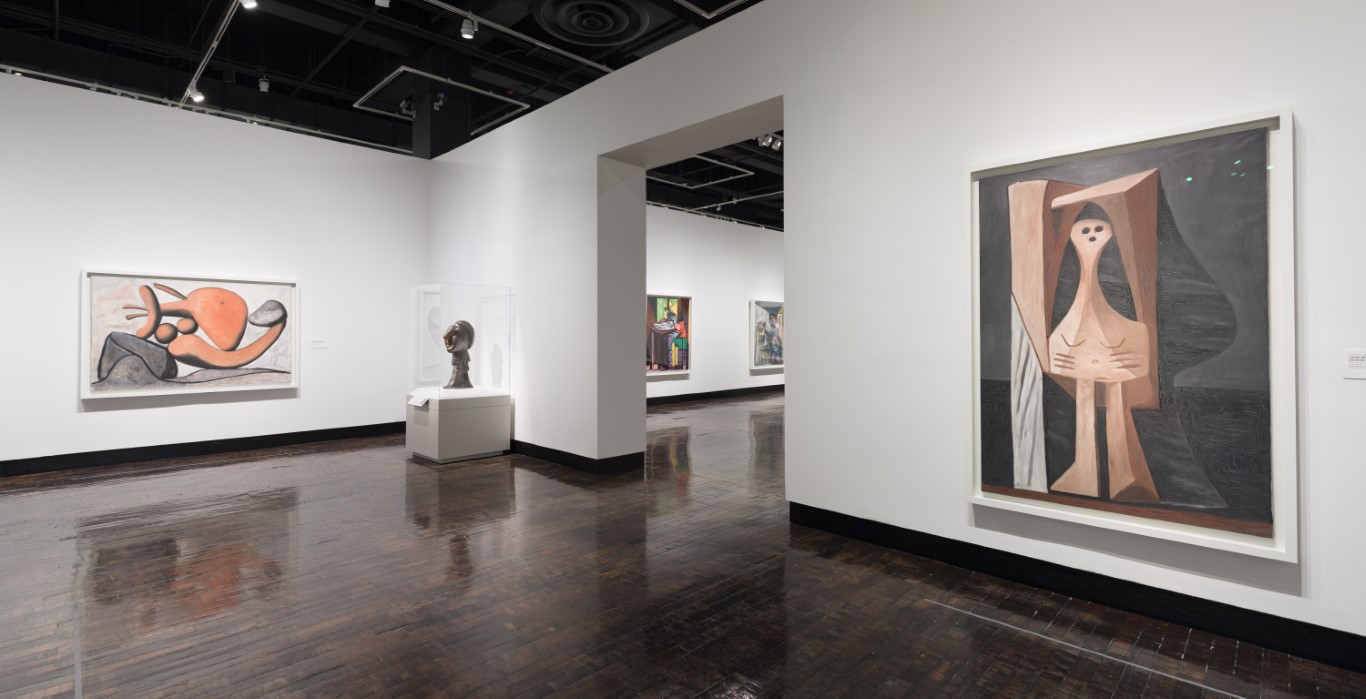 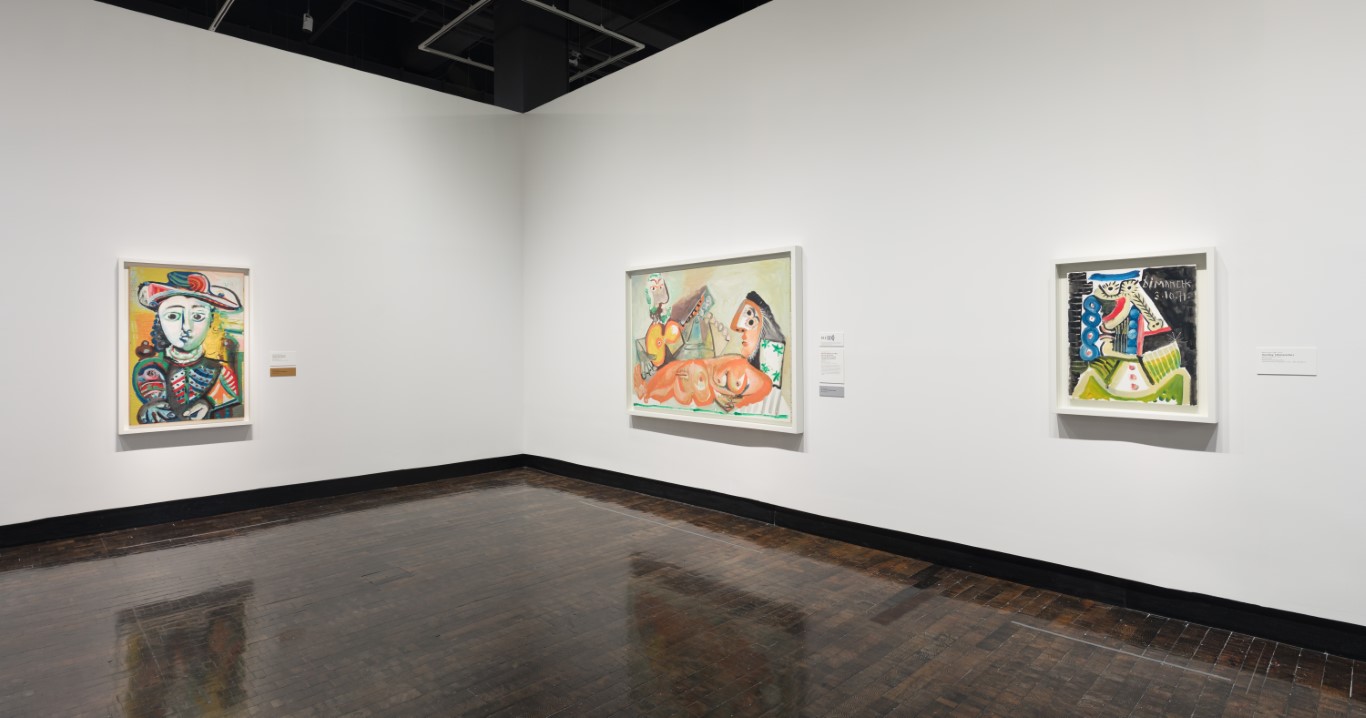 Liliana Porter: Man with Axe and Other Stories

Argentina-born artist Liliana Porter’s provocative arrangements of objects and toys tell stories that are at once psychologically charged and slyly humorous. The centerpiece of the exhibition, Man with Axe, features a tiny plastic figure of an axe-wielding man who appears to have demolished an array of items, from dollhouse furniture to large vases, clocks, and even a full-size piano. This trail of destruction signals both the entropic effects of time and the collapse of historical progress that can be caused by a single agent of chaos. In Man with Axe, Porter (b. 1941) asks big questions: Who are we? What do we do? What’s it about? 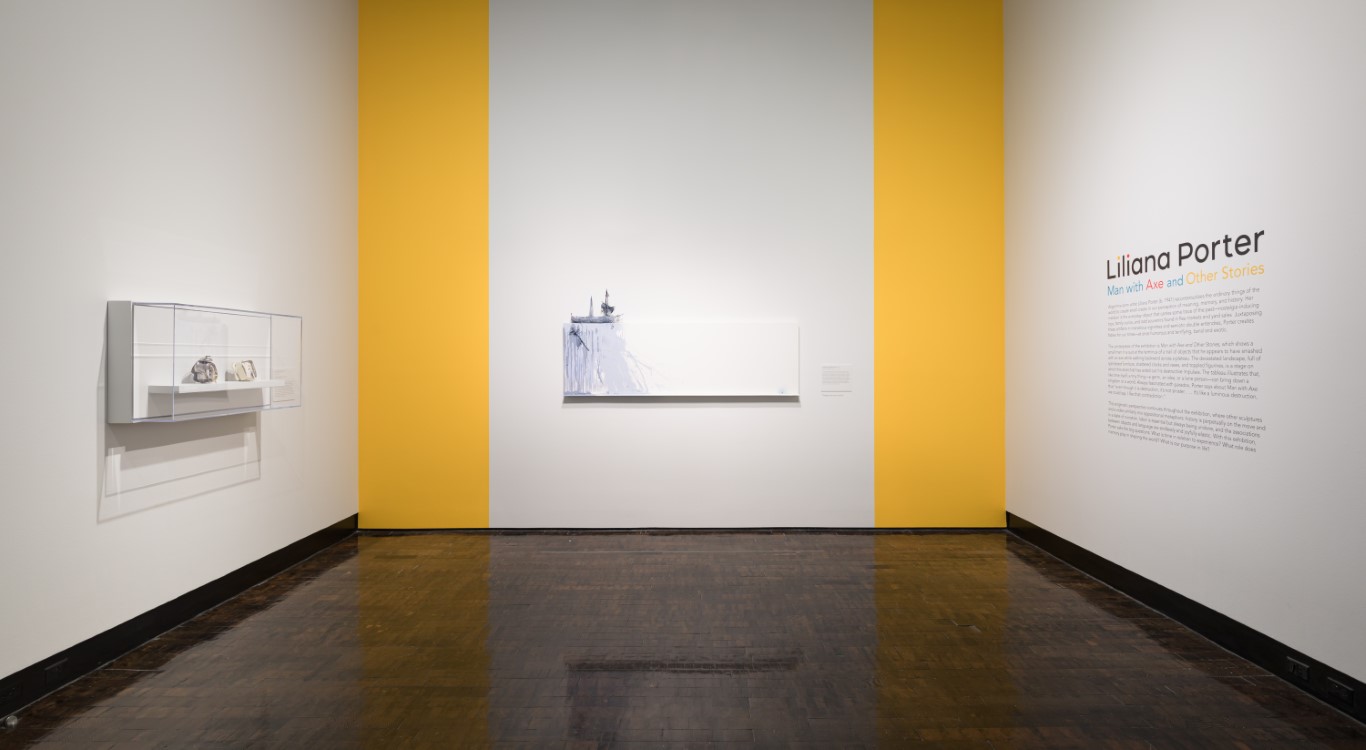 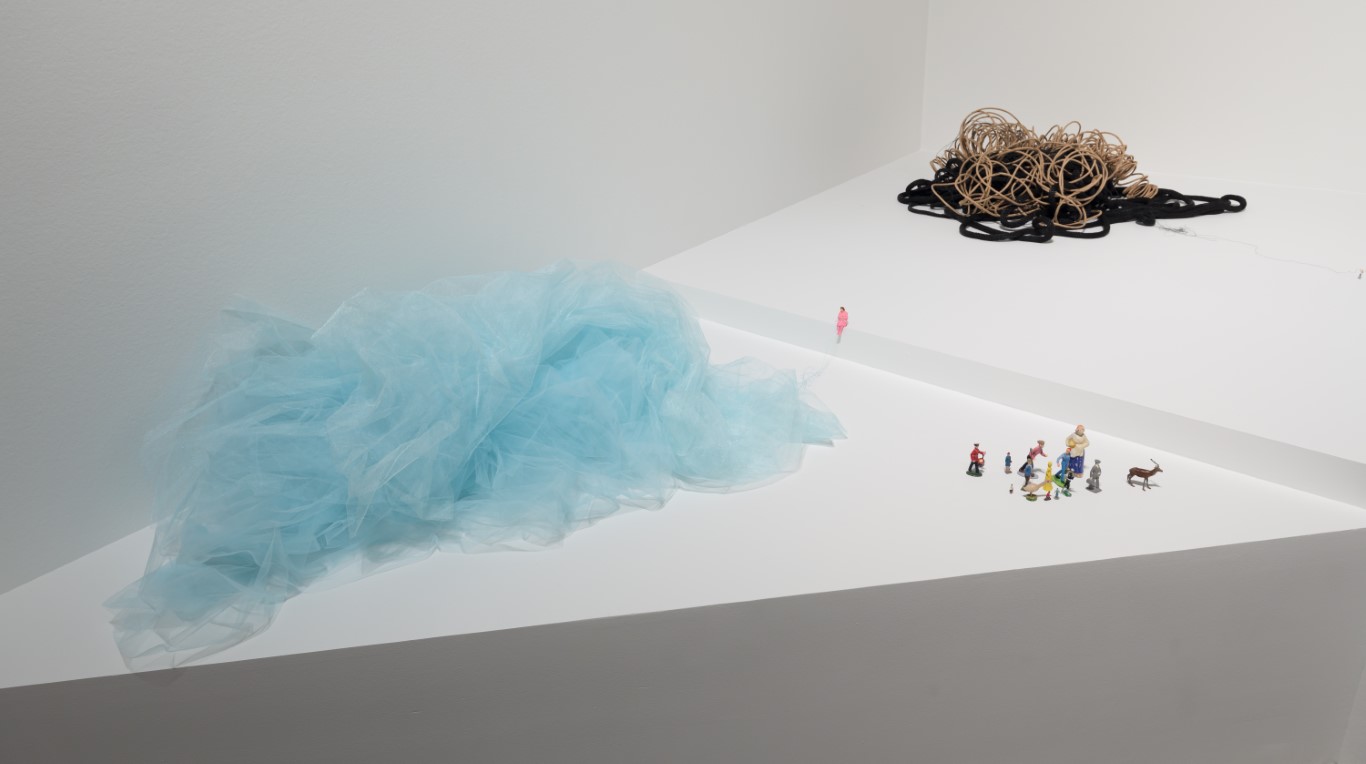 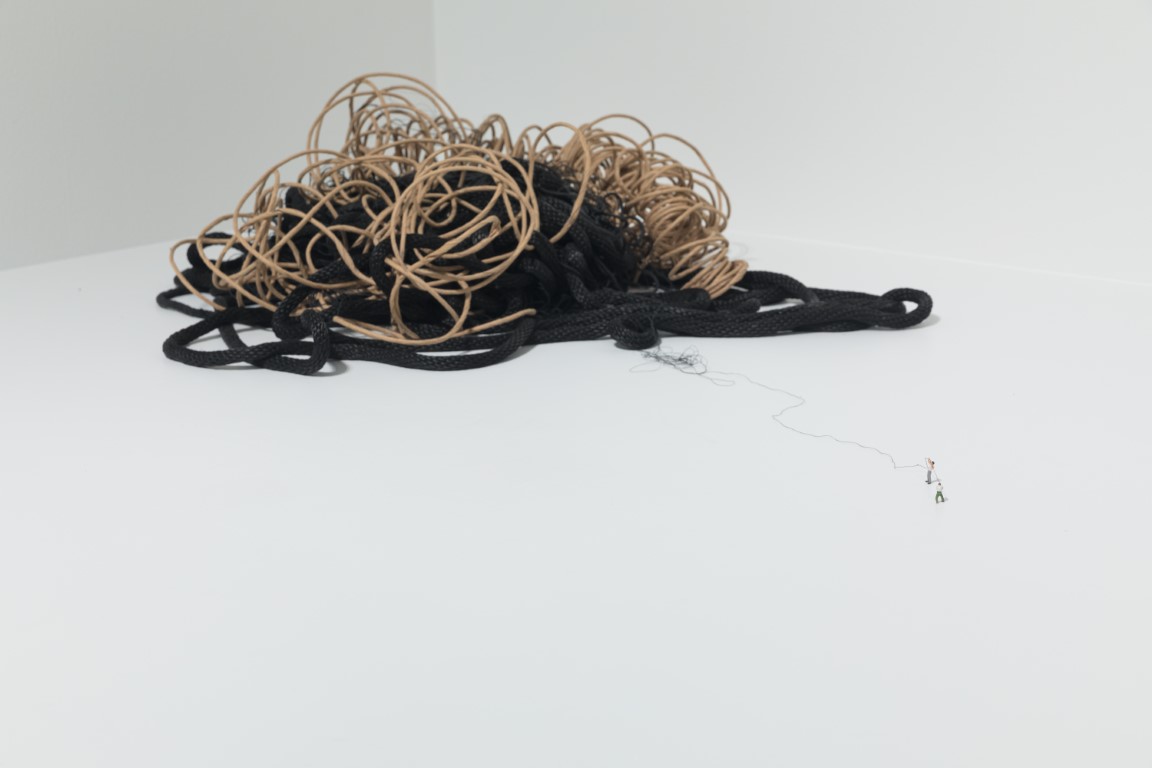 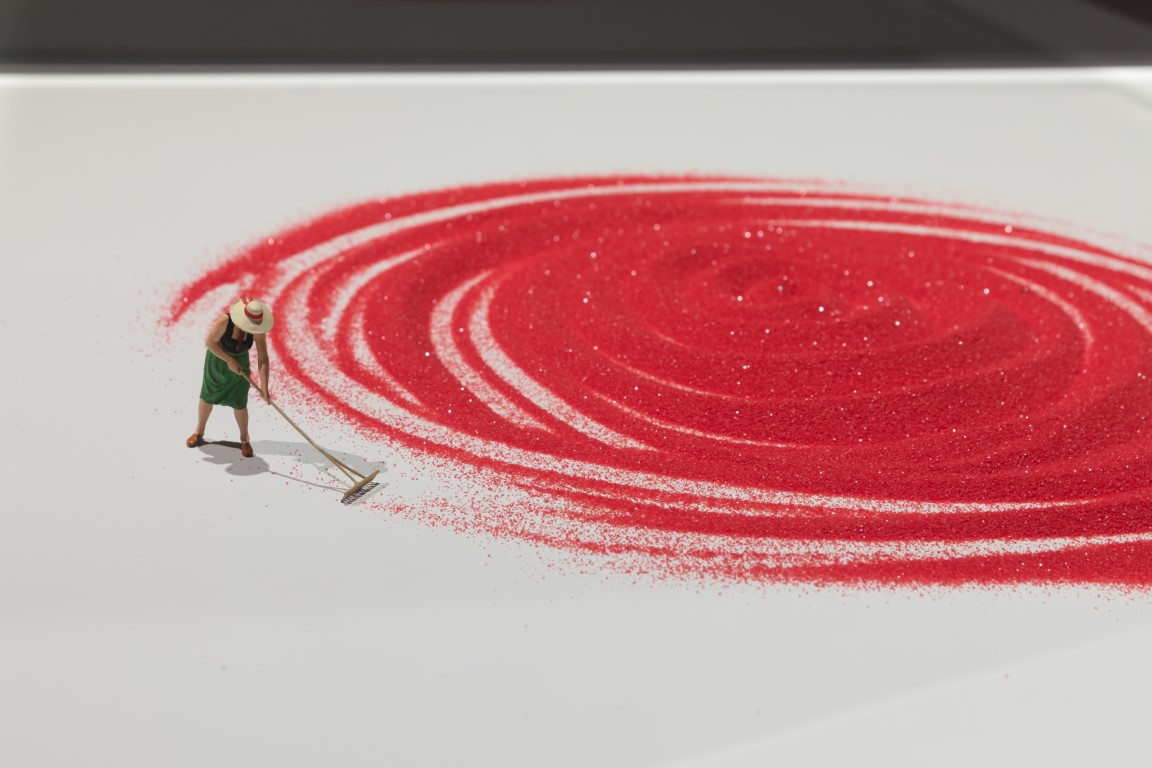 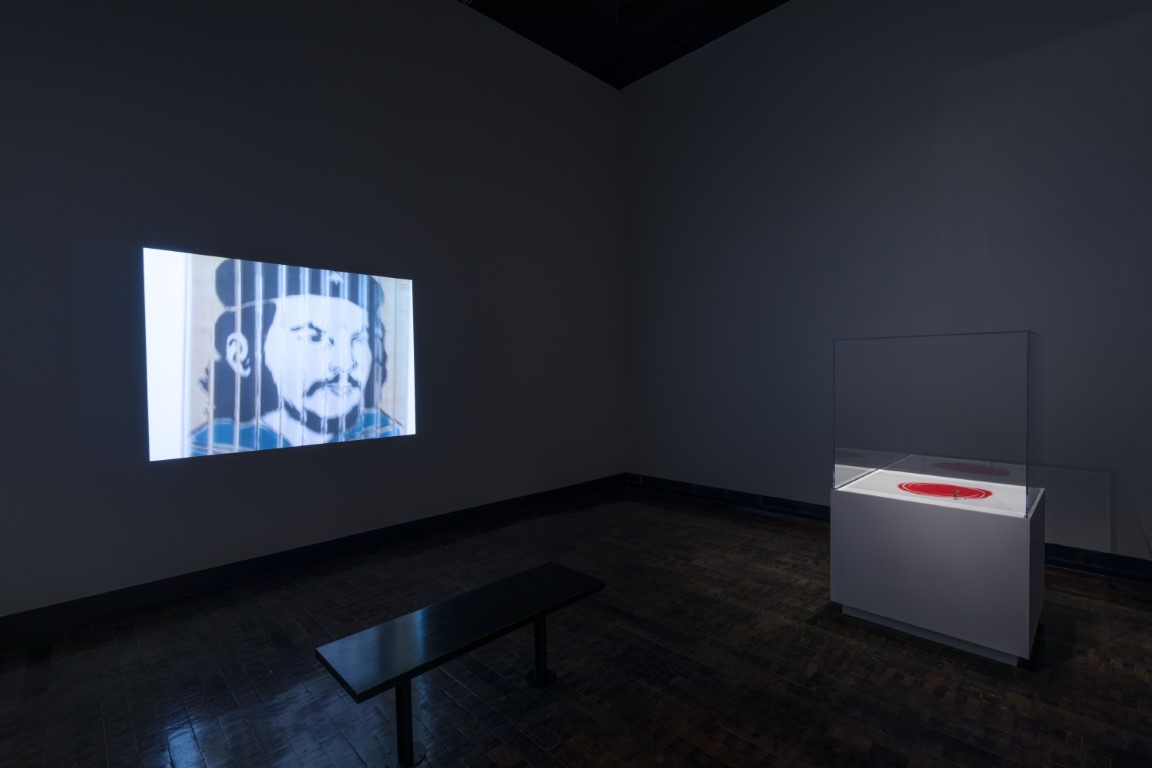 The American West is an idea and a process as much as it is a location. Throughout the nineteenth and twentieth centuries, depictions of the people, landscapes, and wildlife of the West fostered a sense of American identity that was rooted in a pioneering spirit of adventure and opportunity. Through nearly eighty paintings and sculptures ranging in date from 1822 to 1946, made by such artists as Albert Bierstadt, Thomas Moran, C. M. Russell, Frederic Remington, E. Irving Couse, John Sloan, and Maynard Dixon, this exhibition explored the nuances of a complex American West, including its often-challenging history, especially in relation to Indigenous people, and its vibrant cultural and artistic diversity. 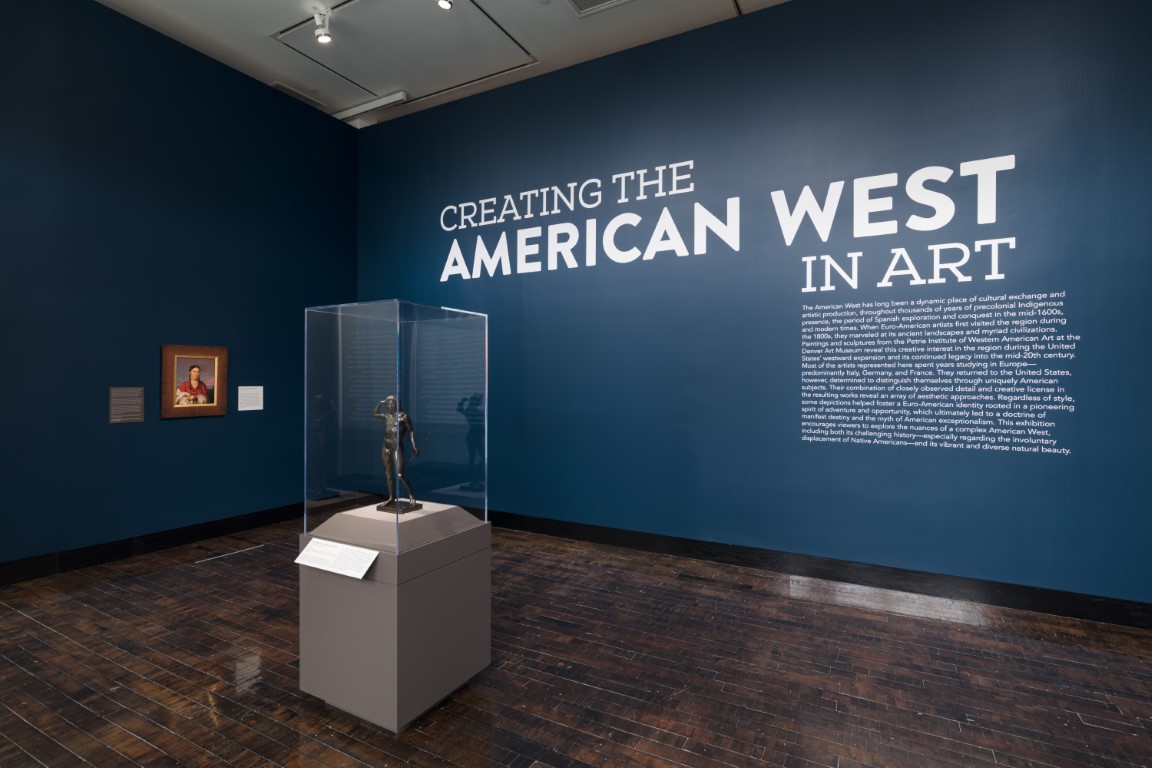 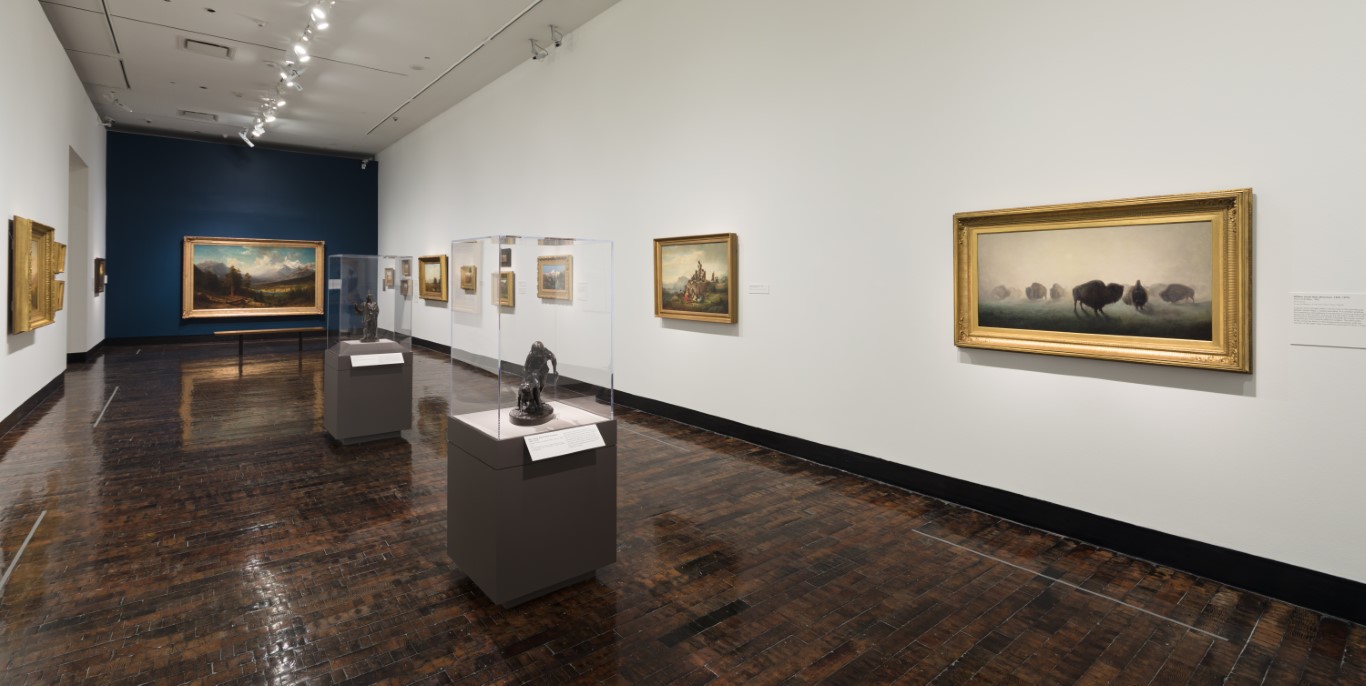 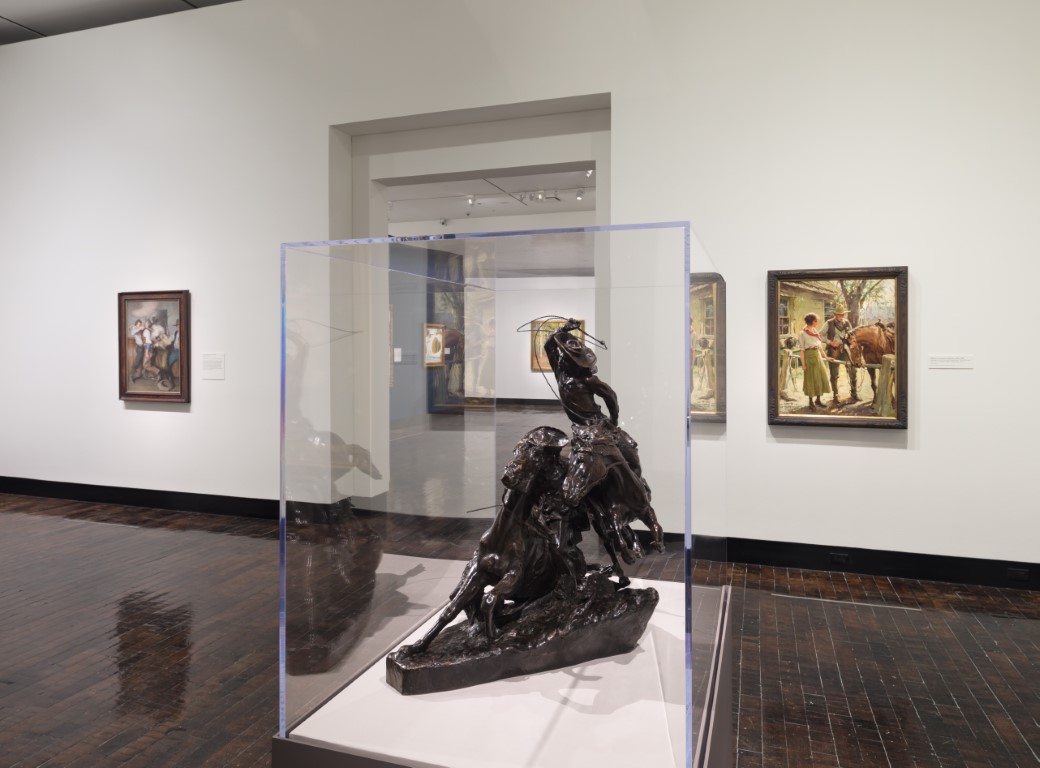 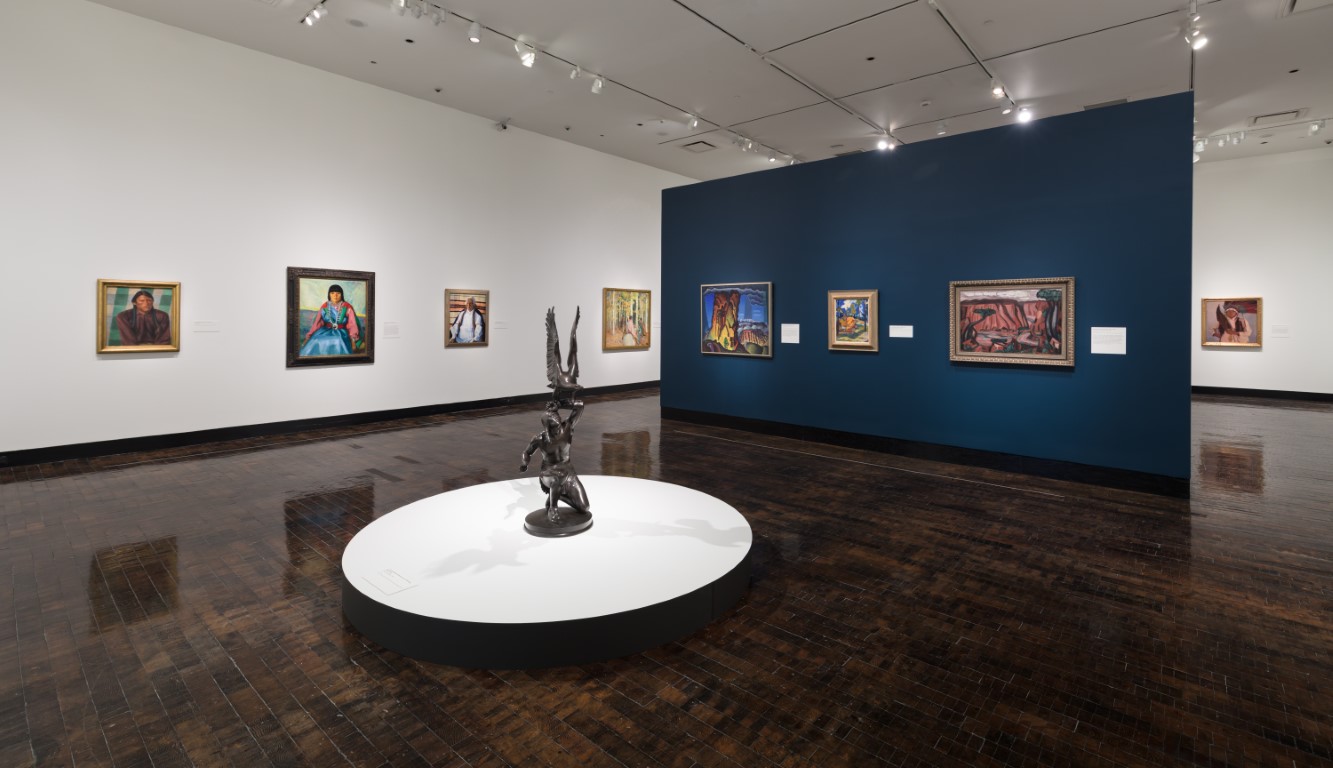 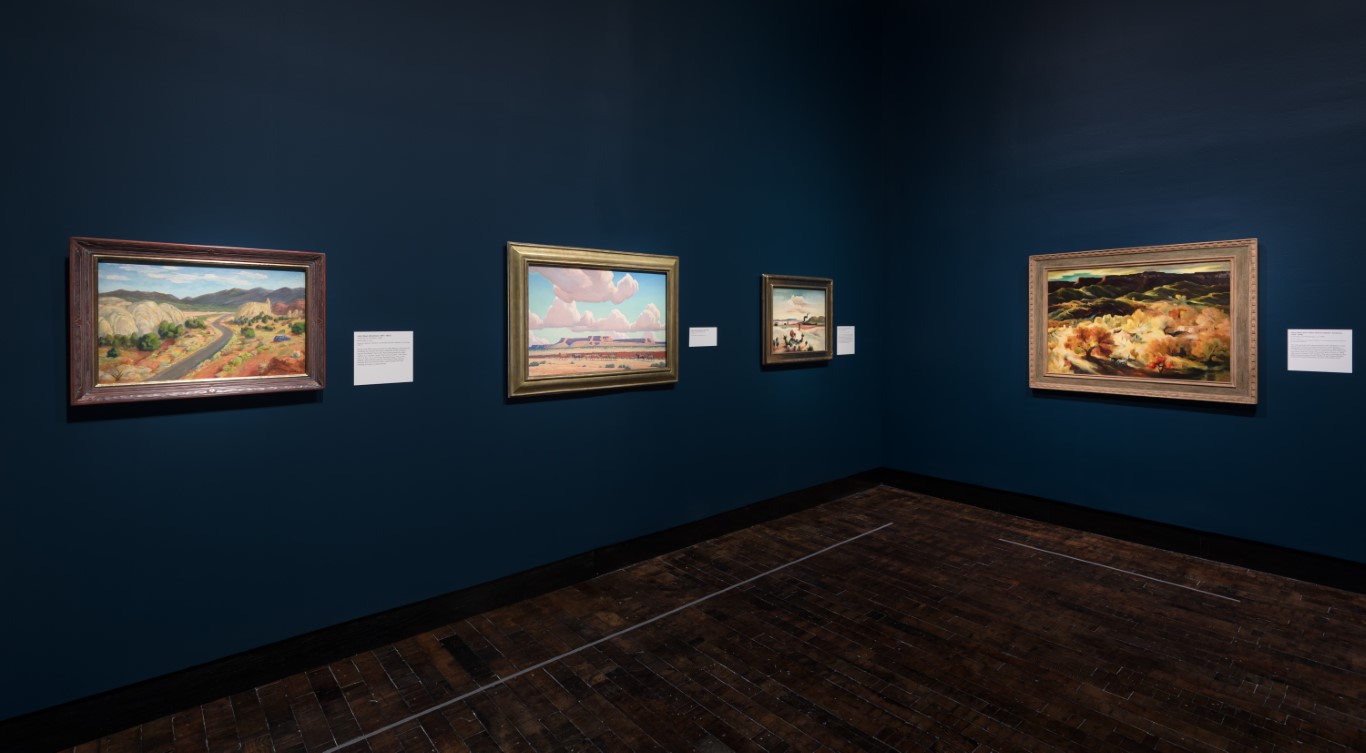