Treasures from the House of Alba: 500 Years of Art and Collecting

Drawn from one of the oldest and most significant private collections in Europe, Treasures from the House of Alba: 500 Years of Art and Collecting featured works by Goya, Murillo, Rubens, Titian, and more from the splendid palaces of the Alba dynasty in Spain. Co-organized by the Meadows Museum and the Casa de Alba Foundation, the exhibition brought together more than 130 works of art dating from antiquity to the twentieth century. It was the first major exhibition outside Spain of works from the collection of the House of Alba—a prominent Spanish noble family with ties to the monarchy since the fifteenth century. 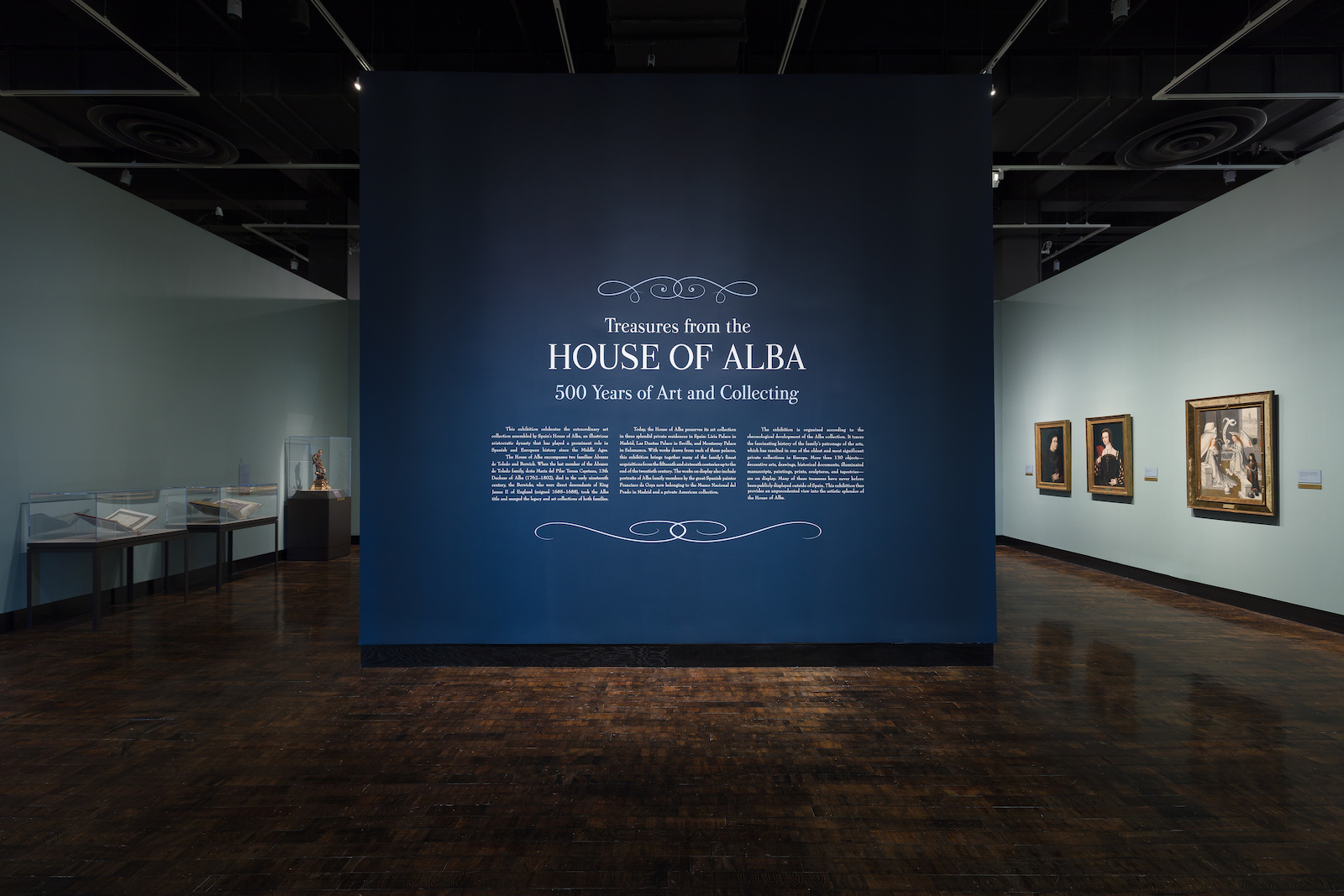 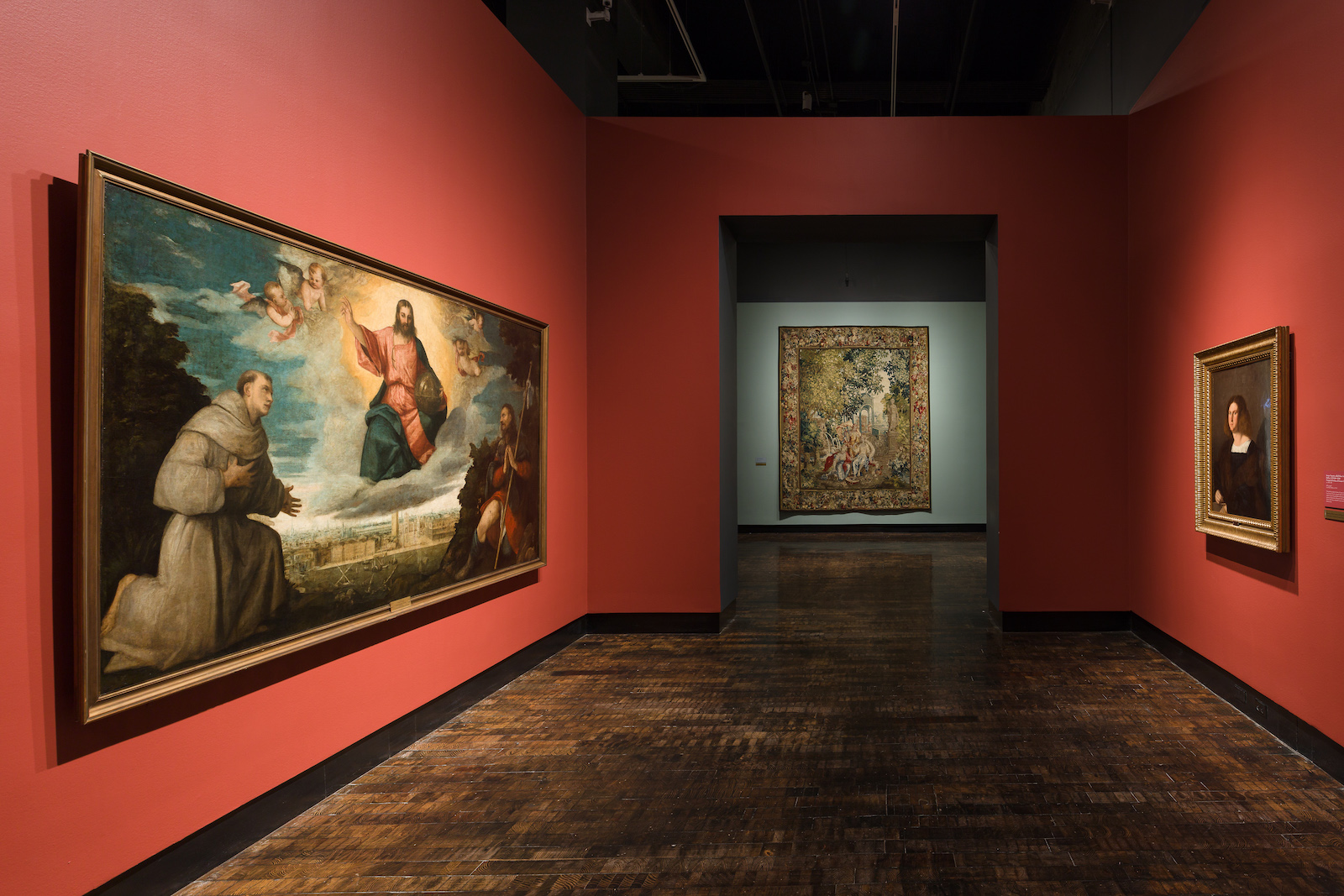 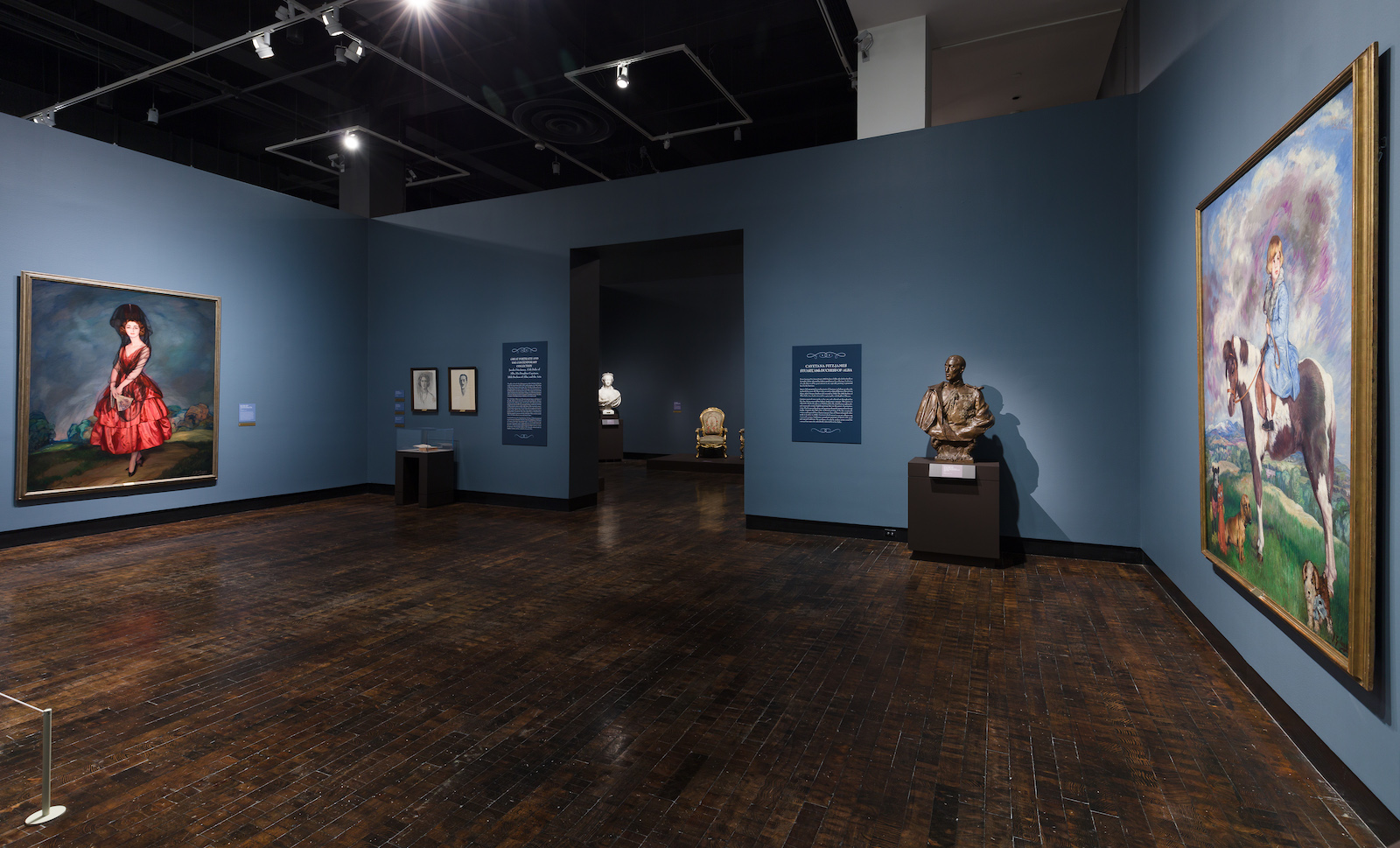 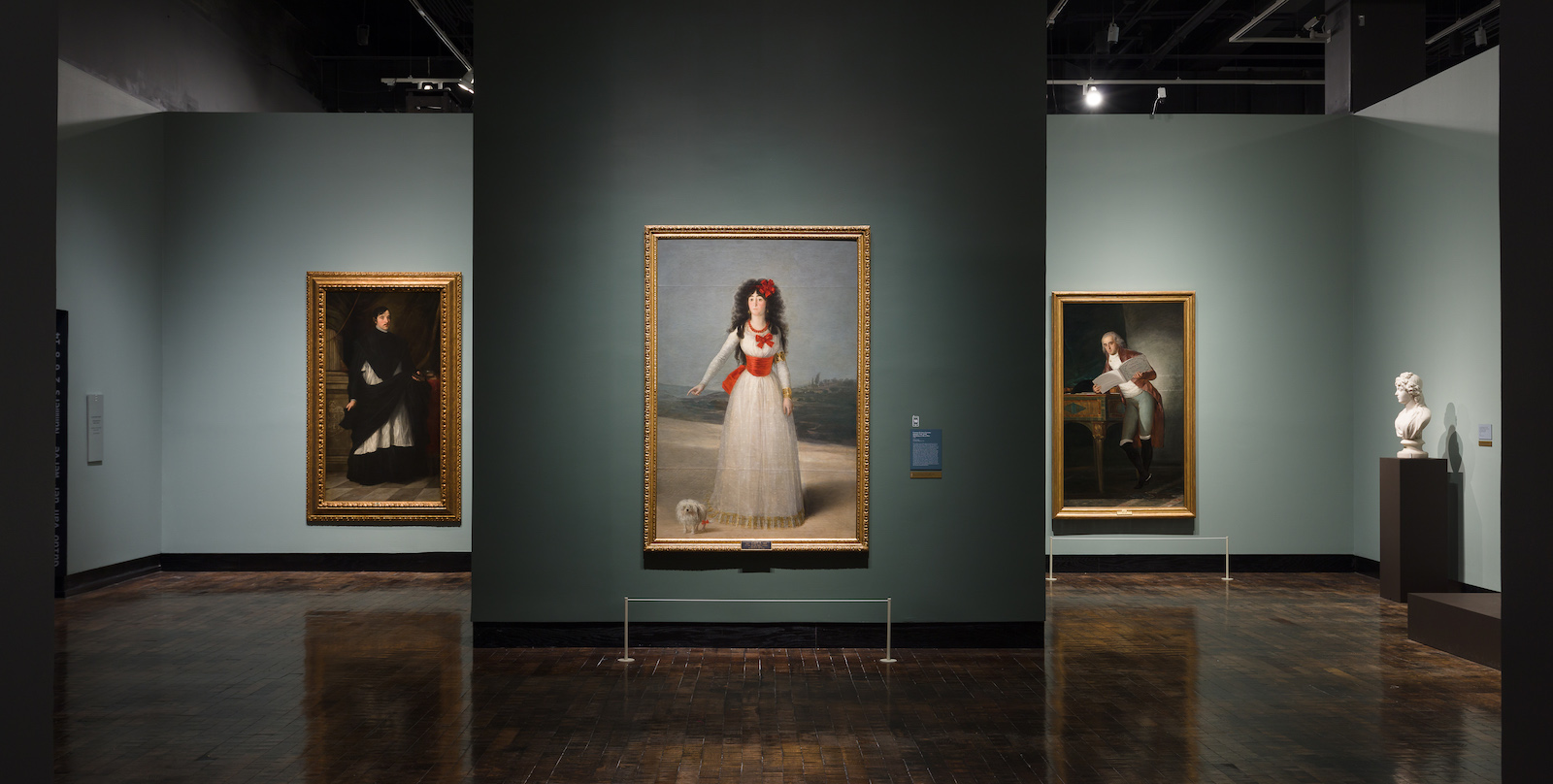 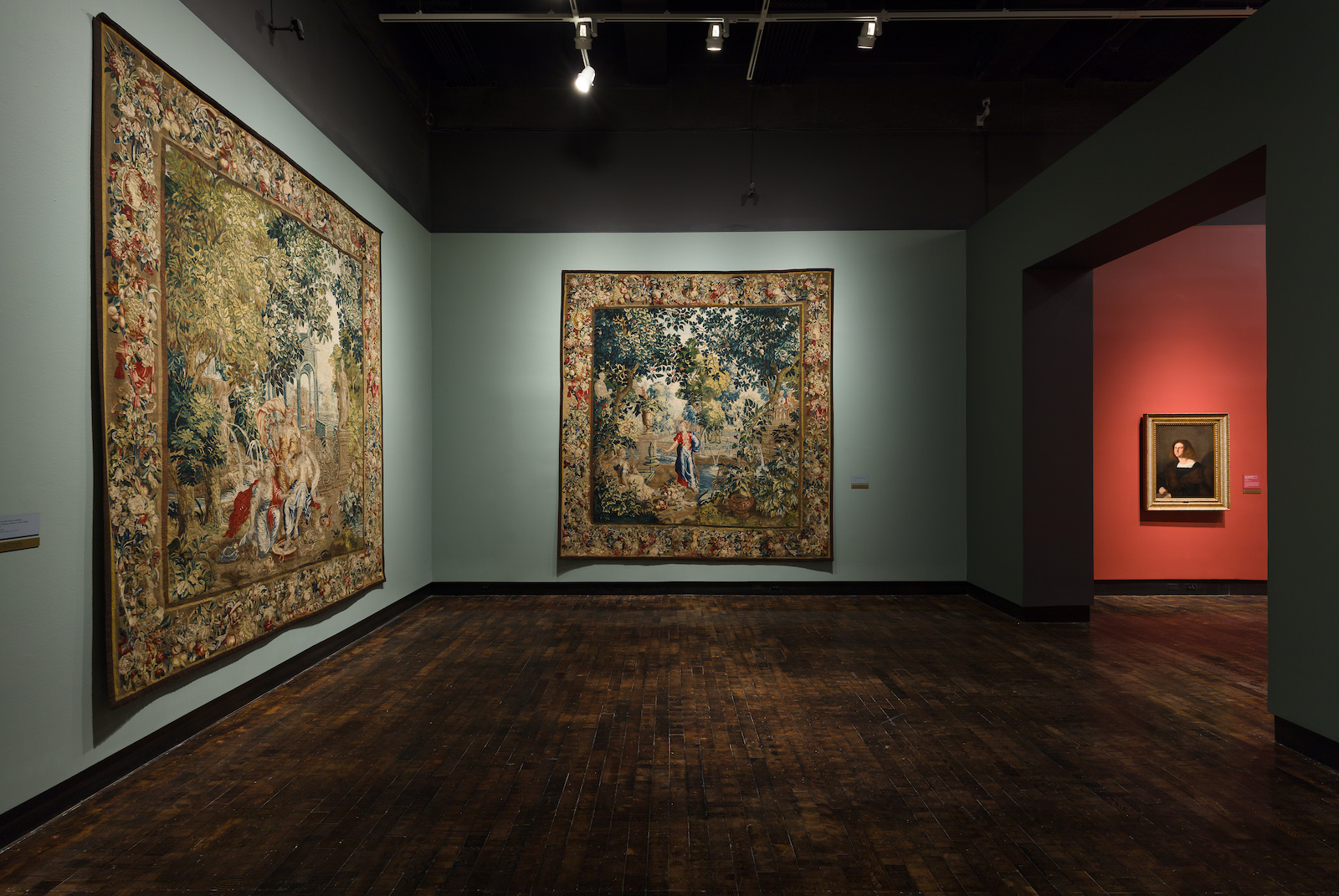 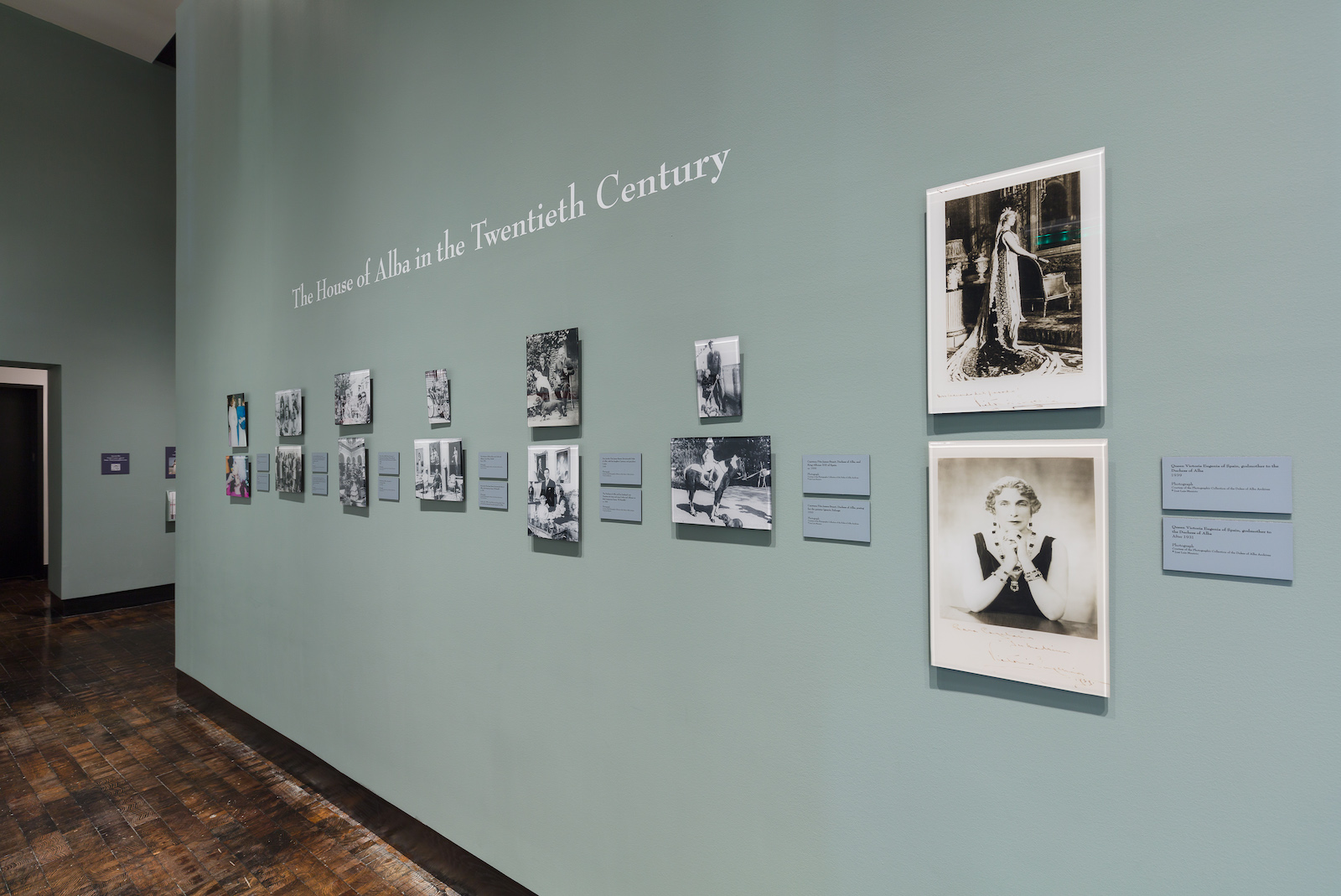 Section 1 was presented from April 7 through 21 and featured work from the Antioch, Cane Ridge, Glencliff, Hillsboro, Hunters Lane, Pearl-Cohn, and Stratford clusters.

Section 2 was presented from April 28 through May 12 andfeatured work from the Hillwood, Maplewood, McGavock, Overton, and Whites Creek clusters.

Created as an opportunity to recognize the artistic accomplishments of Metro Nashville Public School students, the Mayor’s Art Show was launched by Mayor Phil Bredesen during the 1990s. The Frist Art Museum began hosting this annual art show in 2004 during Mayor Bill Purcell’s term.

By 2016, the Mayor’s Art Show had grown so large it was divided into two separate exhibitions. Artist receptions to which young artists, their teachers, and families were invited were held for each section.

Art teachers at each school selected two works per grade level for inclusion in the exhibition. The variety of images and subject matter reflected the diverse backgrounds and ideas of Metro schoolchildren. 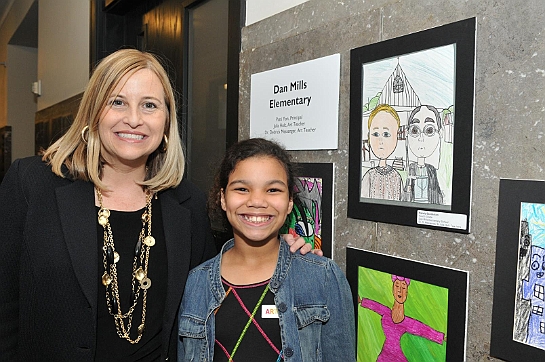 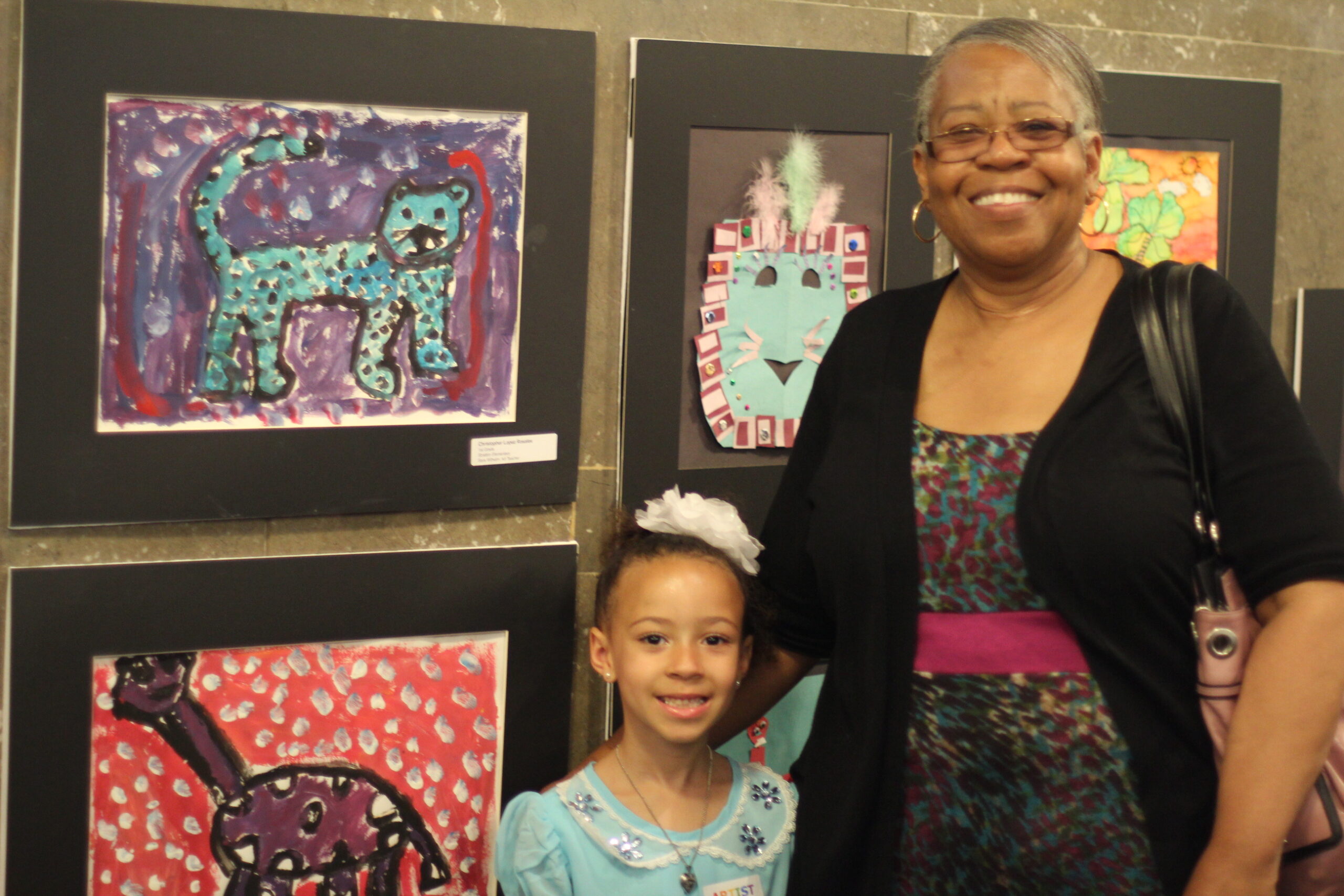 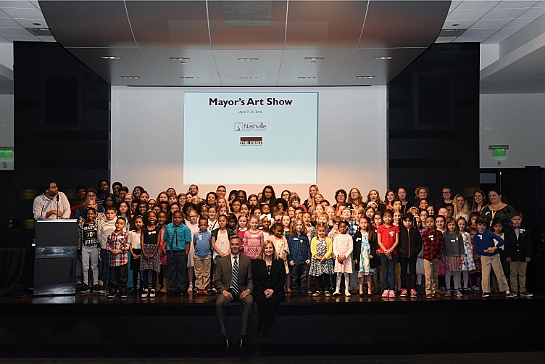 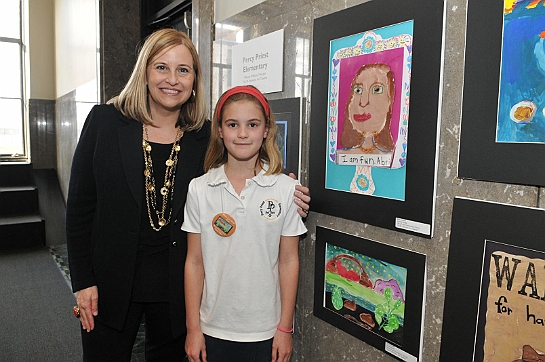 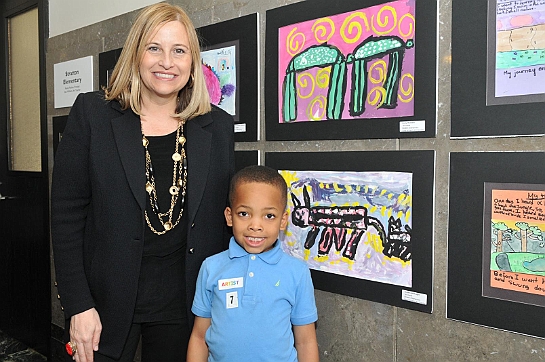 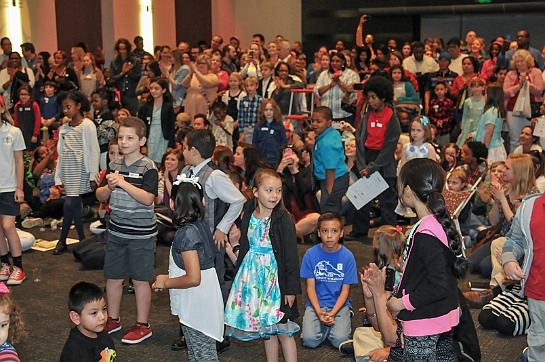 Women, Art, and Social Change: The Newcomb Pottery Enterprise was the largest presentation of Newcomb arts and crafts in more than twenty-five years and offered new insights into the Newcomb community’s enduring mark on American art and industry. With 180 objects that spanned fort-five years of production, the exhibition examined the role that the Newcomb school played in promoting art for the advancement of women and, in turn, New Orleans’s business and cultural communities, which were still struggling from the effects of the Civil War. What began as an educational experiment in 1895 at the Newcomb College, Tulane University’s former women’s college, flourished into a quasi-commercial venture that offered an opportunity for Southern women to support themselves financially during and after their training as artists. Many of the works of the Newcomb Pottery enterprise were inspired by the native flora and fauna of the Gulf South, a style that became immediately recognizable and popular with influential collectors, curators, and tastemakers across the country.

Women, Art, and Social Change: The Newcomb Pottery Enterprise, an exhibition created and organized by Newcomb Art Museum, Tulane University, and the Smithsonian Institution Traveling Exhibition Service (SITES), was made possible in part through the generous support of Henry Luce Foundation and an award from the National Endowment for the Arts, Art Works. 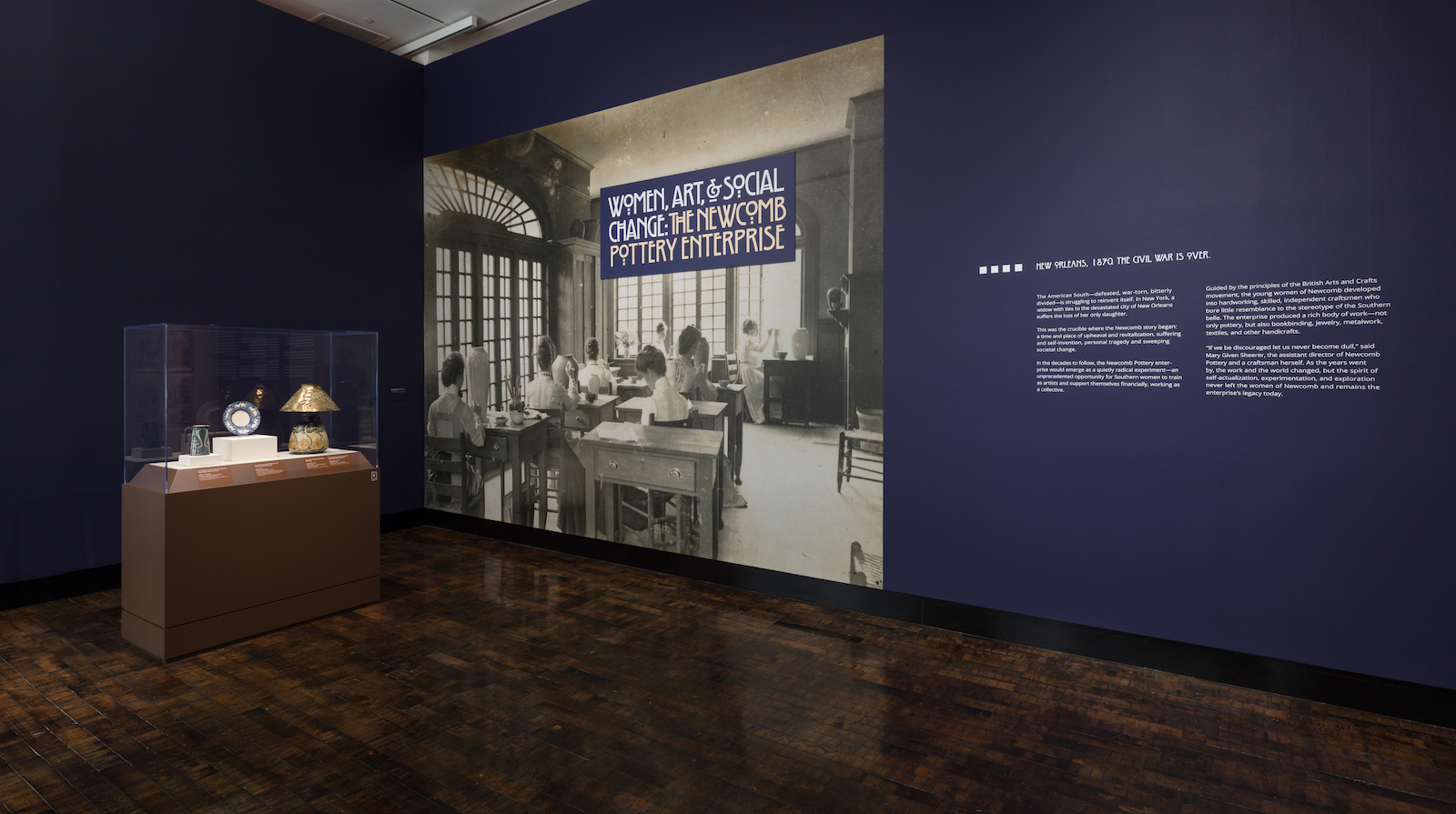 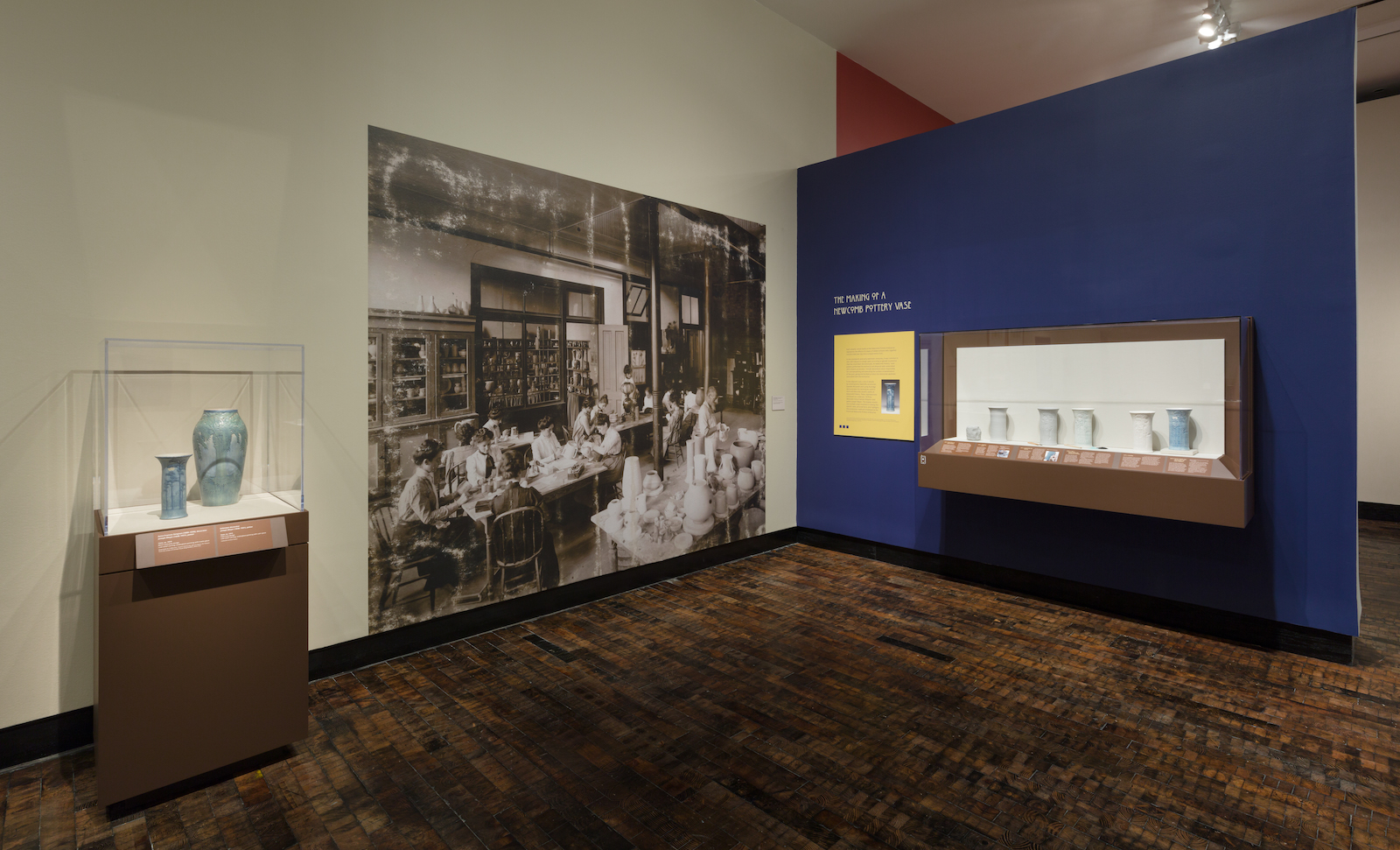 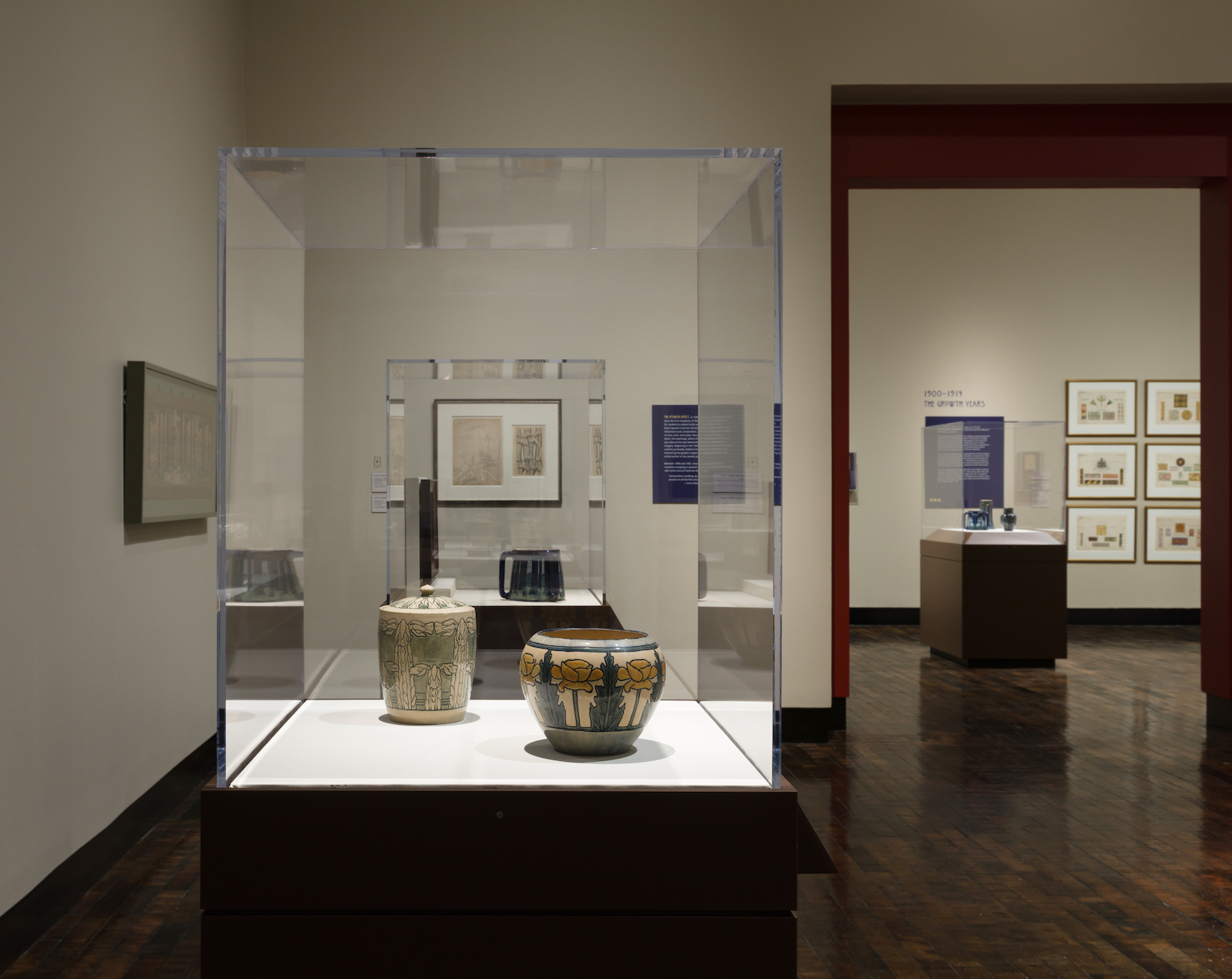 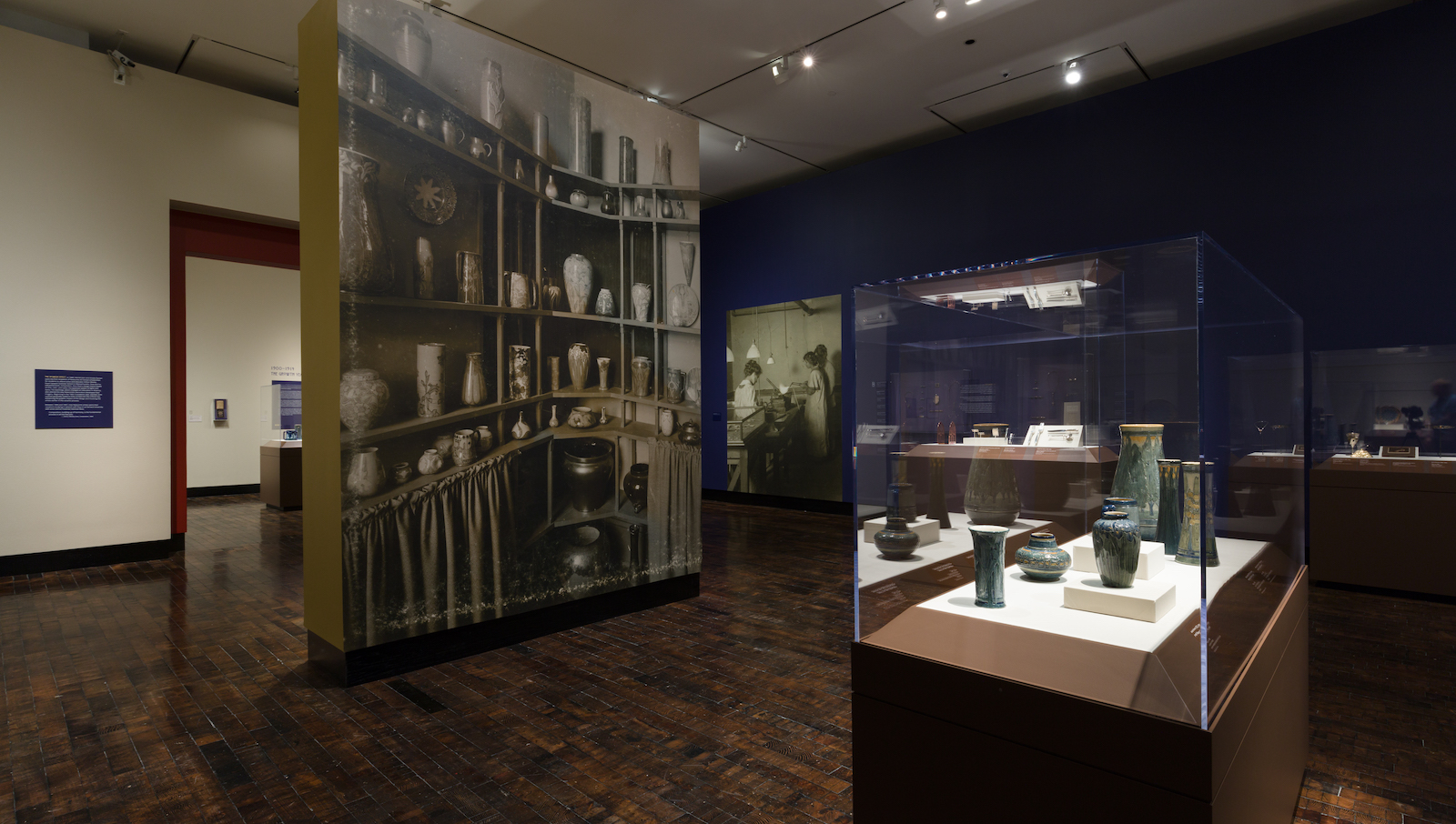 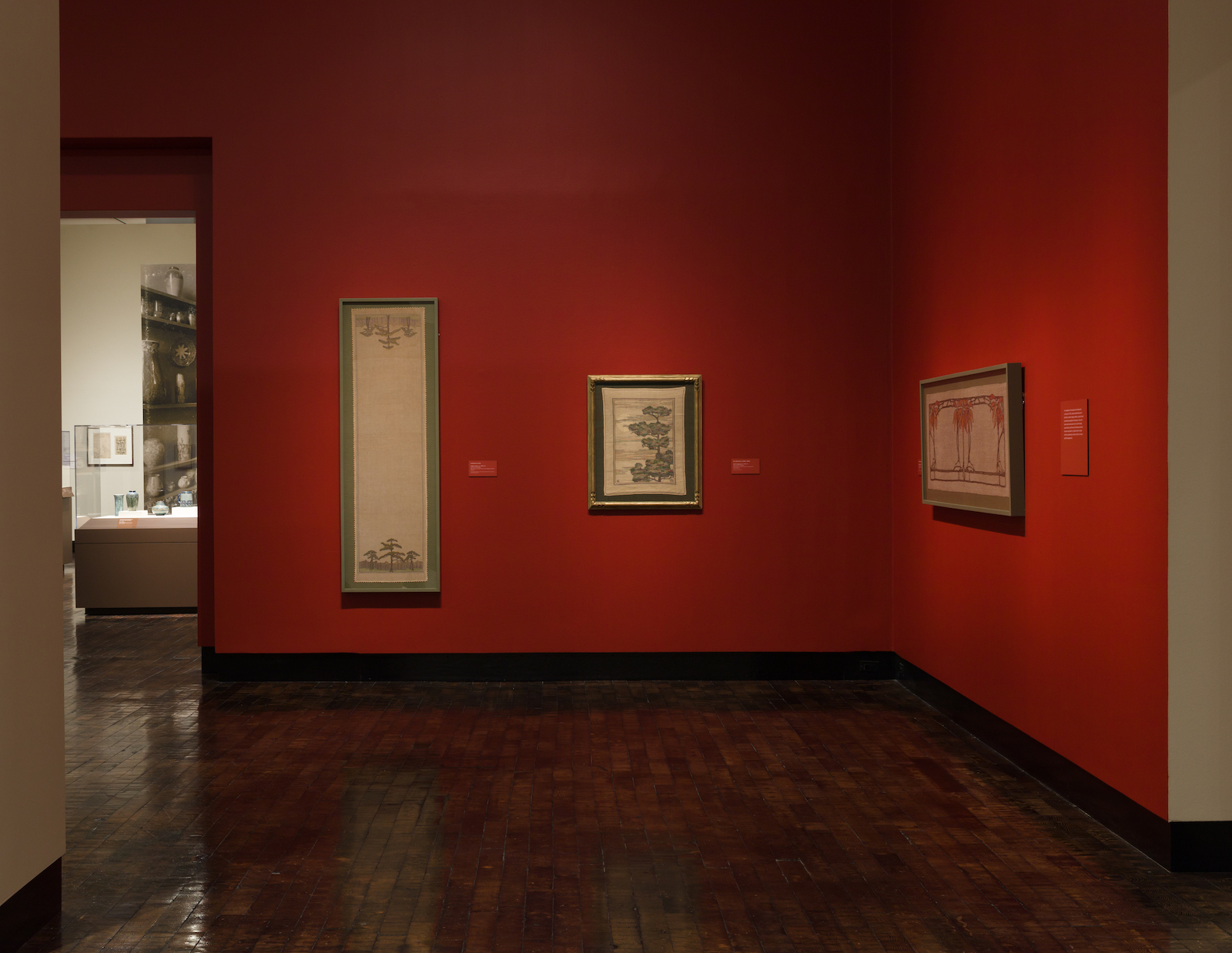